We received a message from K. Carpenter who was adopting a puppy from a shelter and was concerned about the idea that her first day with him would be spent mostly in a car, traveling from the shelter to her new home.

I’ve read Training the Best Dog Ever in preparation for picking up our first dog soon and feel prepared but wanted some input on how to make a good first impression when a majority of our first day together will be in the car with her in a crate in the back.

She is a puppy from a shelter. All I know is she was found on farmland along with three other litter-mates who have already been adopted. She was a little late getting to the shelter as she evaded capture for longer. We’re told she has a shy disposition and appears to be socializing well at the shelter and is around twelve-weeks-old.

The return trip home will be about four or five hours and we’ll arrive home about an hour before my four-year-old son’s bedtime. My wife and three cats will also be waiting at home.

Ask The Dog Trainer: How To Cope With Long Car Ride Home 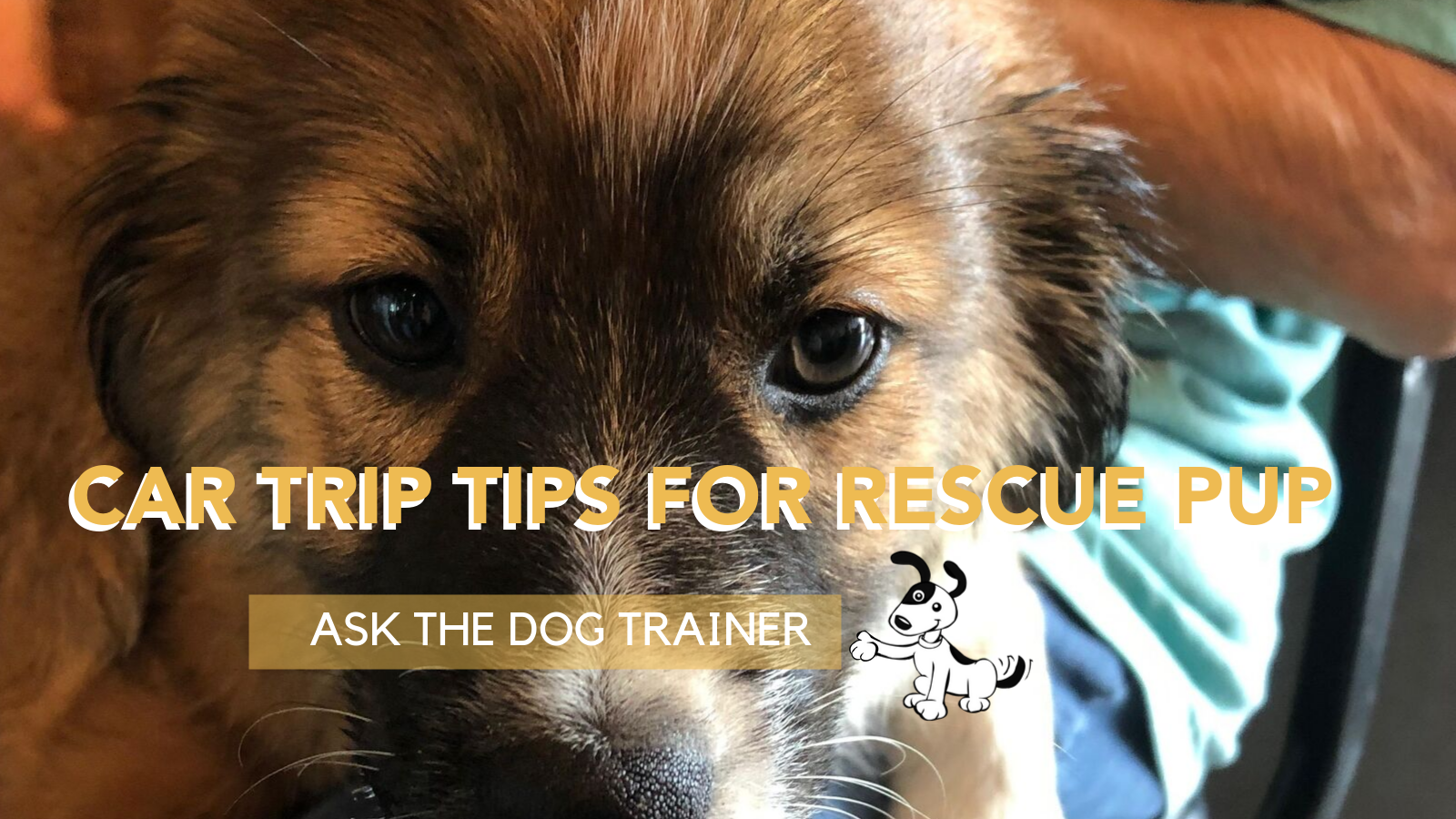 Congratulations! Scout looks like a real cutie. Good on you for going to such lengths to adopt from a shelter.

Hopefully, Scout will be OK riding in the car. Many dogs get carsick, so I recommend bringing lots of extra towels to use as clean bedding. (Also bring a garbage bag to put the dirty towels in if you need to change towels.) Bring some water in a container to clean her up, as she may mess on herself.

Car temperature should probably be around house temperature. It looks like from the photos that you’ll be picking Scout up from someplace that’s near Memphis, and I see that the weather in Memphis will be a little warm and humid. So you may want to give her some airflow without getting her too cold or too hot.

Depending on how she does will determine if you want to feed her at the halfway point. If the shelter can give you the food that she’s been eating, that will be best for now. If you’re switching to another dog food once you get home, you can substitute that little by little once you get home. It’s best to feed puppies small meals more frequently throughout the day.

Bring a water bowl and drinking water. Depending on your crate set up and the bumpiness of the ride, you will want to secure the water bowl in her crate with a towel or use the kind of water bowl that clips onto the inside of the crate gate.

Build in some time for a couple of pitstops so she can pee and perhaps poop. Make sure that her collar or harness is secure so that she doesn’t slip out of her collar and run away, and, of course, use a leash.

Since Scout has a shy disposition right now, she will probably be scared and confused. Spend some time at the shelter acclimating with her. Sit on the floor and allow a trusted person at the shelter to help put Scout in your lap. You may want to put her blanket (with her scent already on it) in your lap to make it even more comfortable when she first greets you. If she gets excited or nervous, she may accidentally pee on you, and if she does try your best to stay calm. If she welcomes touching, speak to her in quiet, soothing tones As you say her name. (If you’re planning to change her name, just tell her “good dog” “good puppy”.) You may also want to hand-feed her a little bit while she is in your lap or on the floor in front of you. Look at the hand-feeding protocol in the book. And thanks for getting my book and using it to prepare to welcome Scout home forever. The book has other acclimation exercises as well.

Similarly, once you get home, don’t overwhelm her. Your four-year-old son will, of course, be very excited. Have your wife explain to him the importance of being quiet and gentle when Scout first arrives. You can acclimate Scout to your son by doing the same introduction protocol that I recommended for you at the shelter.

I’m not sure what your cats’ reactions will be, so I would recommend keeping everyone safe. Hopefully, the cats won’t bully Scout. And hopefully Scout does not have a strong prey drive to go after your cats. Consider using an X pen or playpen at first, as you assess sociability.

Now I’ve given you a lot of instruction – – probably more than you expected 🙂 The bottom line is, be confident, calm and loving as you and your family members welcome Scout home forever.

Let me know how it goes, and consider entering her in Positively Woof’s Facebook “Supermodel of the Week” contest.

How To Cope With Long Car Ride Home With Adopted Puppy

The point about the car sick is probably right on. My experience with the rescue dogs is they are so nervous they do end up getting sick in the car! With that being said, if you want to check with the rescue center to see if they can ask their vet if they can give Scout Dramamine (Medication Safety Note: check with the shelter and a veterinarian whom you trust whether this is safe for your dog, and if so, the proper dosage, or alternatives) before the long car ride. 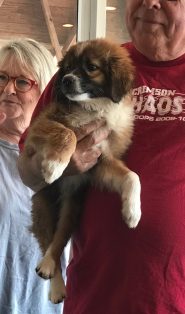 In addition to sitting on the floor and getting acclimated to Scout, you should take her for a short wal

k just before getting her in the car; a walk can be so powerful for bonding with your pup.

If you have a friend who wants to take the ride with you, you could sit in the back with Scout and let your friend drive home.

I also love the suggestion about making sure Scout has a collar and harness (I would recommend the EasyWalk Harness), on while making pitstops. Maybe even clip a carabiner on the collar and the harness for the extra security so she if she slips out of one she is still attached to the other.

Definitely, when you get home, you should go for a walk before bringing the new puppy into the house and also make sure she has a “safe space” for her to go to if she needs to relax. Consider bringing someone with your son’s scent on it and put it in the crate in the car as that might be helpful as well.

If you have a question For The Dog Trainer, please submit it here and we may feature your story and question.