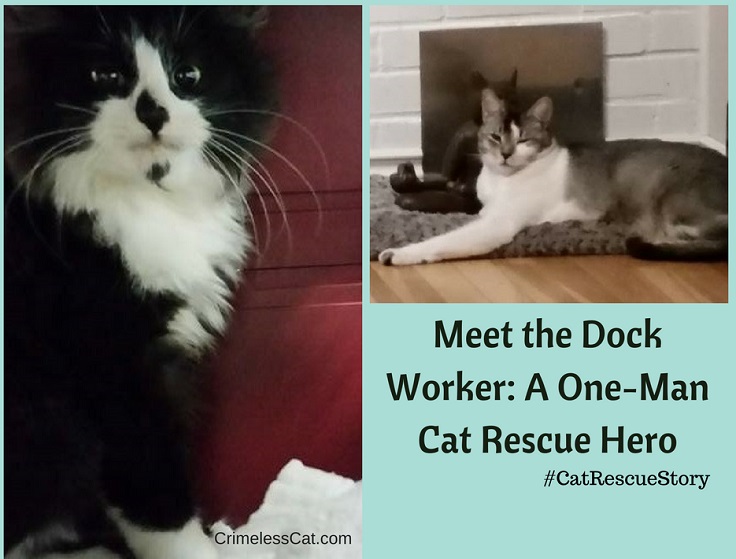 When I think of cat rescue advocates, I am not certain my thoughts would turn to a stevedore in Washington State as a tireless cat rescuer, but I would be mistaken. Mark Sheehan works on the docks on the Duwamish River in Washington State and about ten years ago he said he noticed a lot of cats in the area. “Of course, they’d been there the whole time, I just began noticing them,” he said. “One day I was working in one corner of the terminal and noticed a cat about twenty feet away from me. He was milling around and weaving in and out, looking at me the whole time.”

Mark said it dawned on him that on that cold, wintery day that the cat was probably cold and hungry. “I went to a local convenience store and got a couple cans of cat food and gave it to him.” The next day, Mark said, the cat was back and, “He’d brought a buddy with him.” Again 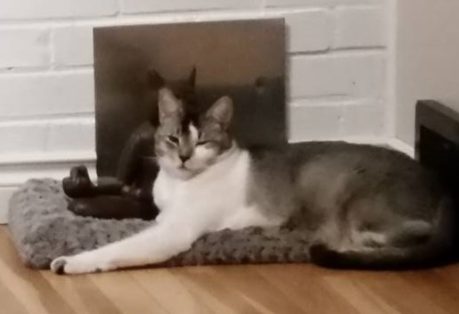 Mark got cat food. “It turned into an every day ritual.”

A few months passed, spring came and lo and behold kittens emerged. “I had a feeling of dread for them,” he said. “I worried their lives would be full of misery if they stayed on the docks.” It was then he knew, “There must be something I could do to help them.”

Mark kept feeding all of the cats who came around and started looking around on the Internet to find a way to “help these guys.” He went through various agencies that didn’t really do anything; “They said an awful lot, but didn’t have resources to help.” He set a couple of humane traps so he could capture them and take them in to be spayed and neutered.

“I found an agency called South County Cats  who offered certificates you could use at a Renton area veterinarian’s office and they would spay or neuter the cats.” Mark was determined to, “trap the cats and bring them there to get fixed and then release them (your basic TNR program).”

Thanks to the power of the Internet, Mark corresponded with a local lady and discussed ways to go about the TNR he had in mind. “My experience to this point was there are many experts out there (of which most of them actually didn’t do anything at all but tell you what you should do.) I was very encouraged by her approach and her actions; she actually was heavily involved in the TNR program.” 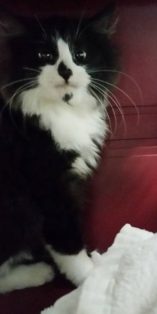 arned many techniques from her and she also offered a shelter for the cats after they were trapped, but before they went to the spay and neuter clinic in Lynwood, WA. “She (Pam) provided transportation to and from the clinic.”

Pam is from Feral Cat Assistance & Trapping Program. “As it turned out I was one of a few people who were doing TNR and she was providing shelter and transportation.” 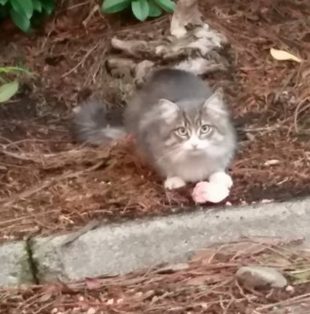 neutered to this point — and return the cats in a seamless manner. “I was off and running!”

A revelation for him was how many of the cats he trapped that were friendly. “People must just dump their family pets down at the docks thinking they will survive.”

What it truly means, though, is that until Mark stepped in, those former family cats were handed a death sentence. “I have a few feed stations for the cats because there’s just not enough rats to go around. (Rats are a constant on the docks).” Another issue though, even if there are rats around, many of these cats will not have the survival skills to catch a rat for a meal.

“This is not a cheap endeavor,” he said. “My guess is that most people think I’m crazy for saving these cats, but oh, well.”

Mark said he plans on retiring as a dockworker in a few years. “I am not sure where I’m going to come up with the money to continue but I’m working on that. Stopping is not a option.”

He posed a question that sends a chill into the hearts of all animal lovers, “The area I trap in is just not that big and I can only wonder how many cats are getting set free all over the city?”

Mark will continue to do his best with the resources he has at hand (and it’s not a cheap undertaking, he said). “I believe it’s worth it! Over the years I have found a few litters of kittens. And I’m proud to say I’ve found homes for them all including my home (I’ll keep that number to myself).”

This stevedore will continue to trap feral cats, get them spayed and neutered and release them. “The friendly cats will go to a shelter where they will hopefully find a good home.”

Mark said he hasn’t found any kittens in the past three years. “I think I’m making a difference.”

Editor’s Note: We KNOW you are making a difference!