Stephanie House shared the story of how, in September, 2014 when she lived in the Town of Pine Bush, “There were many strays around my home, and because I’m an avid lover of animals and a longtime cat lover/owner, I have always tried very hard to help them.” 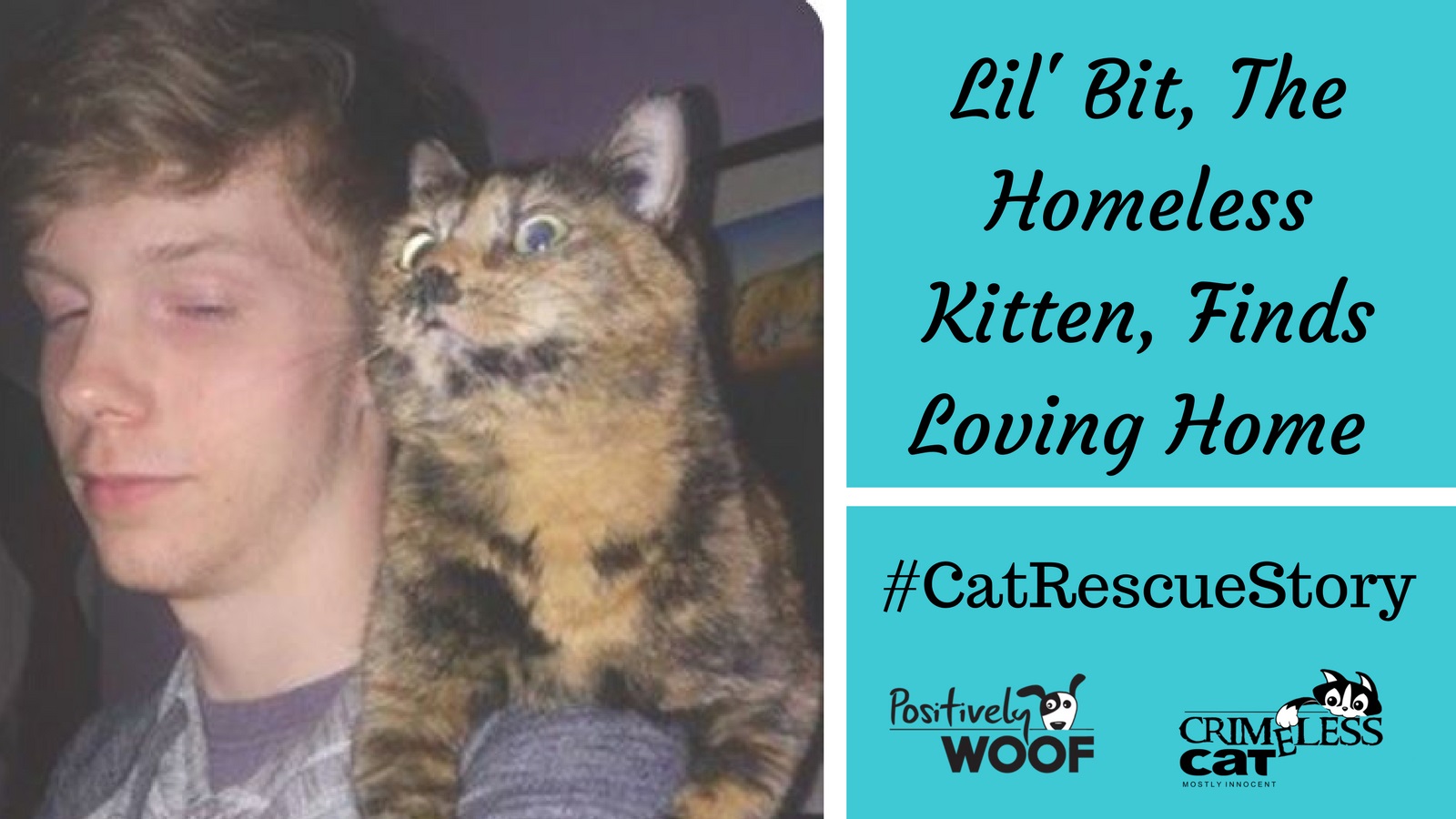 She had a few strays she’d been feeding. She also made shelters for them to protect them in the colder months. “I would work on trust, and when I established that I would grab them and try to get them spayed or neutered.” As a single mom on an extremely tight budget, she needed to find a veterinarian to work with her to accomplish that. “I’d make payment plans to get them their vaccinations, too.”

One day she noticed Lil’ Bit outside with her mother and a baby brother. Her neighbor mentioned the kittens had been born on September 2, 2014. “I tried to rescue all of them, but only got Lil’ Bit. She was three-weeks-old, extremely tiny and terrified. I brought her in, fed her and warmed her up.” Stephanie carried the kitten around in the pocket of a hooded sweatshirt.

“She took a liking to my then 15-year-old son, Michael. She would climb up on his shoulders. He could walk around the house with her and she’d wrap herself around his neck like a scarf.” It’s a habit that even almost three years later Lil’ Bit still does. “She adores Michael and cries at him when he walks in the door.” 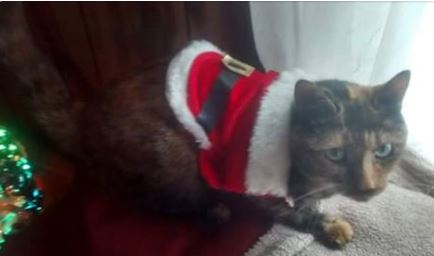 When you’re sitting on the couch watching, or if you’re on the computer, Stephanie said that Lil’ Bit will come to the side of you and keep tapping you on the upper arm until you pay attention to her.  “If you continue to ignore her she will use both paws and nudge you.”

Making friends with the other family cat

“Our other cat, Kali, also a rescue, has “adopted” Lil’ Bit,” Stephanie said. Kali is about five-years-old. Stephanie recently took in a four-year-old male cat whose son developed an allergy. “I now have five cats! Lil’ Bit is timid, but likes our newest addition, Felix.” Lil’ Bit is a happy, healthy cat, but she is dainty — a mere four pounds. “She’s got the daintiest, but very loud cry/meow and loves to lay on her back with the tips of all of her paws curled in. She’s also very well behaved, doesn’t scratch the furniture and loves to lay on your lap with her head nuzzled into your folded elbow,” Stephanie said. 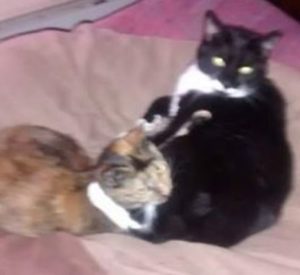 Stephanie and her neighbor did catch Lil’ Bits’ mother and brother and found them homes. “I kept Lil’ Bit because she was just so tiny and I was worried about giving her to someone that wouldn’t care for her needs, being so small.” Lil’ Bit is fortunate to have found such a loving home and Stephanie added, “We live on forty six acres of wooded land and she loves to lay in the windows or on the cat tree and watch the birds, foxes, deer and other wildlife.”

Editor’s Note: It truly sounds like Lil’ Bit and her other rescued family are living a fantastic life!