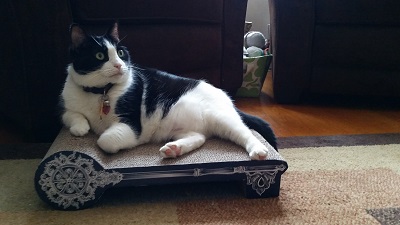 When asked to share the story of Lola, Dawn White, author of Lola: Diary of a Rescued Cat shared, “I come from a family of cat lovers, and I can remember having a cat in the house most of my life.” As an adult, though Dawn said she had lived in places for the past sixteen years that didn’t allow pets. But that all changed in April 2010 when she was in a pet store with her family buying supplies for her niece’s new puppy.

She recalls, “The Hudson Valley Humane Society was having an adoption event, and I instantly fell in love with a beautiful black and white cat named Lexy. One week later I went back to pick her up and bring her to her forever home with me. I always say that was the best decision I ever made.”

Eight months later, Dawn decided that Lexy needed a companion. She adds, “who can have just one cat, anyway?” She began looking for another rescue cat and on Facebook one night she was on Facebook looking for someone to help her trap a stray that had been living behind her building. She came across a page for a cat-sitting business in her town. “I needed a sitter and looked at the page and there was Lola’s picture. Who could be so heartless as to throw an animal in a dumpster?” she wondered. Dawn said the cat looked pathetic, sick and 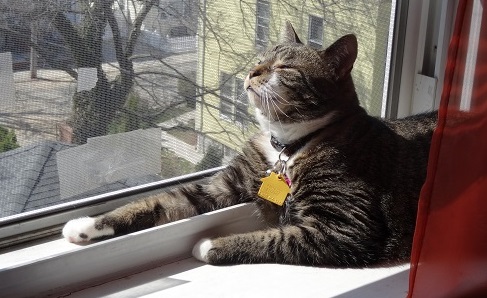 neglected. “There was something in Lola’s eyes that drew me to her immediately.”

A few days later, Dawn stopped by the vet where Lola was being cared for. “I just stopped by to show support,” she said. “I wasn’t immune to Lola’s charms and within five minutes I had adopted this three pound cat who had a face full of mucus. She was sick and week she couldn’t even meow.”

Now a healthy, happy cat Dawn shares, “Adopting her was the second-best decision I ever made.”

Do you have a cat rescue story? Did you adopt a cat? Did a cat rescue you? We’d love to feature you on our Facebook pages.