Viola S. wrote to us and shared her #CatRescueStory. She started her story by telling us that, “We are dog people. We never had cats or kittens.” That all changed several years ago when an, “ugly, pregnant cat gave birth to four kittens.” The kittens were born in the neighbor’s back yard and Viola would catch a glimpse of them from time to time. “My husband, Al, would play with then and we took them in for the ‘catch and release’ program.” 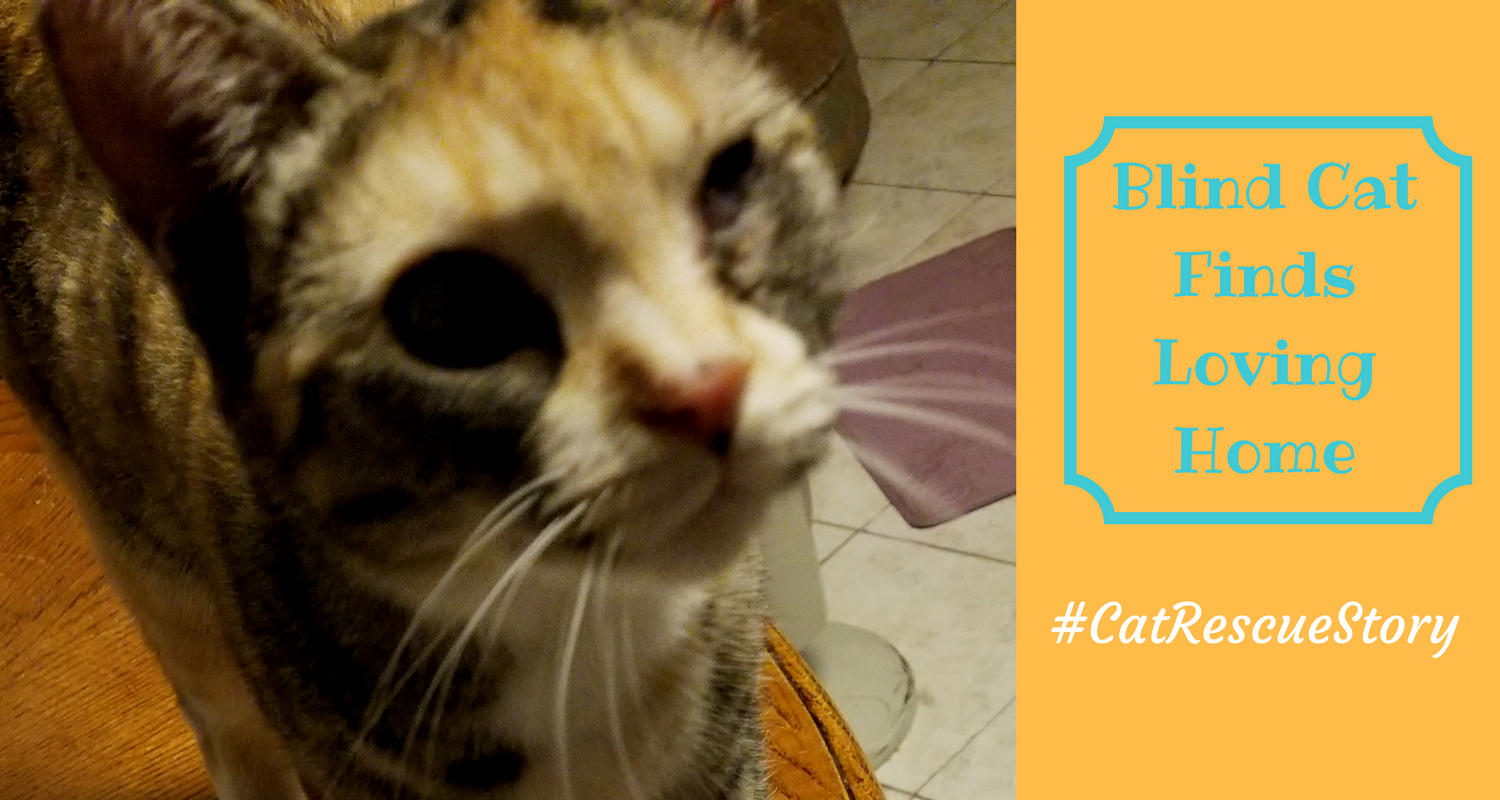 Al started to bond with a kitten they called the Runt. “We had her fixed and one night when we let her out, she never came back.” It affected Al. “This last year was a rough one for Al. He was suffering depression.” Viola said he wanted another kitten but they already had three dogs and she wasn’t keen on indoor cats.

“Then along came another ‘ugly kitten.’ We had her fixed, but she went missing.” Viola said she and Al put up posters, went on Facebook and did “anything we could to find her.” Thankfully, after about nine days she came home. “We have named her Sweetpea,” Viola said. “She’s blind in one eye and partially blind in the other. She is a complete indoor cat and is extremely spoiled!”