Heartbroken kitten loses his two brothers, but when he meets another lonely kitten both of their lives change!

Spunkee and his two brothers, Sparkee and Spankee, were rescued from a high kill shelter when they were just five-weeks-old. The tiny kittens were afraid of humans and their foster mom worked with them every day to get them comfortable with people. Even though they were shy with humans, they took comfort from one another. Spunkee, in particular, was very bonded to his brothers. He loved romping around and snuggling with them.

Unfortunately, Spankee started showing signs of a fatal disease called FIP. He passed away when he was just eleven-weeks-old. Three months later, Sparkee succumbed to the same illness. Lonely and heartbroken, Spunkee wandered around crying and searching for his lost littermates. 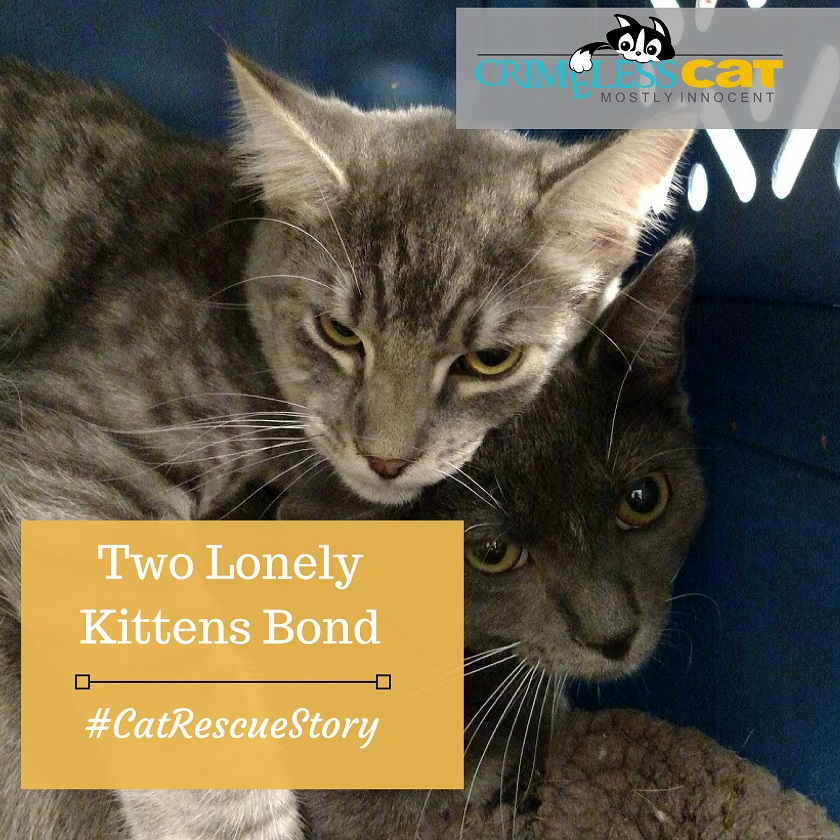 Around the same time, a group of nine beautiful gray and silver kittens were rescued from a feral colony and brought into foster care. Eight of the nine kittens were adopted, but one, a silver tabby named Hushpuppy, was passed over and became lonely and withdrawn after his siblings left.

All this changed when Spunkee and Hushpuppy met each one another. The two kittens became instant friends and loved playing together.

Spunkee and Hushpuppy have been overlooked by poitential adopters because they are extremely shy and tend to shut down at adoption events. The photo of them here shows how they huddle together when they’re at an adoption event.

They have been in foster care for more than a year and are still awaiting their forever family. It may take time to gain their trust, but they are loving and the effort would be worth it!

Hushpuppy is an extremely lively boy while Spunkee is described as having a dog-like personality; he will follow you around. He snuggles with his foster mom and has a deep rumbling purr. They are being fostered in Richmond, Virginia, but we will consider out-of-state adoptions if the adopter can travel here to pick them up.

Please share and help us keep these adorable “brothers” together! They take so much comfort from one another, especially at the adoption events when they are so nervous, and they deserve to live out their lives together.

Share your Cat Rescue and/or adoption story with us.