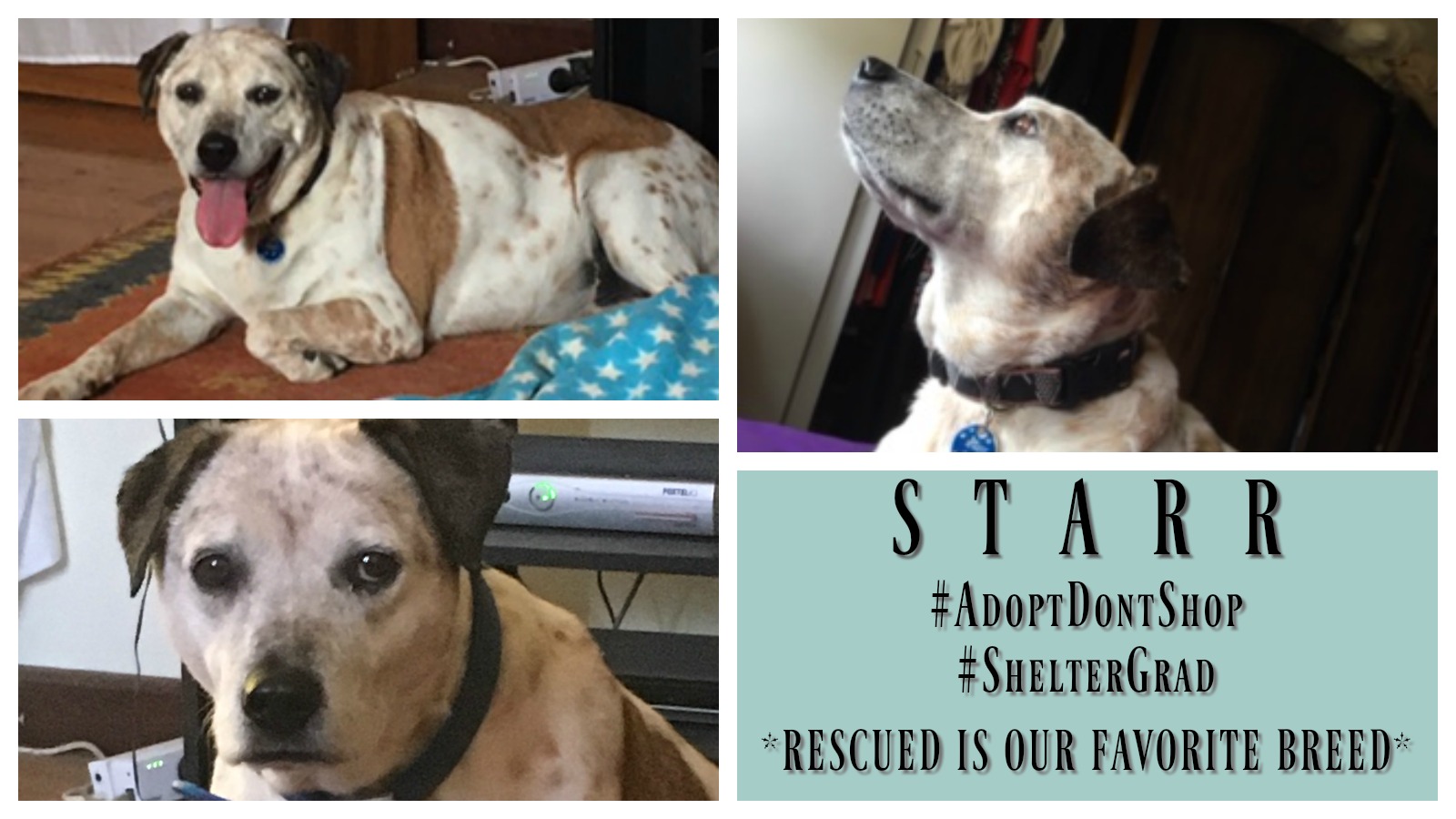 13 year old Starr was adopted from the RSPCA when she was just 18 months old.

Her forever family believes that sadly, she had been hit with a broom or mop when she was growing up. When they first brought her home, she would cower whenever she was near one.

Initially, Starr came home to a house with her forever parents, two young children, and a cat named Sooty. Starr and Sooty were best friends! The kids and Sooty have since moved out and Starr now lives a happy and pampered life with her parents on the Central Coast NSW.