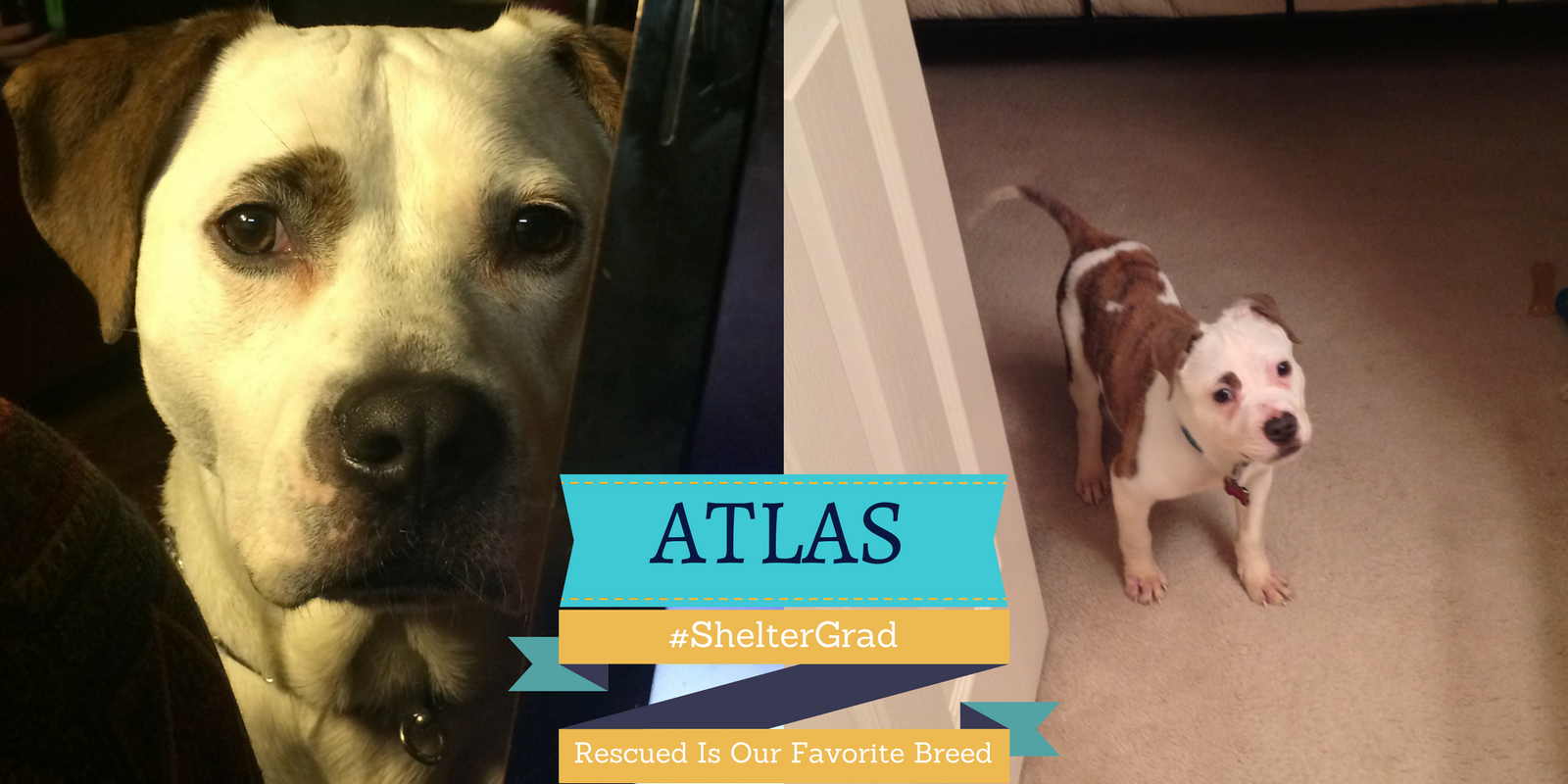 Atlas’ forever family was told by Hamilton County Humane Society staff that he was about three months old when they adopted him. He was so tiny for three months! Less than 10 pounds. When he was rescued, he had urine burns on his coat from when his abuser had just left him in his own urine for hours or days. His coat was also dull, patchy and brittle. He was so malnourished that he had rickets: his feet were splayed and he couldn’t walk properly because his joints were so weak. Three and a half years later and Atlas still has joint problems. His back legs are comparatively weak to other dogs of his type and he has an occasional limp.

Sweet Atlas was very obviously abused by a man, as he is still very wary of males. After not having food for his first few months of life, Atlas understandably had behavioral problems around food (and toys) when he was first rescued. He may have been used as a bait dog as he has dog aggression problems, but his brother (who actually lives just down the street) does not, and Atlas was socialized extensively after being rescued. 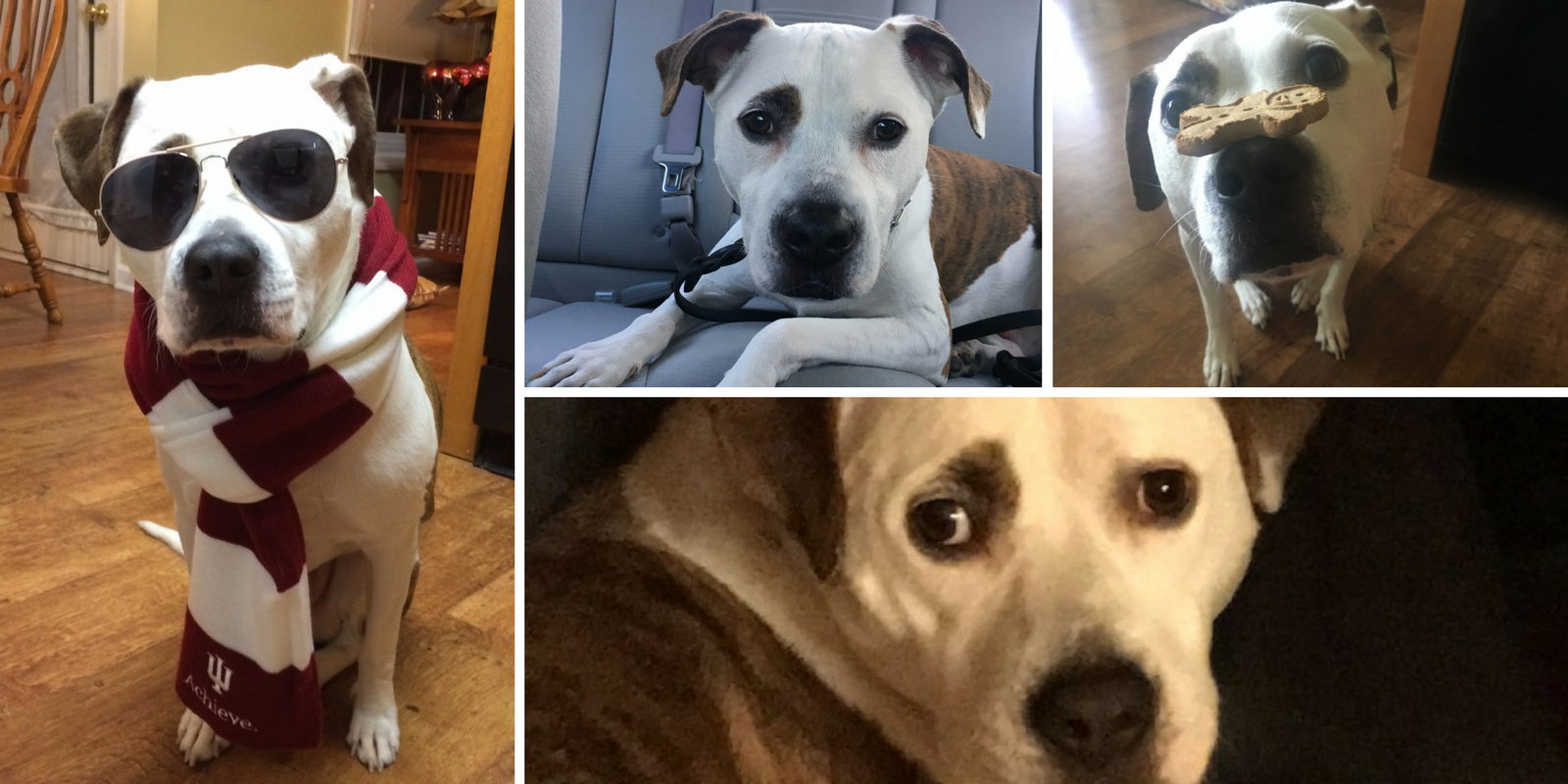 Atlas is the sweetest dog his forever mom has ever met. He is smart, obedient and just wants to please. He has quite a few quirks given his rough start, but those are well managed after training. He is loyal and trusting…it’s unbelievable that someone could have hurt him. He’ll turn four years old next month and his family can’t imagine life without him.

Oh!?! Why hello there! #adoptdontshop #tongueouttuesday

#TBT to when I was a cow for my very first Halloween pawrty. Moo. #adoptdontshop #thatfacetho #moo

When going back to work has you exhausted. #adoptdontshop #wipedout

Was that the treat bag??? #adoptdontshop #treatseverywhere