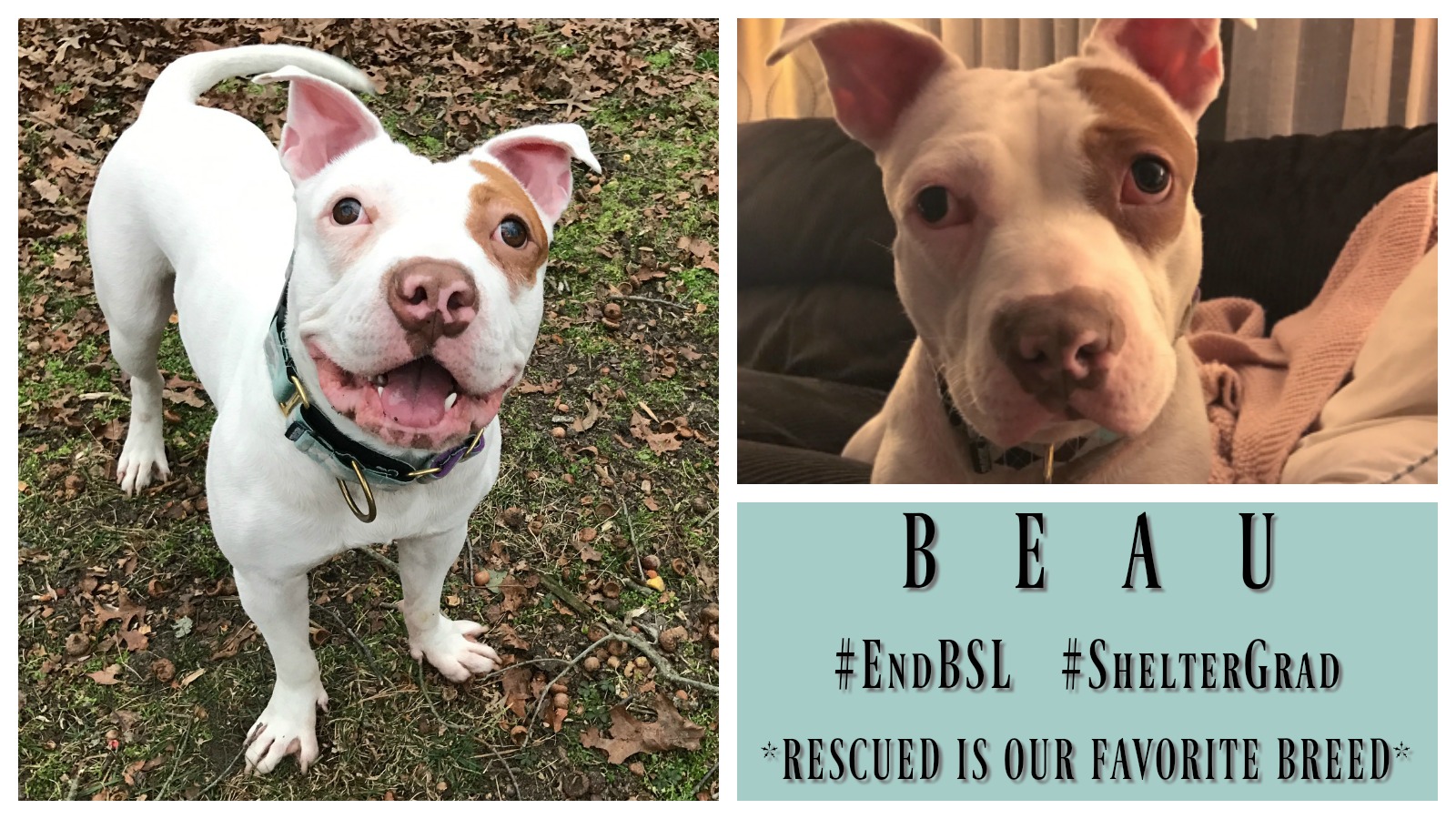 When Kylie was five years old, she was severely bitten by a family dog. The dog was NOT a Pit Bull. The dog didn’t mean to hurt her. She was a child and at eye level with the dog. She went to hug her, and the dog got nervous. Bam. There was a quick “don’t do that” warning, but it was too late. Kylie’s face was bitten and she had many, many stitches. (Flash forward to today…she has almost no scarring and no fear of dogs, whatsoever.) 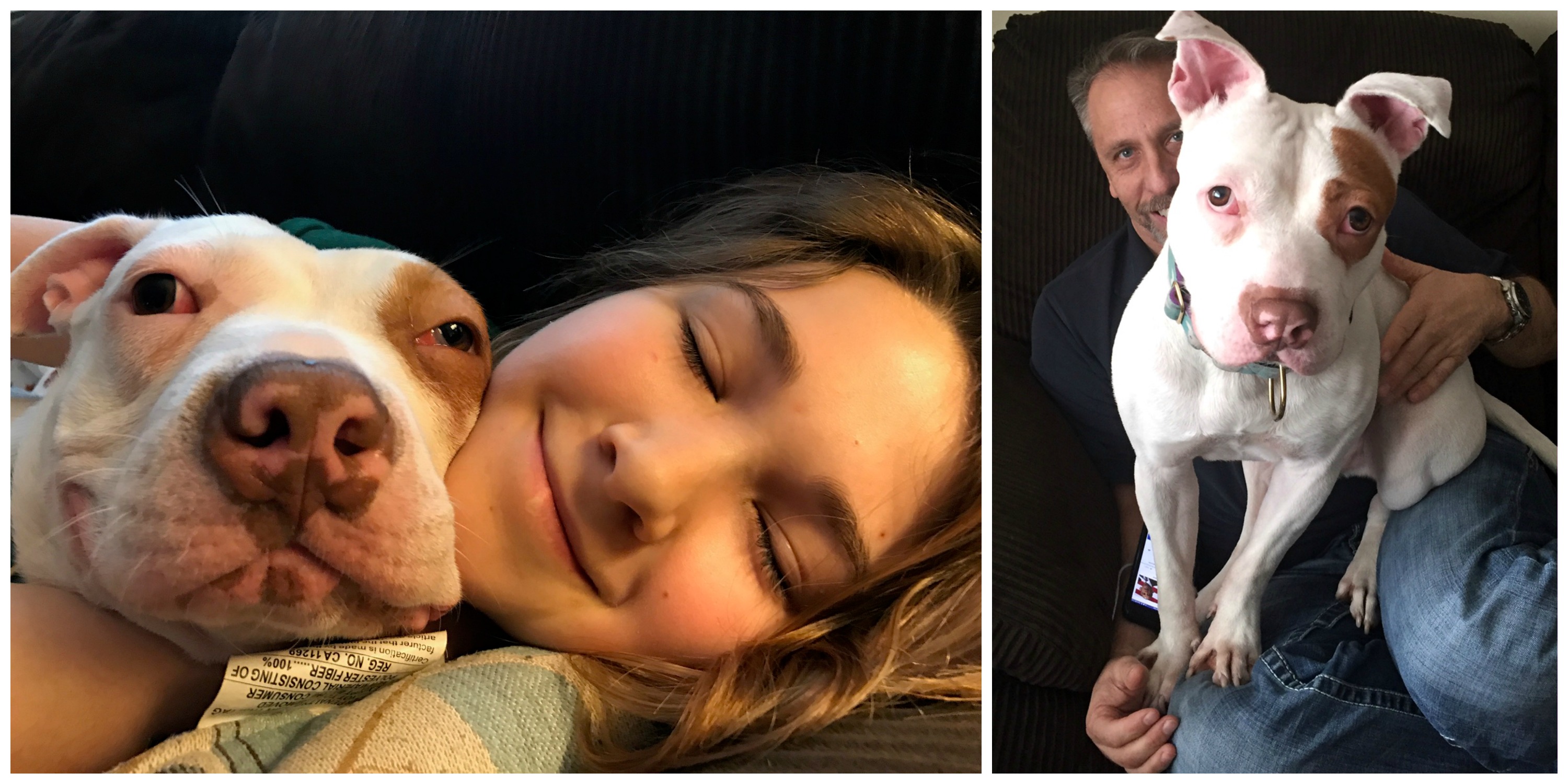 When Kylie was bitten, her dad, Bill, was beyond upset. He was so mad that he called animal control to collect the dog (something he would only do in the most dire circumstances). He had a long talk with the animal control officer. Bill asked him what kind of dog he should get that won’t bite his daughter or any one else. His answer…a Pit Bull. 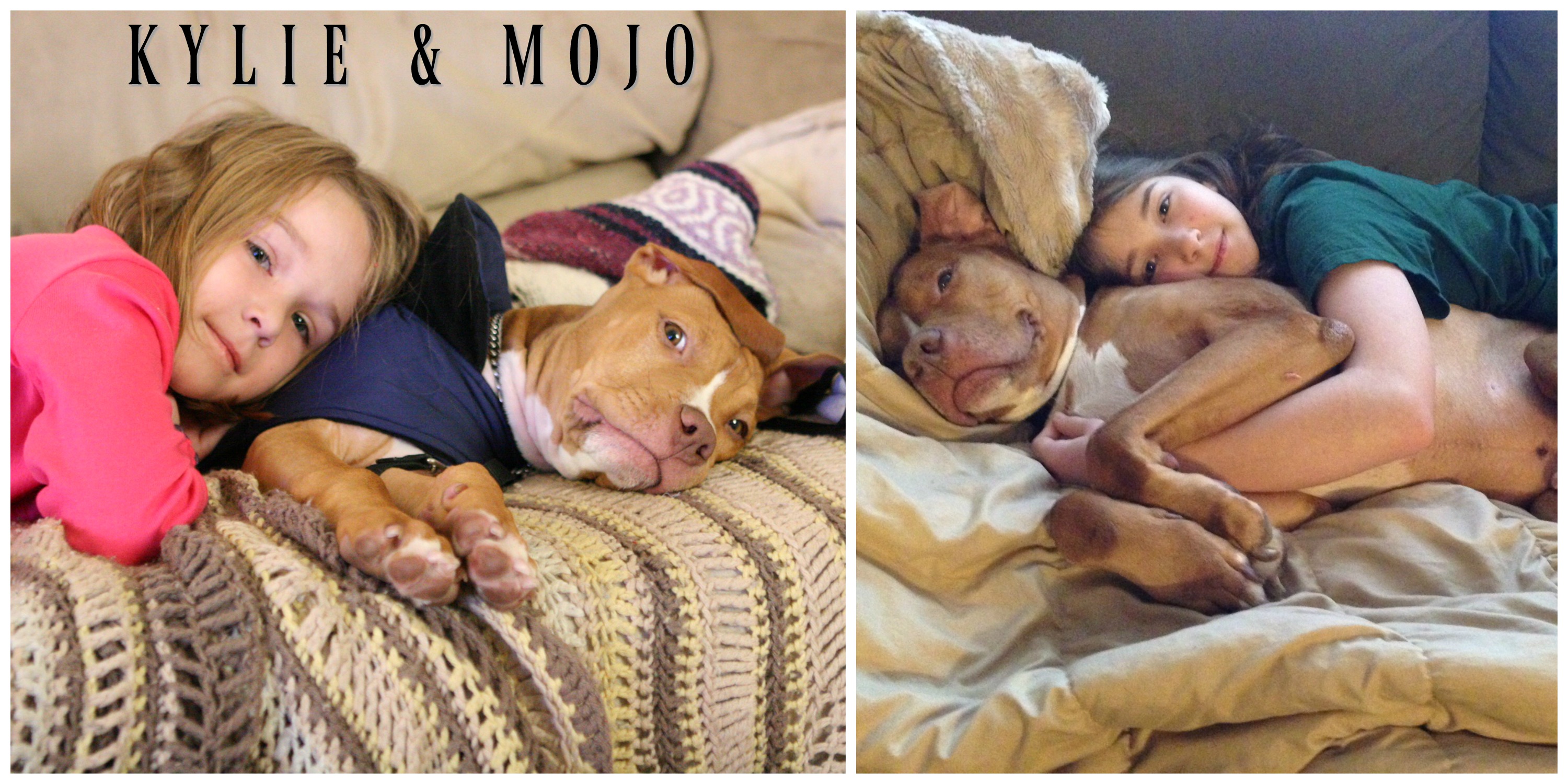 Bill was married at the time. He asked the animal control officer to repeat that so he could record it, as his (ex) wife would never have believed it. So, through an interesting chain of events, Bill and his family added Mojo, a Pit Bull, to their family.

Mojo proved the animal control officer to be 100% correct. He was the most amazing dog. He was affectionate, fun, and was never, ever, EVER aggressive. Nowhere close to it. Anyone who had anything negative to say about Pit Bulls within earshot of Bill or Kylie always got an earful. 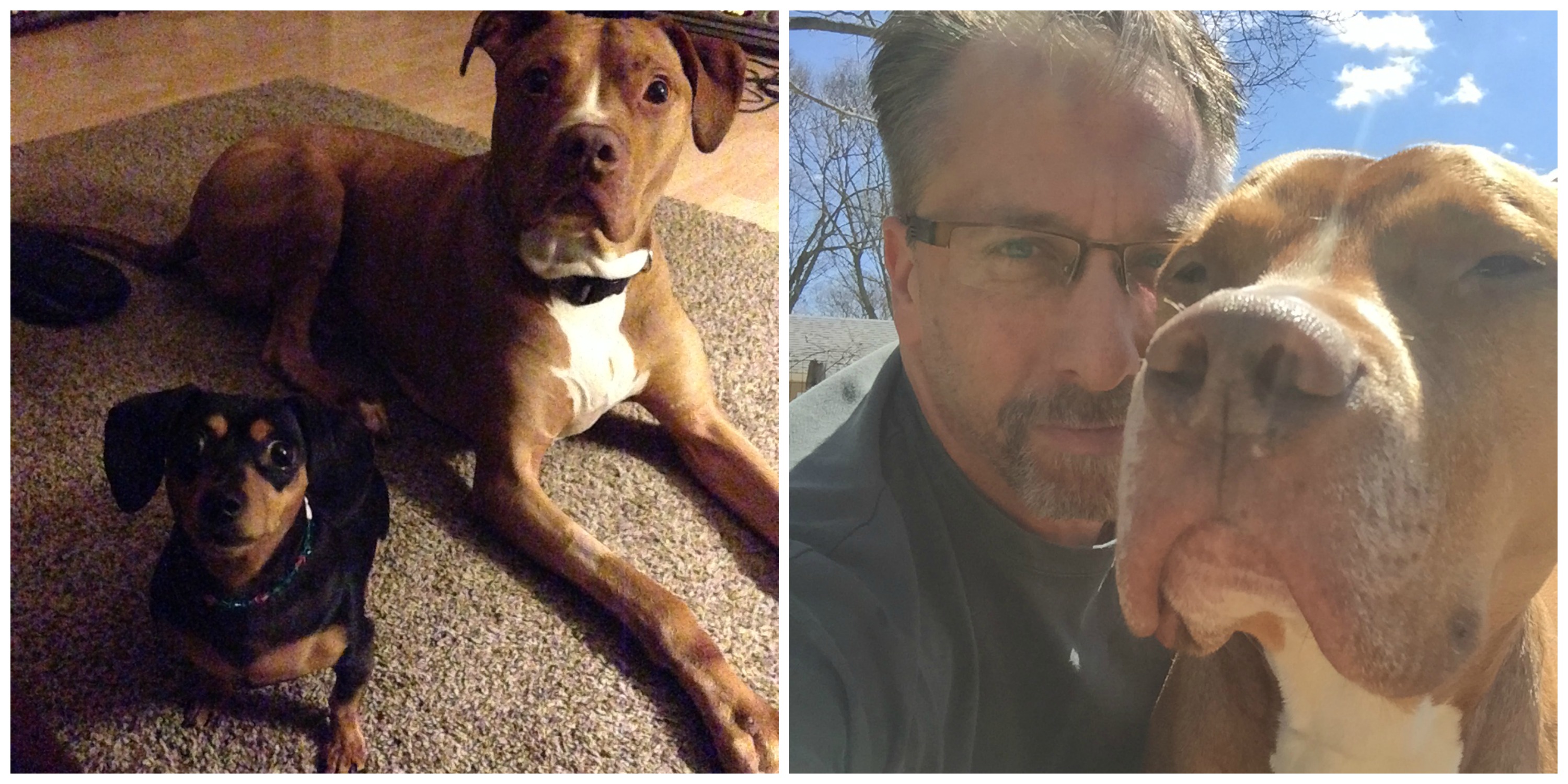 Mojo passed in March of 2016. To say that Bill and Kylie were devastated would be an understatement.

Bill contacted a friend, Lydia DeRoche, who trains dogs for Broadway plays, as he trusted her. She said she’d help him find a “bombproof” dog. One Saturday evening, she found Beau through a friend she knew in Mt Vernon. Bill and Kylie drove from South Jersey to the Mount Vernon NY Animal Shelter to meet him the very next morning. They brought their 7-year old mini-Dachsund, Penny. 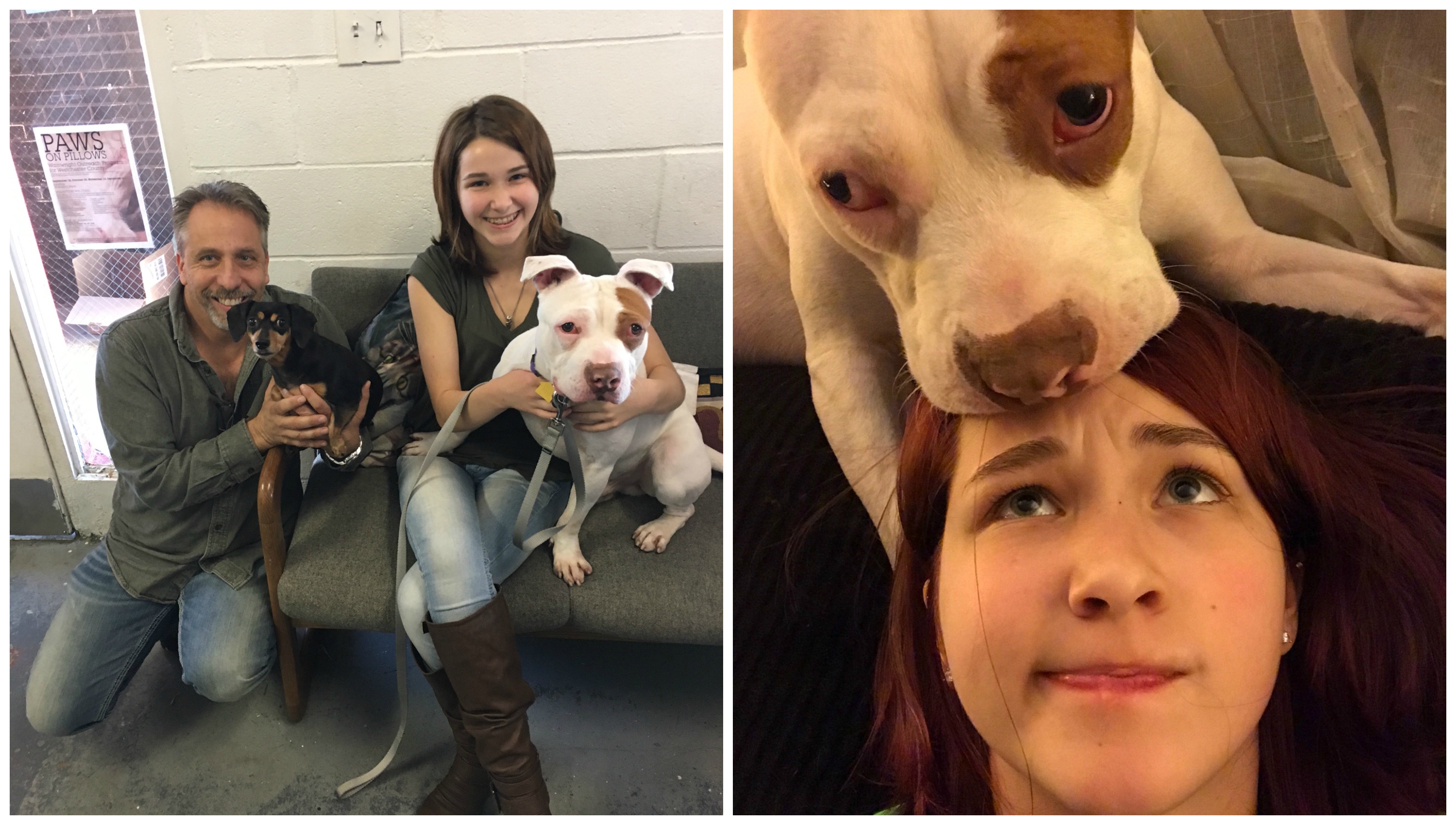 Penny got along with Beau immediately and they knew he was the one! His name was ‘Cream’ and they decided to change it to Beau (BeauBee when he’s good). He is incredibly smart, and recently received his Novice Trick Dog Certificate. Beau continues to prove that Pit Bulls are amazing dogs and that they should not be prejudged based on their appearance!