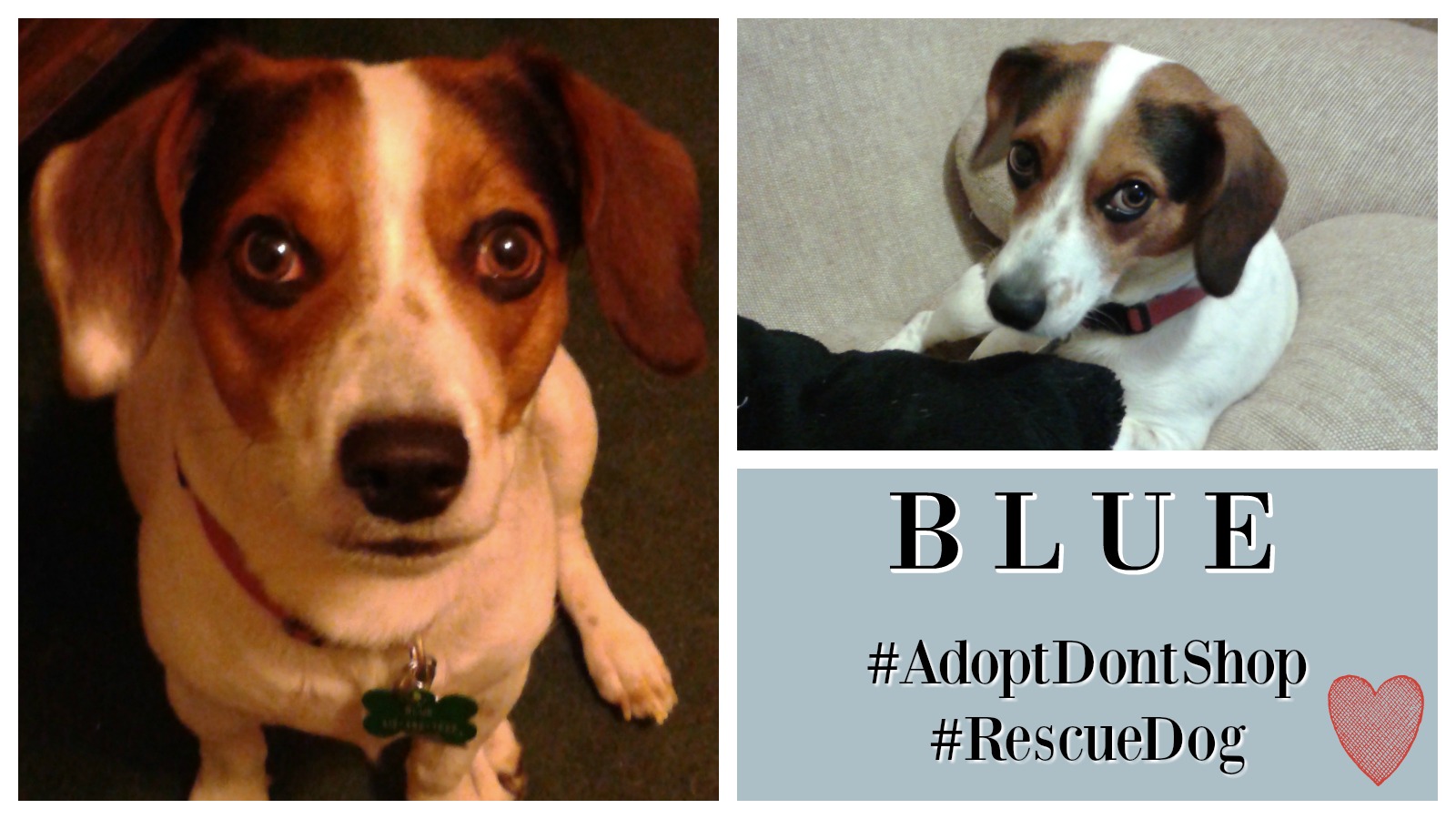 On July 4th, 2014,  Amanda was awakened by a loud noise outside of her bedroom door. When she opened her door to investigate, she was surprised to find a puppy staring back at her!  The puppy, a Beagle/Jack Russell Terrier mix, seemed lost and confused.  It turns out, the puppy was found and rescued by the kind Father of a nearby church.  Somehow, the puppy made his way to Amanda’s door!  She decided to look after the puppy until his owner came forward, but no one did.  Eventually, Amanda adopted the pup and named him Blue!

Blue is now two years old, and he brings joy to his forever mom’s life every single day.  July 4th is not only Independence day for Blue and his mom…but also the day they celebrate his adopt-aversary!

BLUE LOVES TO SNUGGLE UNDER THE COVERS 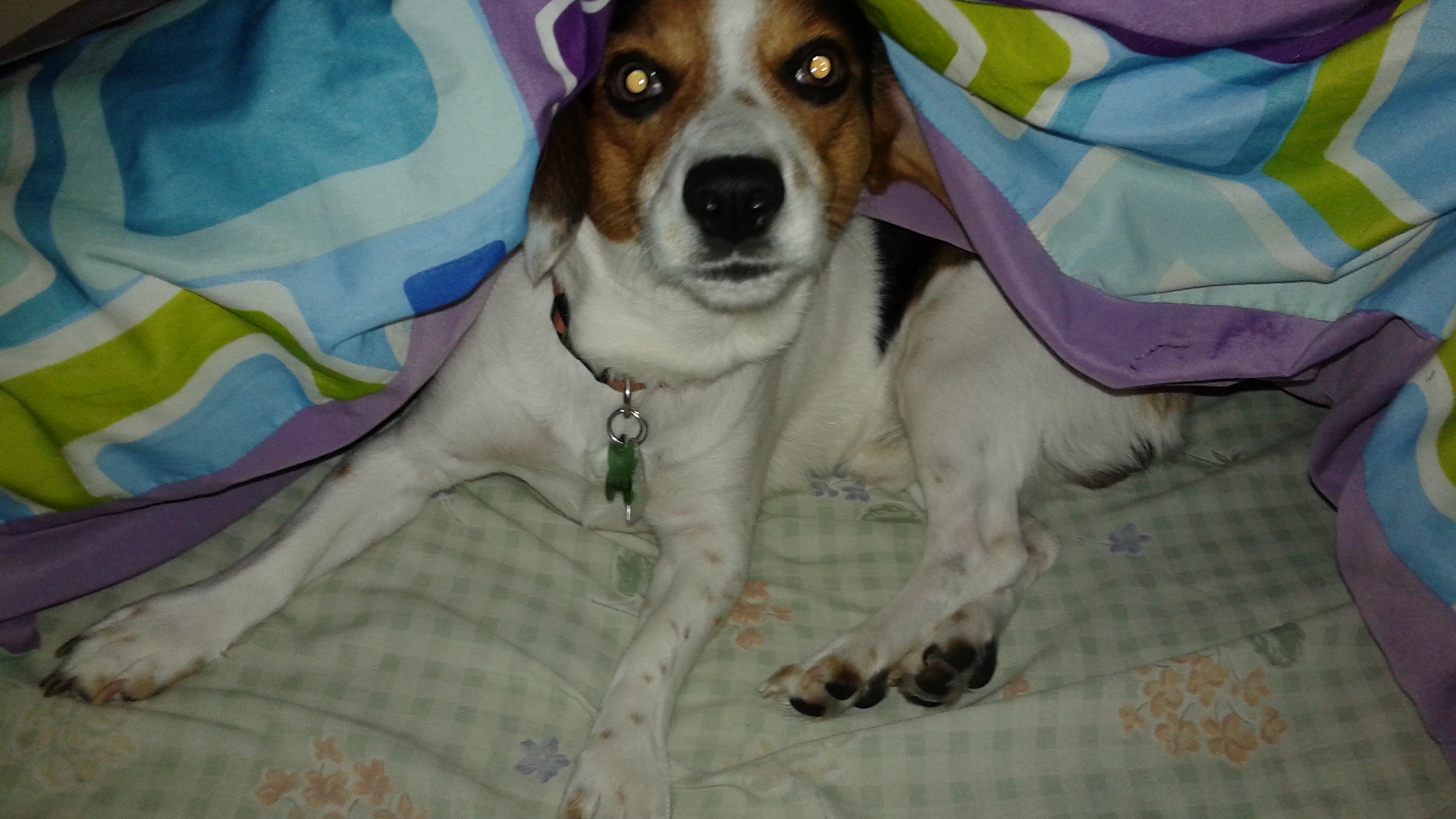 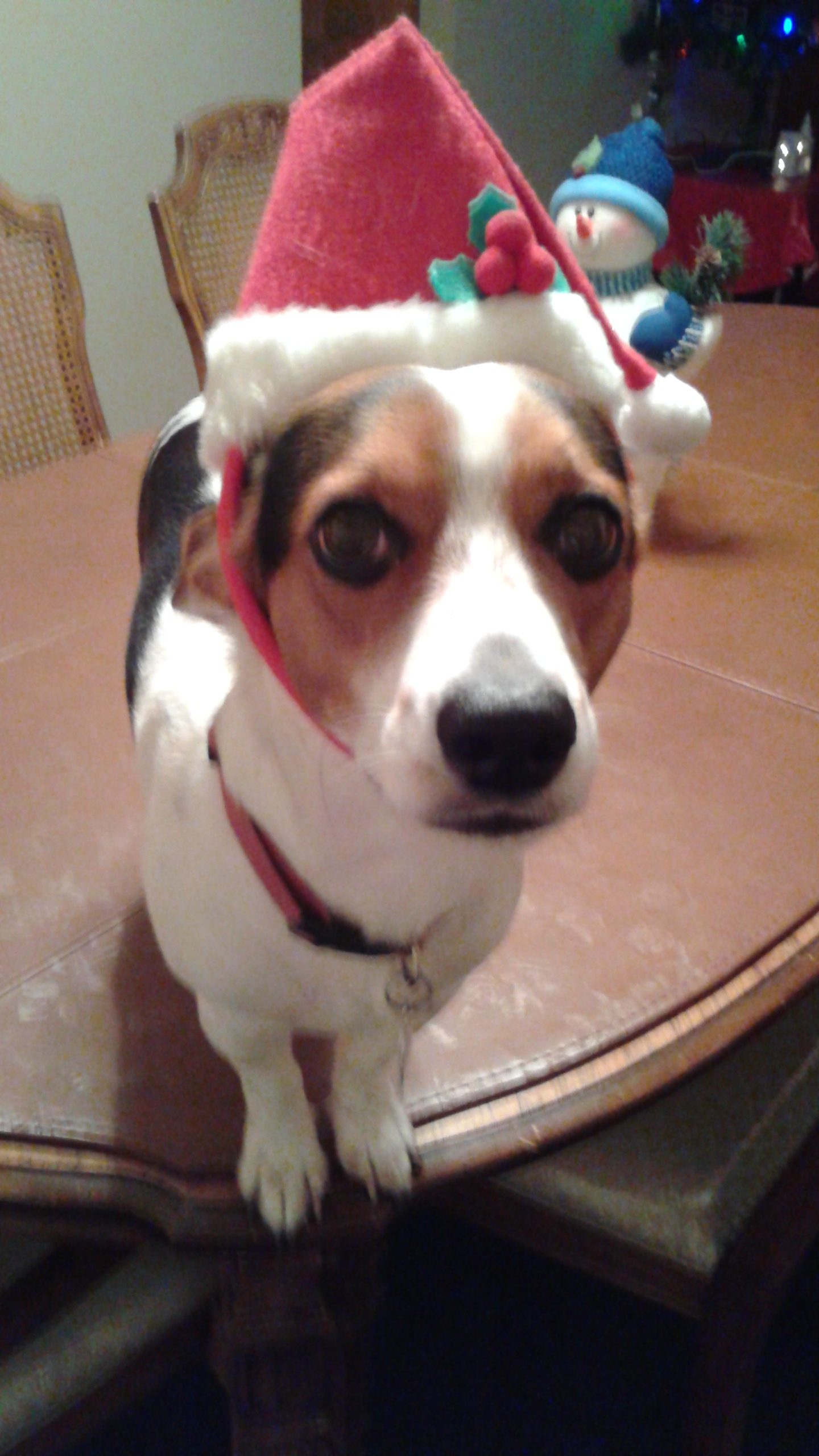 BLUE LOVES TO STEAL YOUR SPOT ON THE COUCH 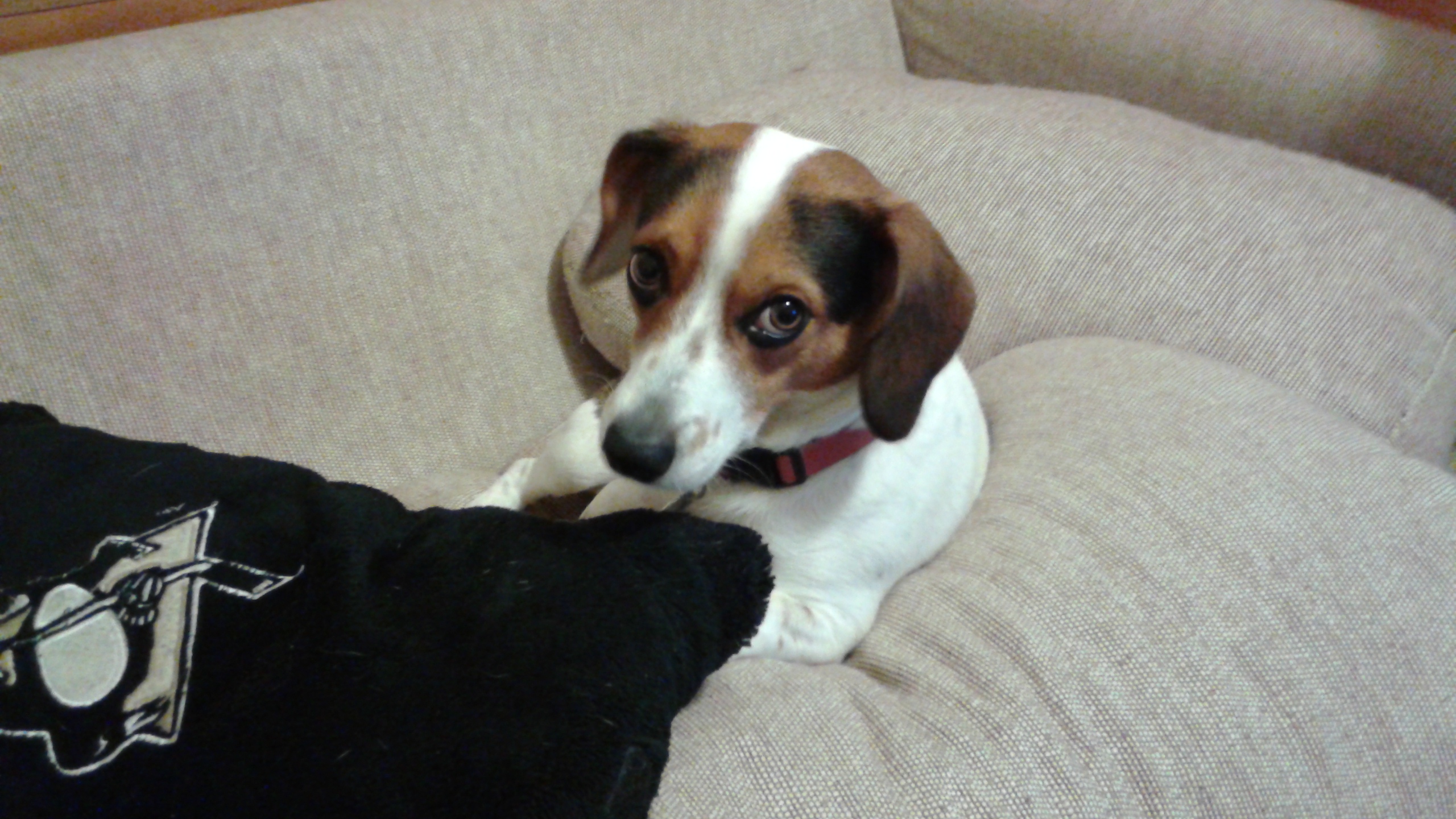 BLUE LOVES TO SHOW OFF THOSE BIG, BEAUTIFUL EYES OF HIS 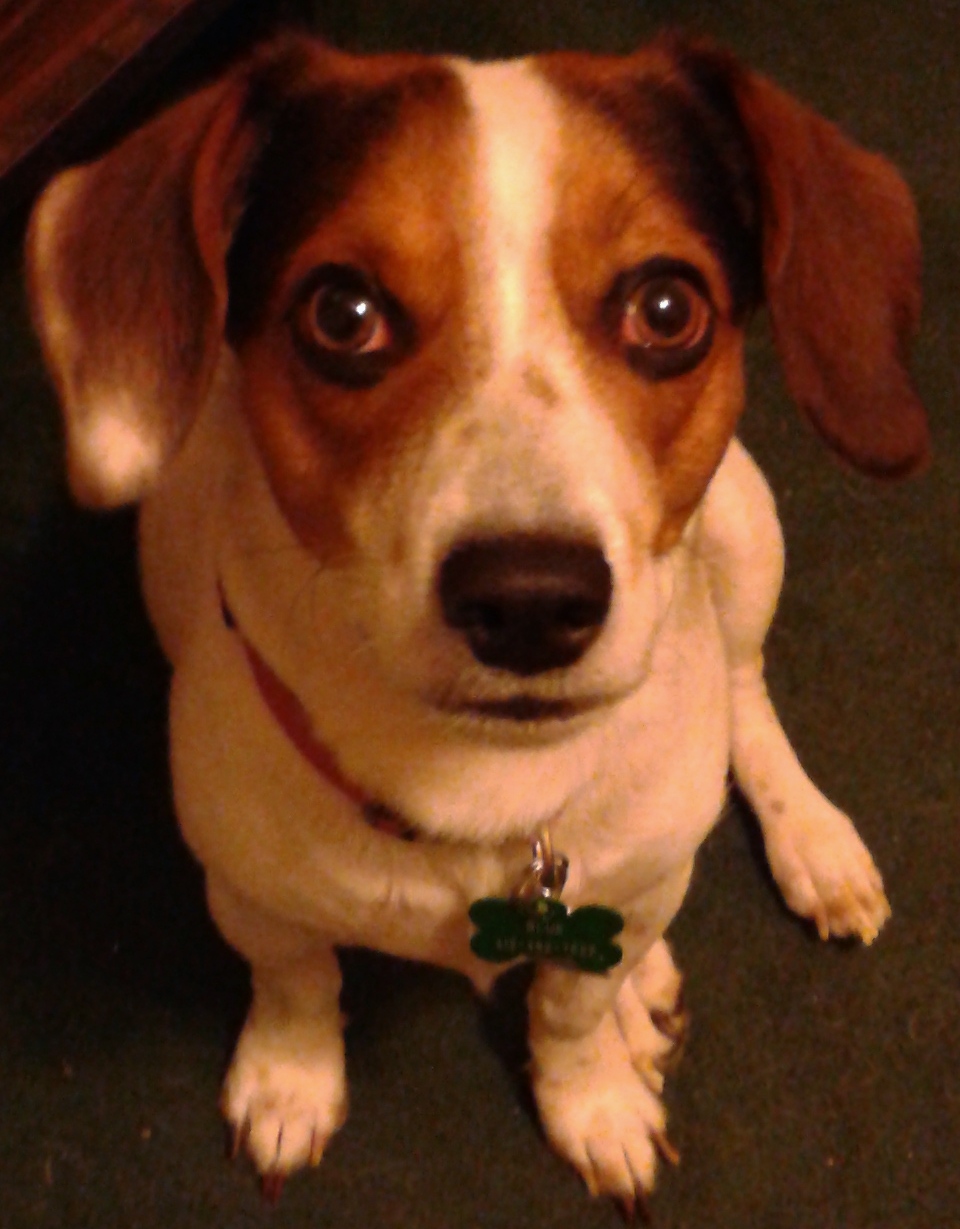 AND OCCASIONALLY, BLUE LOVES TO HAVE SOME ALONE TIME. 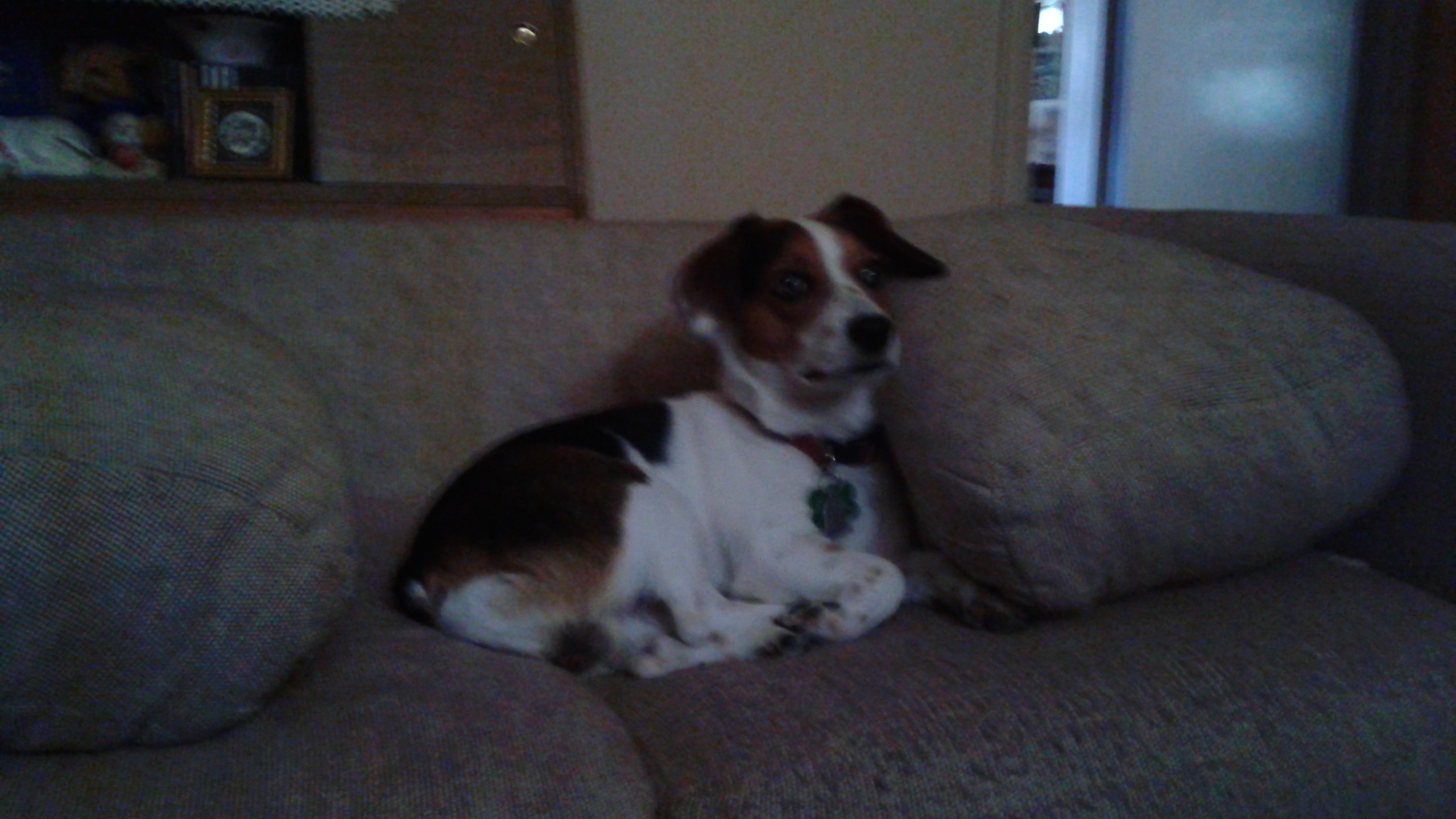