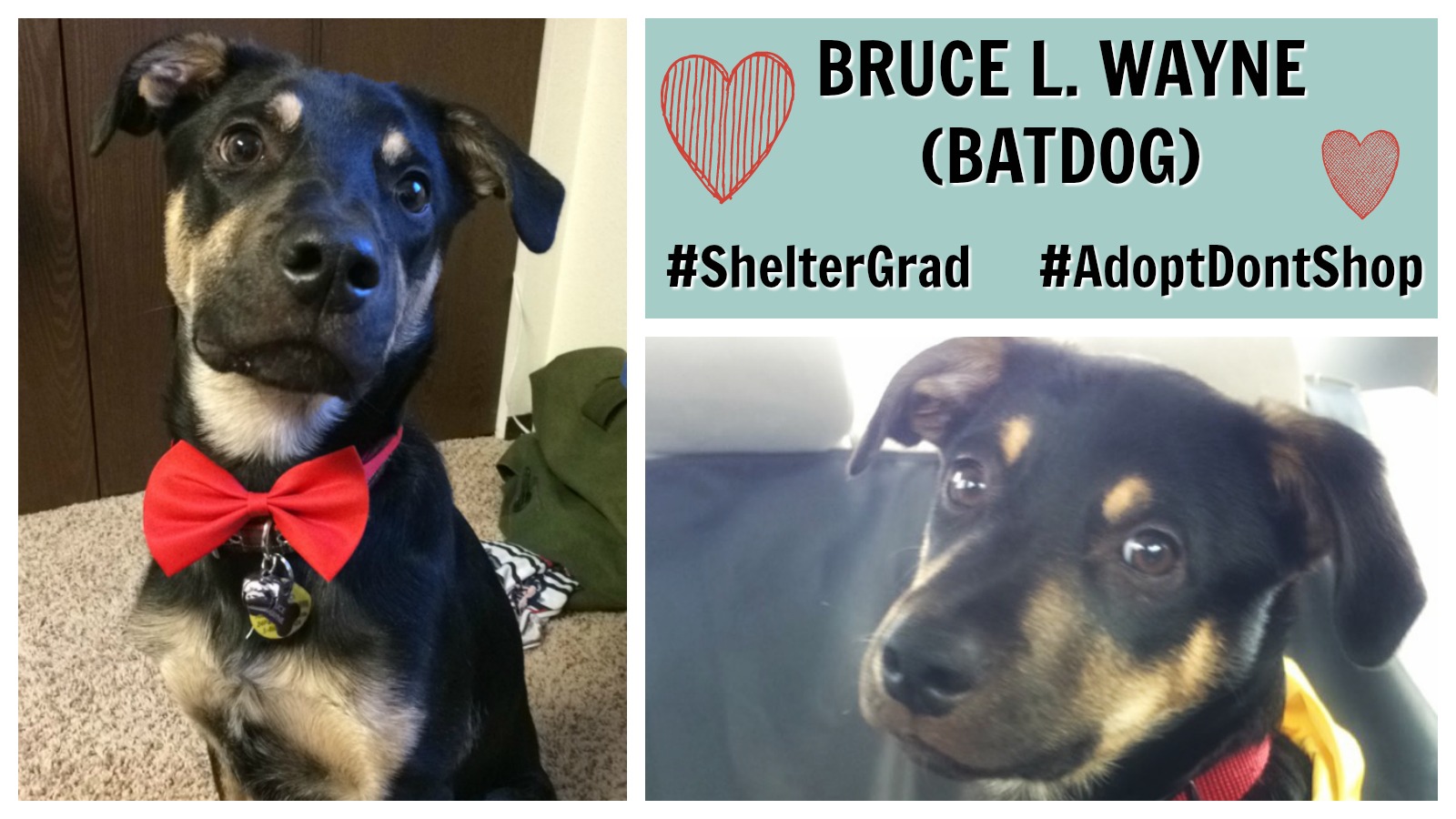 Jenn and Augie adopted Bruce in August 2015 from the Humane Society of Boulder Valley, when he was about two months old. They were interested in adopting a puppy and had seen two other dogs before meeting Bruce. The first puppy was adopted by the time they’d returned to the shelter to adopt her, and the timing for the second puppy didn’t work out. 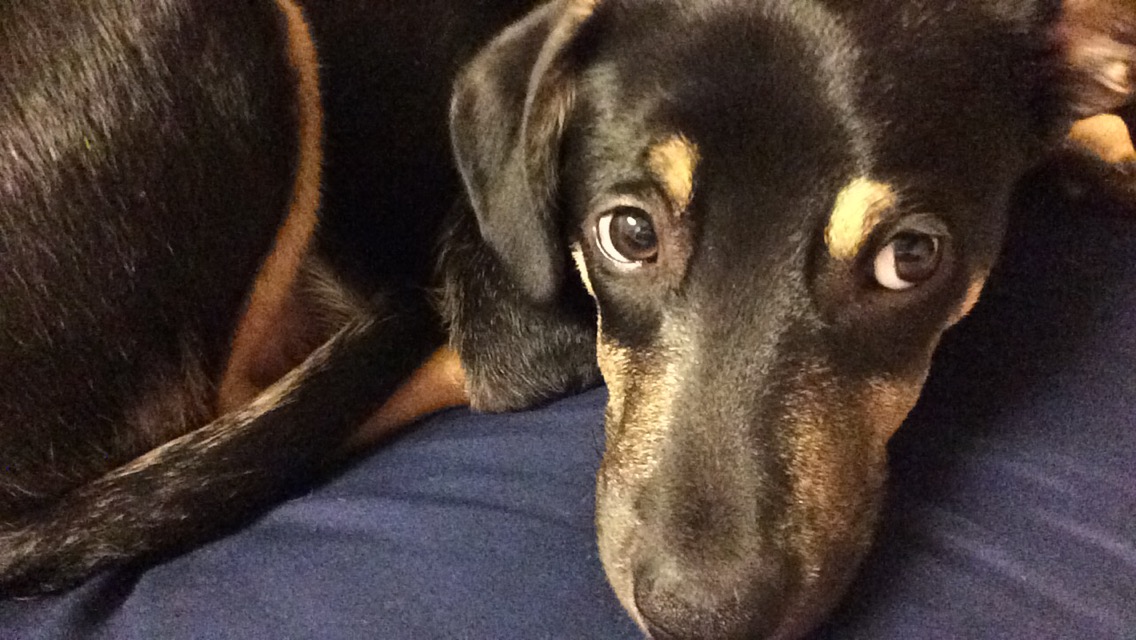 By then, they were set on finding the right pup to add to their home, so they started searching online. Augie came across the shelter in Boulder and saw that there were eight border collie mix puppies. Seven of the puppies were already on hold, and instantly, Jenn and Augie put number eight (originally named Lance) on hold for themselves! They went in to the shelter the next day and Augie was set on adopting ‘Lance’ before meeting him! Shelter staff told them that the puppies had been brought in from a kill shelter in Texas. 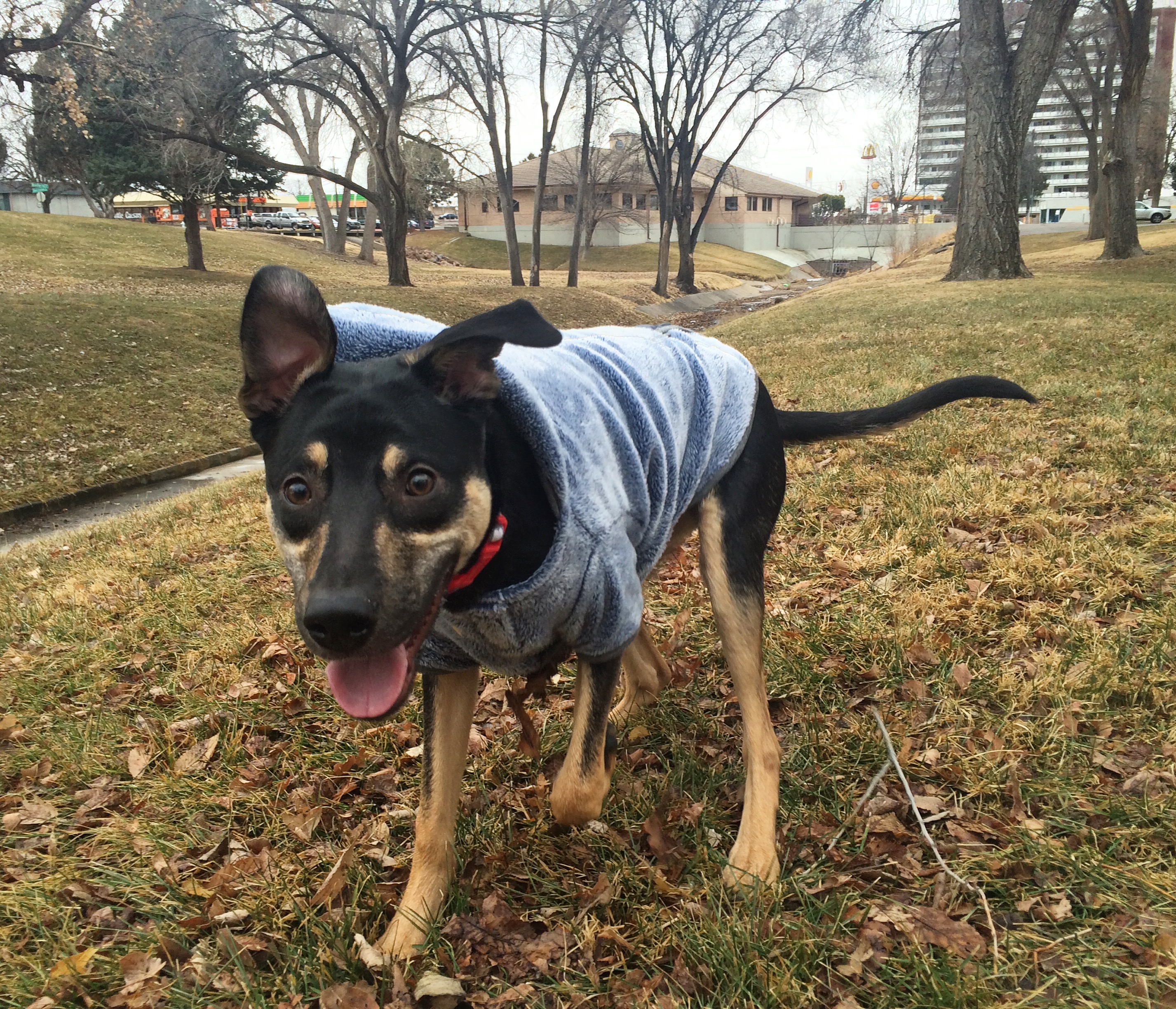 After adopting Bruce, his new pawrents quickly found out that he gets extremely carsick. He threw up on the way home and would get very sick every time he was in the car. In fact, he still takes medicine travel anxiety.  Other than that, he is a very happy, healthy puppy who enjoys daily walks and regular play dates with his pals! He knows many different tricks and was potty trained within a week in his new forever home! Bruce has also helped Jenn through a few panic fits by giving her kisses and picking her head up for her. Jenn also now volunteers at the Humane Society in Pueblo.  Bruce especially loves children, and just wants to say hi to anyone he sees! 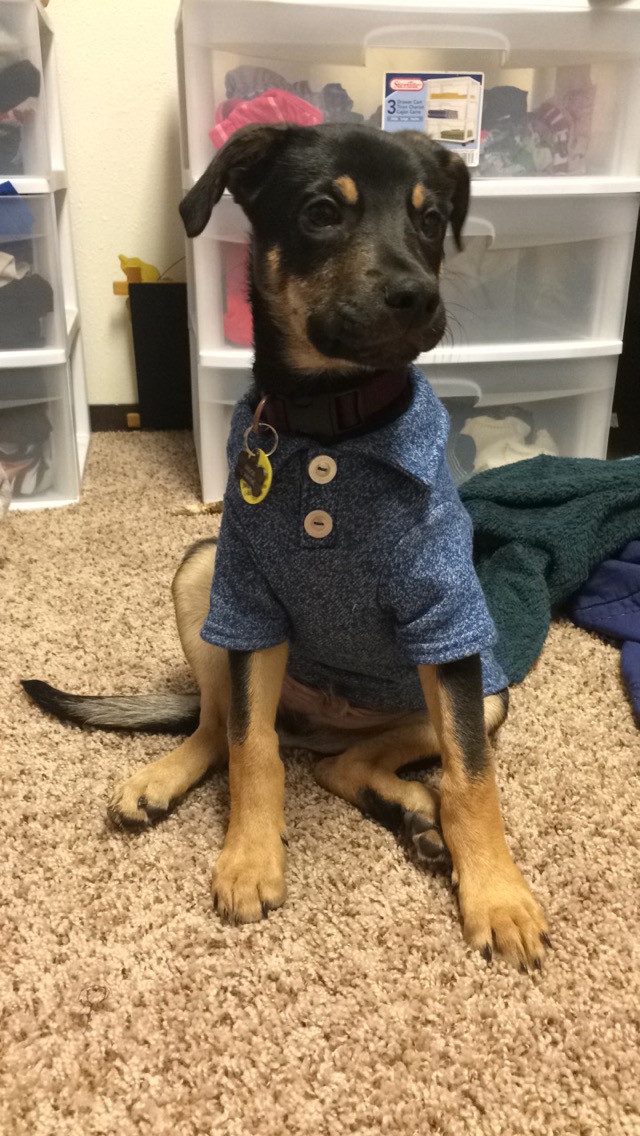 Jenn and Augie are so glad that they found Bruce, and consider him a blessing. He is a little over a year old now and is the happiest, most energetic dog around!

My favorite way to wake up – going for a run on the trails! ????????????☀️ Minus the rattlesnake we ran in to… Actually I wanted to play with it. ???????? #morningrun #mountains #Colorado #blueskies #puppy #dog #GrowingUpBruce #fun #sand #trailrunning #workout #cutie #gsdmix #mutt #1yearold

Or in my case – Batdog ???? my Nina understands me!! I had fun this last weekend! #WeekendGetaway #Batdog #NinasHouse

Hi! #TBT from the day I was adopted and brought to my furever home!! ❤️???????? #sillypup #fureverhome #adopted