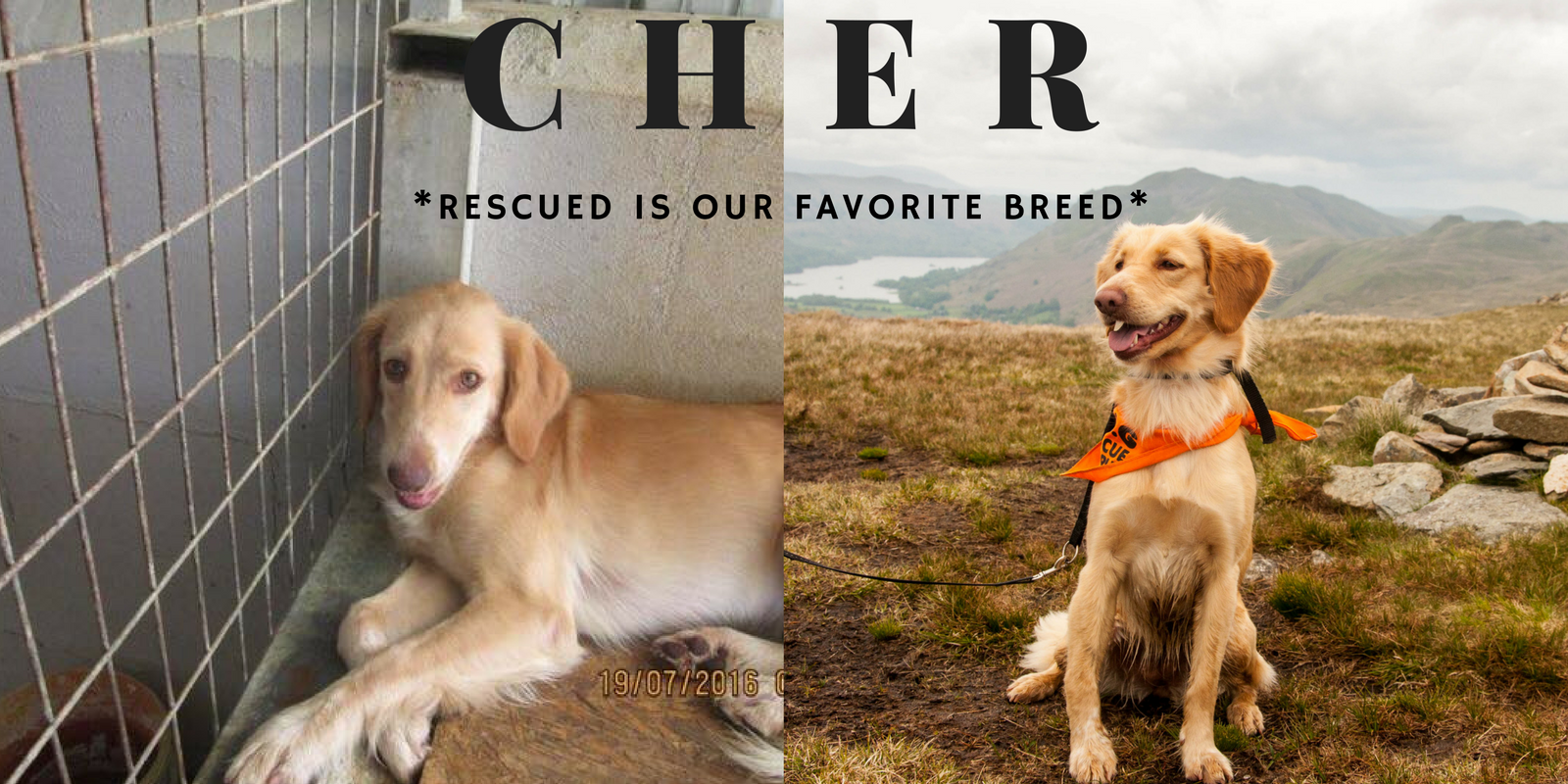 On 19.07.16, Cher was found tied to a post on a hot day in Cyprus without any food or water, and her leg was broken. The person who found her took her to DALI Dog Rescue, who told us she was terrified and exhausted. 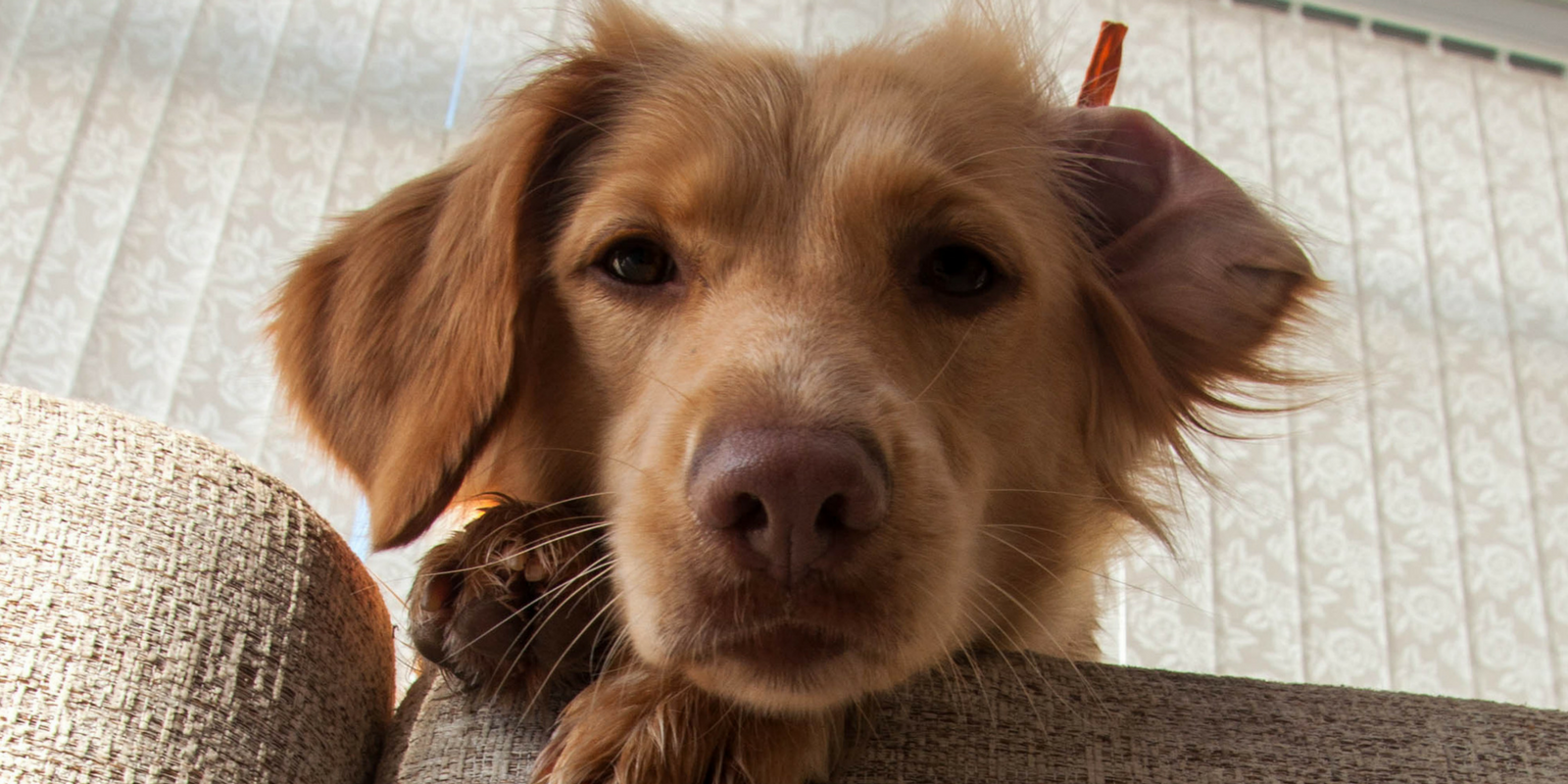 At the beginning of August, I was sitting at work and I typed ‘Cyprus Dog Rescue’ into Google. I don’t know why, because I have never been to Cyprus and didn’t even know they transported dogs to the UK. DALI Dog Rescue’s details came up and I emailed them to say we were looking for a dog. We didn’t care about the breed or what she looked like, as long as she would fit in with the lifestyle of her new family… mainly lots of hiking and being around children and other dogs. They immediately responded with a photo of Cher, and we said we would take her! My partner and I both admitted later that we didn’t think Cher looked cute in the picture (how wrong we were) but we didn’t want to be the type of people who would deny a dog the chance of a happy home based on what she looked like. 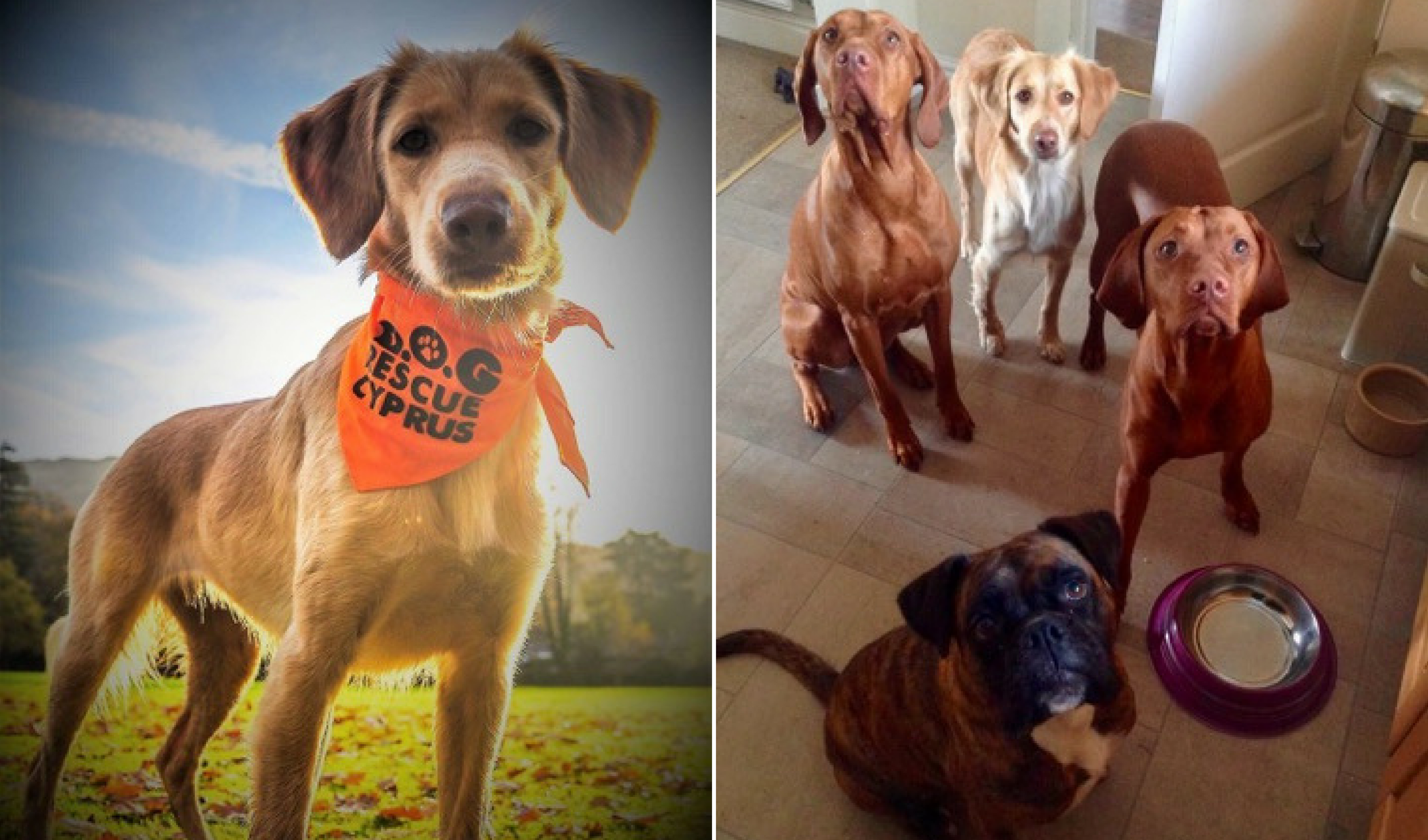 On 24.09.16, we collected Cher at 5am from a Service Station on the M6 and took her to her new home in the Lake District…and our lives have never been the same since!  When we collected her, she was underweight and anemic (which we soon fixed), but she was also terrified of so many things (which took longer to fix).  She was really scared walking amongst crowds and traffic, and she was terrified of men, but her confidence has gone from strength to strength since we’ve adopted her and now her only fear is the vacuum cleaner! She was so scared of her Grandad when she first met him but now he is her favourite! She has three dog cousins who she loves and has so much fun with: a boxer and two Hungarian Vizslas. Flo the Vizsla is the same age as her and they get up to lots of mischief together. She is desperate to make friends with Misty the cat but sadly, the feeling isn’t mutual!

We are so grateful to DALI Dog Rescue for saving her life, and want to raise as much awareness as we can for them, so at the start of the year we began our mission for Cher to walk all 214 of the Wainwrights Fells in the English Lake District. We have done a lot of research online to try and find out if any other Cypriots have managed to walk all of them, and so far we have found none, so we are hoping she will be the first Cypriot on record.  She is a member of the Wainwrights Society and has a big following of fans on the I Love The Lake District page. She has already completed 60 of the 214! She always wears her DALI Dog Rescue bandana on the fells, and we think she is an excellent ambassador for DALI Dogs in the Lake District. 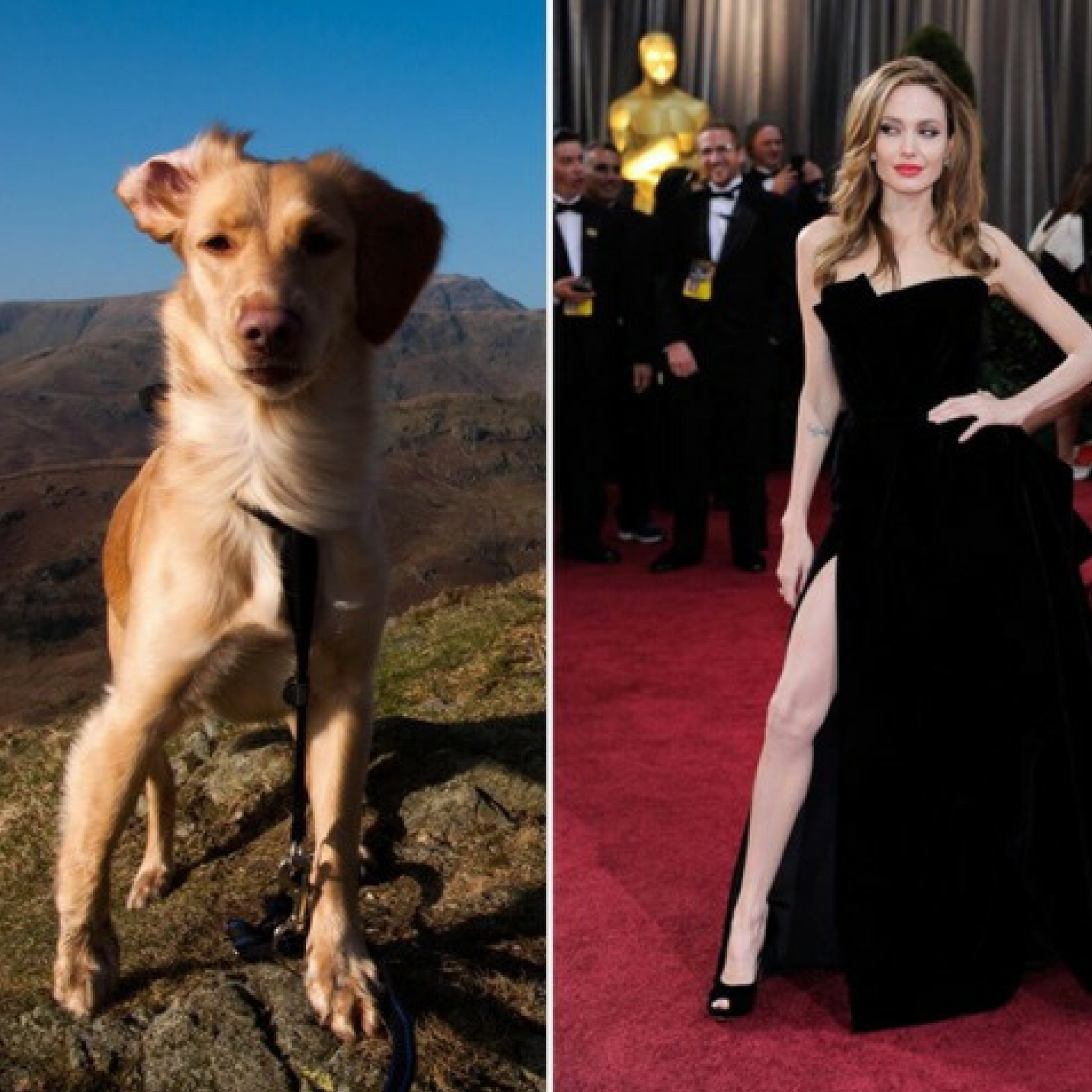 And as for the broken leg that didn’t get fixed – now she stands just like Angelina Jolie at the 2012 Oscars and we think she looks just fabulous!

My first day on the fells for two whole months and just look how happy I am to be back! Today we climbed Sour Howes which means I have now ticked off my 60th Wainwright! 💕🐾 #hikingwithdogs #dogsthathike #rescuedogsofinstagram #adoptdontshop #lakedistrict #fellwalking #wainwrightswalks

Draw me like one of your French girls Jack! 🤣✏️ 🚢 🌹 #titanic #adoptdontshop #rescuedog #rescuedogsofinstagram

The view coming down from High Hartsop Dodd is one of my favourites in the Lake District! It looks like you are walking towards a giant painting! 💕🐾 #lakedistrict #fellwalking #fellwalker #dogswhohike #hikingwithdogs #wainwrightswalks #rescuedog #rescuedogsofinstagram #adoptdontshop

People always tell me what a pretty smile I have, but I also happen to have the fiercest pout in the Lake District! 💋💕🐾#lakedistrict #fierce #fellwalking #dogswhohike #hikingwithdogs #rescuedog #rescuedogsofinstagram #adoptdontshop