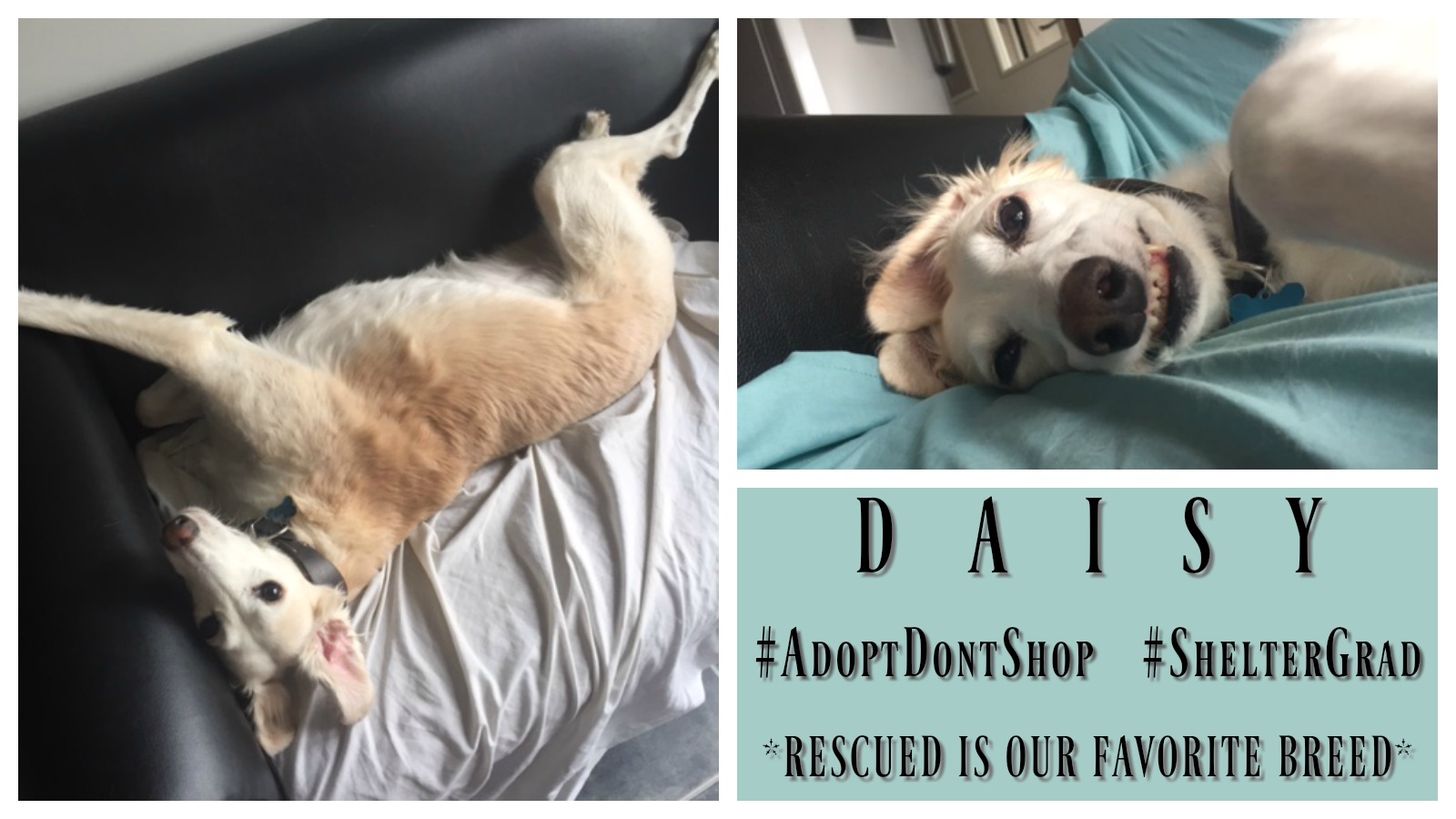 Seven year old Daisy was rescued by S.A.R.A (Saltburn Animal Rescue Association) in late 2010/early 2011 when she was just a year old, after being found in a very rough town. She was starved and very obviously beaten and badly abused by humans and dogs, as she was (and six years later, still is) terrified of dogs and people she doesn’t know. 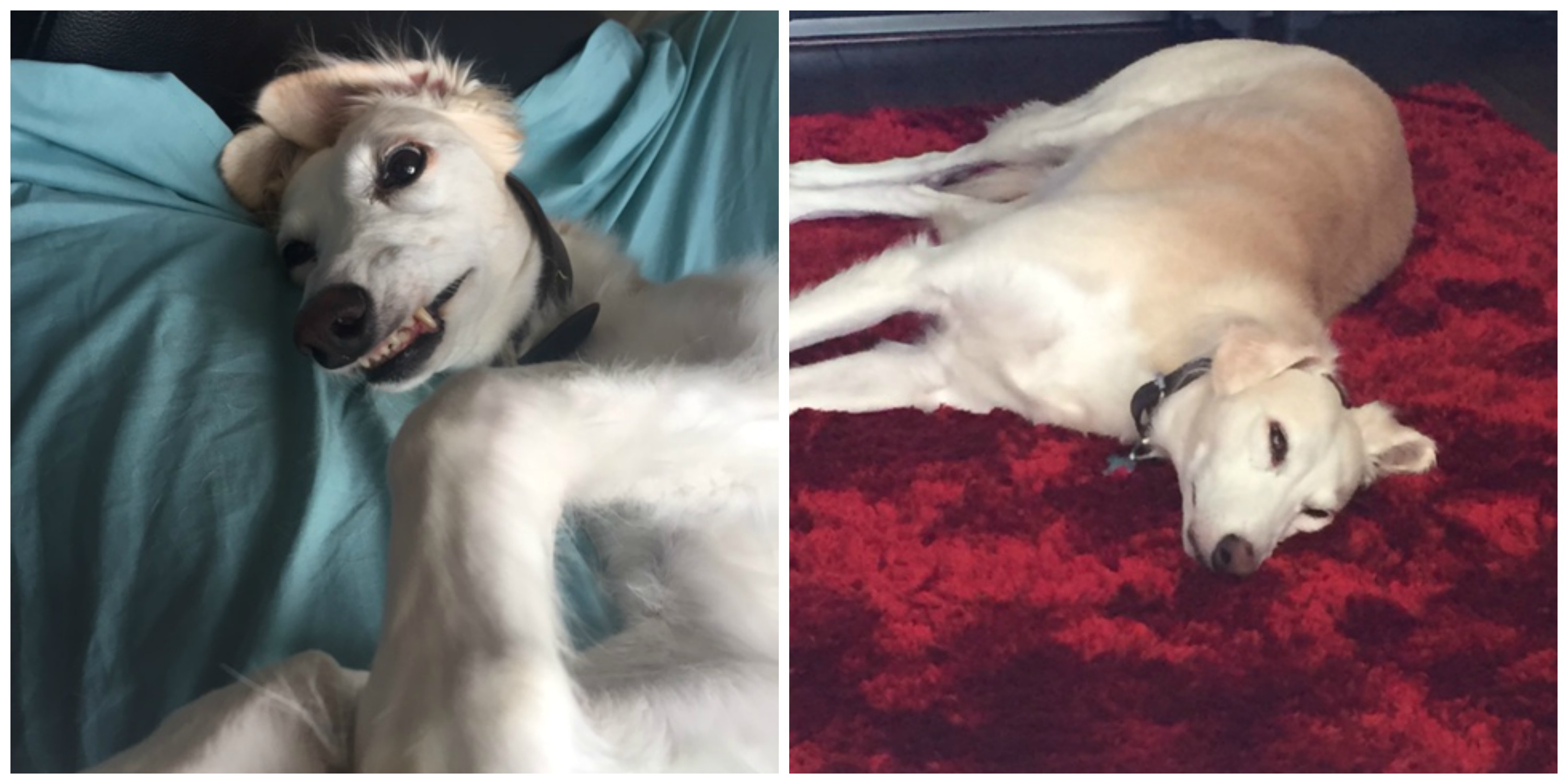 Her forever family was looking for a dog, so they visited the rescue center. At first, they didn’t find any they thought would be a great addition to a family, until a volunteer told them that a dog had just come back from a walk. She told the family they must go see her!

They instantly fell in love and after two weeks of fostering Daisy, on February 11th 2011, they gave her a forever home. Daisy and her humans now live in a small village called Marske in England! She has been in her forever home for six years and is deeply loved by her family. She’s still terrified of new people, but once you get to know her, she is your friend for life! While she is still afraid of dogs, she has a best friend who she has sleepovers with every once in a while when her family goes on holiday!

If I look at you long enough maybe you’ll get off your butt and take me for walkies! #saluki #salukisofinstagram #salukicross #sillysaluki #diva #dogs #dogsofinstgram #walkies #walkies🐾