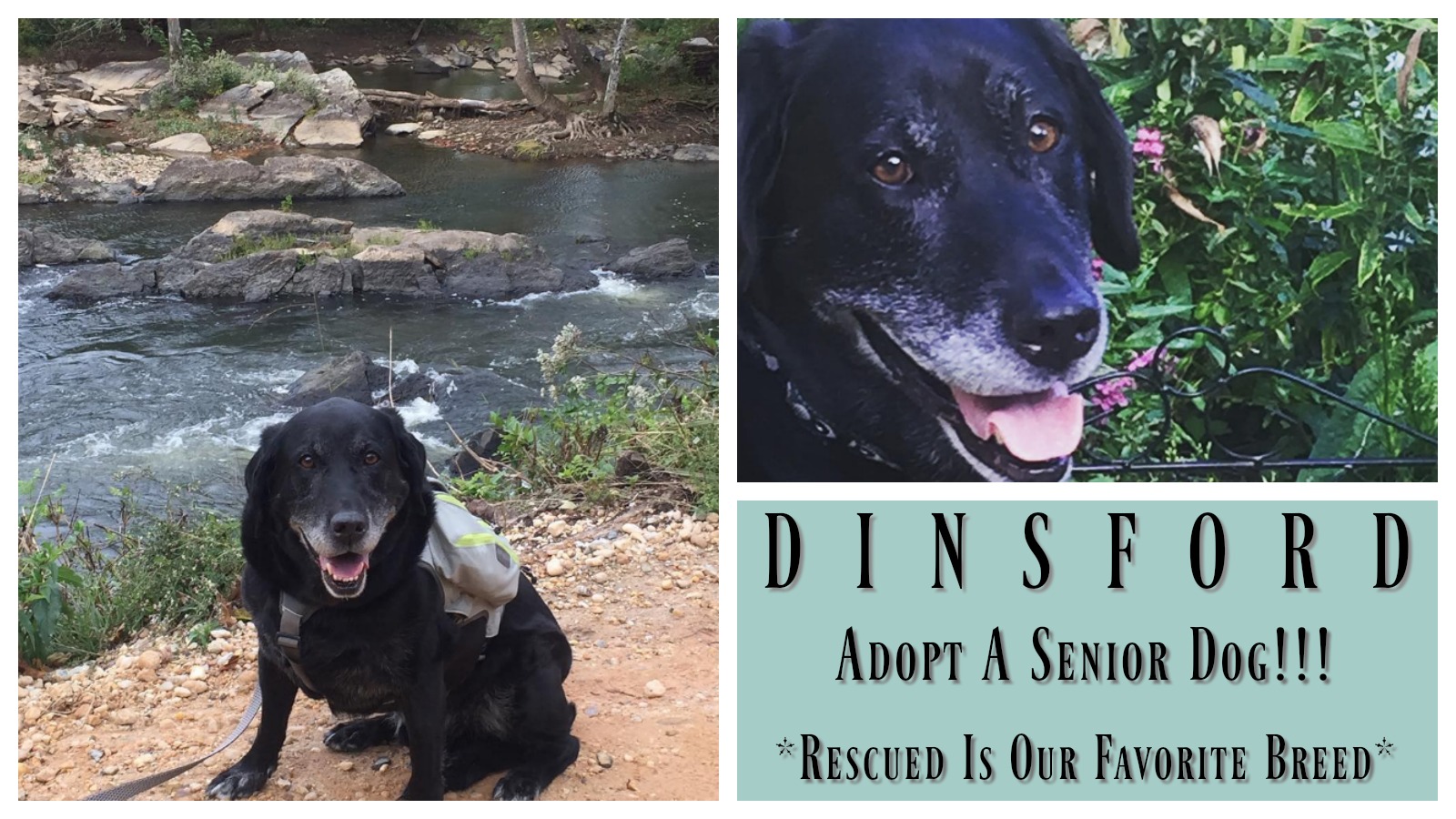 Sarah adopted Dinsford from the Esther Boyd Animal Shelter in Frederick County, VA on October 31st, 2015. At that time, she was living in D.C. and desperately missed having a dog in the house; her family always had at least one when she was growing up. Sarah knew she wanted a senior dog, and had a soft spot for black labs… so when she saw Dinsford (who was known as ‘Bear’ back then), she knew it was meant to be! He was eleven years old when she brought him home.

Shortly after Sarah adopted him, she discovered that he had idiopathic epilepsy, which means he has occasional seizures. Fortunately, his epilepsy is managed very well with daily medication and routine check-ups. Otherwise, he is a healthy old boy who loves to romp around in the snow like a puppy. No one believes her when she tells them he’s twelve years old!

Dinsford has been in his forever home for a little over a year and Sarah feels so lucky to be spending his “golden years” with him. He is a silly, loving soul and brings so much joy to her life. Every day he teaches his forever mom something new about responsibility and unconditional love. For anyone considering a dog, Sarah highly recommends seniors!

Too hot out here for a black doggie! #summer #labs_of_insta #toohot