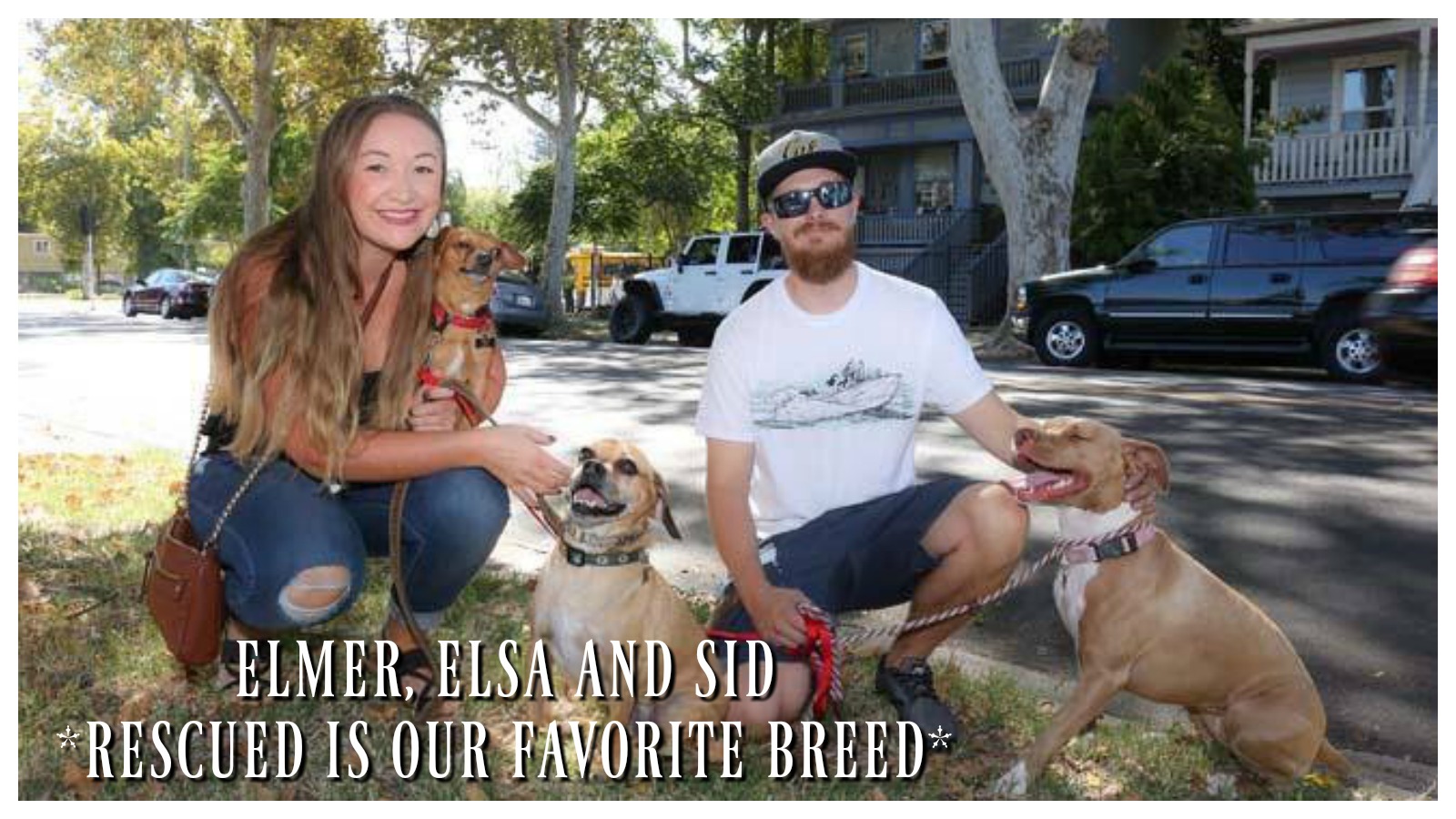 I have owned dogs my entire life, but the day I got my own dog was the most exciting day of my life. I work at a dog boarding and training facility and when I found out one of my favorite dogs was about to be dropped off at the shelter because the owners were moving and weren’t going to take him, I instantly knew he was mine.

I brought Elmer, a two year old puggle, home on Valentine’s Day in 2013. He is the greatest decision I ever made and he brings so much joy to my life. I instantly fell in love with rescuing dogs. Even though Elmer didn’t make it into a shelter, I consider him a rescue because I saved him from that fate. He is too pampered to survive in a shelter after all.

Two years later, my work rescued four dogs from the local shelter and brought them to my facility to be trained and re-homed. One of the four was a young, lovable Pit Bull named Elsa. I loved her but I didn’t think I was ready for another dog. After several applicants came through that we didn’t like, and after her first home brought her back to us, I knew I had to take her. At first, I was just taking her home at night and bringing her back to work with me, but soon she stopped coming back to work with me.

On Valentine’s Day (again) in 2015, I went to the shelter and paid her adoption fee. Elsa officially joined our family that day. She is a great ambassador for the breed and the best behaved dog I have ever had. She loves all dogs and people. Everyone who meets her comments on how sweet she is and they are blown away by her loving personality.

Our third (and final dog for the moment) came into our lives earlier this year at the end of June. He was a little chihuahua I saw running on the streets for almost a week before I was able to catch him. I had to use a live animal trap to catch him because he was not comfortable with any human interaction. It took almost a week before he would even let me touch him. Even though I wasn’t ready for a third dog, I knew I couldn’t take him to the shelter. With his behavior and tendency to bite when scared, I knew he would be extremely hard to adopt out. I decided to keep him and work with him in hopes of making him well enough to be adopted officially. It’s now been eight months since I found this little guy. He has been renamed Sid and is improving everyday. He still isn’t a social butterfly but with time and patience, he can be the most lovable dog you have ever met. All he wants to do is cuddle and play with toys. If a good home comes along I would still be open to adopting him out but if that day never comes then I guess we are meant to be!