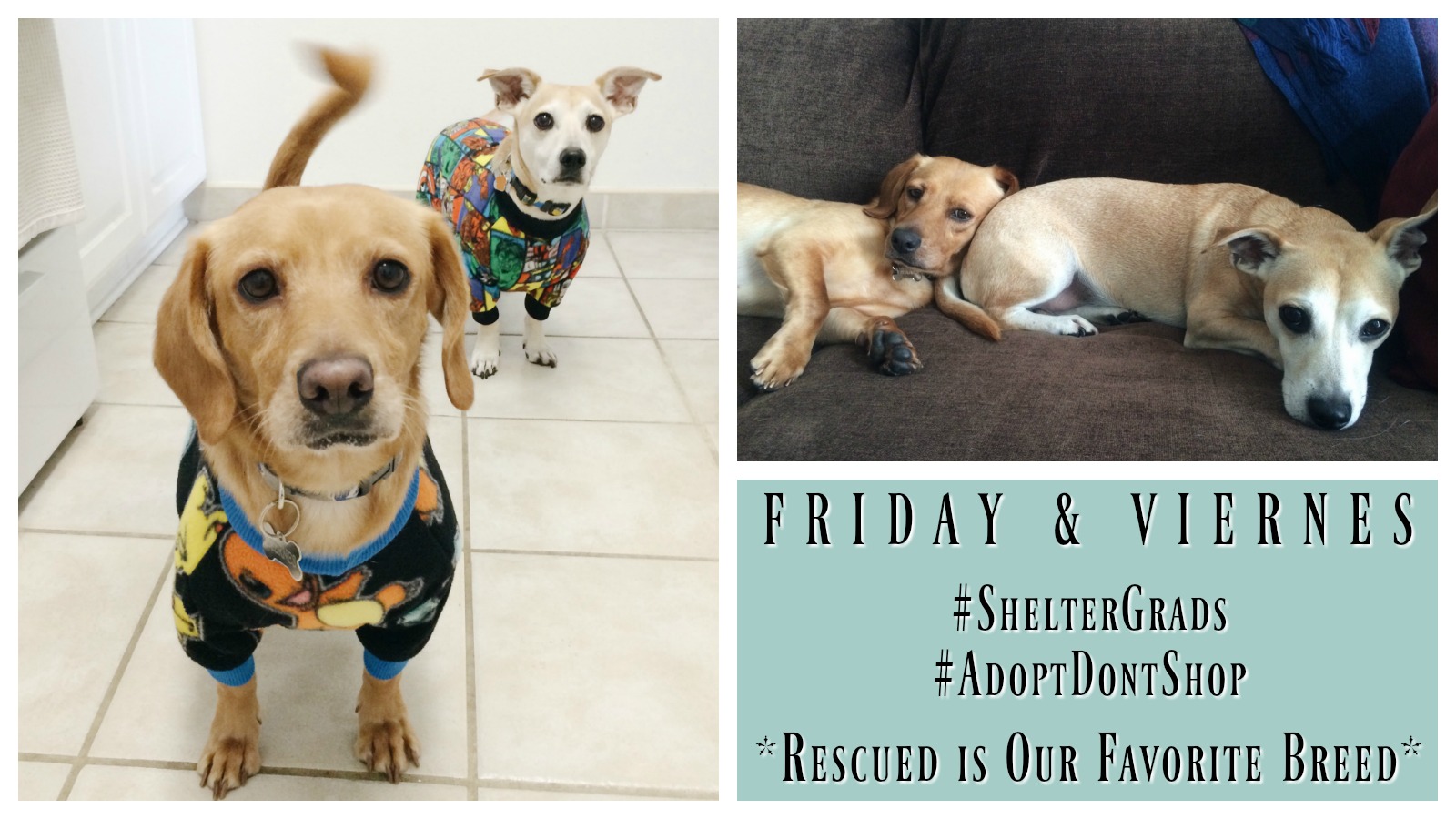 Friday was adopted from the Friends of Animals Foundation in 2010 when he was 8 months old. Judy had been a FOAF volunteer and she was always able to resist the urge to bring home one of the animals. That is, until she met Friday. One glance into his big, brown eyes and she knew she had to take him home. Judy was told by shelter staff that Friday had been dropped off that same morning by a family cause their landlord did not allow pets. Other than his name, not much was known about Friday. She took a complete chance with taking him home on a whim, and it’s been one of the best decisions she’s ever made. Friday is her first dog and has been a sweet, loyal companion for over six years. He brings his goofy, happy self wherever he goes, and Judy truly cannot imagine her world without him.

In November 2014, Viernes joined the family when Judy, Friday, and Rob (Judy’s boyfriend) visited an adoption event hosted by Best Friends Animal Society/NKLA. They hadn’t planned to adopt another pet that day, but Viernes stole their hearts and bonded with Friday immediately. Originally named Libbie, Judy and Rob learned that Labs and Friends Rescue pulled her from a county shelter hours before she was scheduled to be euthanized. Unexpectedly, the first few months with Viernes were very challenging. They quickly realized that she had fear-based aggression with humans, severe separation anxiety (even if left alone for just a few minutes), and resource guarding over food and toys. However, giving up on her was not an option. With the help of lots of calming treats, routine exercise, and consistent discipline, Judy and Rob slowly worked to bring Viernes out of her reactive, fearful state of mind.

Two years have now passed, and Judy is happy to share that Viernes has made enormous progress. She’s learned to trust her pawrents, overcome many insecurities, and is now a more confident, balanced dog. Viernes will always have her “quirks” but her forever family has learned to embrace them and love her unconditionally. 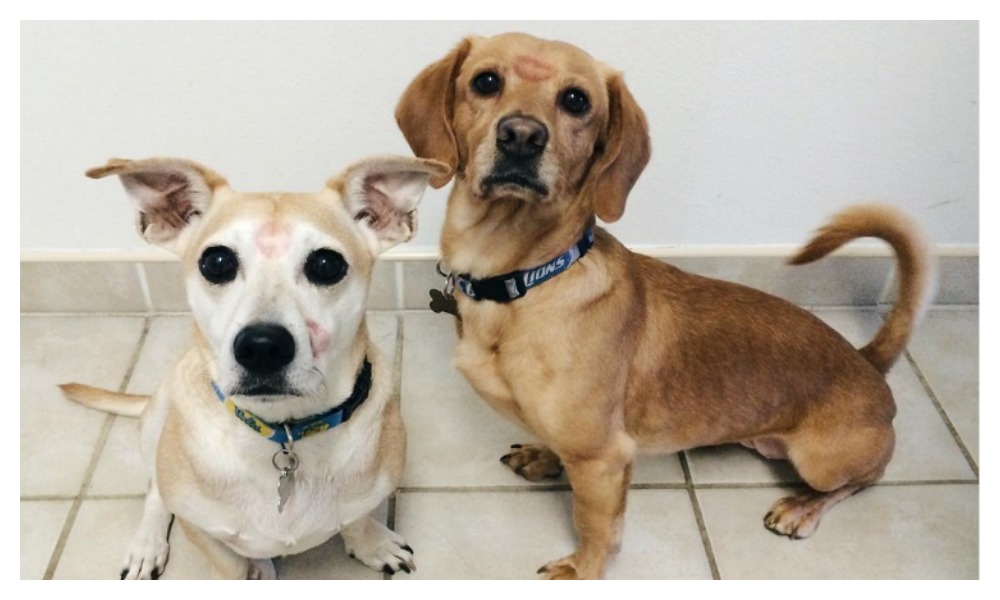 Friday and Viernes are different in many ways but they’re both daily reminders that shelter dogs can be wonderful and loving, regardless of their history. Shelter dogs teach us that patience, guidance, and unconditional love really can go a long way. It’s because of them that Judy and Rob will always support pets being adopted and not bought. Too many shelter animals are not given the second chances that they really deserve.

Mawm, ya better hurry up and take the photo before I “water” these flowers. I’ve gotta do my part to help during this #draught! ???????? #NaturalWaterSprinkler #toonmyrescue #detroitlions This is day four of the #fiveday #yellowchallenge we were invited to by @sugar_the_bullyboxer. We invite our furiend @ankle_biter_enzo to join in on the fun, if you’d like ????????⭐️????

On #Fridays, we dress up. #ahoymatey #superdog #halloweencostume

#FlashbarkFriday to getting some “fresh” LA air while exploring my favorite hiking trail a few months ago. #tgif #hikingdog #getoutsideandplay #traildog

#Flashback to the time I let the air out of my cheeks. ???????? #derp #fbf #psssssst #flashbarkfriday #boopmynose

Big news!!! Mom and dad got me a little sister today at the #NKLA adoption event today! Meet Viernes (originally Libbie) rescued from the #LabsAndFriends organization. Now it’s going to be double the adventures here on Instagram! If you’re looking to add to your family too, the event continues tomorrow 10am-4pm! #BFAS #BestFriendsLA #AdoptDontShop #Adoptaversary #SaveThemAll

#Throwback to that time dad was telling us a story…a very interesting story… #???? #???? #tbt #bedtimestories

Everyone needs a #bathroombuddy (or two) when getting ready in the morning. #humpday #????