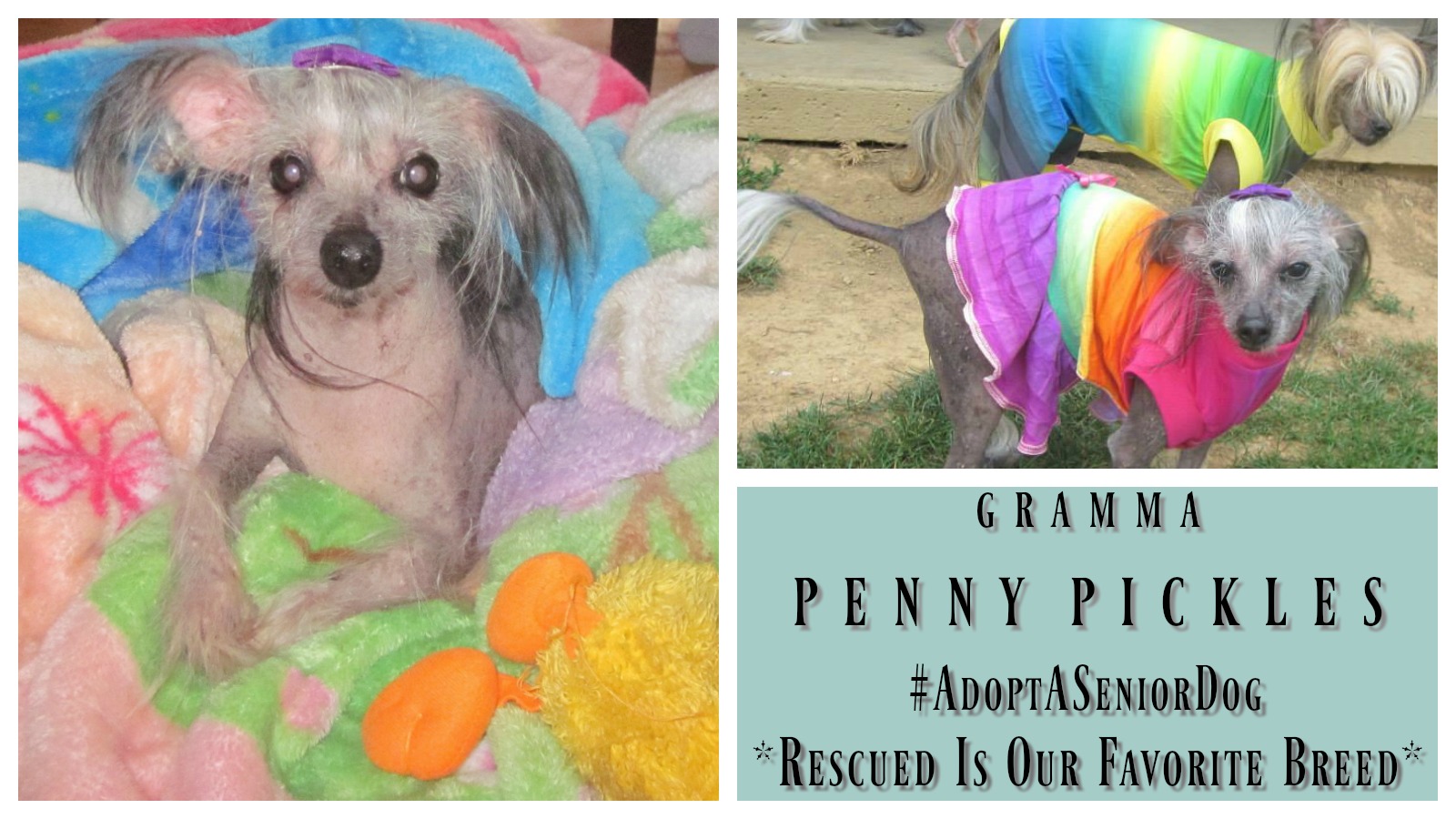 Penny Pickles is a hairless Chinese Crested who we rescued in 2012, when she was about 16 years old. She had been with a rescue (Chinese Crested Club of the Potomac), with a foster family for a year and before that, she was rescued from a shelter. We believe, based on her behavior, that she was once a puppy mill Mom.

When Penny Pickles was first rescued, she had what was thought to be cigarette burns on her. She would also scream when someone tried to pick her up. After we adopted her, she would exhibit the same behaviors like crying when someone would pet her or pick her up. It took awhile, but she started to overcome her issues.

About a year after adopting her, she had a stroke. The stroke caused some neurological issues and also caused her to go blind. She couldn’t walk, eat, or drink on her own for several weeks. She slowly regained the ability to eat and drink on her own, but was never able to walk as she used to. We got her a wheelchair, which kept her walking for a little while longer. Unfortunately, due to her severe arthritis, she is no longer able to walk. 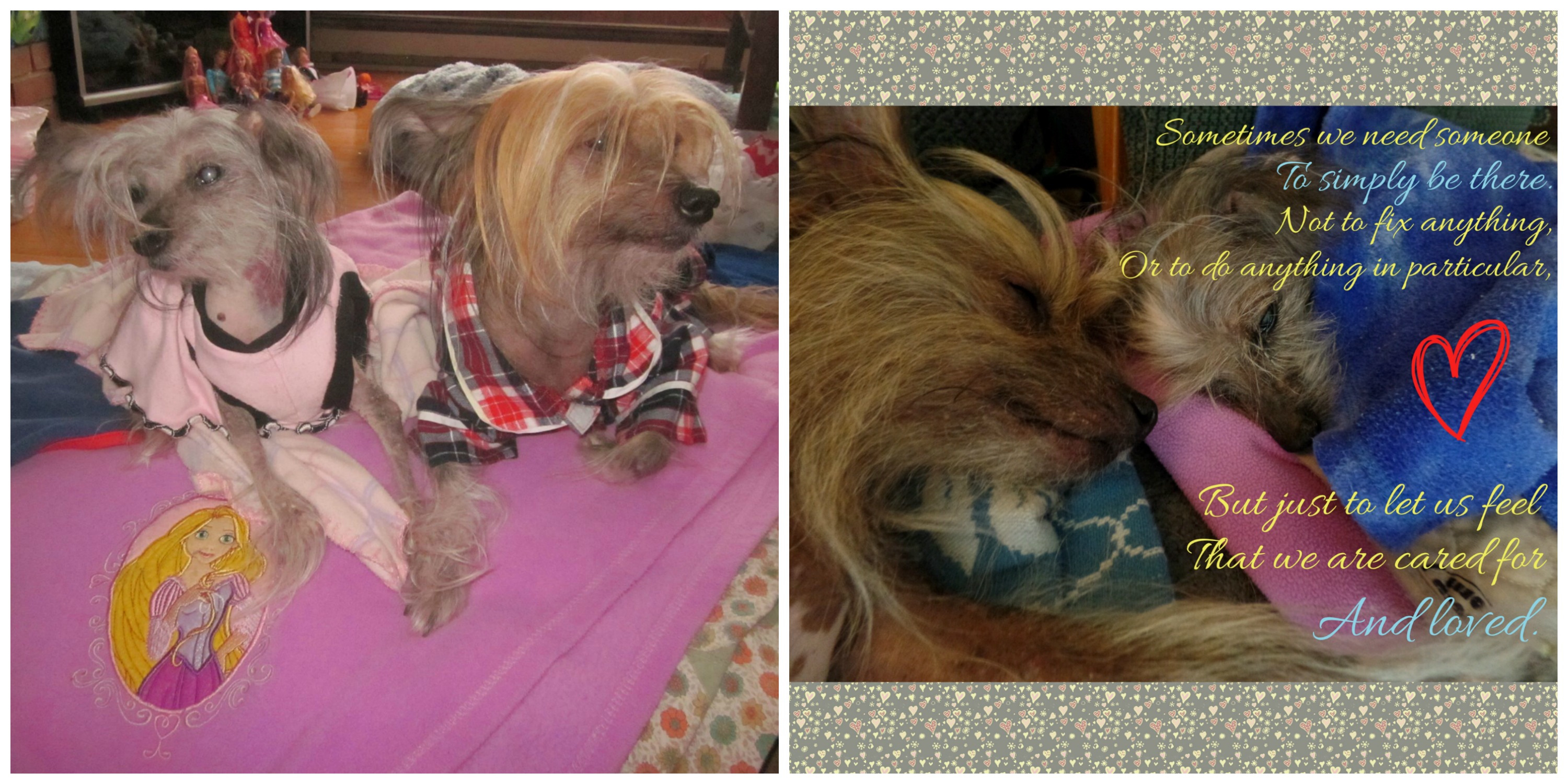 Within the last year and a half, Penny Pickles has been diagnosed with Dementia and Congestive Heart Failure, but through it all, she has kept her sweet and loving personality. She LOVES to be held by her human Grandma (her favorite place is in her arms), and she also loves to be comforted by her adopted Chinese Crested “grandson”, Hairy Junebugs. He adores her and has been a loyal friend through all of her troubles. They share an amazing bond. We believe her to be close to 20 years young and she has earned the nickname, Gramma! Everyone loves Gramma Penny Pickles!