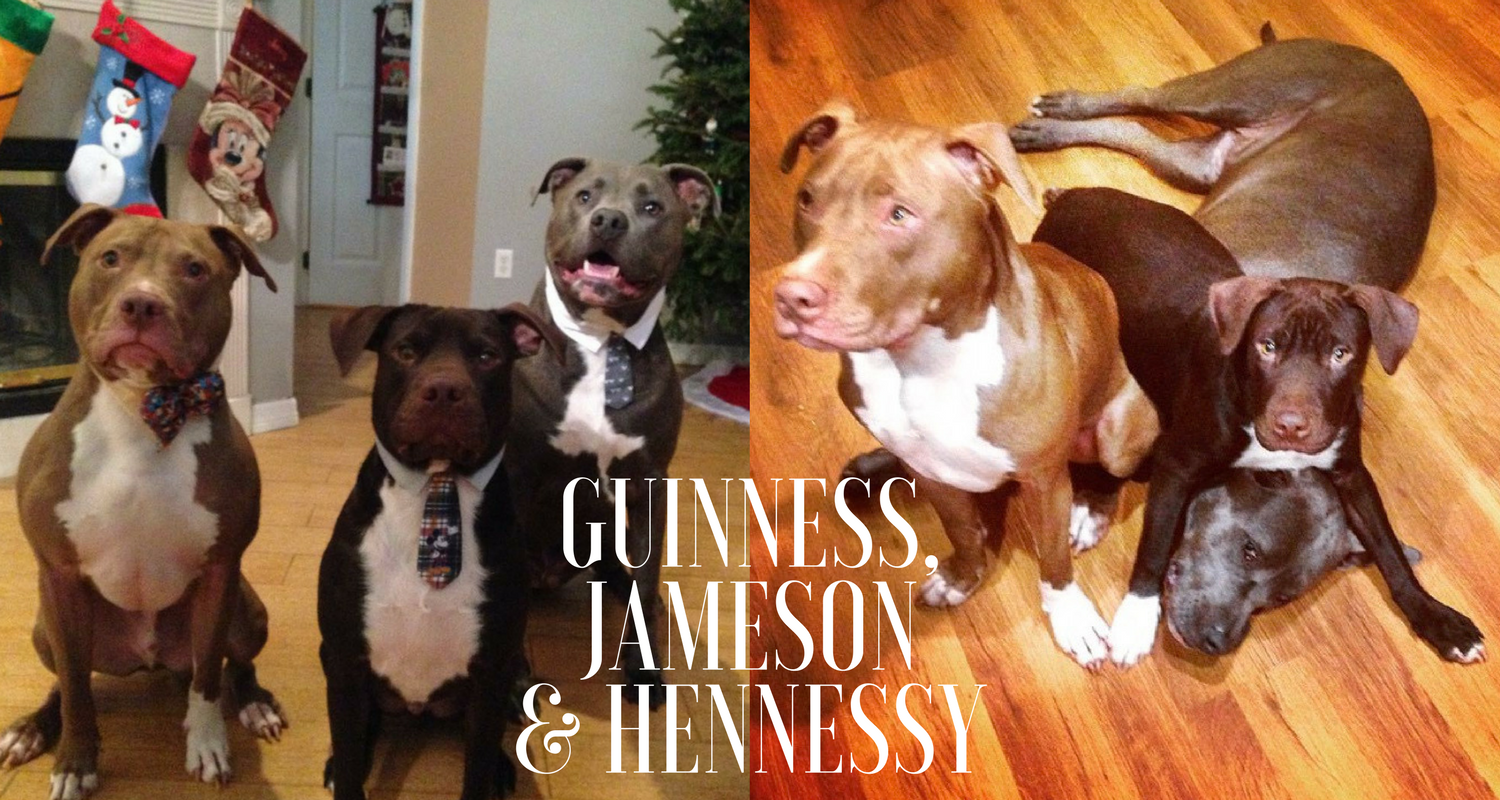 When we bought our first house we knew we wanted a dog, specifically a pittie or pit mix. When we saw Guinness on Petfinder, it was love at first sight. He was pulled from an unhealthy backyard breeding situation, had already been adopted and returned, and had a huge scar on his head from his first adopter’s dog. He was super submissive and unsure around unfamiliar dogs when we first got him. He went to work with mom at a grooming salon every day for the first year, and that socialization helped him become a confident and very dog friendly boy. In fact, we’ve used him on several occasions to help our friends with their own canine social issues. He’s also hoping to work towards becoming a human therapy dog in the near future.

After Guinness came into our lives we were hooked on dog rescue. We became volunteers and foster parents for American Rescue Dog. Jameson was our first failed foster. He was pulled from a dog fighting situation and had severe nerve damage in his back legs. We brought him to physical therapy every week for two months at Dalia’s Doggy Rehab (she’s awesome by the way). Eventually, he went from struggling to walk to running and jumping. He’s completely rehabilitated at this point and is the most athletic and active boy in our trio.

Then came Hennessy. A super shy guy who came into the rescue and was overlooked by potential adopters. We brought him home for a sleepover one night and he never left. He bonded to our boys instantly, and fell completely in love with Guinness. We call Guinness his emotional support dog. When Hennessy is by himself, he is very wary of strangers and changes to his environment. When he’s with Guinness, he greets strangers with a wagging tail and reacts much more carefree to change.

We can’t imagine our lives without these brothers. They bring us so many laughs, tail wags, and pibble kisses every day and they have taught us so many lessons along the way.