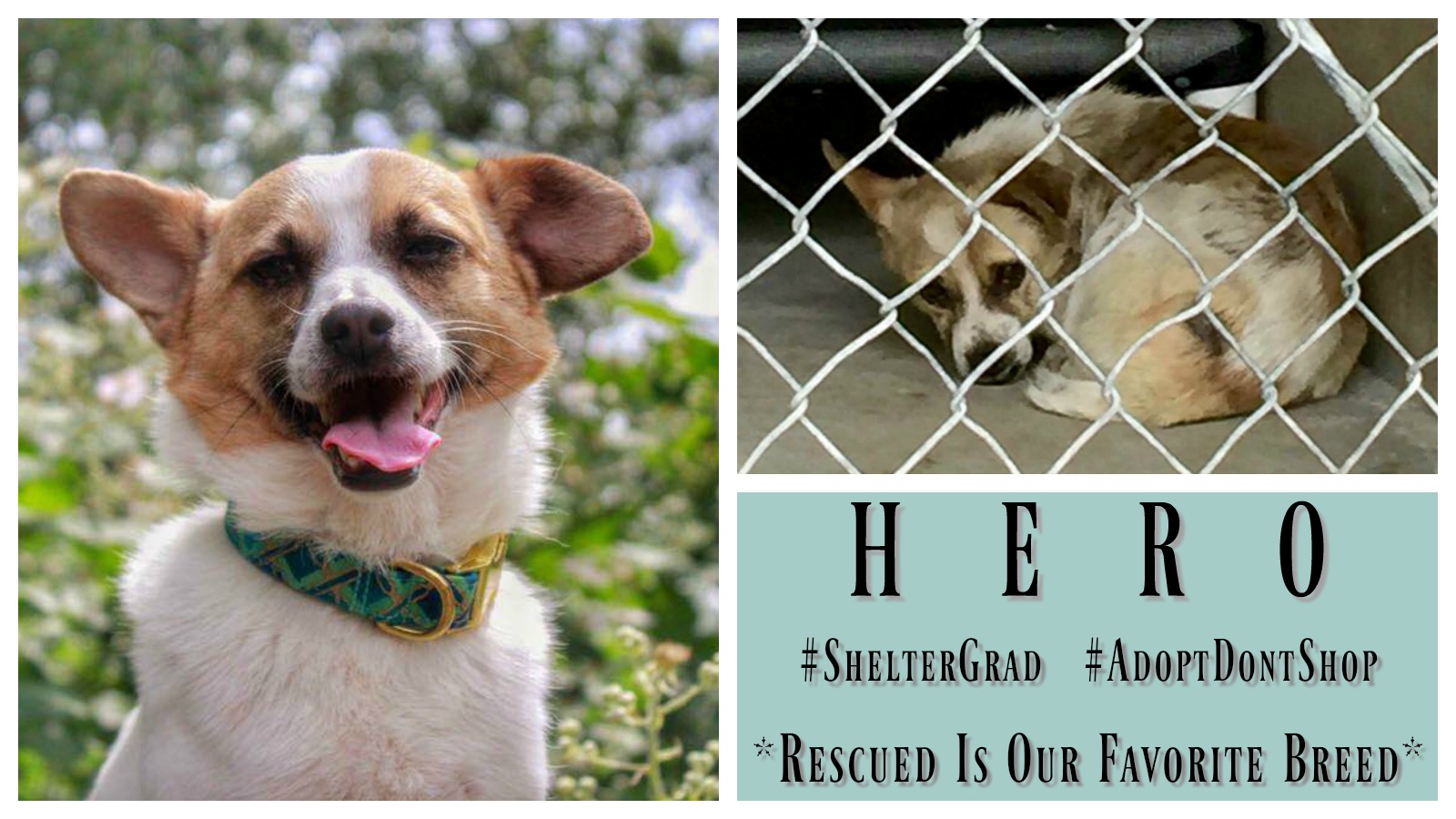 I was sitting on my computer, scrolling through my Facebook just like any other day, when this little, battered dog came up on my feed. My heart broke. He was such a handsome dog. The nameless pup curled up in the corner was nothing but a shell and looked as if he had just completely given up. I thought “I am going to save this dog.” I called my husband in tears – as we already have two rescued dogs and work full time. He said “I am sorry, Hun, we just can’t take in three.” I said “Fine, I will foster and we will find him a home.” My husband agreed on those terms – foster only. 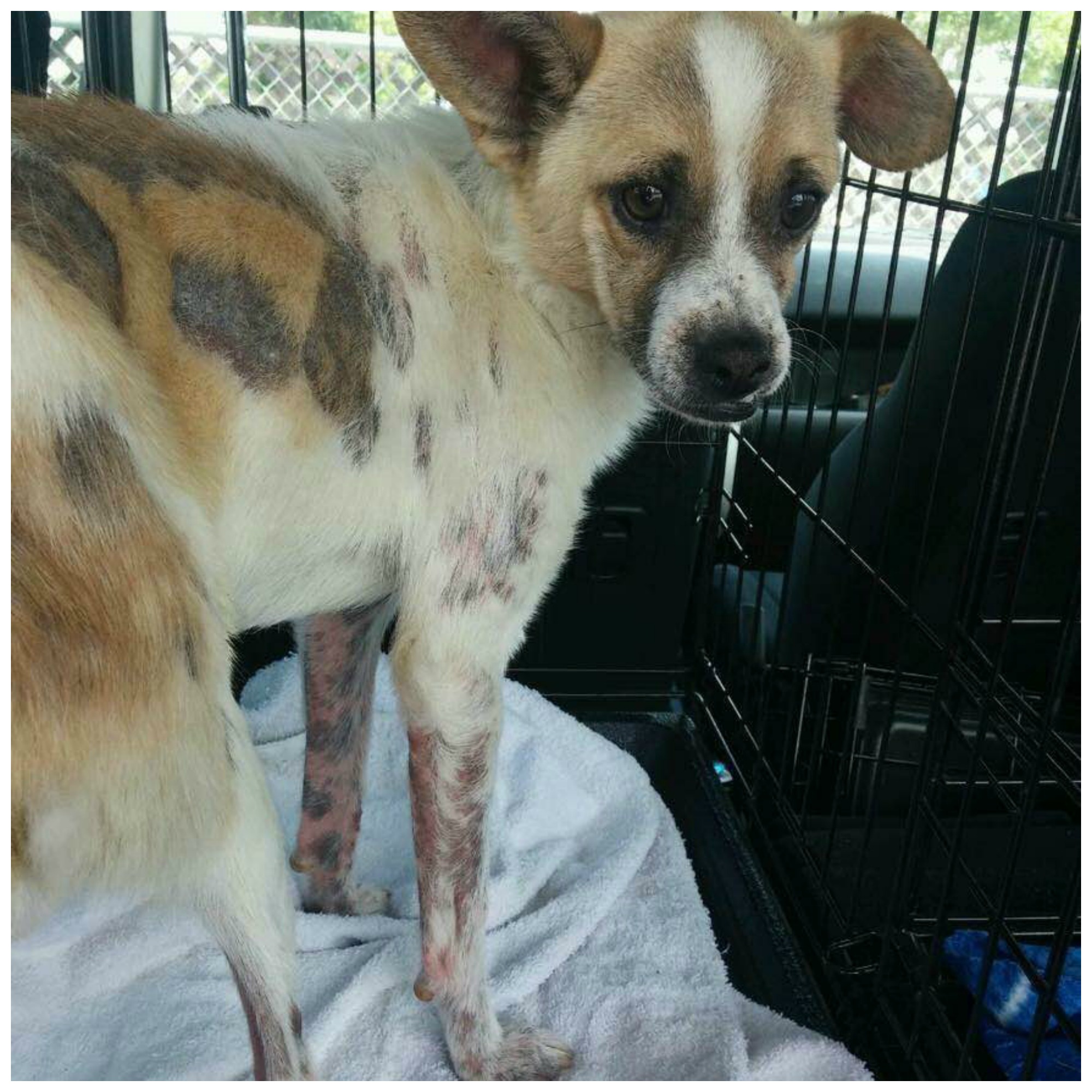 And so it began. I was determined to pull this guy out of his California shelter. I did not know how much longer he had – but in his state, probably not too long. I called the shelter to get more information on him. They didn’t know much, just that he had a severe case of mange, needed vet attention for various wounds, was shut off from everyone, malnourished, and that he had been hit by car and brought in. As I listened to the lady tell me this- I was broken inside. This poor little guy had been through it all. She asked if I wanted him. I said yes, but I needed to make arrangements, as I live in Vancouver BC. She told me to make them fast. 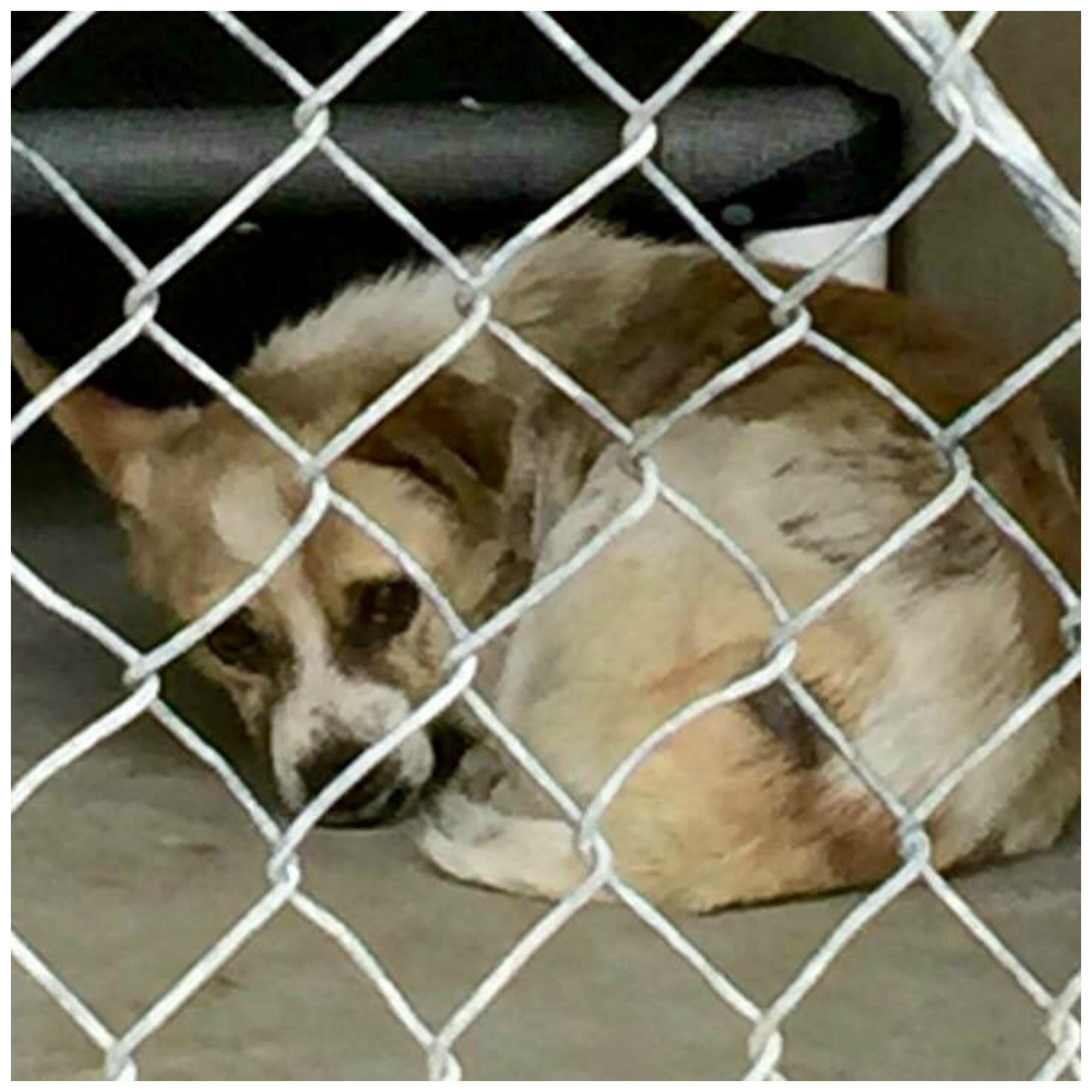 At this point, I reached out to everyone that I knew in the rescue community. Sadly, going into summer, everyone had their plates full and wallets were tight. I reached out to a rescue called L.E.A.S.H Animal Welfare Society, where I adopted my little chihuahu, Nyx, and have done some volunteering. I told them my story and asked what can I do , how do I get him here, etc. They told me what needed to be done, but the costs where going to be far too high for them to cover, as he needed to be vetted for at least two weeks to be well enough to come to Canada. So I said, “what if I fundraise for him??” They agreed and said they would help if I could raise funds. Within the hour, he was pulled out of the shelter and headed to his much needed vet care. 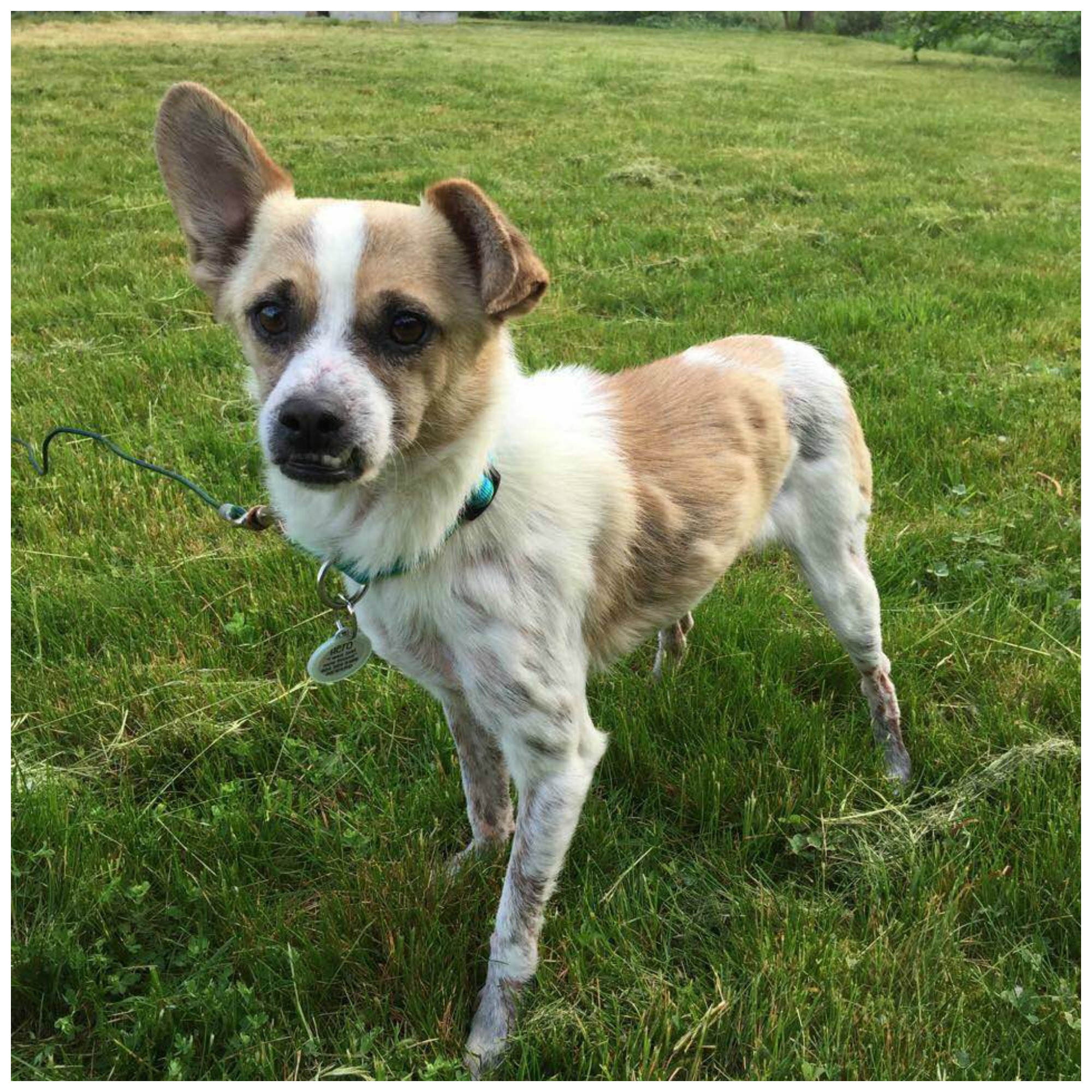 I began fundraising and turned to Instagram, and some pretty amazing people and companies stepped up to donate prizes. We held a three day auction via my Instagram account (@thevandogdiaries) and raised over $1500 for my little man. I called the vet office every few days to check on him. I had named the dog with no name “Hero”, as I knew he needed a hero of his owb and a strong name. Finally, the day came where he got to come home and meet me.

I was all set to pick him up. His transport was late and the anticipation of meeting him grew. I wanted nothing more than to open his kennel and have him jump into my arms and cuddle and lick me. Everyone told me to stop thinking that way – he is going to have fear issues and possibly aggression issues. I said that was fine and I could handle it. Finally, the car pulled up. I ran and opened the door – I am pretty sure the car was not even stopped yet. I opened his kennel and low and behold my sweet Hero jumped into my arms and just licked and licked me. At that moment I thought “nope, you’re mine !!! From day one, I fought for this little guy, he knew it, and he fought for me and got himself better. 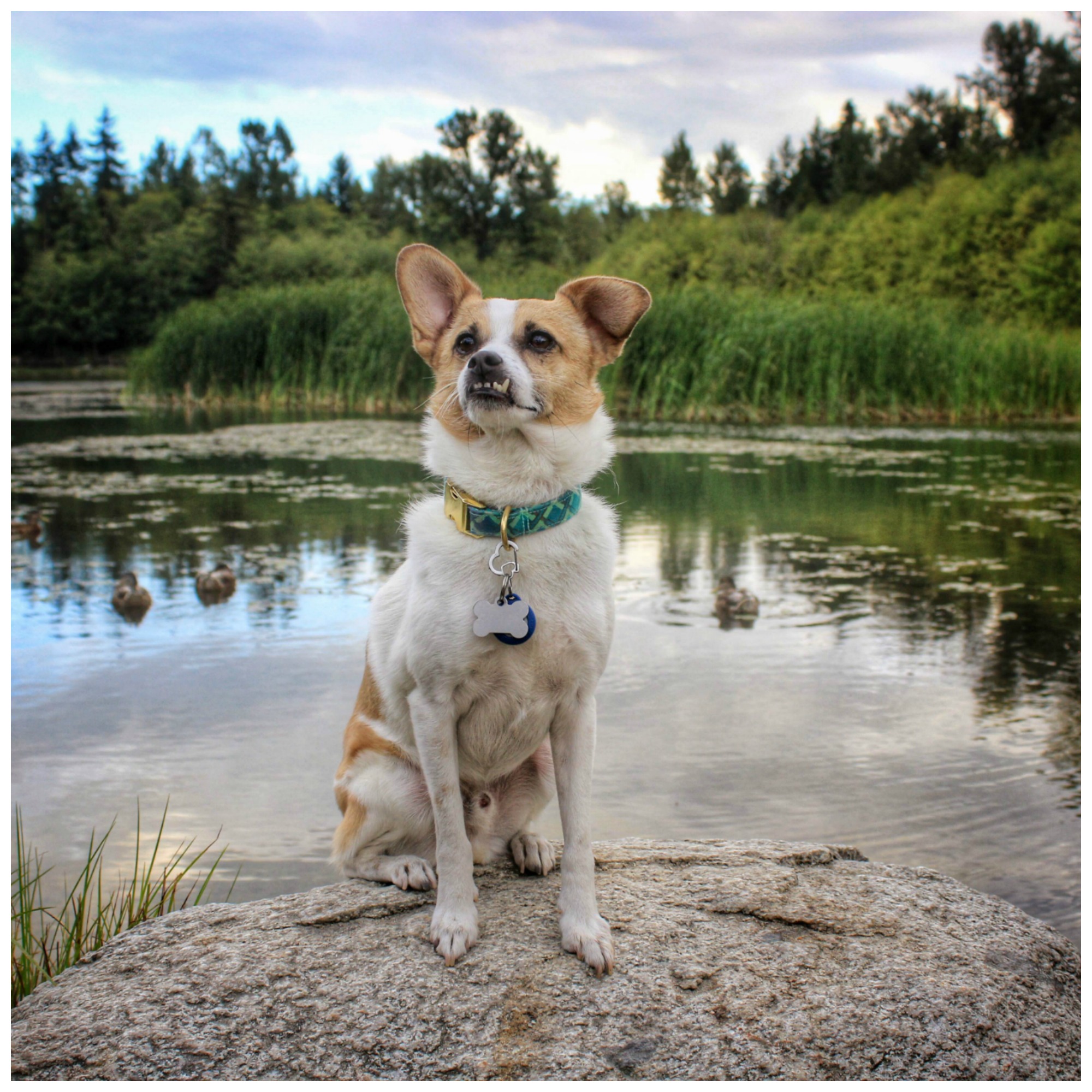 I brought him home and introduced him to my pack. I was ready for him to be aggressive or defensive, so I had my house divided up, just in case. But it was like he was a long lost pack member! He openly greeted them and they accepted him instantly. I was amazed!!! My dogs are well socialized, but they enjoy humans more than other dogs. It just reassured how ‘meant to be’ Hero is for our family. 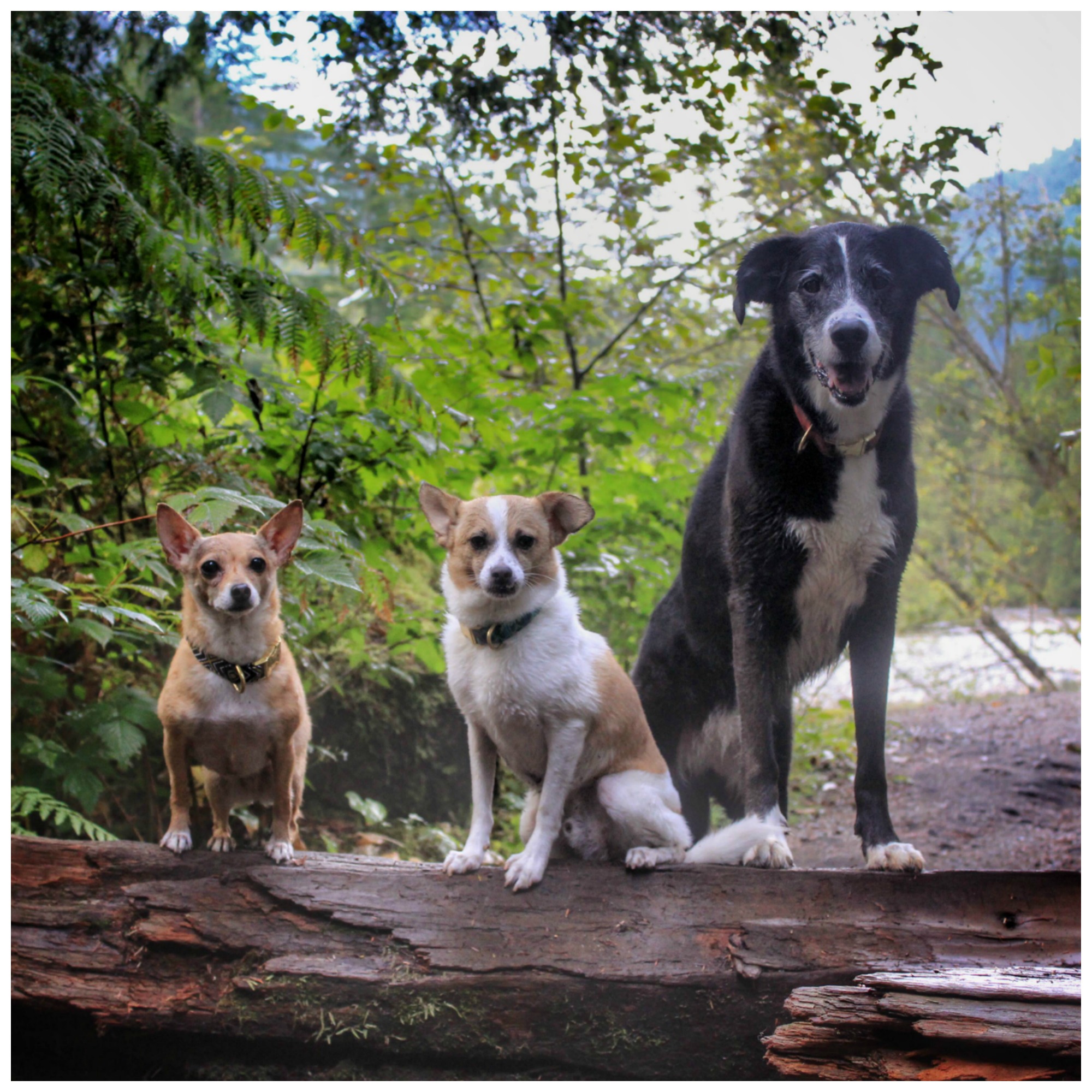 It has not been easy. Hero has demons and you can see that they affect him sometimes. We joke that he has ‘doggie depression’ and walks are his drug. But we learned his body language and give him space when he needs it. He has been a little joy in our pack and I would not have done anything differently. 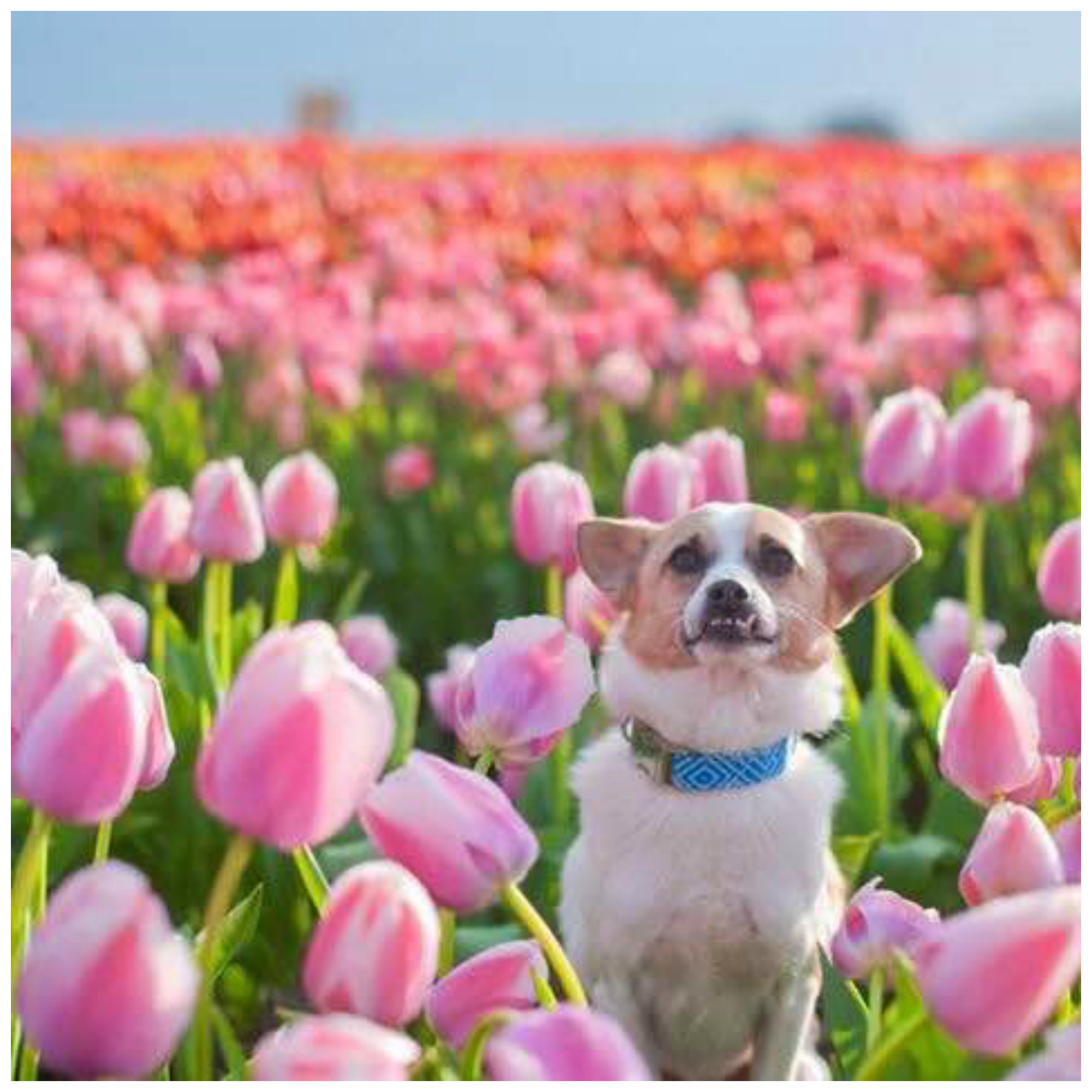 Hero is my shadow and we have a bond like no other – the admiration in his eyes when he looks at me breaks my heart. He thanks us everyday – and if you are lucky enough to get Hero cuddles, you will find out he actually cuddles you. He holds you in his paws, head on your chest and sighs out of happiness. Even though my husband was not 100% on board in the beginning, I can now catch the two of them cuddling on the couch.

It’s a perfect beginning to what have could been a horrible ending.

My little adventure minis!! — I get so many compliments when I hit the trails with my dogs on how good they are!! Not to mention we are always the only small dogs there. No snow too deep no mountain to high … Nyx and Hero never give up we always finish!!! My little inspirations ???? #pushinglimits #neversaynever #littledogshiketoo — I am joining the #woofingadventure with @youdidwhatwithyourwiener @oztheterrier @hurttanorthamerica @trustyourtrail @getcairn and @zukespets ???????? we plan on pushing the limits with these guys and Angel of course!! We have an awesome overnight hike planned that I can’t wait to do in the summer it will be 24km round trip and their toughest to date. We plan on prepping them with 10-15km day hikes – currently 10km is easy peesy for them and they are ready to go the next day!! Pushing the limits is our goal for 2017 not to mention changing the stereo type that littles are just purse ????. Not my puppies we are mountain dogs #findyourwild. — #dogsofinstagram #dogsofvancouver #vancouverdogs #canadiandogs #dogsofcanada #barkbox #WeeklyFluff #dailyhivevan #livewildbefree #activedogs #thatpnwlife #pnwwonderland #pawsthatwander #hikingwithdogs #adventuremutts #backcountrypaws #dogsofbc #dogoftheday #dogsonadventures #outdoorswithdogs #hikingdogsofinstagram #neverroamalone #huffpost #huffingtonpost

How did you spend your New Years Eve ?? We spent it up on the mountain , I have been so busy at work, I have come home and gone straight to bed for the last week. And my first day off I could have slept in or go to my happy place with these 3. To me it was a no brainer the mountain it was!! 2016 has been a challenging year and a great year for some. For me the highlight was our wedding ❤ I am so thankful for the friends I have made on Instagram this year and the connections that I have made in the rescue community. We started up @waglickbark and it’s doing awesome. We can’t wait to see what 2017 has in store for all our friends and family !!! If your in the lower mainland stay safe as we are snowed in ❄ Happy New Year EVeryone ???????????? #newyear2017 #happynewyear — #cypressmountain #hollyburn #seniordog #lab #labmix #dogsofinstagram #dogsofvancouver #vancouverdogs #canadiandogs #dogsofcanada #chihuahuasofinstagram #dailyhivevan #livewildbefree #activedogs #thatpnwlife #pnwwonderland #pawsthatwander #hikingwithdogs #adventuremutts #backcountrypaws #dogsofbc #dogoftheday #dogsonadventures #outdoorswithdogs #hikingdogsofinstagram #neverroamalone #huffpost #huffingtonpost

ANGEL, NYX AND HERO’S FAVOURITE THINGS ???? DAY 12 & THE FINAL DAY ???? SHOP: @mootugs WHAT MAKES THEM AWESOME: So what makes @mootugs udderly amazing is … well it has a soft handle for us humans to hold on too – and the pull part is made from upcycled rubber milking tubes!!! So it has that great cow scent …. yum ???? my dogs love it!! Hero can’t get enough of it – it was the first toy we could get him to play with – and tug is such a great game for bounding with your pet and also teaching boundaries. One thing I have learned is it does NOT float … hero and I learned the hard way .. poor guy was in the middle of lake swimming in circles. We also use our mootug as fetch ❤ Seriously best tug toy you can get … so go get your mootug on!! — Now because you know us- we secured you a special deal for YOU – USE “VANDOGS” for 20% off ???? — CONGRATULATIONS @mootugs for making our list of 2016 Favourite things. — #angelnyxherofavouritethings2016 #tistheseason #dogsofinstagram #dogsofcanada #dogsofvancouver #vancouverdogs #bestwoof #barkbox #weeklyfluff #dogstagram #dogoftheday #pawsinvancouver #dog_features #buzzfeed #dailyhivevan #dailybarker #bestwoof #rescuedog #dogscorner #mutt #chihuahuas #chihuahuasofinstagram #tugger #happyhowlidays #mootugs #rescuedismyfavoritebreed

ANGEL, NYX AND HERO’S FAVOURITE THINGS ???? DAY 8???? SHOP: @waggin_tails_barkery_ WHAT MAKES THEM AWESOME: So what makes @waggin_tails_barkery_ so awesome is that they make these amazing homemade natural cookies for your dogs!! And best part it’s all local !! My dogs go bonkers for these treats!! And when I am fully stocked it’s our go too hiking treat!!! I know a lot of love goes into the baking of the cookies !! And that to me is special !! This is one treat that needs to be stocked in your treat cupboard for sure !!!! Don’t forget to check out @waggin_tails_barkery_ — Now because you know us- we secured you a special deal for YOU – USE “PROMO” for 15% OFF your purchase- I think I am gonna go stock up now ???? ???? — CONGRATULATIONS @waggin_tails_barkery_ for making our list of our favourite things in 2016. — #angelnyxherofavouritethings2016 #seniordog #lab #labmix #dogsofinstagram #dogsofvancouver #vancouverdogs #canadiandogs #dogsofcanada #barkbox #WeeklyFluff #dailyhivevan #livewildbefree #activedogs #thatpnwlife #pnwwonderland #pawsthatwander #hikingwithdogs #adventuremutts #backcountrypaws #dogsofbc #dogoftheday #dogsonadventures #acommunityoflove #outdoorswithdogs #hikingdogsofinstagram #neverroamalone

Didja hear, Didja hear… Our store wag lick bark opened on etsy. — Etsy.com/shop/waglickbark Or head over to @waglickbark and click the link in the bio. — We have an opening special tomorrow morning ???? and a giveaway ????. — It would mean a lot to us if you checked it out and gave your feedback.. we have been working hard making sure we had the best for you .. mommas been crafting and we have been quality checking. — 50% of our sales are donated to @leashsavinglives until December 31. — #meowvswoof #weeklyfluff #dailycutedoggies #dailybarker #weeklyfluffballs #barkbox #bestwoof #ruffpost #insta_dogs #rescueismyfavoritebreed #candiandogs #dogsodcanada #vancouverdogs #dogsofvancouver #rescuedog #adoptdontshop #dailyhivevan #pupandcompany #pupandco

Today is thanksgiving in Canada ???????? and I want to take today and tell you what I am thankful for and would love for everyone to comment one thing they are thankful for. — I am thank you for my wonderful husband who puts up with me and our fur kids … he knows how many collars I really buy… I am thankful for my amazing friends and family who constantly support me and wild dreams and adventures. I am thankful for the health of my family, friends and my furkids. And lastly I am so thankful for my 3 kids- they have taught me so much about myself. I love them to the moon and back and would do a absolutely anything for them. I always say I rescued them – but really they rescued me!! — #turkeyday #happythanksgiving #thanksgiving #thankful #mypack #seniordog #lab #labmix #dogsofinstagram #dogsofvancouver #vancouverdogs #canadiandogs #dogsofcanada #barkbox #WeeklyFluff #dailyhivevan #livewildbefree #activedogs #thatpnwlife #pnwwonderland #pawsthatwander #hikingwithdogs #adventuremutts #dogsofbc #dogoftheday #dogsonadventures #acommunityoflove @instagatorpup #instagatorpupcontest #fbtndmodelsearch