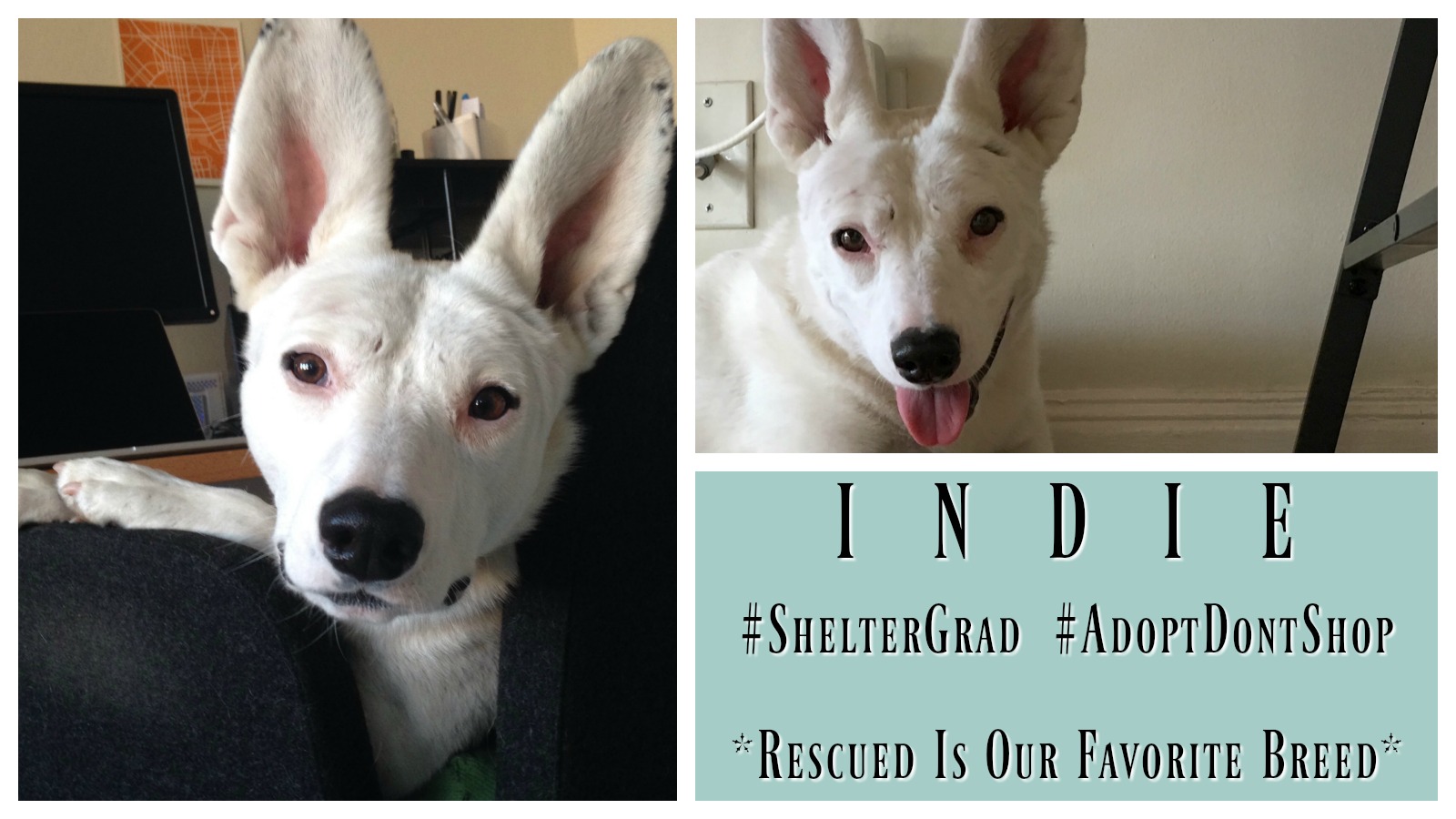 Indie is an Australian Cattle Dog Mix that was rescued from a severe hoarding situation in Battle Mountain, Nevada, when she was approximately a year old. She had been living in a fenced-in backyard where food was limited. As a result, the dogs had to fight each other in order to get a scrap of food to eat. Due to Indie’s submissive nature, as well as her being born deaf, she was repeatedly attacked. She still has scars on her face and legs from when she’d try to get a bite of food and didn’t hear more aggressive dogs coming.

Around the time that Indie arrived at the local shelter in San Francisco, Kelly and her fiancee had just moved to the city and were looking to adopt a new dog. One afternoon, as they were walking to lunch, they ran into Family Dog Rescue‘s adoption event, where Indie had just been returned by previous adopters (it should be noted that Indie plays very…enthusiastically… with cats!). As they were meeting all the dogs, they noticed Indie laying in the corner, away from the crowd. Suffice it to say, she did not look very interested in meeting new people! Now, you’d think that Kelly and her fiancee would have immediately been drawn to her giant rabbit ears, but it was actually her overall size and (at the time) calm demeanor that attracted them to her. 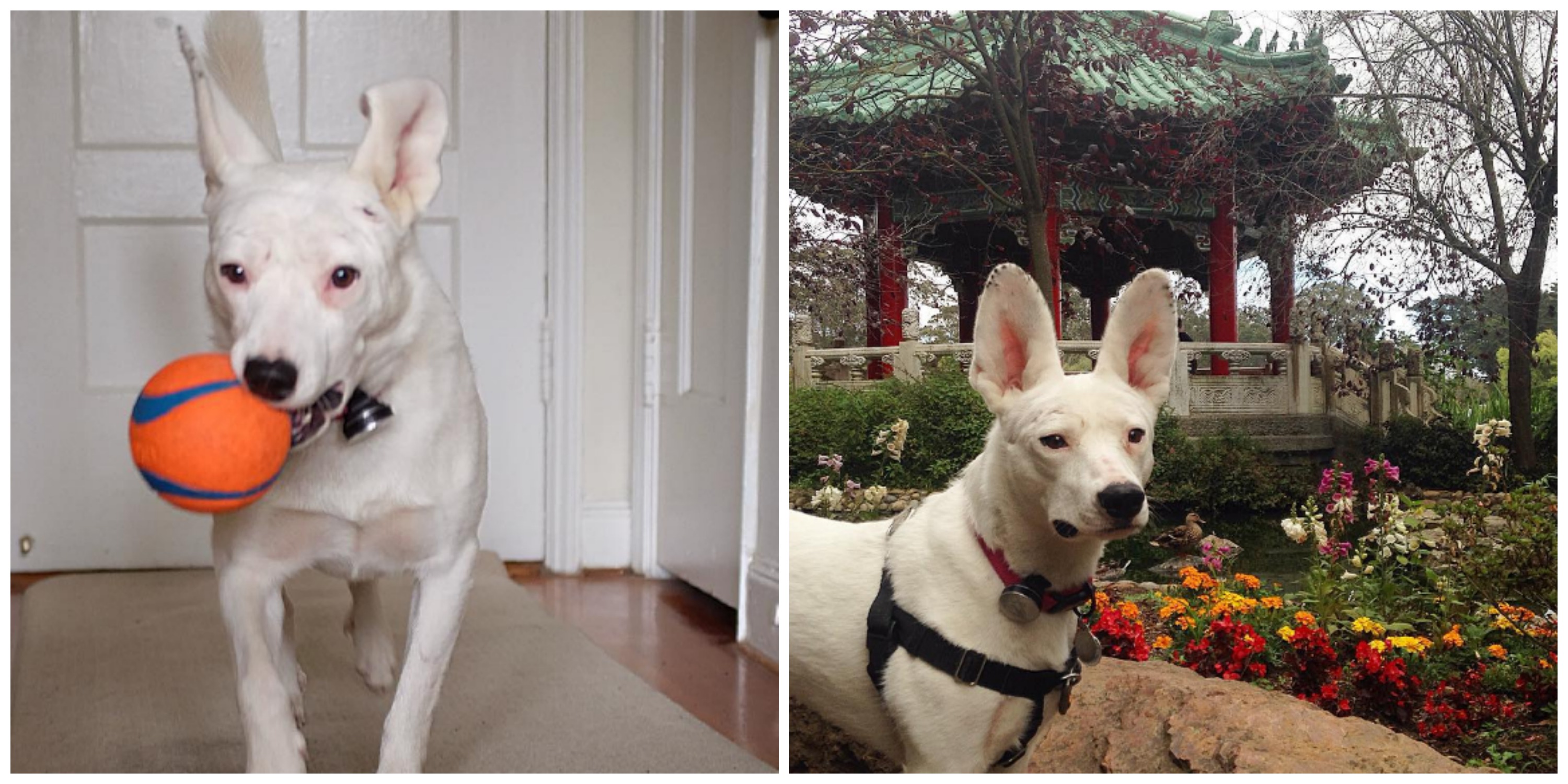 That afternoon, Kelly and her fiancee decided that Indie was the dog for them, even though neither one of them had ever had a deaf dog before. It’s been about two years now and when Kelly thinks back, it hasn’t been any more challenging than training any other young/shy dog. The best part has been watching her come out of her shell and develop such a quirky personality. She now has her forever mom questioning whether she’s really deaf, or if it’s just selective hearing 😉

Nowadays, you’ll find Indie doing one of three things: napping, sunbathing, or playing tag with her fur pals at the park (even in spite of the bad experiences she had in that awful backyard). 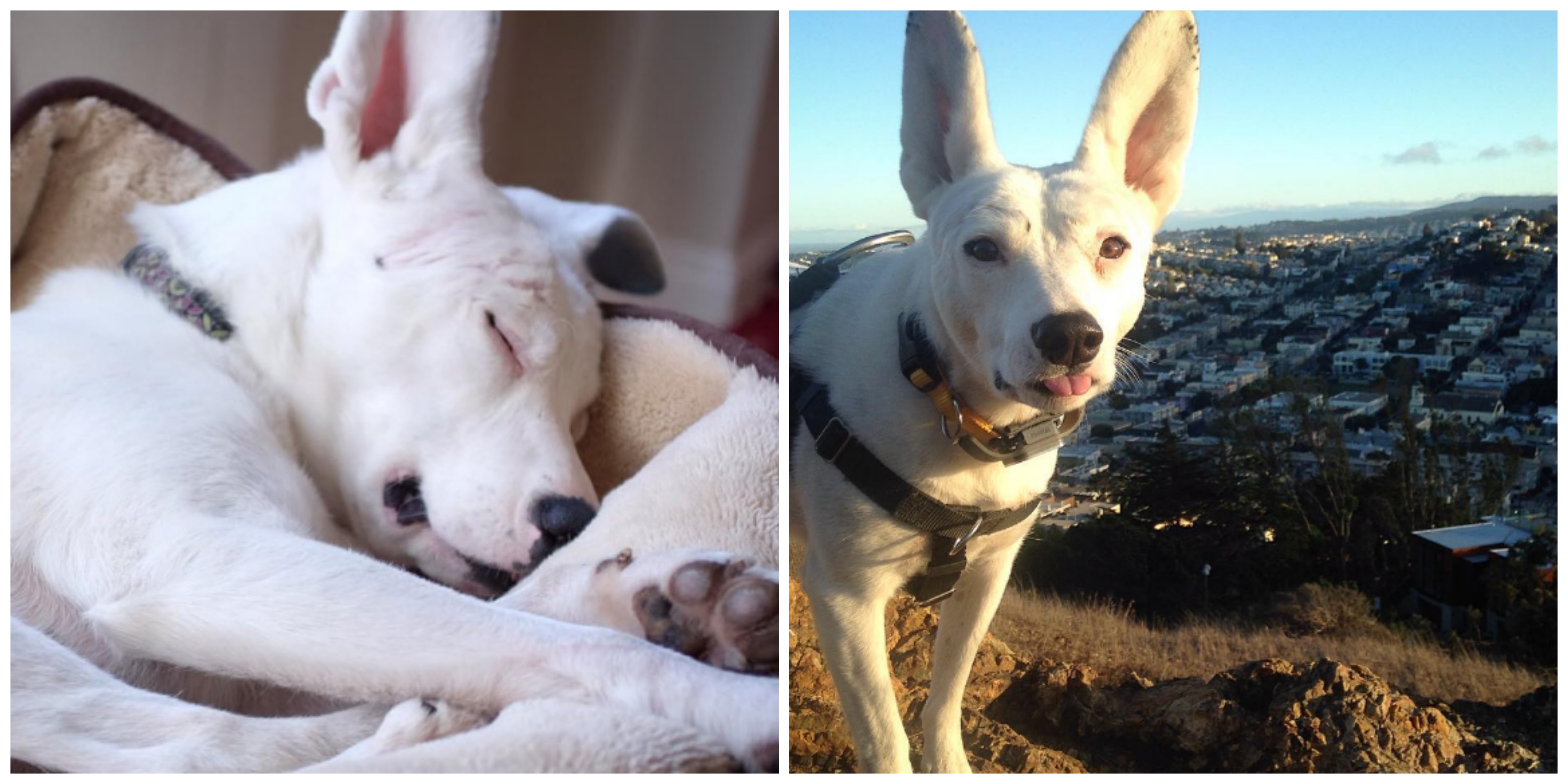 It’s very important that I spend all day doing this????

Hanging with my dOOds???? What about you guys?

Had an early meeting this a.m. where we discussed important issues-like what household items to chew on and the rising demand for kibble in this country ????????☕️ #workingdog #dogproblems #meetingoftheminds #readyforanap