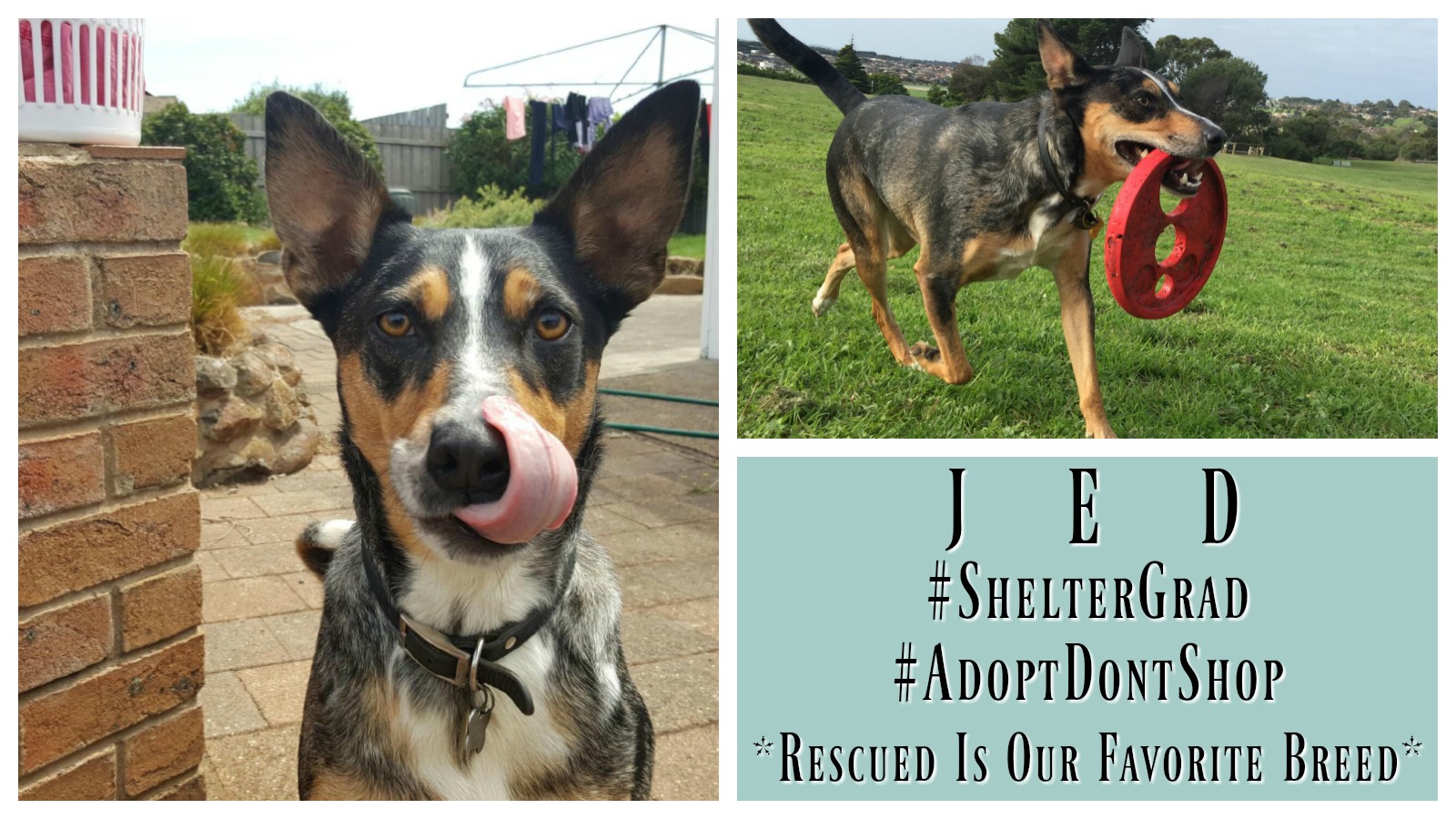 Jed found his forever home on January 4th, 2014. He was 9 months at the time. The RSPCA Pets Place in Victoria, Australia, told his family that he and his siblings had been left in a car and as such, had been taken into the shelter for adoption. 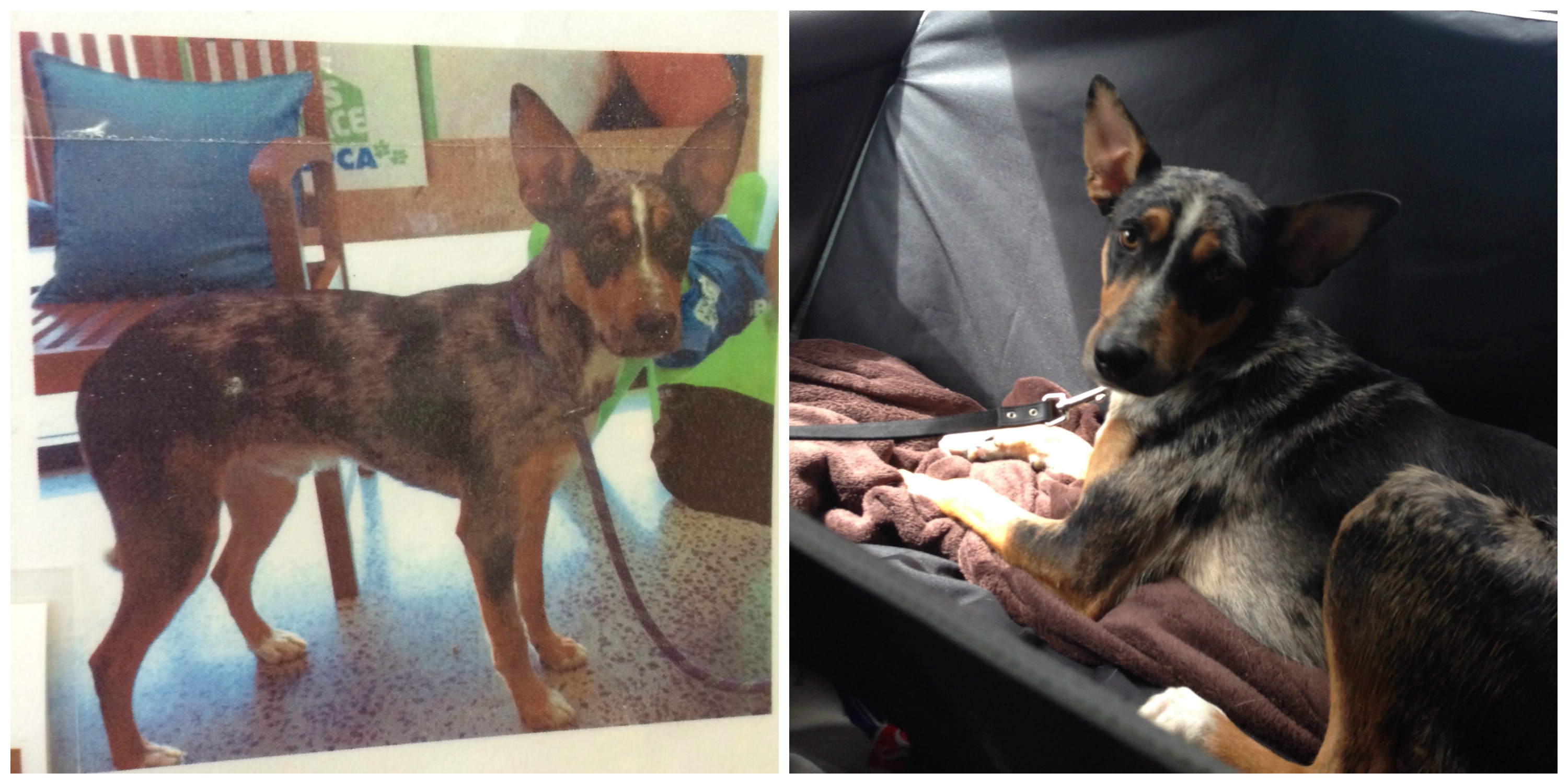 Jed’s pawrents already had a dog, BamBam, who is a curly coat retriever / whippet mix. He was approximately 6 years old at the time and they had decided he needed a friend, so they searched for a rescue pup to add to their family! They had a little meet and greet at the RSPCA (as per their rules), and BamBam and Jed got along. His mom assumes BamBam he just thought it meant he would have to try a little bit harder for his parents’ attention.

Jed settled into his new forever family so well. His mom couldn’t believe how quickly he became apart of “them”. It was easy to see he had been through a lot as a puppy, as he had a significant fear of older males (and a number of scars), which they had to work through with him. After two years, that fear has completely disappeared and you will not meet a dog that is more excited to meet anything or anyone more than Jed! BamBam puts up with his “annoying” little brother, but every now and then they have the greatest of plays until BamBam tires out. It’s the most beautiful thing to watch, as you can see the light in Jed’s eyes as he races around the house or backyard with his big brother. 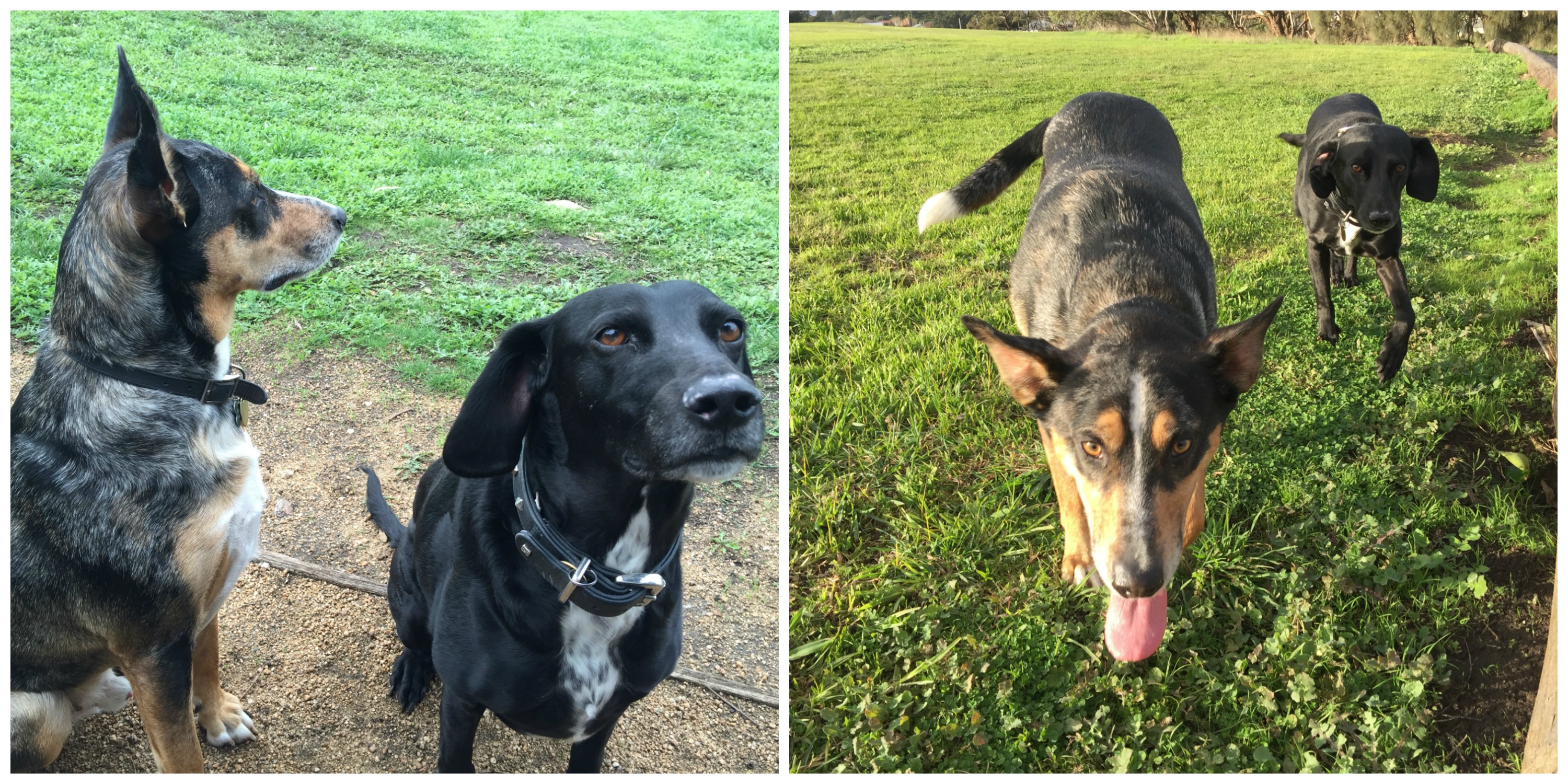 Jed is incredibly needy in the best possible way and his mom loves nothing more than to snuggle up in bed and fall asleep with him (much to the dismay of her partner!). Jed LOVES being outside and is always excited for a walk, no matter the weather. People often tell Jed’s mom how good it must feel to have saved Jed’s life by adopting him, but she genuinely feels that Jed saved her. He is the light of his mom’s life — her soul. She cannot believe the impact he has had on her and there aren’t words in the dictionary to describe the bond they have. He will fetch any toy for you for hours on end and definitely wears his mom out on a daily basis with his hyper-activeness, but she wouldn’t have him any other way. Jed’s mom could not ask for a better pet. Scratch that — she couldn’t ask for a better best friend.

Jed is now 3 years old and his parents are in awe of how much he has grown since they first met him. All he wants to do is spend time with you. No matter what you are doing, he will follow you. He waits outside of the bathroom door while his mom showers and lays at her feet as she does her hair and make up in the mornings. He is so incredibly smart, while also being incredibly silly. He can pick up commands in an instant and can sense exactly the mood you are in and what you need from him, but at the same time, you can pretty easily trick him by hiding his toy behind your back or pretending to throw it. 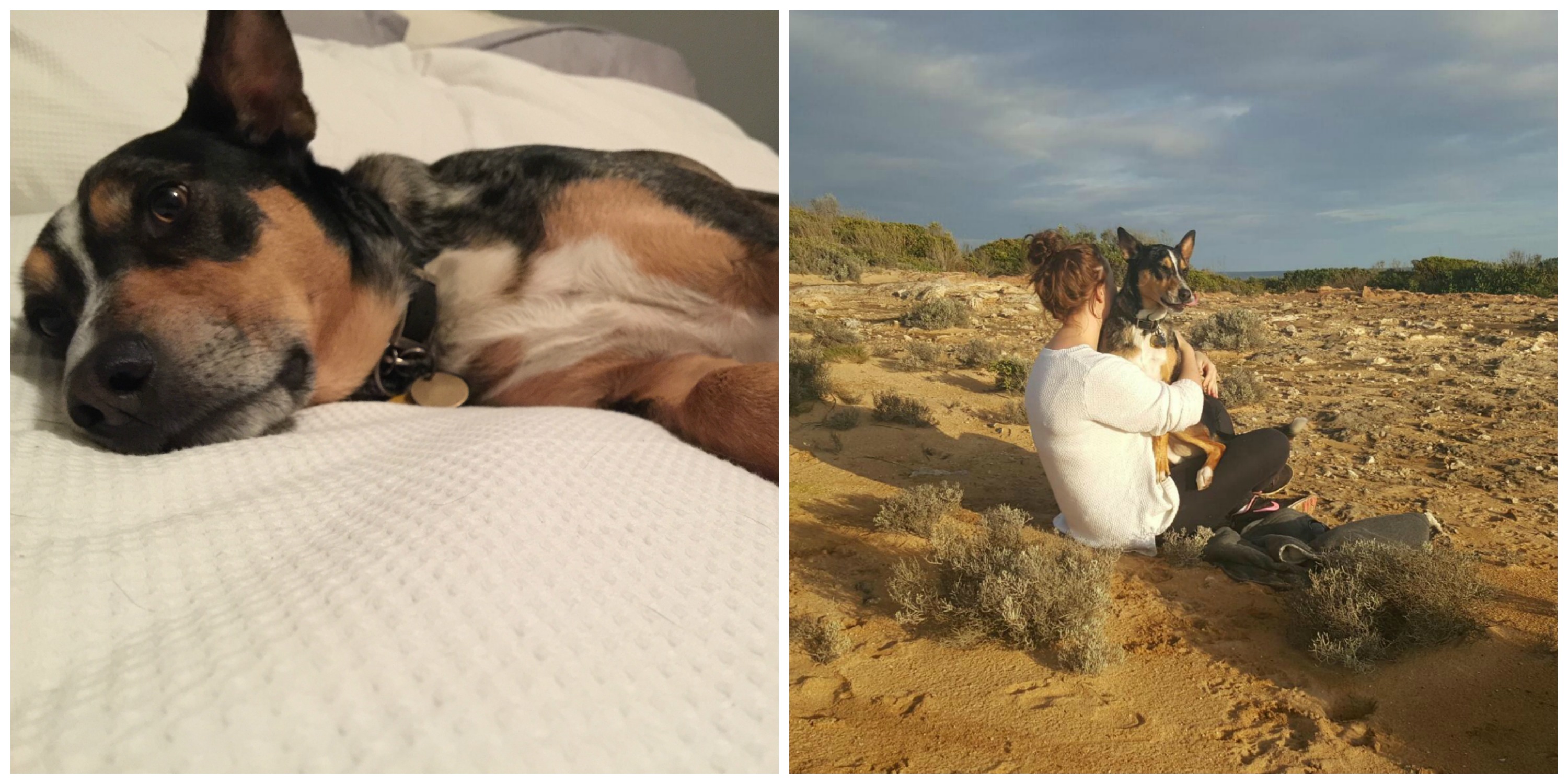 Patiently posing for a photo so mum will feed me breakfast after. The woman is such a pain! ???? #dogsofinstagram #kelpiex #kelpiexkoolie #dog #tongueouttuesday #kelpiesofinstagram

Running to mum for safety as soon as dad gets the hose out. I hate that damn unruly water spouting thingymabob!!! #kelpiexkoolie #kelpiex #dog #kelpiesofinstagram #dogsofinstagram #sunshine #australia #hose

Mum, give me my toy back! Even if I did just give it to you to throw for me ???????? #kelpiesofaustralia #kelpiexkoolie #kelpiex #dog #dogsofinstagram #toy #sunshine

Morning fun time with my favourite toy everrrrr. I think this is my 4th one ???? #kelpiexkoolie #kelpie #kelpiex #teefies #dog #dogsofinstagram

#throwbackthursday to mum trying to take a nice pic of a very wet and muddy @tucker.the.aussieshepherd and I! Personally I think she nailed it ???? #kelpiex #kelpiexkoolie #aussie #aussiesofinstagram #dog #dogsofinstagram #wet #mud #smiles

Trying to use my sad eyes to convince mum to ditch work and stay home with me. #kelpiex #kelpiecross #kelpiexkoolie #dog #dogsofinstagram

Throwback to catching some rays last weekend when we had some actual sunshine and it wasn’t windy and horrible like today! #kelpiecross #kelpie #warrnambool #dog #dogsofinstagram #workingdogsofig

This is my “just came inside from a play and I’m pooped” face ???????? #kelpiecross #kelpiex #dog #dogsofinstagram #workingdogsofig

TGIF! I cannot wait for lots of weekend cuddles and plays! What are you guys up too? #kelpiecross #kelpiex #dog #smile #tgif #dogsofinstagram #kelpiesofinstagram

Happy #tongueouttuesday from me and my tongue at the best place ever aka the beach. Hope you all have a fabulous day! #kelpiecross #kelpiex #dogsofinstagram #kelpiecrosskoolie