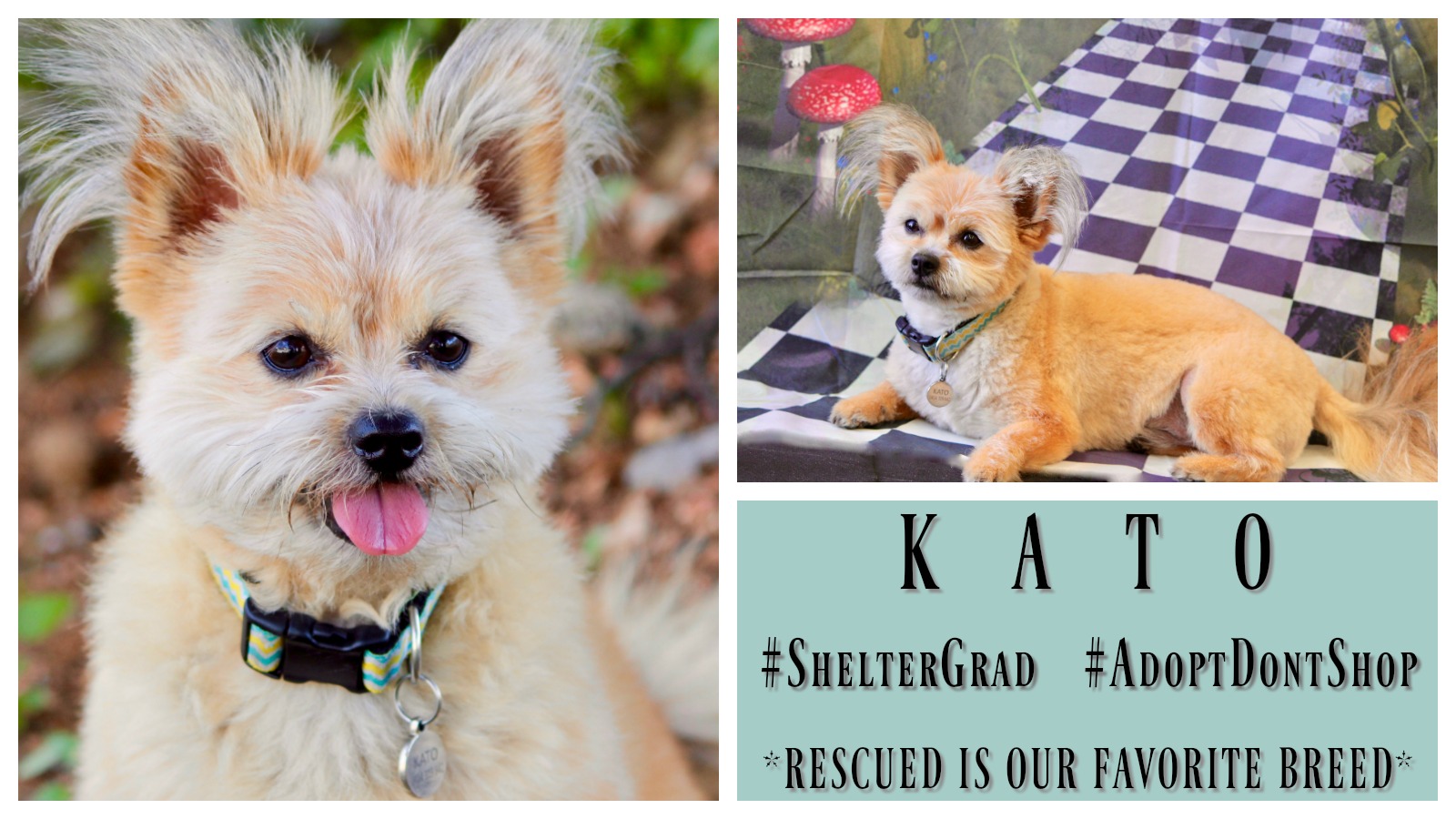 Kato’s forever mum, D’Arhne, adopted him from Tails of the Forgotten in Australia, when he was just a year and a half. He was rescued from the Animal Welfare League in Queensland, right before he was going to be euthanized for “aggression” and “behavioral issues”. Kato is neither aggressive nor does he have behavioral issues — he’s a pocket rocket full of LOVE! 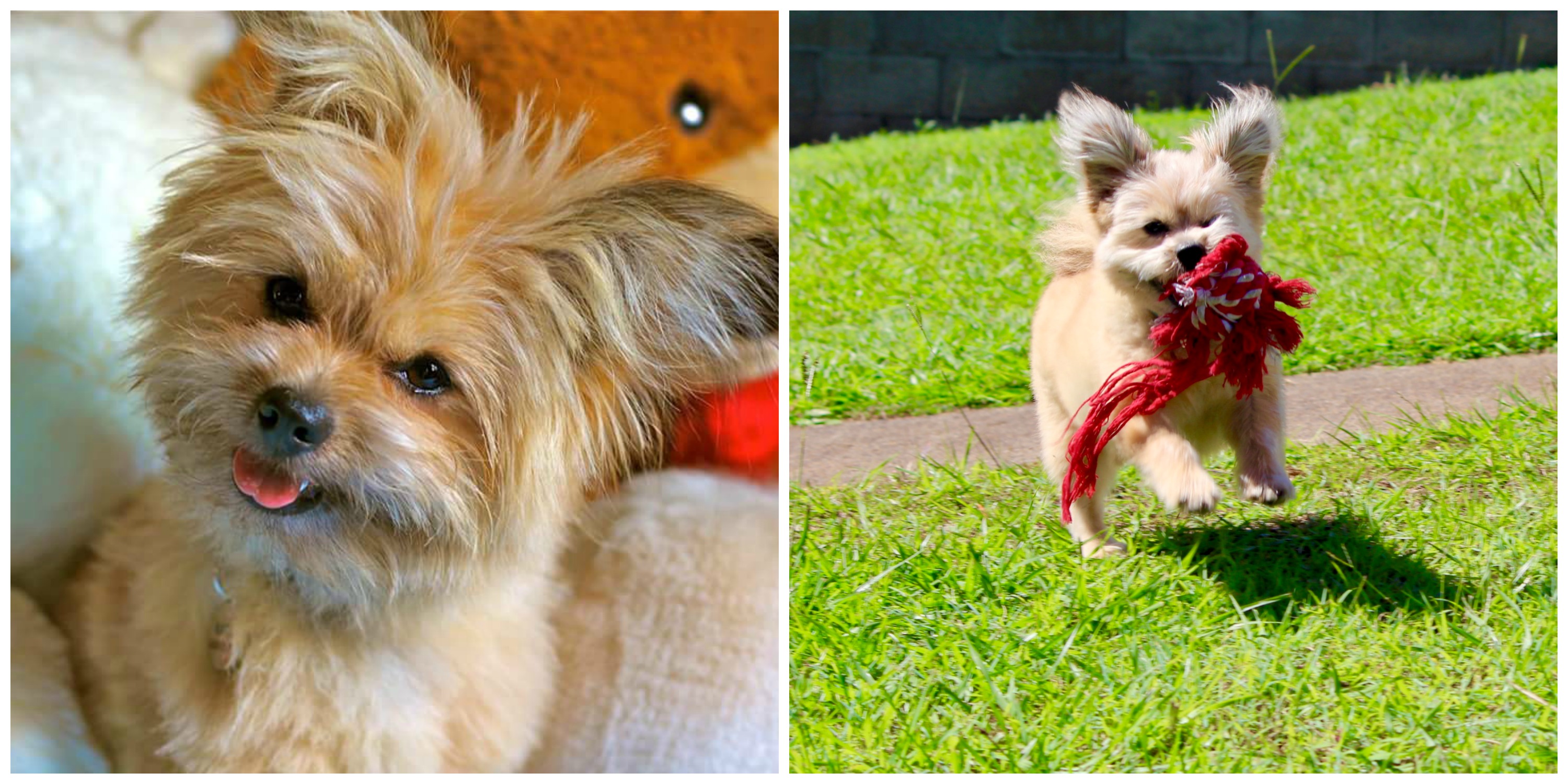 Kato used to live on the streets, and his forever home is his first REAL home. He was abandoned several times by his previous humans. D’Arhne saw Kato’s picture on Facebook and fell madly in love with him. She immediately filled out an adoption application and scheduled a meet and greet for the next day. When they met, D’Ahrne held Kato in her arms, cried, and said “Welcome home, little fella!”. 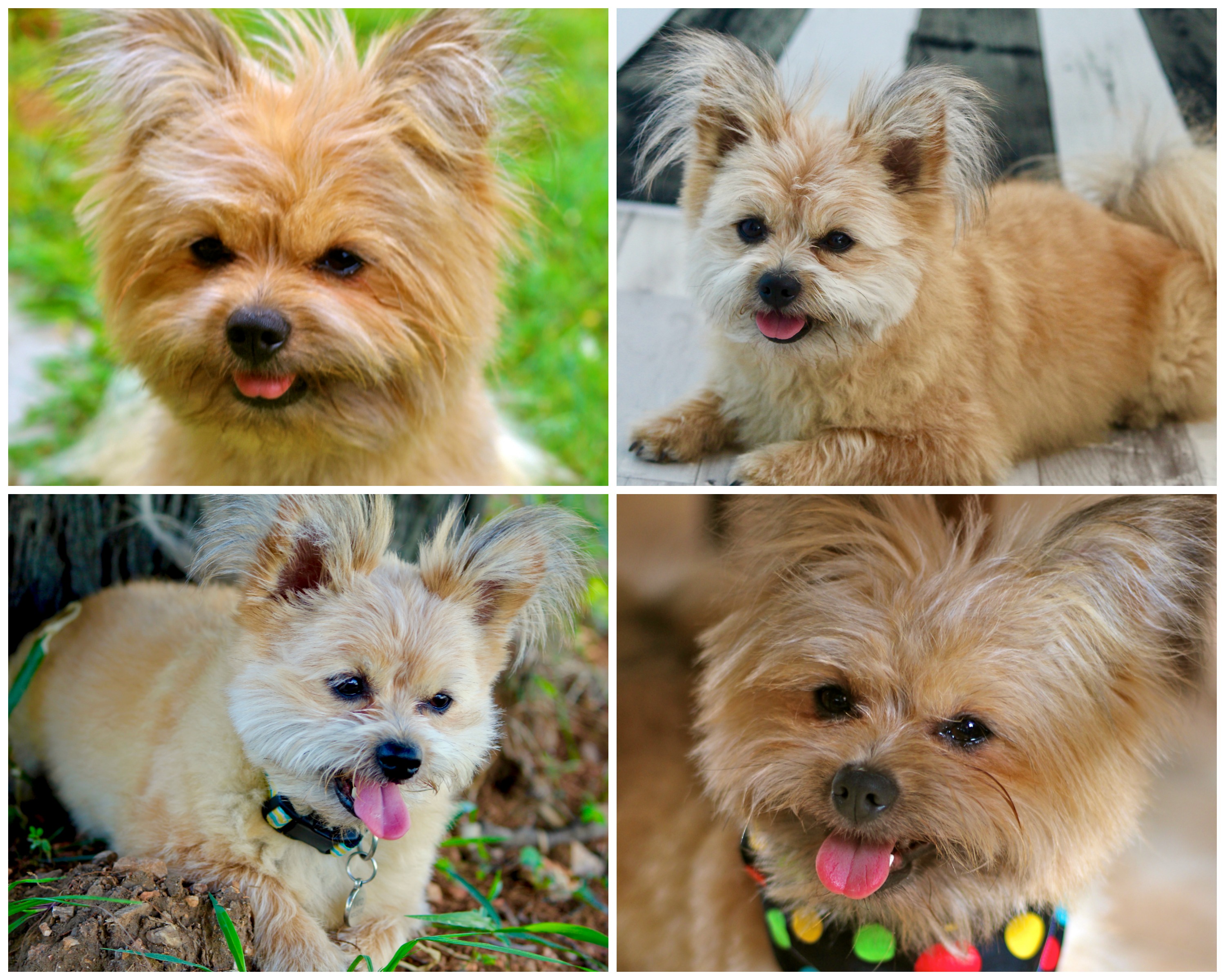 Kato and his mom get stopped ALL the time by people asking what breed he is.  He’s a “Porkie” (a Pomeranian / Yorkie mix) and everyone who meets him falls in love. He wants to play all day, everyday! 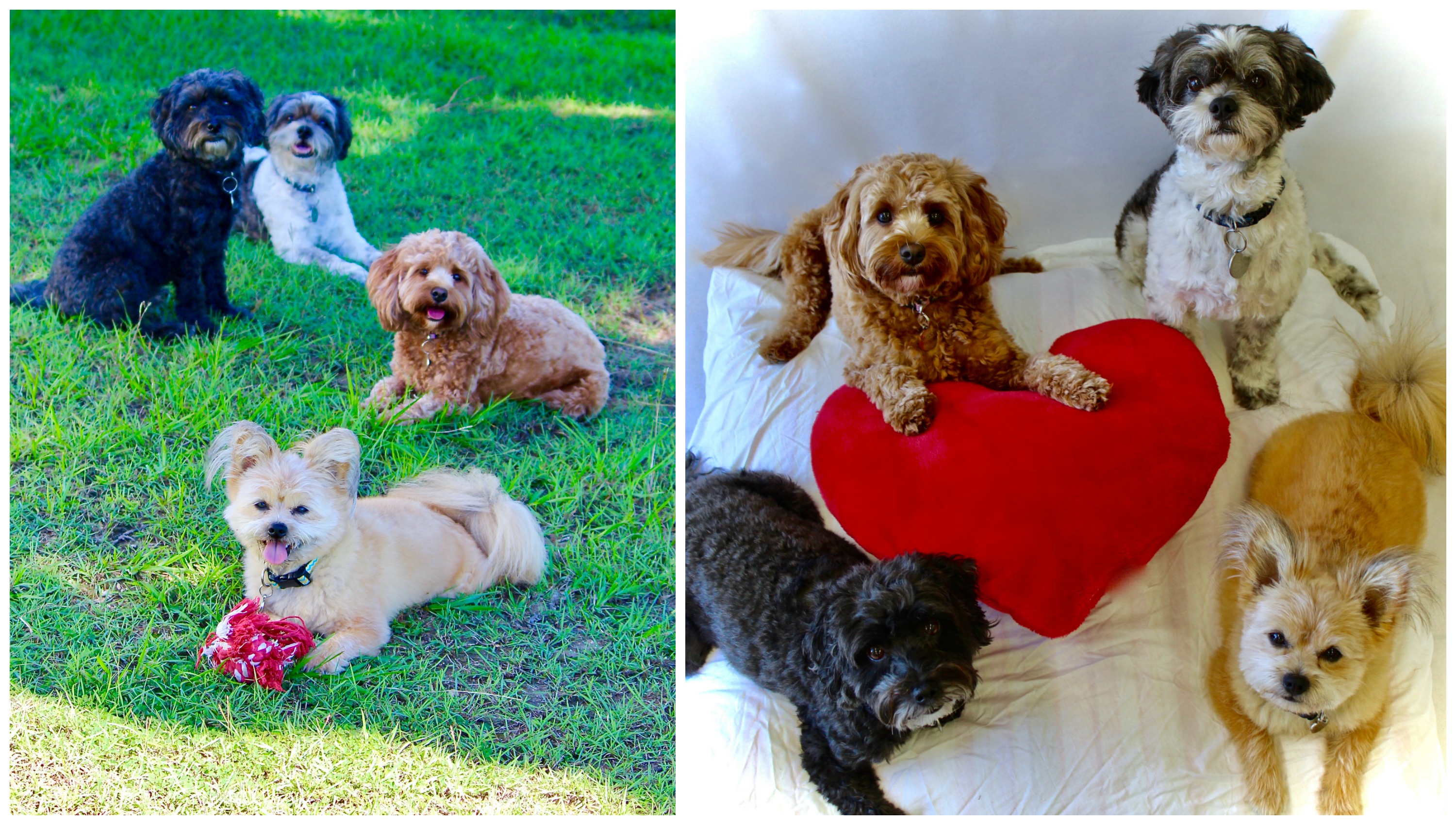 Kato, now three years old, has been in his forever home for a little over a year and lives with two older fur brothers, Snoop and Kosmo, and a younger fur sister named Missy. They are known as “The House of Crazy Puppies”. He also has a human brother named Kane. 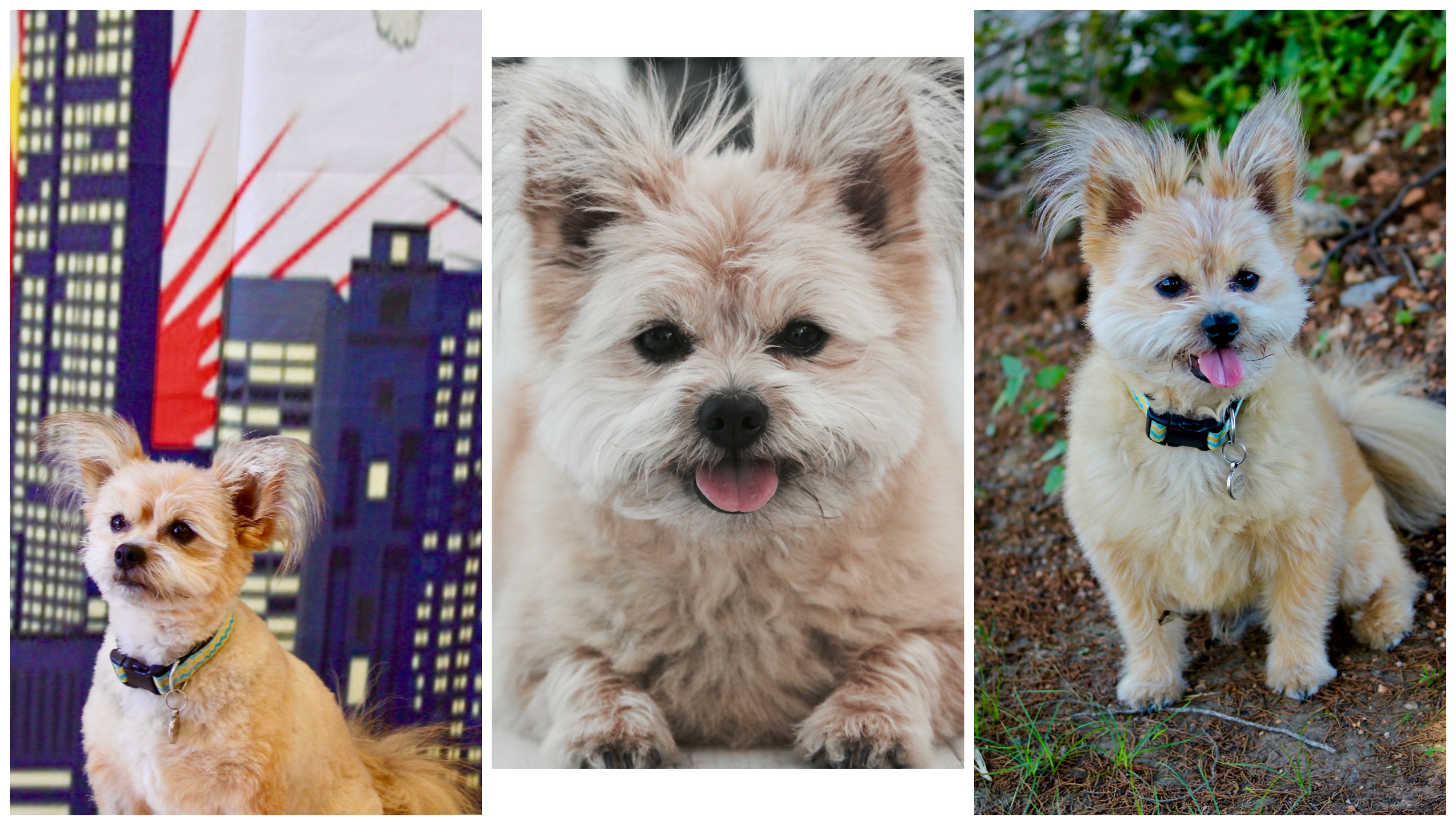 Kato’s forever mom has always loved dogs, but he changed her life. He’s a gorgeous soul who, despite having a rough start to life, is full of energy and lots of love!