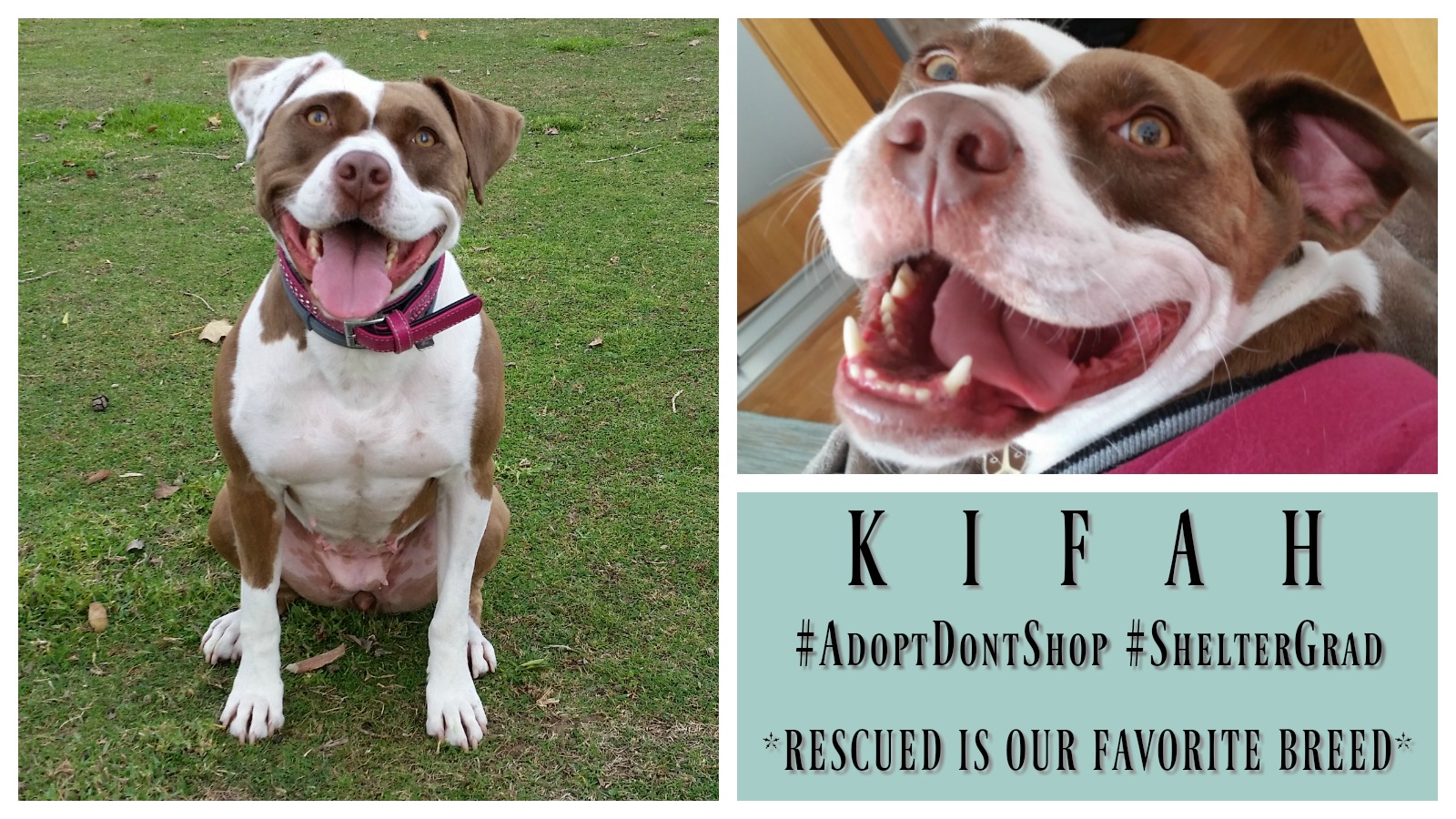 Kifah is a four year old Pit Bull Princess who lives with her forever parents in Lisbon, Portugal!

When Kifah was a puppy, she had a human who took very good care of her. Sadly, he passed away and his neighbors abandoned her on the street. Unfortunately, some terrible humans found her, and she was forced to breed and live in a small shack for about a year. 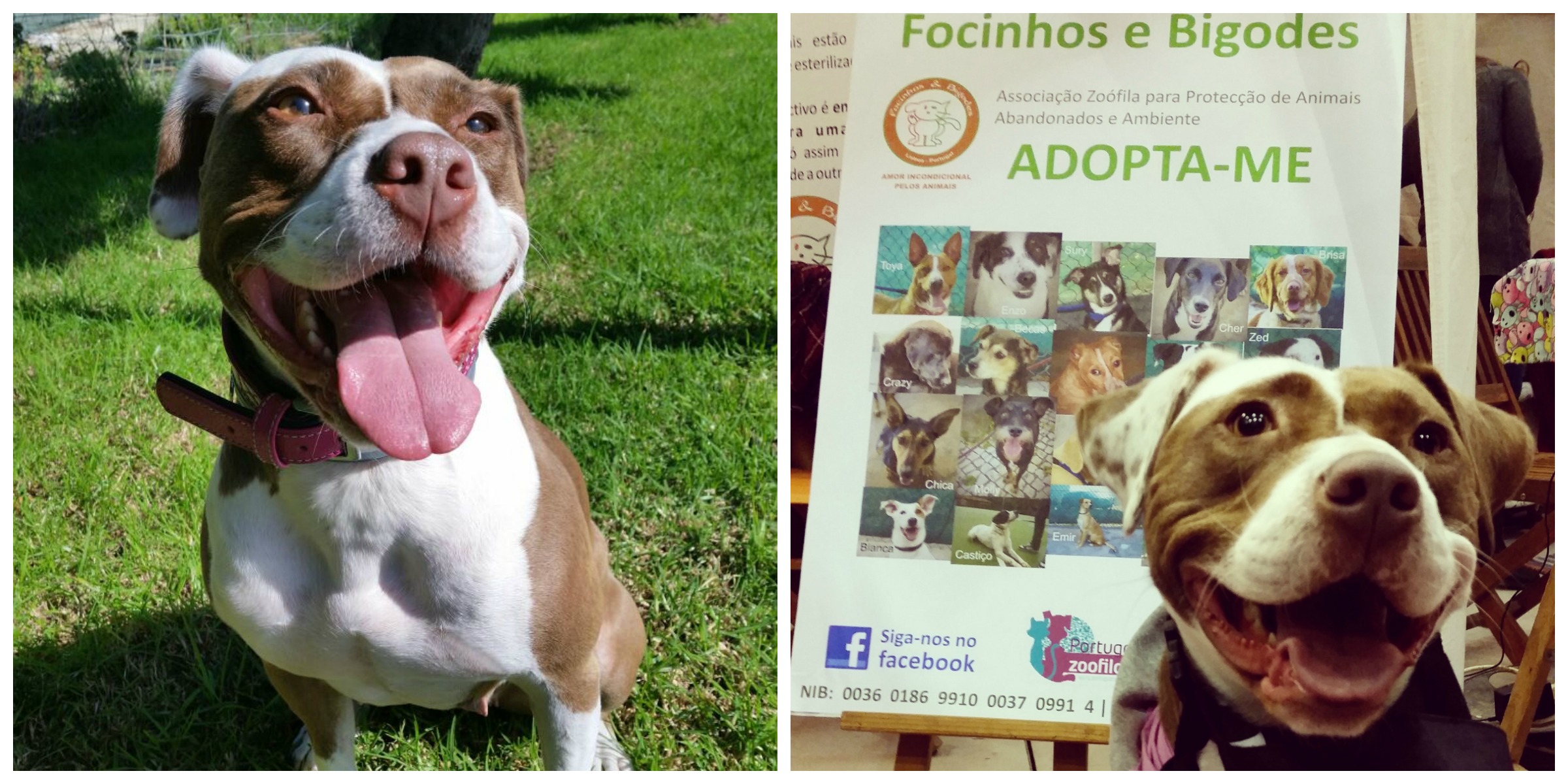 Ana Cristina, another neighbor, found out about Kifah and would visit and care for her when her owners gave their permission. In June 2014, Kifah was pregnant and had a broken paw. Ana Cristina tried to take her to a vet for medical care, but her owners wouln’t allow it. A few weeks after Kifah had her puppies, police raided the shack where she lived (searching for drugs), and took Kifah and her puppies to a local kill-shelter.  Thankfully, Ana Cristina and Ana Francisca, the person in charge of Focinhos e Bigodes (Muzzles and Rescues) rescued them.

Kifah’s forever parents, Tiago and Carolina, volunteer at Focinhos e Bigodes. Tiago first met her when he visited the shelter to walk the adoptable dogs. When he first saw her, he was a little scared, as he had never walked a Pit Bull before. However, as soon as he approached her kennel and asked if she wanted to go for a walk, she smiled, wagged her tail, and all his fears disappeared! Carolina visited her the next day, and it was love at first sight.

Kifah’s first months in her forever home were a bit difficult, as she was afraid of numerous things. Her immune system also had to be strengthened and she suffered from terrible allergies. Thanks to love and patience, Kifah healed (physically and emotionally) and is now such happy gal!