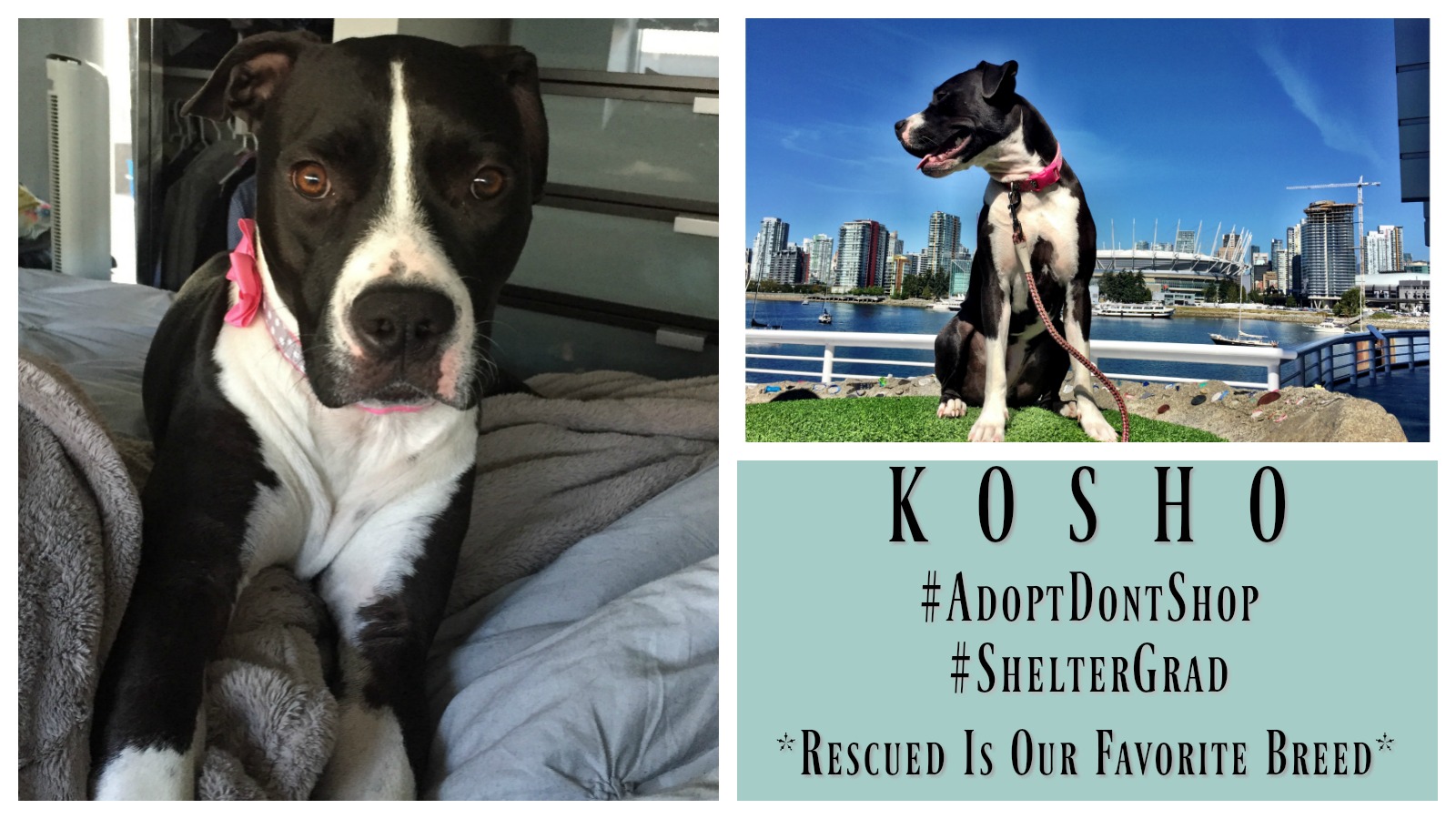 Kosho, an American Staffordshire Terrier, is originally from Sonoma County, California. Her forever parents, Martin and Hana, adopted her from a rescue organization in Vancouver called CAARE.  Her parents learned that she was from a litter of ten puppies that were being sold, and she and her two brothers were the only ones not sold. Kosho and her two brothers then ended up in a kill shelter and because of discrimination against their breed, they were going to be euthanized within 48 hours if they were not rescued. 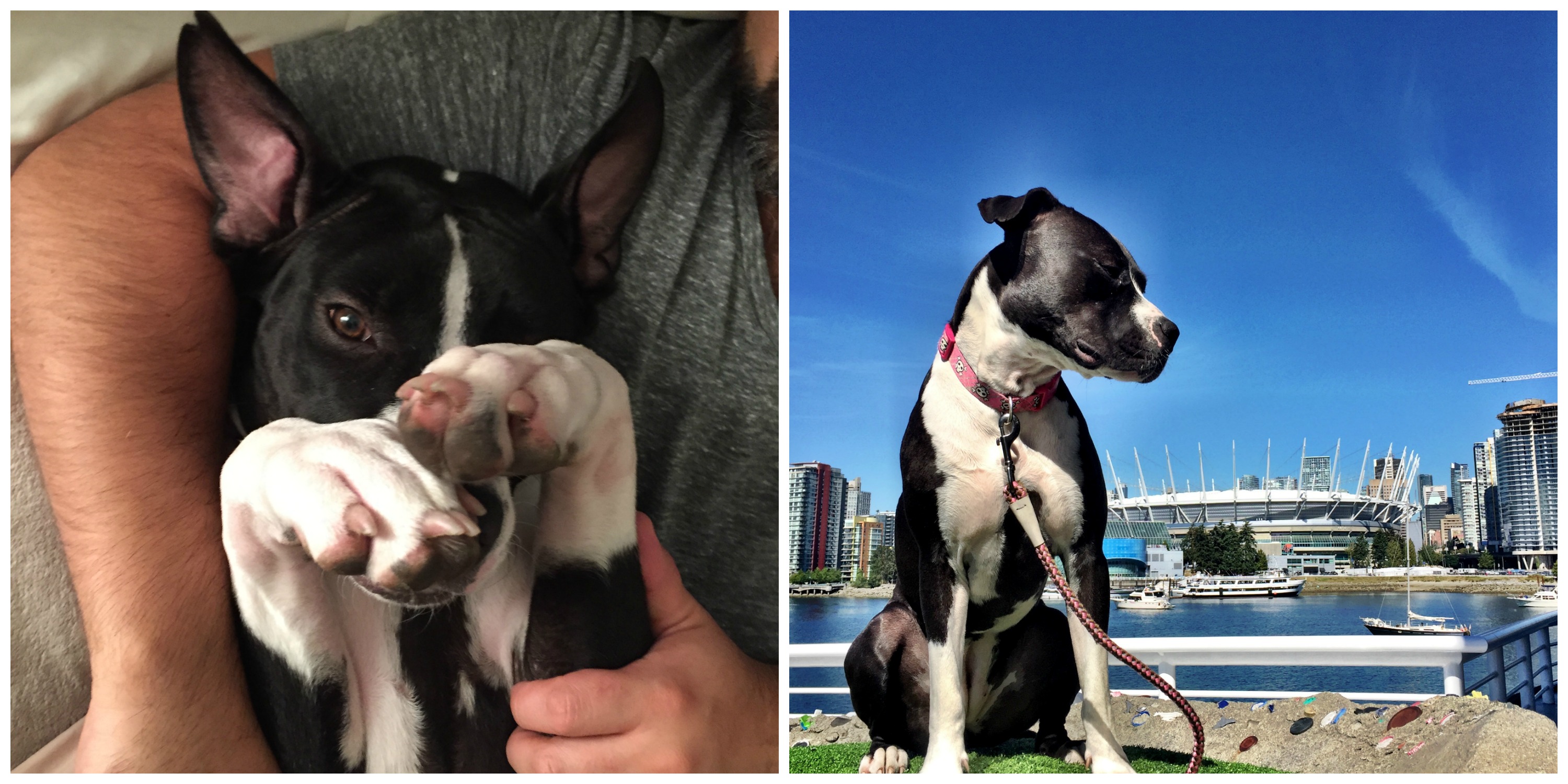 Hana was looking online for adoptable puppies when she came across Kosho’s picture, and immediately fell in love with her brown puppy dog eyes. Martin originally thought that he wanted a younger pup, but Hana kept pushing him to meet Kosho. Martin said Kosho was “ugly” in her picture, something that Hana loves to tease him about that now. Kosho had kennel cough in her photos, so she was not at her finest. 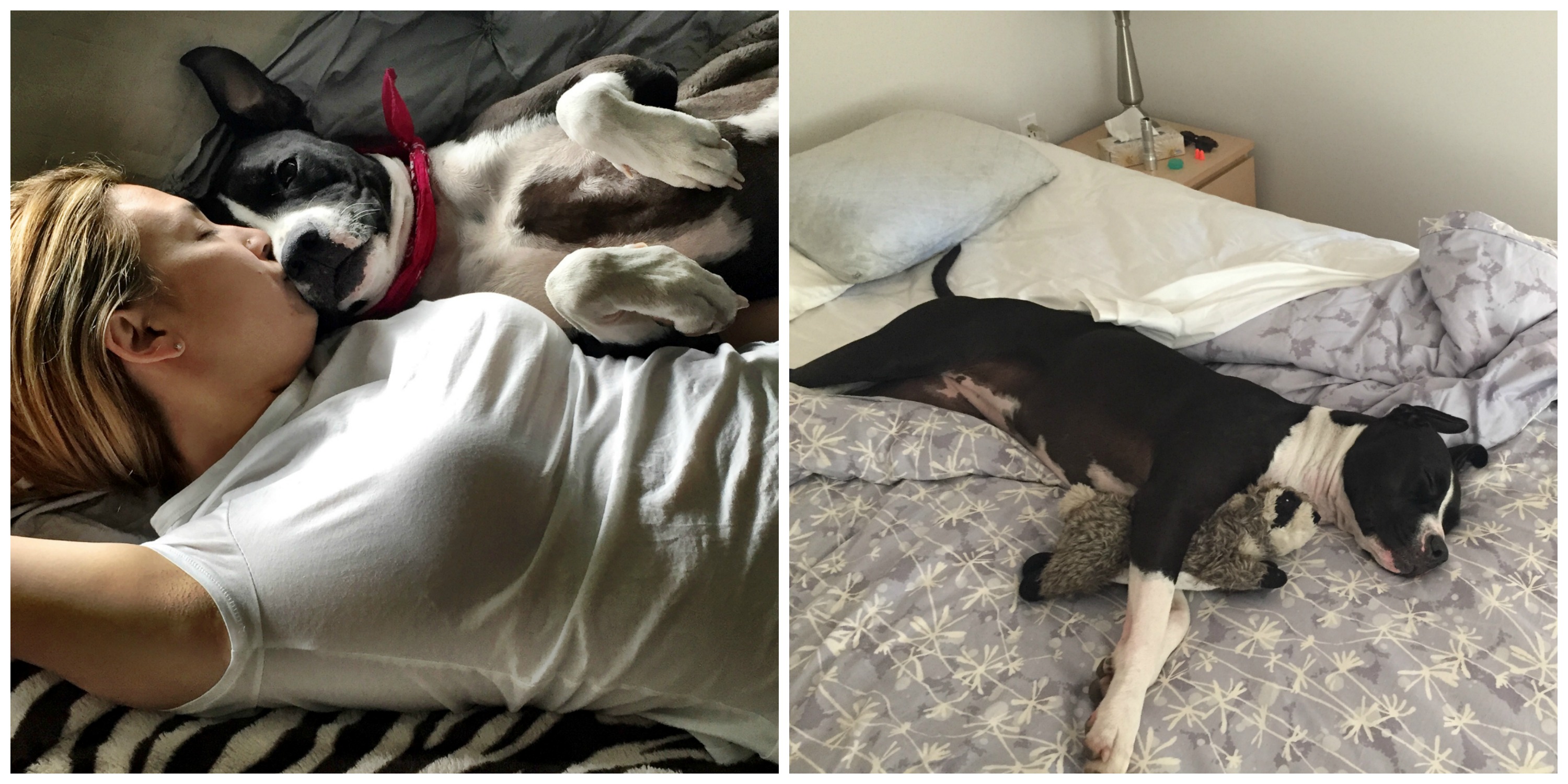 Hana and Martin went to meet Kosho on a Tuesday. While driving to the rescue, Martin had to remind Hana not to get her hopes up and that they had to mutually agree on the adoption. They also had to sleep on it. When they arrived, they took Kosho for a long walk to the park and when it was time for them to leave, Kosho tried to get in their car. As the car pulled away, Hana noticed that Martin started to drive in the opposite direction of their home, so she asked where they were going. Martin then told her to call CARRE and tell them that they wanted to adopt Kosho! Two days later, Kosho went to her forever home and never looked back! One of her brothers was adopted by another family on Vancouver island, and the other brother is in Vancouver!

My rendition of jingle bells for your listing pleasure ???????????????? my Hoomans love it❤️❤️ @vanhanagram @martingram #jinglebells

Maybe if I sit like this long enough I’ll get some corn.. ???? come on mum!! @vanhanagram @martingram