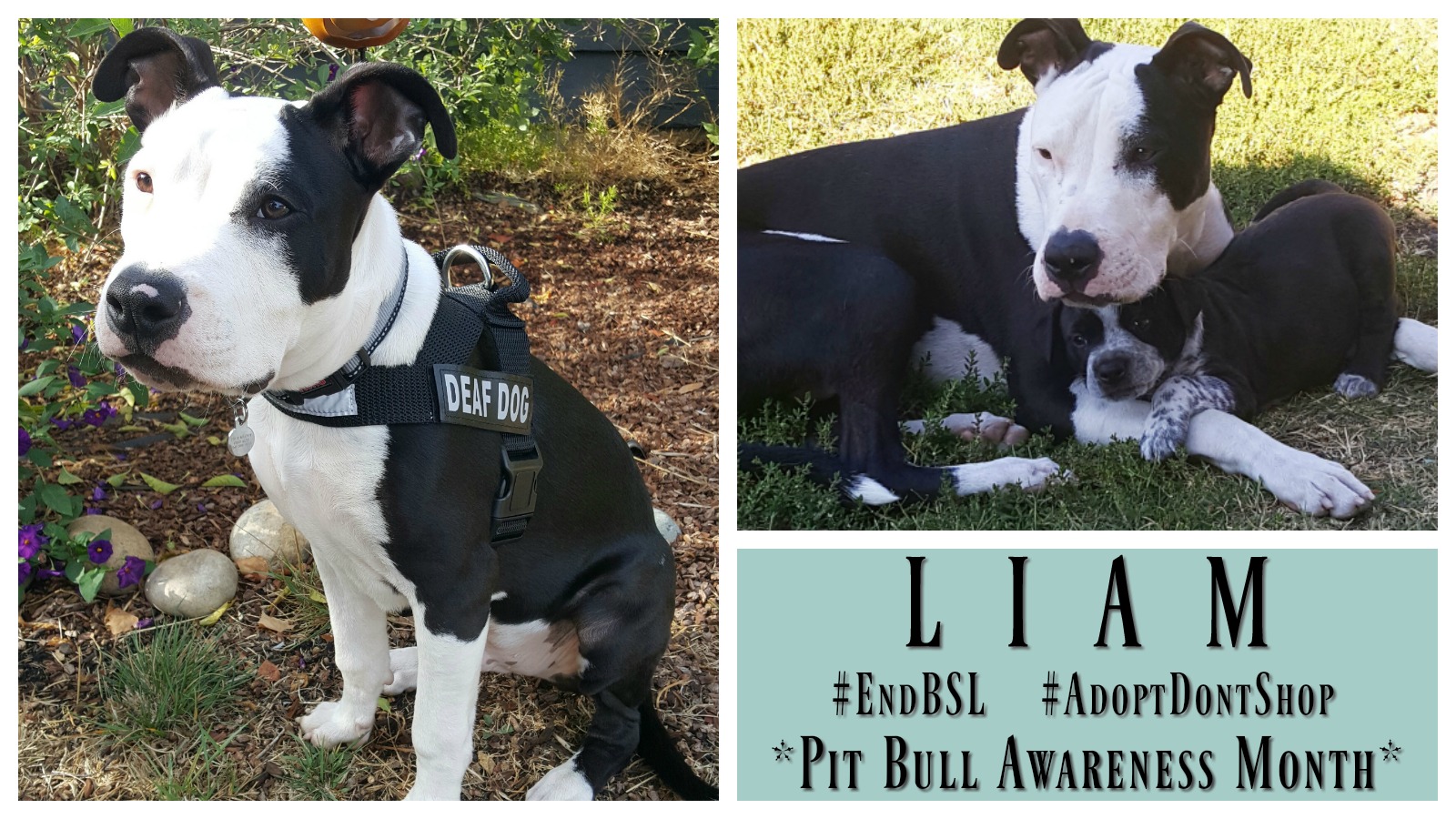 Liam was rescued by Fred’s Friends Rescue at two days,  old along with his five siblings. His mother was turned into the shelter pregnant and unfortunately, turned aggressive towards the pups. He was bottle fed and fostered by a couple of families before finding his forever home. Liam’s forever mom had fostered his sister who was quickly adopted.  Liam was the last of the puppies available and was in dire need of a new foster. Since Liam’s mom does childcare from home and had zero experience with special needs dogs (Liam is deaf), she was hesitant. 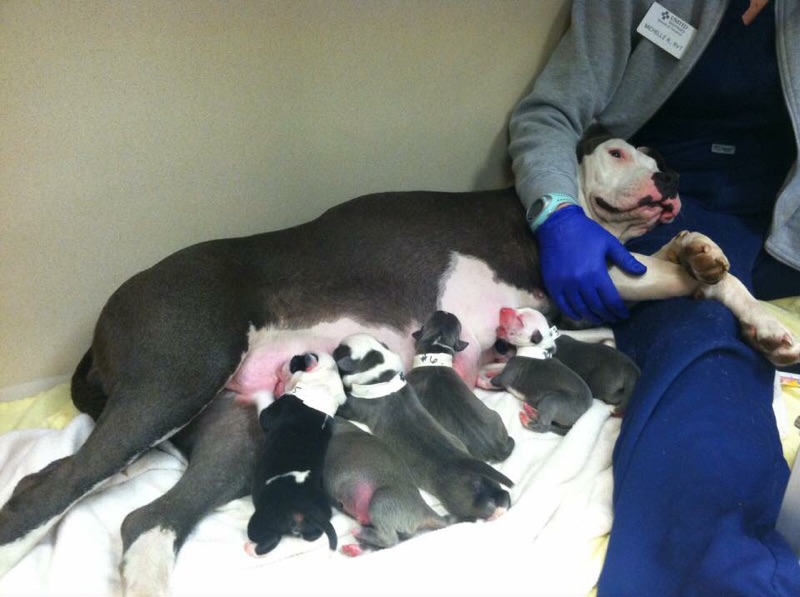 Liam’s mom has read so many negative things online about deaf dogs, but the puppy coordinator was convinced that her  family and house was the perfect environment for Liam.  Liam’s family did a trial test to make sure everything would work out.  Liam was so sweet and gentle with the kids, so they decided to foster him until adoption.  Liam’s mom watched multiple videos and read multiple books on how to train and communicate with a deaf dog. 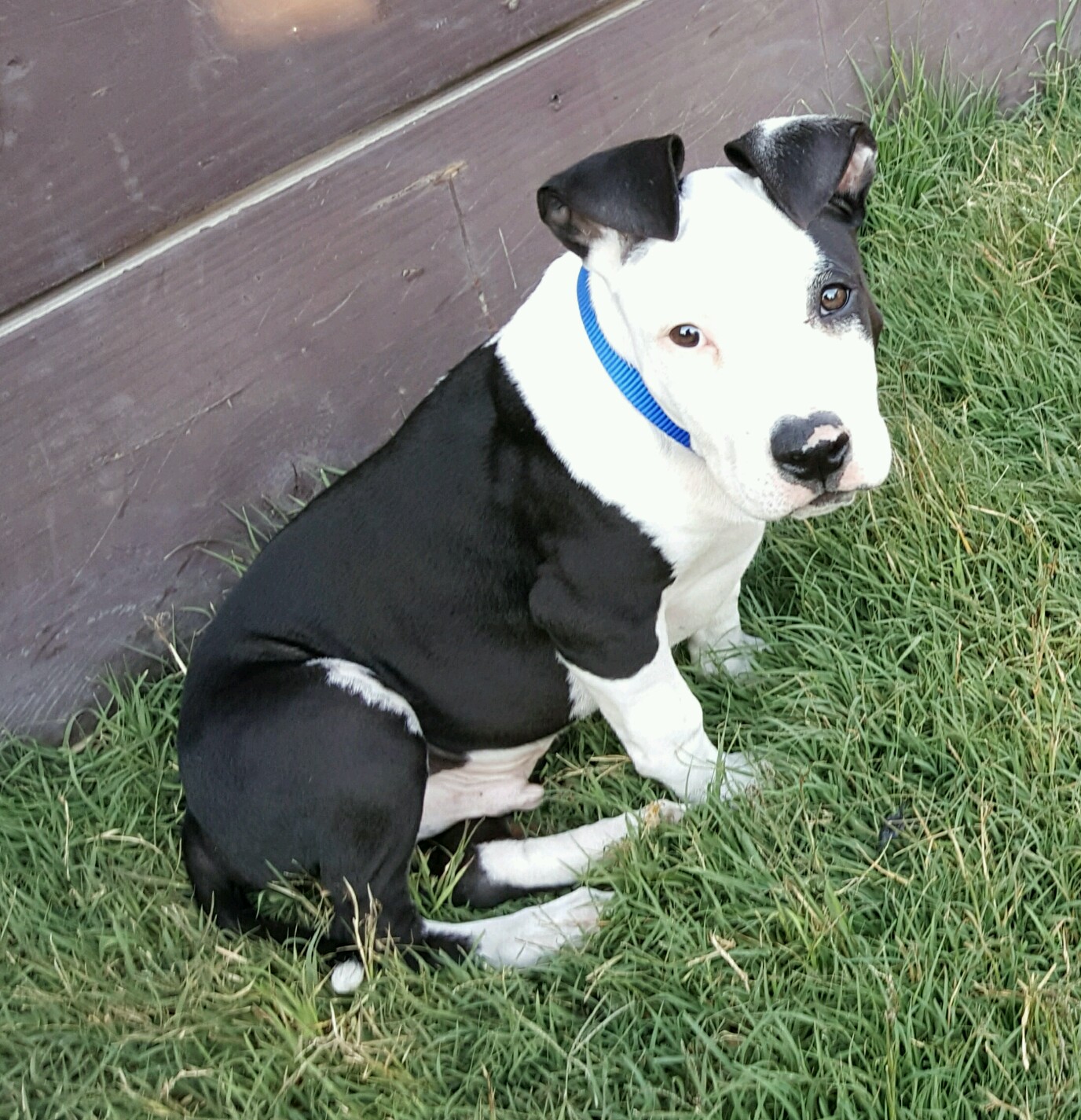 He chewed everything, screamed like a parrot when crated, climbed every fence and barrier that was in his way and to top things off, ate his own poop! Besides that, he was extremely affectionate and had a genuine love and desire to be around the children of the family. Multiple adoption applications came in for him, but none of them were the right match and everyday that passed, Liam and his mom became closer and closer. 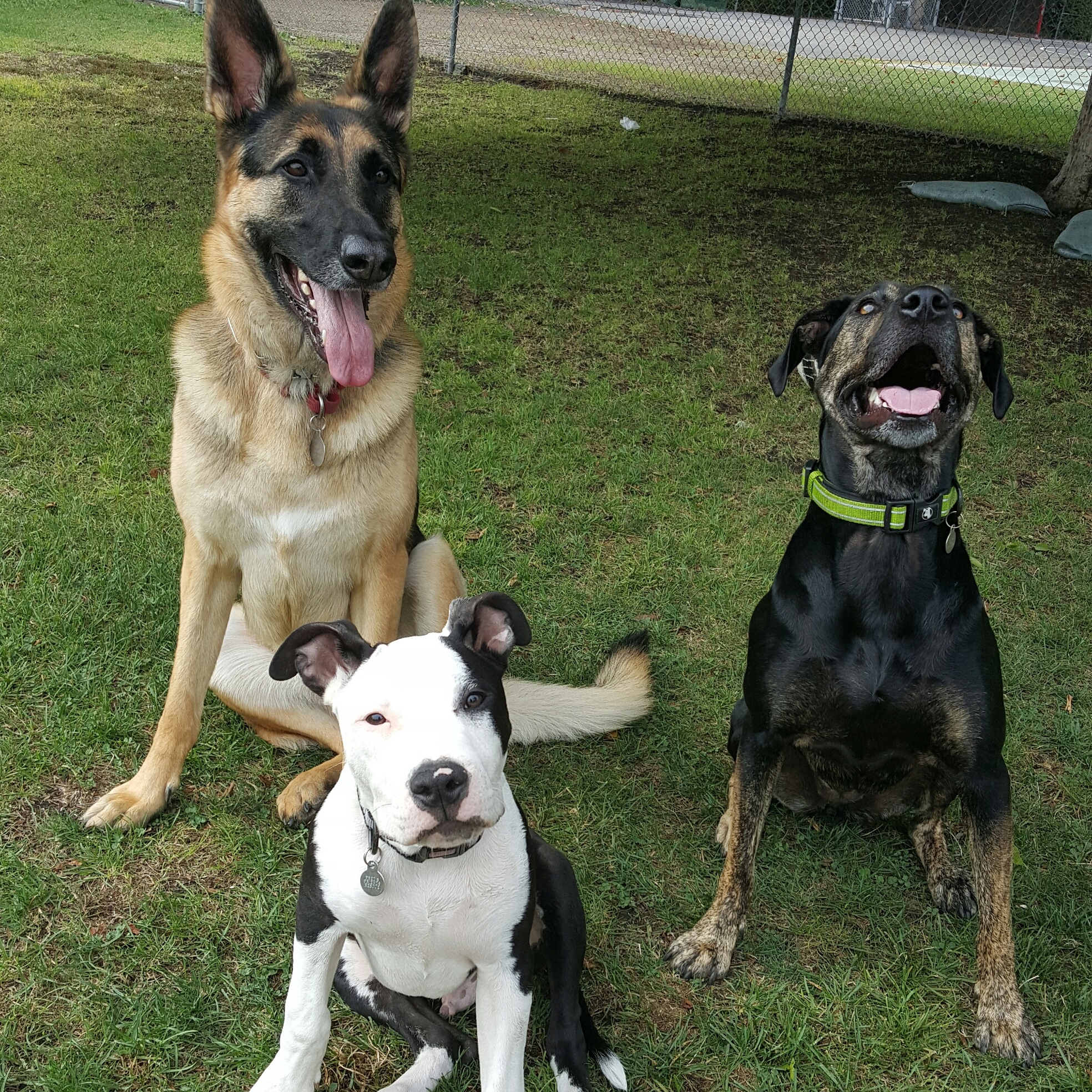 Liam was his furever mom’s 20th foster and she had no plans on ever “foster failing”, since they had two dogs already.  And at the time, Liam’s forever dad was not on board. 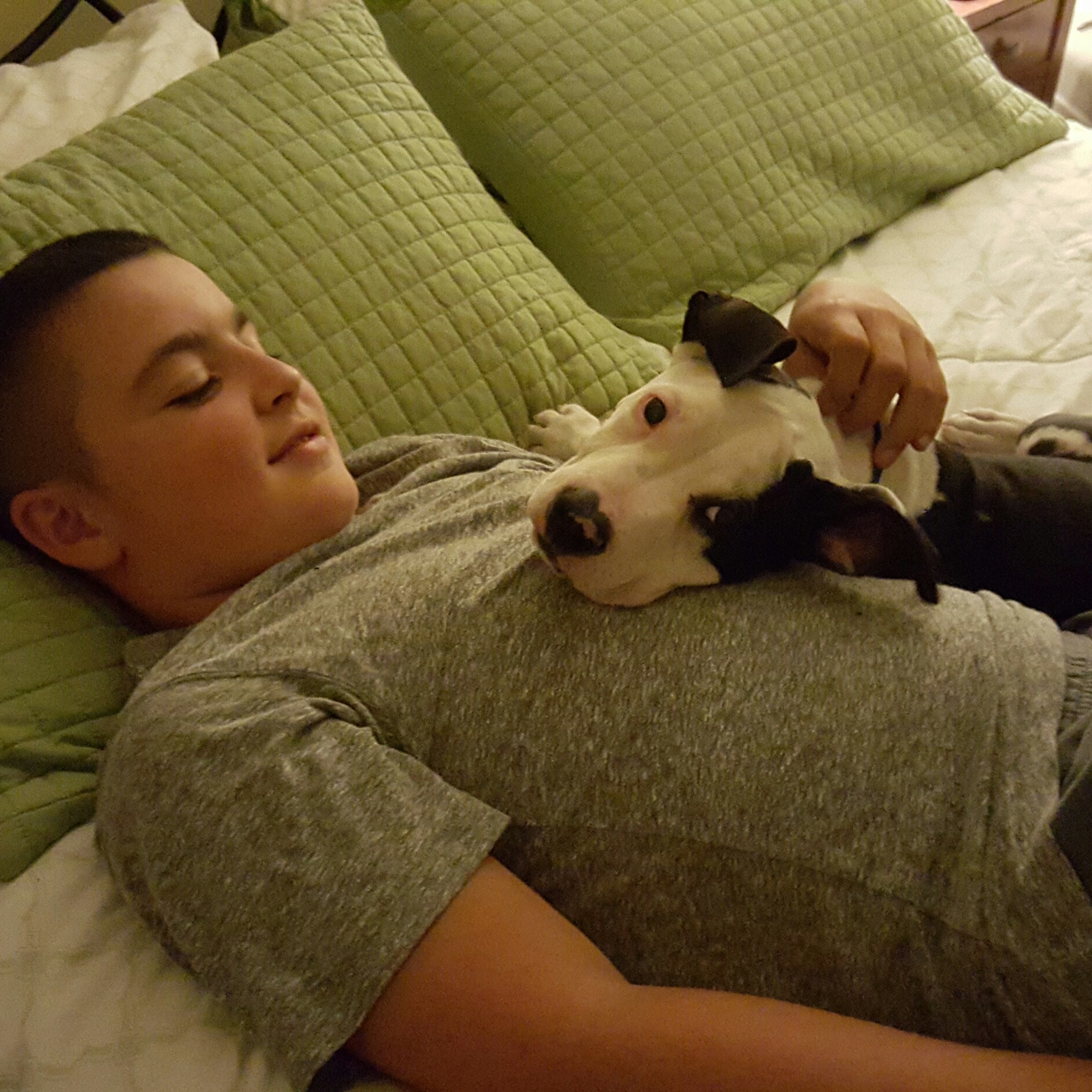 On November 1st, 2015, on Liam’s mom’s birthday, her husband and son handed her a birthday card saying that Liam was officially a part of their family. 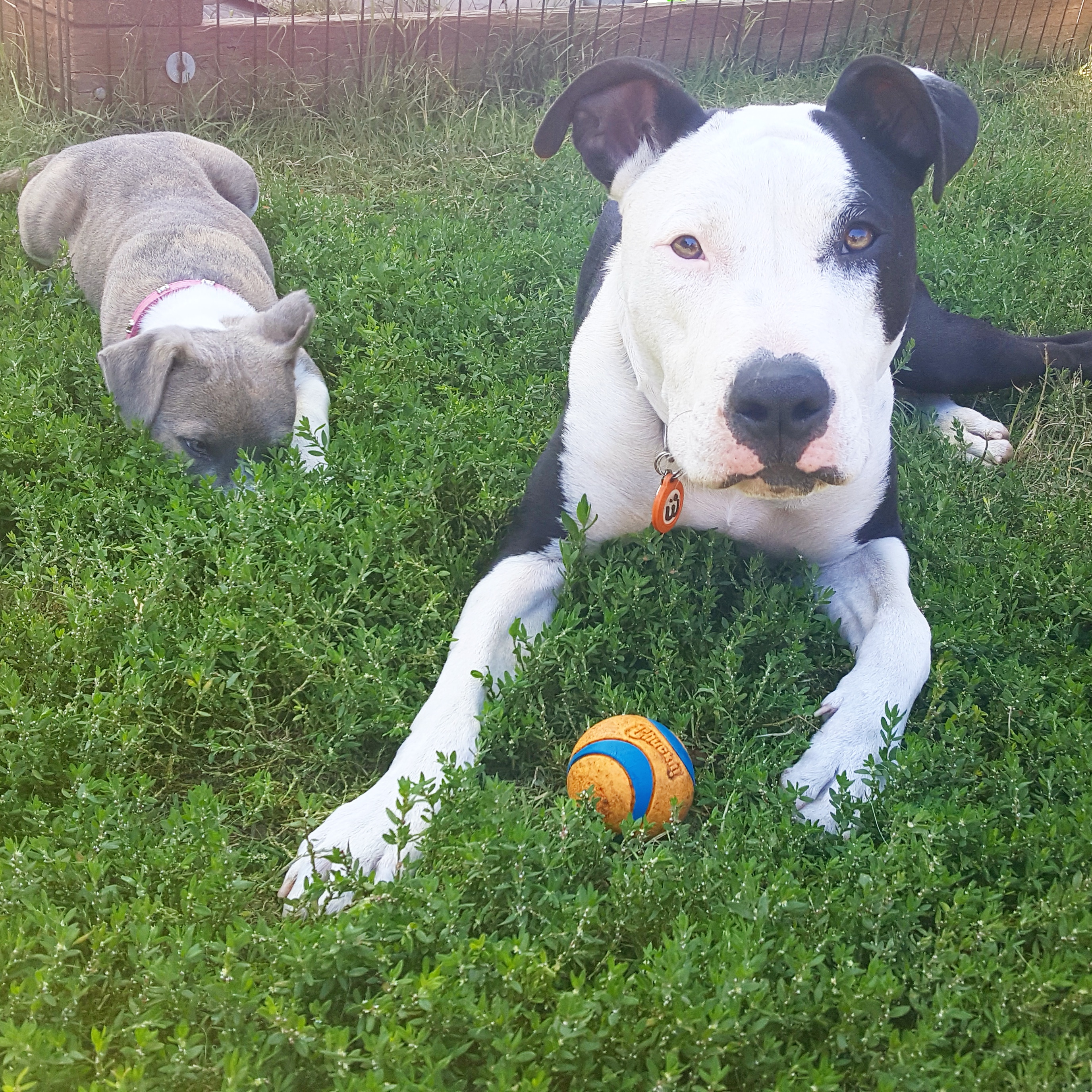 Liam’s mom has fostered over 20 dogs, but after adopting him, she has never felt the same about another dog.  Liam absolutely has her heart.  He puts a smile on his mom’s face everyday, and is now an amazing foster brother to other rescue pups in need!

Hey ma, it’s been a whole day since our last foster left, so when can we foster new babies??? #missingpuppysnuggles #alotofworkbutworthit #fosteringsaveslives

It’s a tuck your legs into your chest kind of night. Fetching is exhausting ???? Sleep well my friends ???????? #alltuckeredout #toopoopedtopop #goodnight #sweetdreams

Gotta love it when the deaf dog gets a hold of a squeaky ball ???? At least it entertains the puppies ???? #myneighborshateme #makeitstop #deafdog #squeakyball