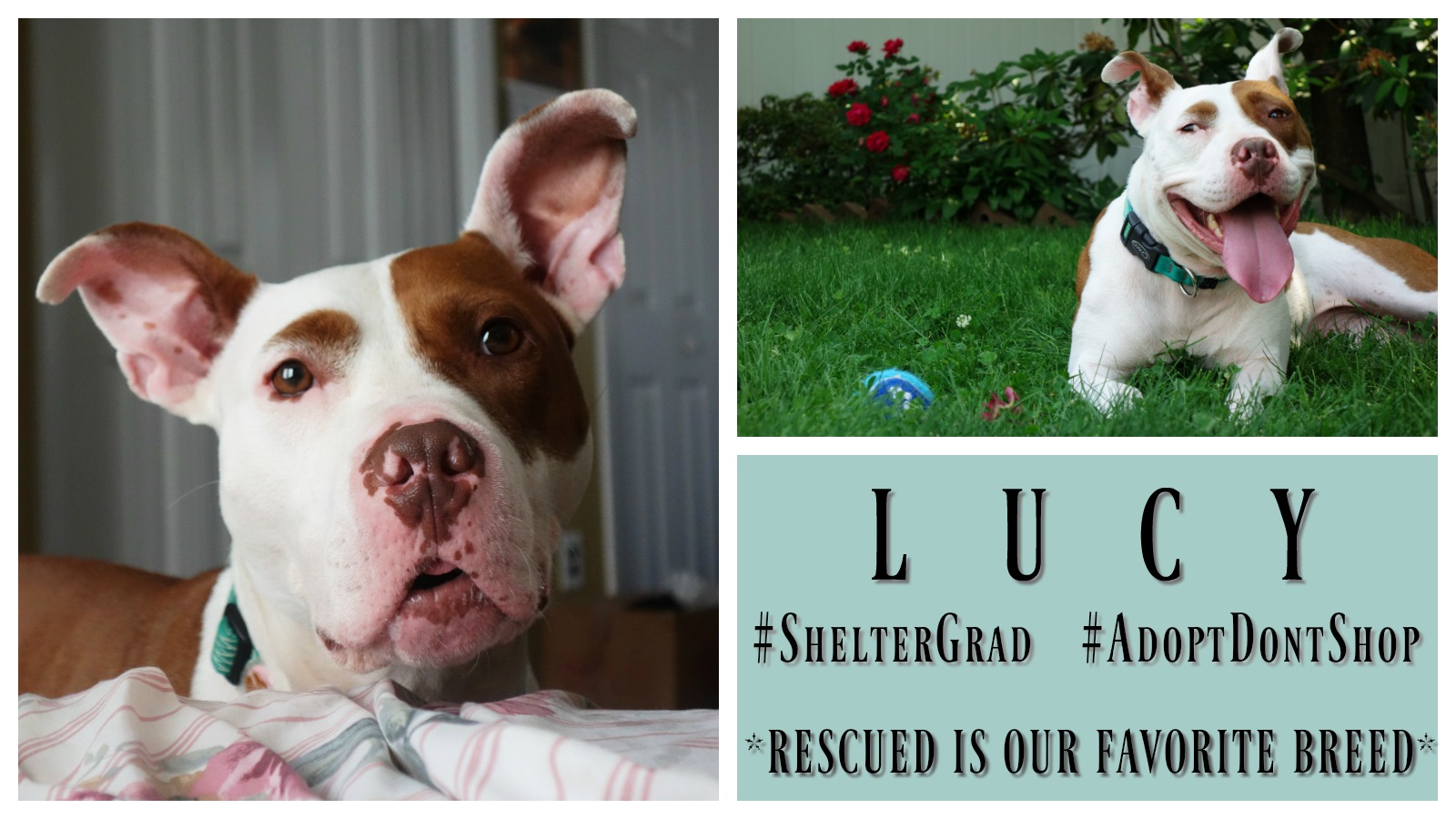 Lucy (formerly known as Tammy), was originally brought into the Town of Hempstead Animal Shelter back in September 2015, after she was discovered abandoned in a locked basement. Neighbors alerted animal control, who had to fish her out through a window. She spent an incredibly long 14 months at the shelter and was loved by everybody who knew her personally, but somehow, she was constantly over looked by potential adopters. A photo on the Town of Hempstead Animal Shelter’s Instagram page from September 2016 shows Lucy at the shelter and the caption reads, “Tammy has been at the shelter for ONE YEAR (as of 9/12/15) and has not had even ONE person ASK ABOUT HER!!! Please let’s get Tammy the home she’s been patiently waiting for.” 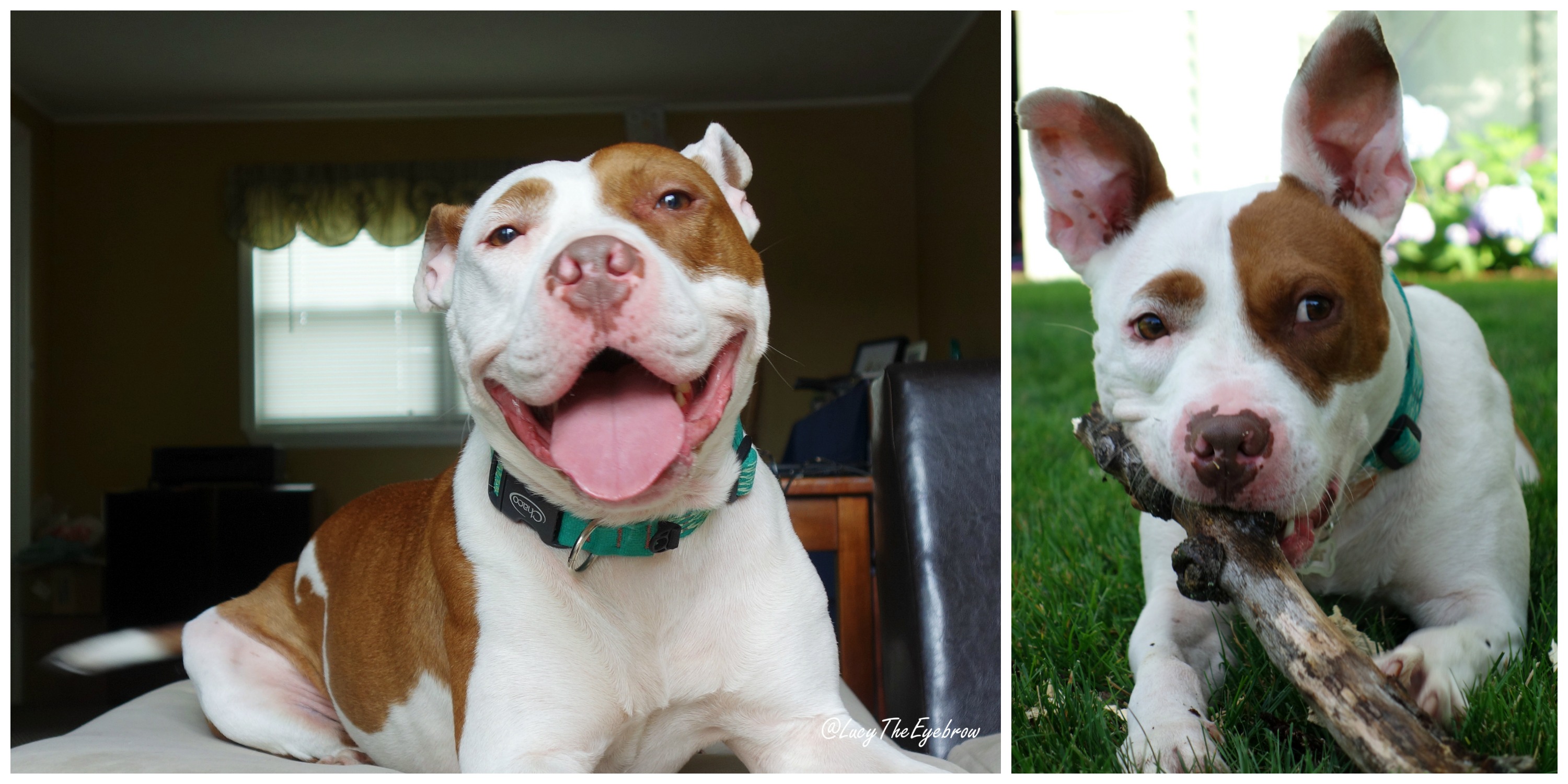 In December of 2016, some volunteers at the shelter who also run/volunteer at Get A Bull, a Long Island based rescue group, decided to take Lucy in their care and place her in a foster home. She was given an amazing chance with them and was loved to pieces by her amazing foster family and the rest of the Get A Bull family! They always say “it takes a village with” to help these rescue dogs, and it’s true! Lucy’s forever parents are eternally grateful to so many people, including staff/volunteers at Get A Bull, the volunteers who walked her at the shelter, and to her foster parents who still take an active interest in her life to this day.

Stephanie and Steve had to help their previous dog, Deja (also a Pit Bull), cross the rainbow bridge a little over a year ago, due to cancer. She was just shy of her 16th birthday. They waited a while after her passing and then decided it was time to look for another furbaby. They were ready for their next dog and started checking out all the local rescues. They saw one picture of Lucy and fell madly in love! After learning her story, and hearing what a sweetheart and goofball she is, they had to meet her. They filled out the application with Get A Bull and then waited for them to review it and speak with their references. 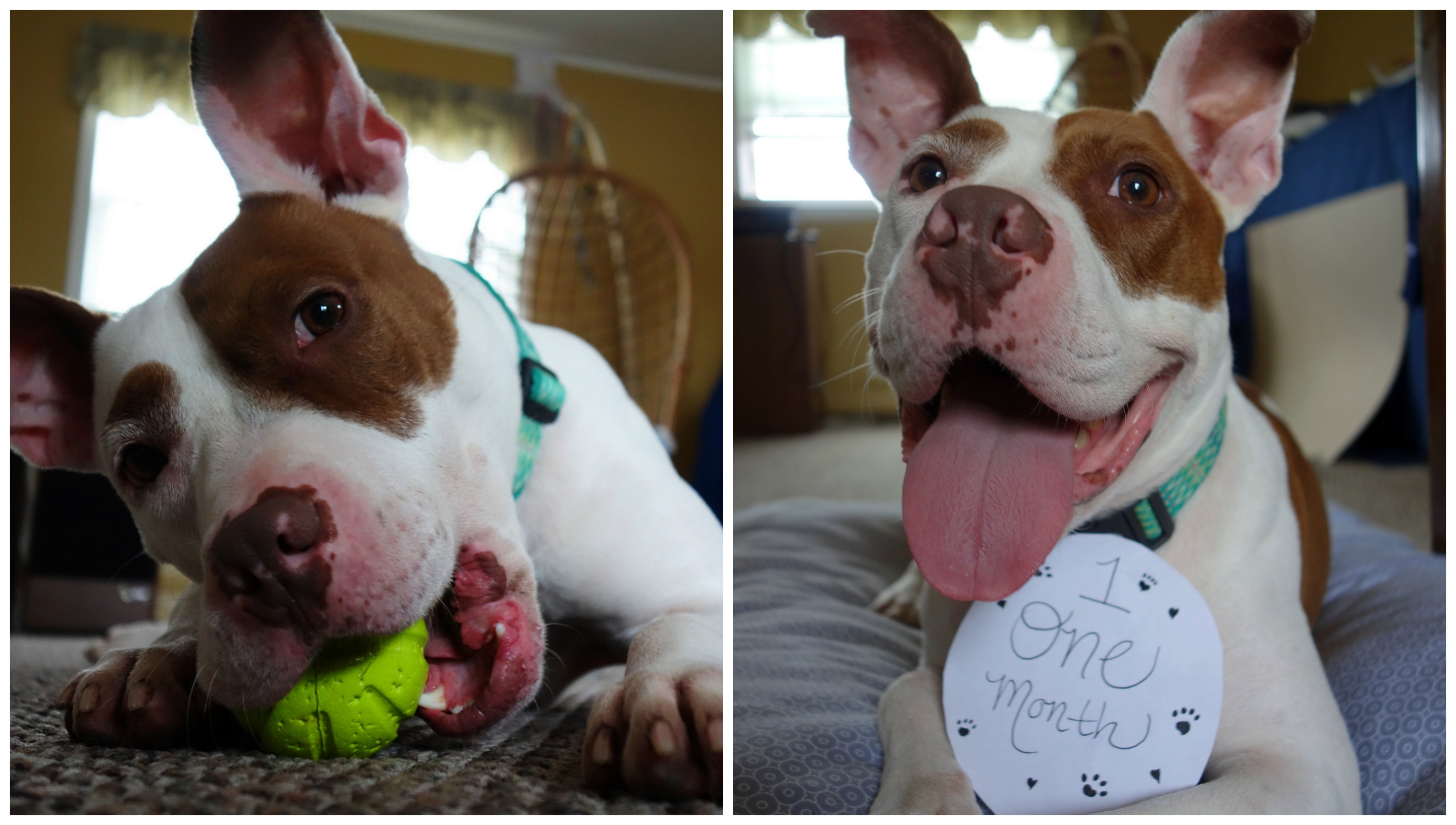 The first meet and greet was set up for Steve and Stephanie to meet Lucy at her foster home. After chatting with her foster parents for a couple minutes, Lucy’s foster mom asked “So, you want me to go get her?!” She opened the door, Steve sat down to greet Lucy, and Lucy ran right into his lap and just laid there, tongue out, wagging her tail. At that moment, they knew she was the one. This beauty was going to be the newest member of their family!

So, after almost two years of waiting, it was official…Lucy found her forever home!  The final arrangements were made and four year old Lucy went home on 6/6/2017! Her forever parents couldn’t be more fortunate to have this incredibly sweet, affectionate, and beautiful girl in their lives!