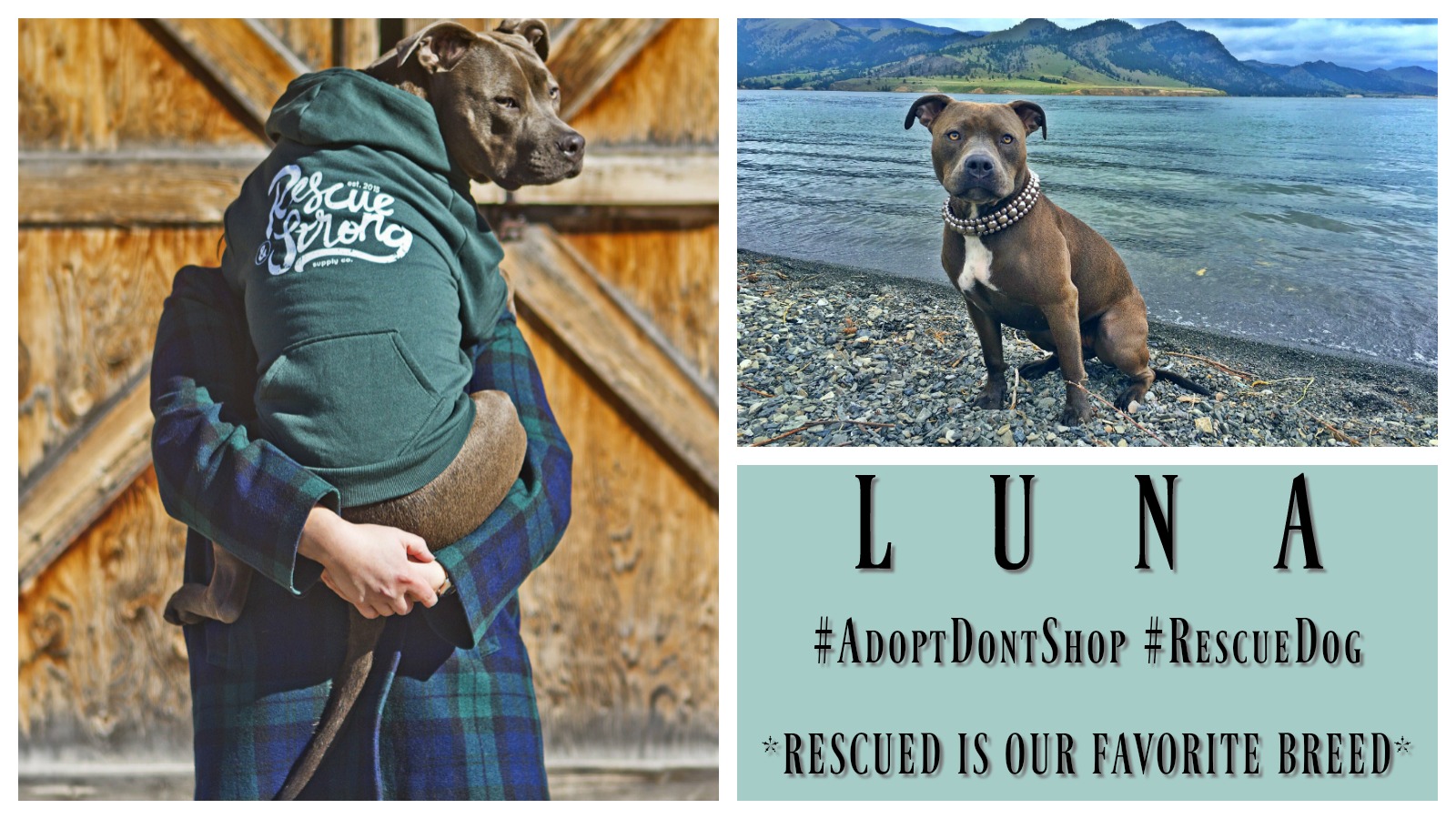 “Rescue isn’t just about helping animals. Sometimes rescue means saving each other, and in the process, saving ourselves.”

By the time I met Luna, I had been looking to adopt a dog for quite a while. I had searched local shelters, was open to all breeds, was even willing to drive out of state if need be, and yet my ‘soul dog’ still wasn’t found. I was in a very dark place in my life at the time, and had all but given up on finding my dog match. Then one day, I had a dream about a beautiful girl that I watched grow from a puppy into old age. It was just a dream, but it felt so real. I know this might sound crazy, but the dream was so real that I actually woke up calling for her. Shortly after, I received an email about a woman needing to re-home two puppies, due to personal circumstances, and she asked if I was still looking to adopt. I agreed to meet with the woman the next day, but little did I know that the puppies were just the tip of the iceberg. 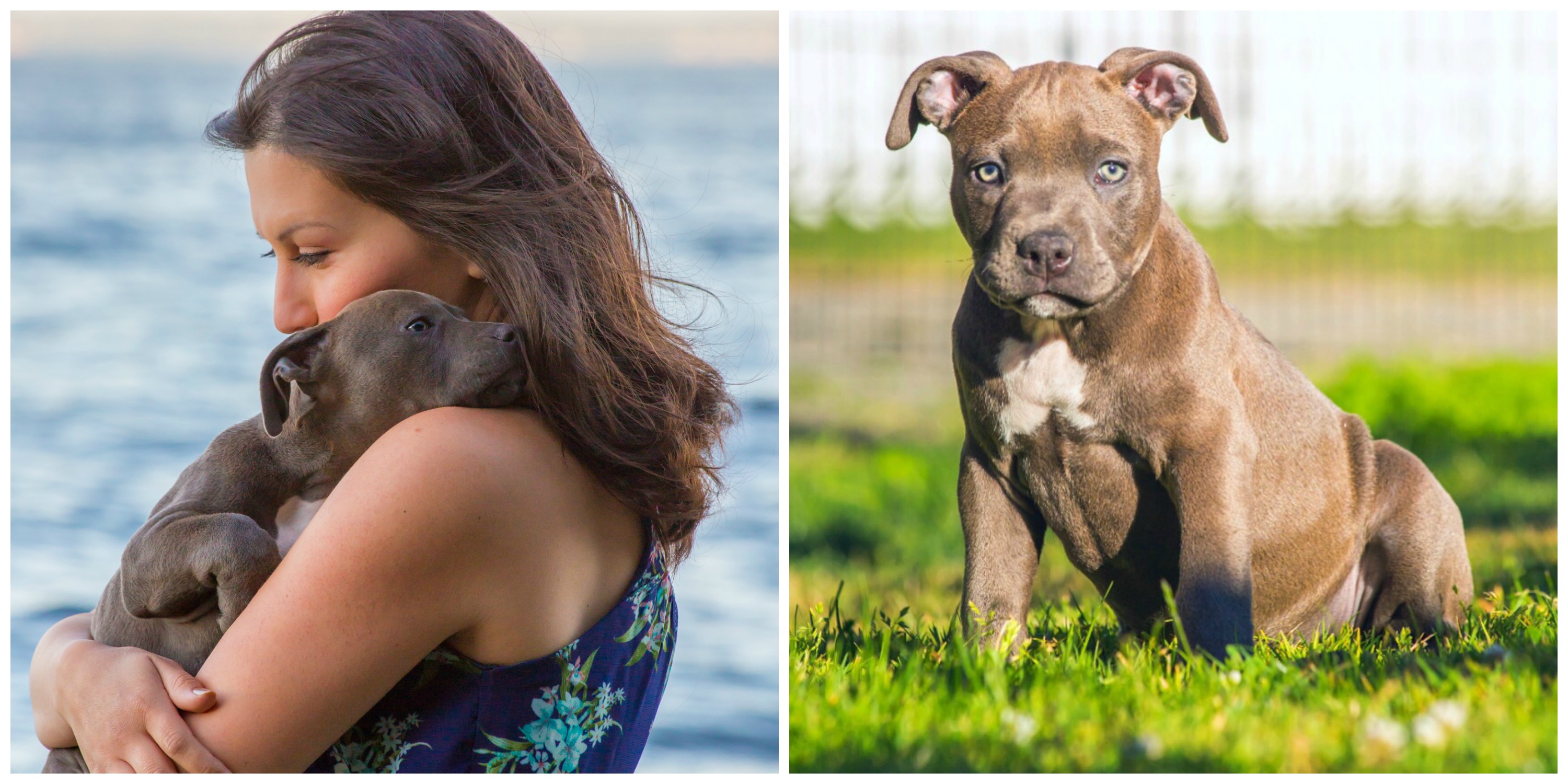 That next morning, I was so nervous, but when I finally got to meet her it was as if I already knew her. There were two little girls running around, but it was one in particular that came over and pawed at me to pick her up. I almost couldn’t believe it, she looked just like the dog in my dream! It truly was love at first sight. I held her in my arms where she fell asleep and ended up talking to the woman for hours. As it turned out, she was stuck in the middle of a really tough domestic abuse situation. I didn’t share with her at the time that I, too, was a domestic abuse survivor — I just listened. Her story touched me very deeply, and I knew that I had to help her in whatever way that I could. She had two young boys, and the two puppies were actually “I’m sorry” gifts to them from her abuser. The puppies were only seven weeks old at the time, and I have no idea where they came from. Things had turned for the worse again, and the abuser had threatened to destroy the dogs in front of the children. The woman feared for the safety of the animals, her children, as well as herself. They lived in a BSL area, so she already had to hide the puppies, but honestly, that was the least of her worries.

I was in a difficult place of my own at the time, but I had the means to help the situation. We made an arrangement that she would give me one of the puppies, and I would help her get out of her abusers reach; she gave me Luna, and I paid for her moving expenses to help her get out. Within 48 hours of meeting one another, both of our lives had changed for the better. As I had mentioned, Luna was only about seven weeks old and I was already her third or fourth home, but this time it would be for good. Three weeks later I packed up my own place, Luna, and we moved to Montana to start a new life of our own. She lit up my life during one of the darkest times, and she continues to inspire me each and every day. She’s such a happy dog, and shares this love with everyone she meets. We want to share this love and light with people who may need it most. I want to shine a light for others, the way she has led me out of my own darkness in the most unexpected way. I know this might sound silly, but I truly believe that dreams really do come true.

The look I get when I say we’re not going to Grandpa’s this weekend. ???? #imsorry #pibblepout #shemeltsmyheart

When you love and laugh abundantly you live a beautiful life. ❤️???? #smilesformiles #allthefeels

It’s Grandma’s birthday today, so Luna wanted to pick out some treats for her. ???????????? I don’t have the heart to tell her that those aren’t the kinds of treats Grandma likes. ????

When someone else’s happiness is your happiness, that is love. ❤️???? #snowdog #mountainlife

The reactions I get when I tell the girls they can’t come to our furniture show today. What do you mean we can’t come with you?! Boooooooo ????????