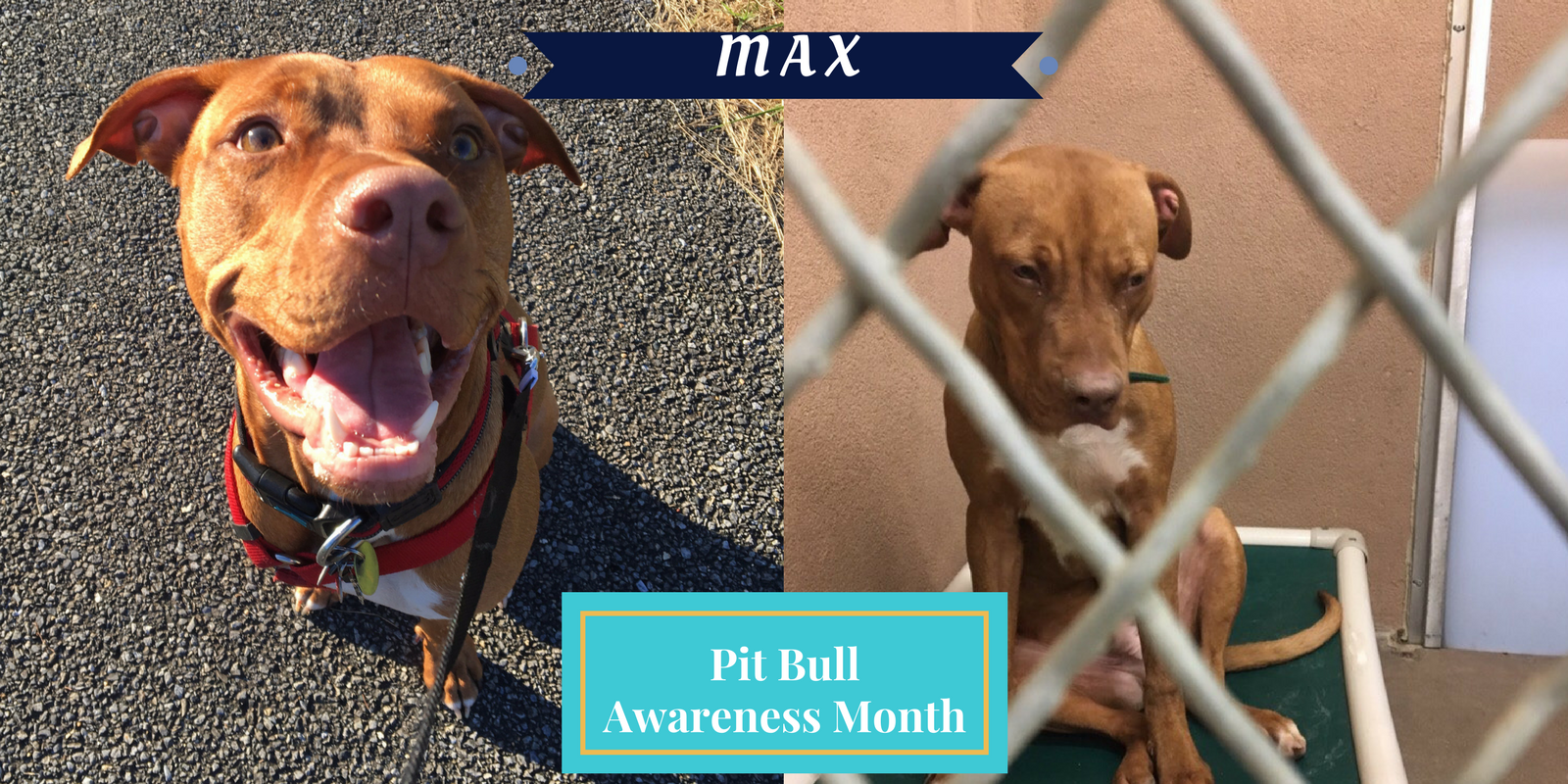 My husband and I have always wanted a dog. We bought our first home together in December 2016 and it backed up to a ton of land, a small fenced in yard and access to a 4 mile trail directly outside our gate. We would see people walking and playing with their dogs and it would make us incredibly excited for our future pup. We were waiting until after our July 2017 wedding to rescue. Much to our surprise, we ended up with an amazing Pit Bull mix at the end of March. 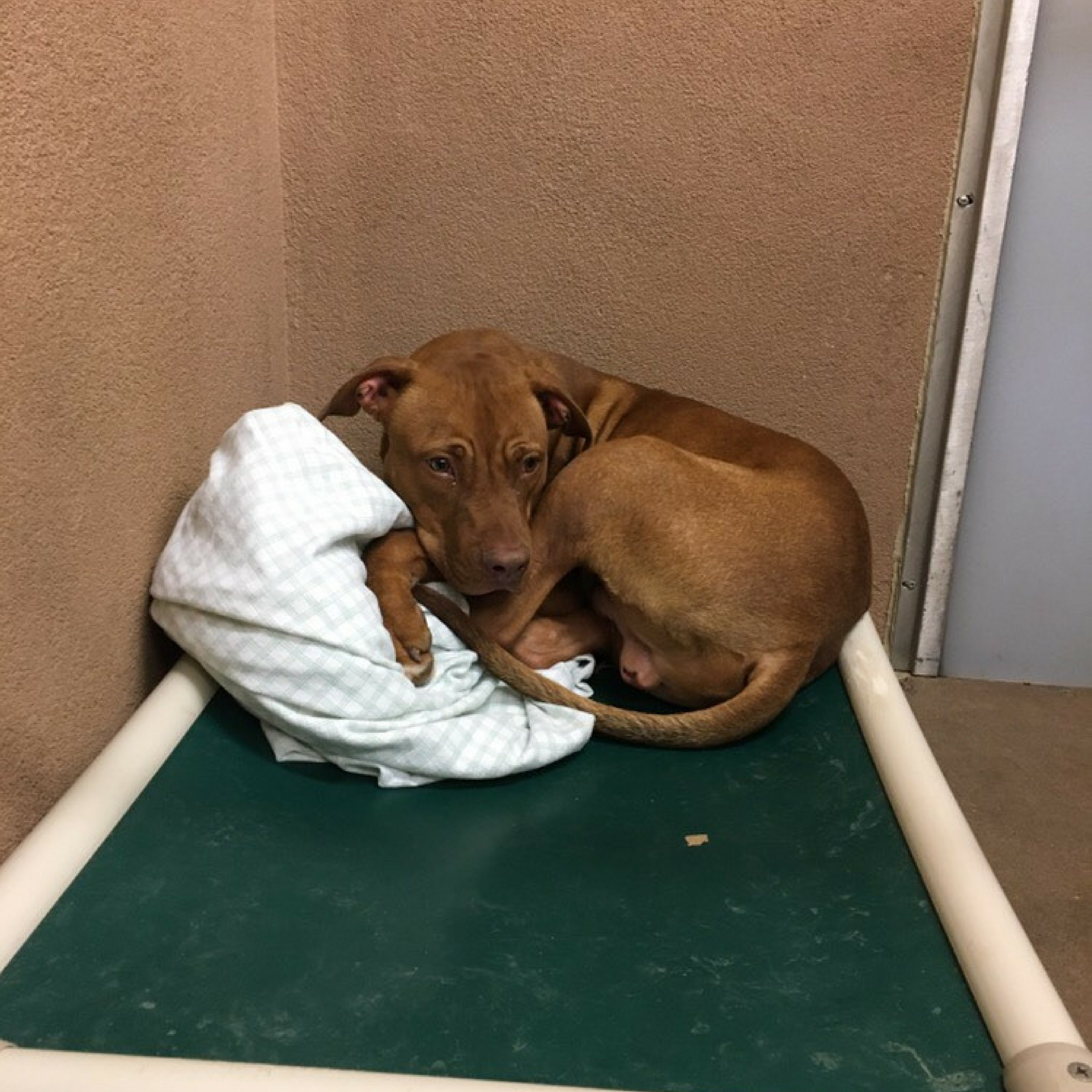 I am a dance teacher and had to cancel a class one night due to many absences. The studio happens to be right near Providence Animal Center and I just happened to stop in for the first time in years.  I was “just looking,” and dropping off donations. As soon as I made eye contact with Max, I couldn’t leave him. He was curled up in the back of his kennel, and trembling to the point where we weren’t sure if he was just scared or if he had a condition. However, every time he made eye contact with me, he would wag his tail. I sat on the floor of the shelter until the workers told me they were closing. I let them know that I would be back to visit him on Saturday. 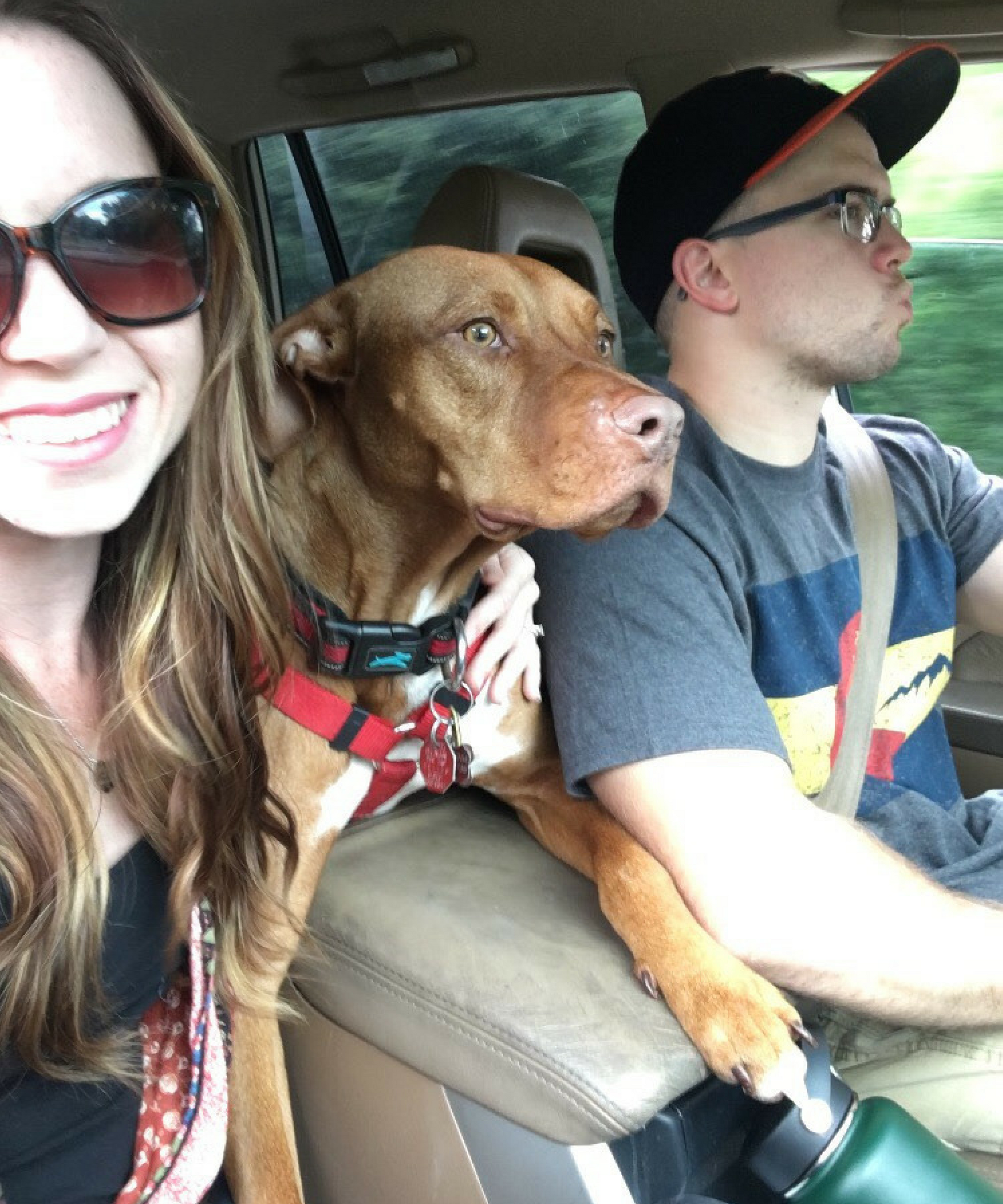 I showed my family endless pictures of Max and somehow convinced my husband to at least come see him. Max was so scared that a worker needed to carry him outside — he was too afraid to walk outside of his kennel. Max worked some serious magic! He loved being with us from the first time we walked him. He left zero room for my husband to not love him and we adopted him that day. We were told that Max was being treated for kennel cough, but we weren’t worried because it’s typically a very common illness in rescues. 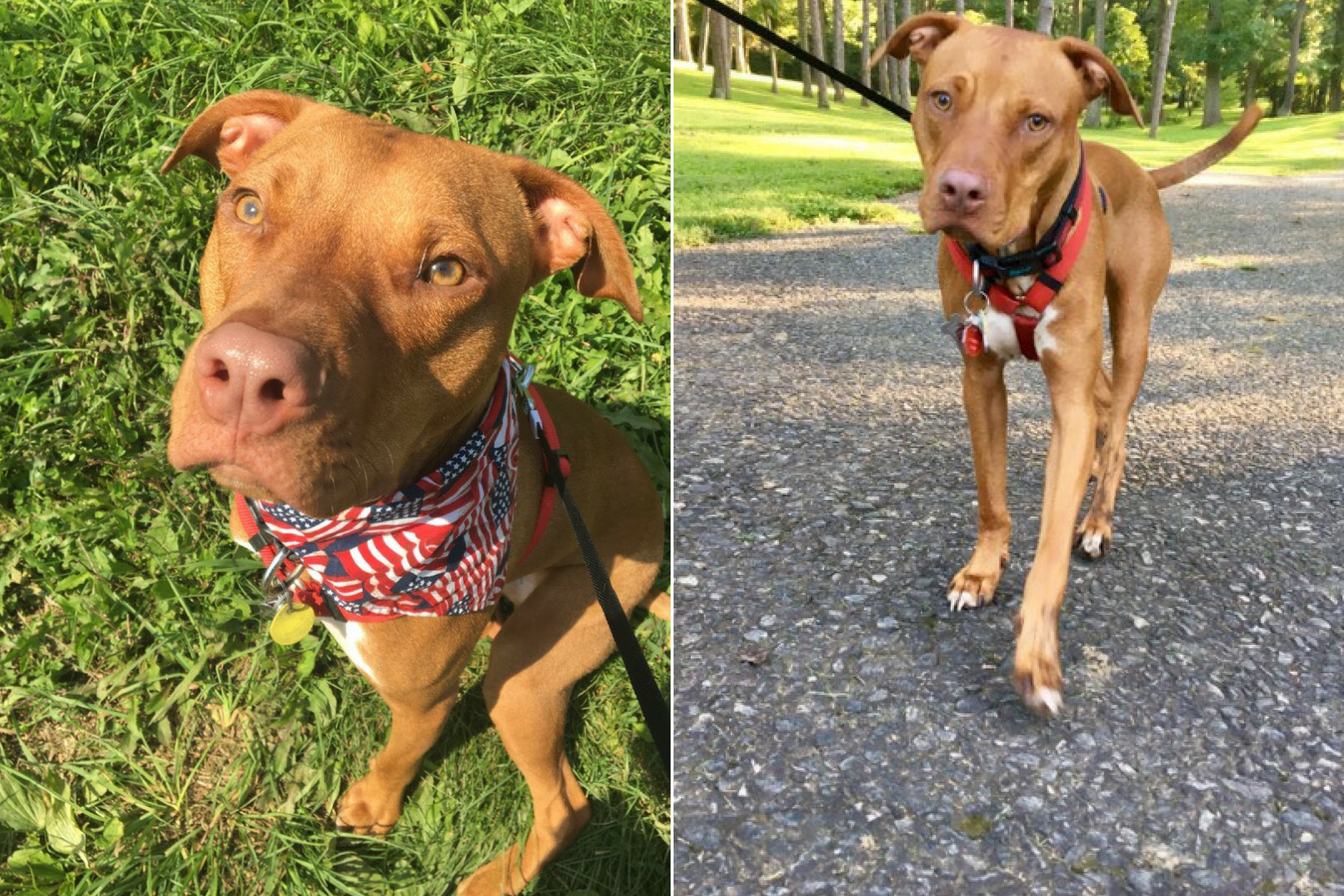 Max went downhill really quickly. He was exhausted when we brought him home and was refusing food and water. All he wanted was to snuggle. He was never untrusting or fearful of us, and we wanted to think that the reason why he was not eating and drinking was due to the transition. We called the shelter because we were worried about him but they also assured us it could be due to the transition. He began trembling constantly, and he was unable to open his eyes. He slept all of the time, and had discharge from his nose and eyes. I got him to eat a little and drink a good amount by putting some boiled chicken in his water bowl. But the next day his nose began to bleed. I panicked and we brought him back to the shelter. To make a long story short, Max was on medication for the first two months we had him. 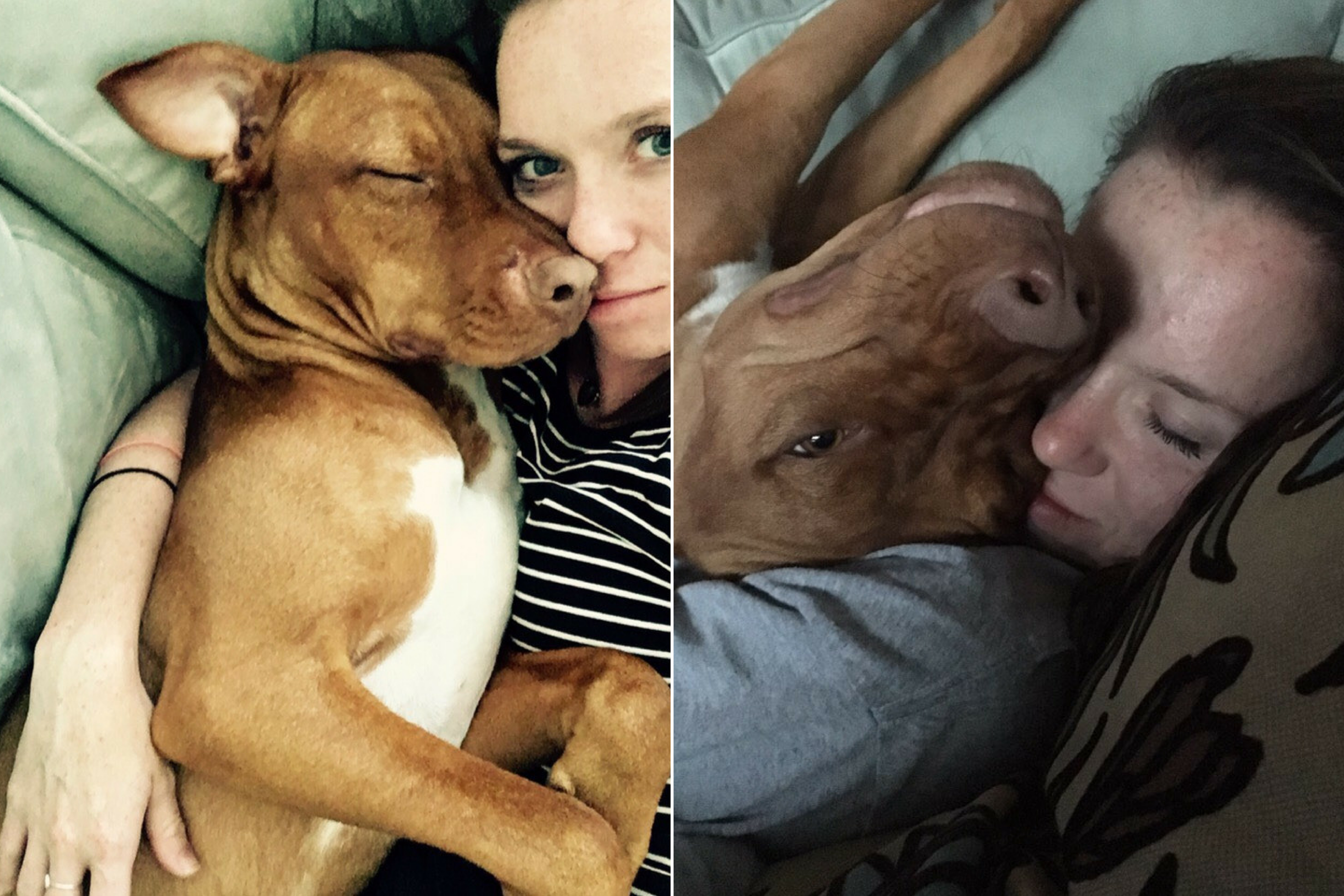 To say he is the most amazing dog is obviously biased. But seriously, we have no complaints! He’s goofy, he makes us laugh every single day — sometimes even to the point of tears. He was very easily potty trained and is extremely smart. Within the first week, we trained him to sit, lay down and to ring a bell when he needed to go outside. He loves other dogs, loves children and is arguably the best snuggler on the East Coast! 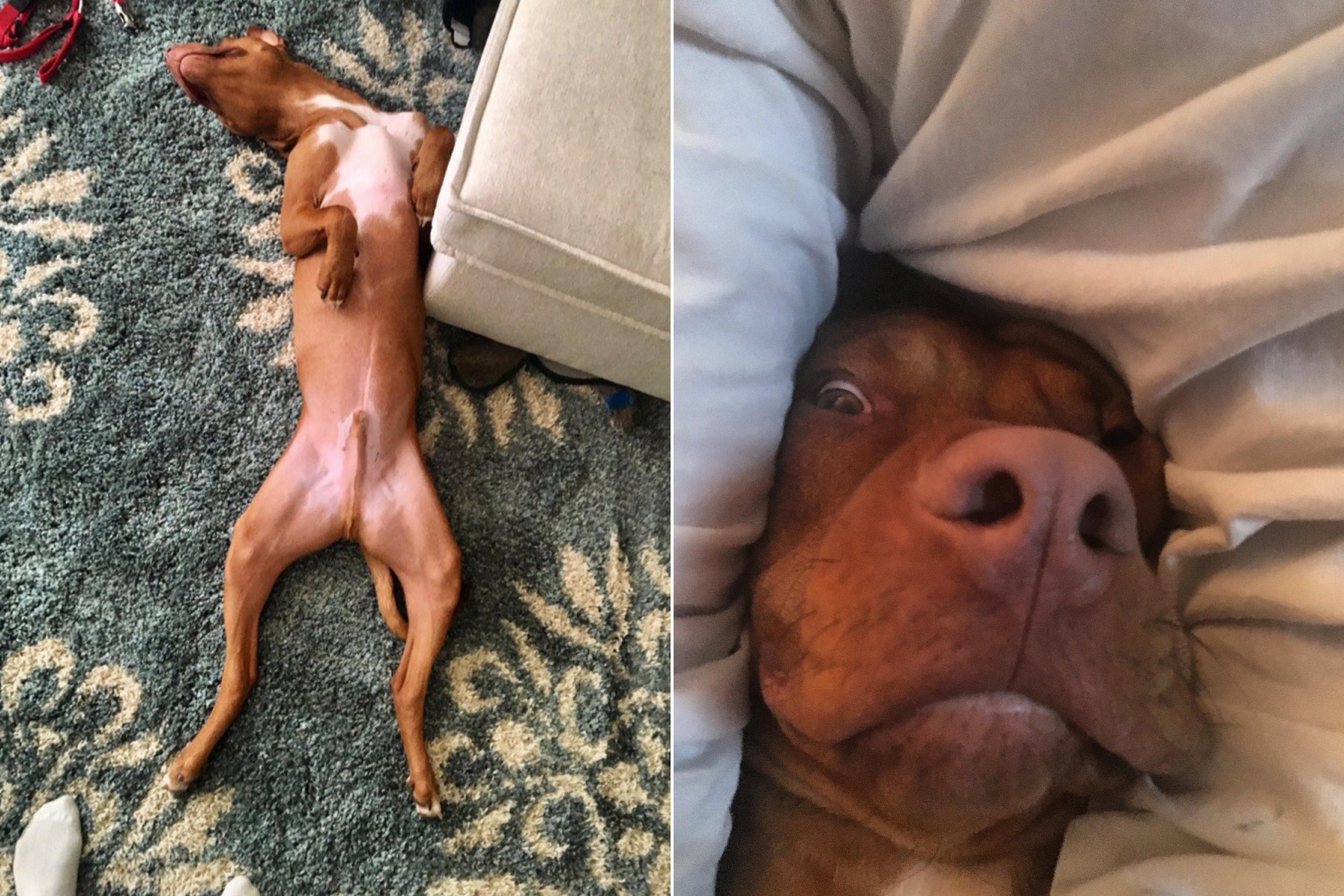 I became very curious. I had no idea how a pup as amazing as him ended up at a shelter. I looked up his paperwork and found out he used to be at a kill shelter called Vance County AND Ruin Creek. I looked them up on Facebook and found Max on their pages. Max was timestamped and it said “to be terminated on 3/11.” I felt so sick. They spoke so highly of him. They talked about how he was a big lap baby, and that he needs to be out of the shelter environment because of how terrified he is. They said it was like he was constantly looking for his family to return to him. I reached out to the shelter and I let them know that Max is now safe and extremely spoiled. They informed me that he was dropped off at the shelter with no vaccines, and that he was possibly about 7 months old. They also said his old family no longer wanted him or they were moving and couldn’t bring him along. I still feel so angry and upset when I think about it. We love him so much and could never imagine leaving him. We never would. 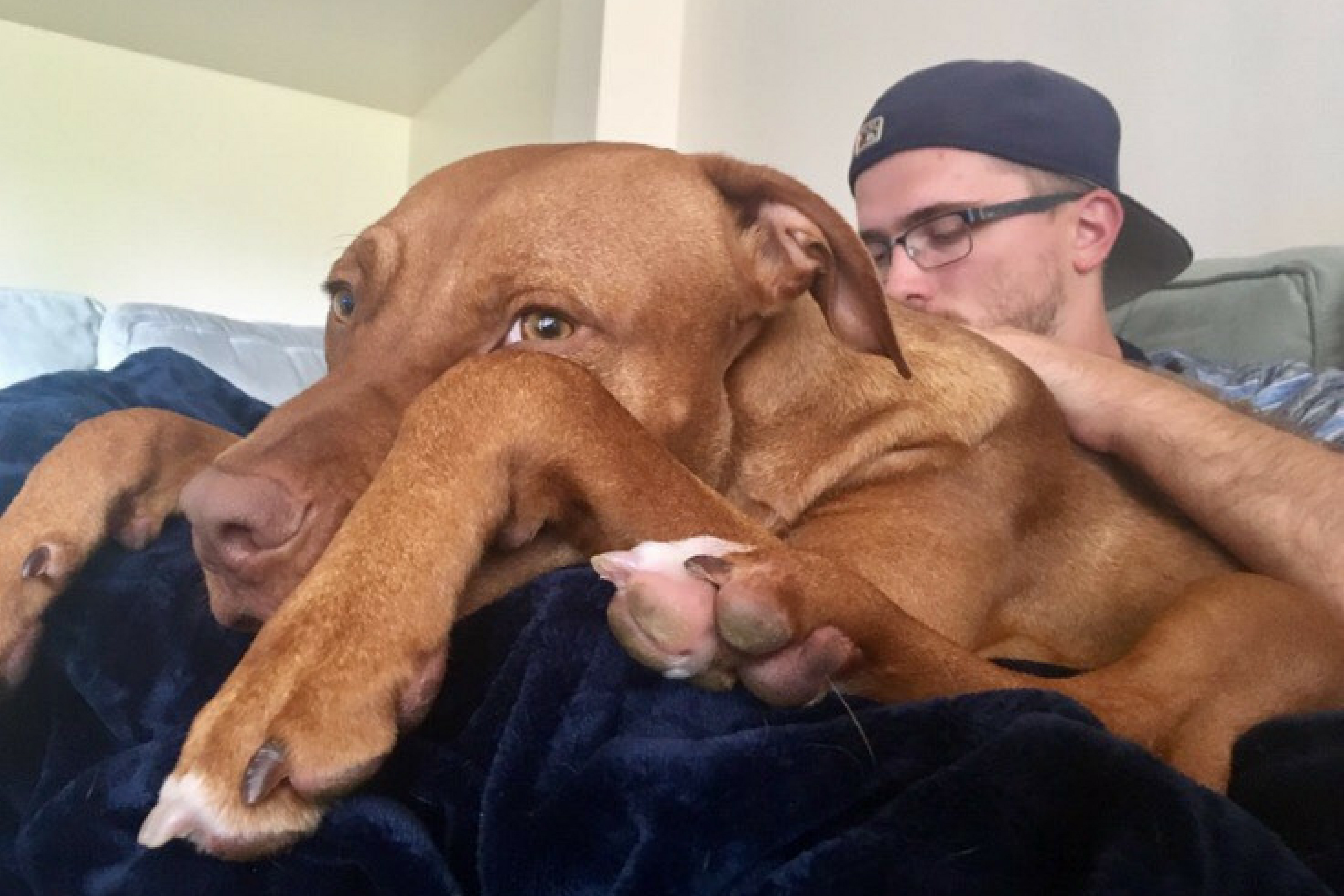 Max has shown nothing but forgiveness and love to a world that wasn’t so kind to him in the beginning. We love him so much and are so thankful to have such an amazing pup in our life. We love how when people meet him, they quickly forget about the assumptions people make about his breed. He loves everyone (sometimes a little too much) no matter what they look like. 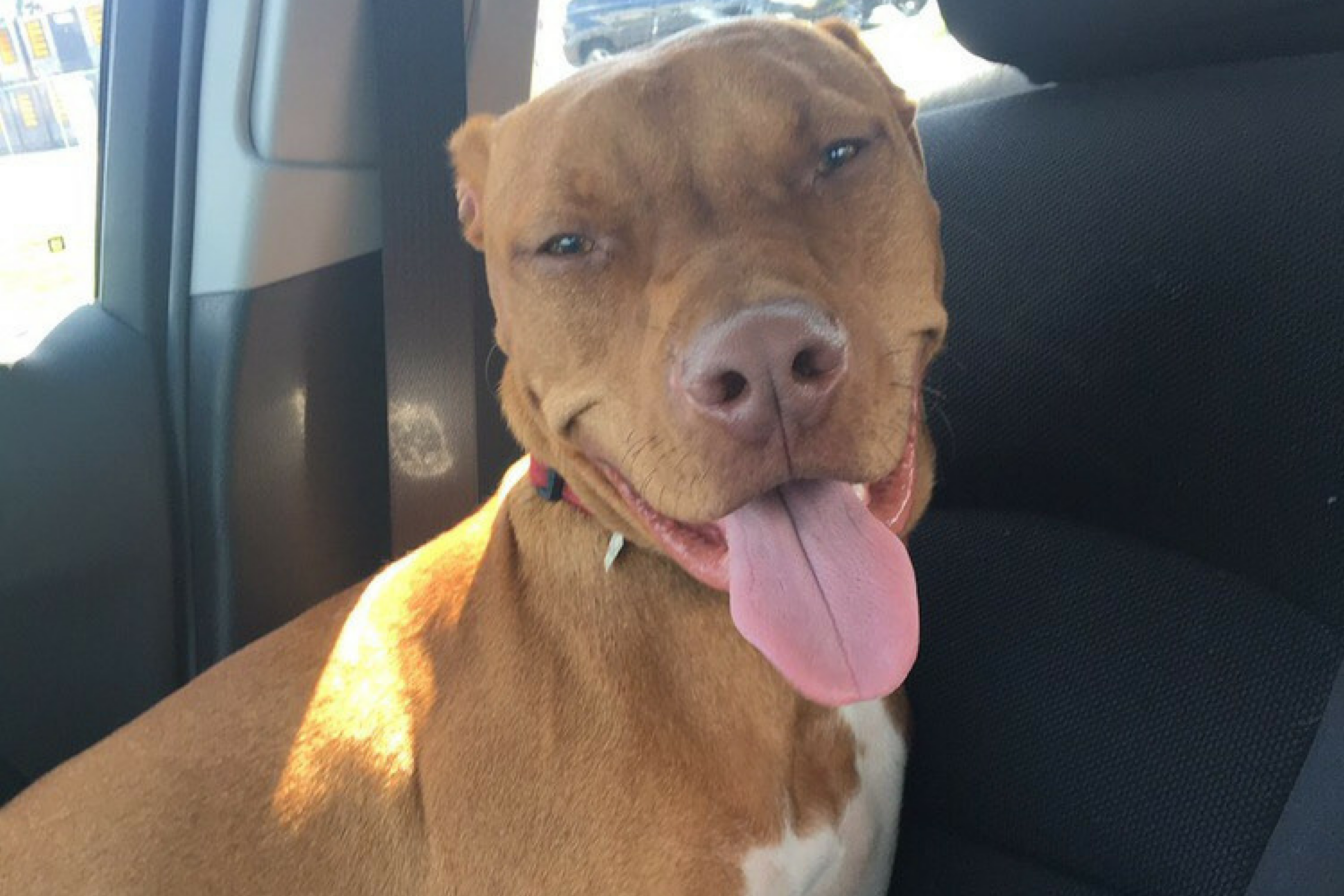 We still meet people that claim they do not trust his breed. But I do feel that Max has a way of showing those who feel that way how truly amazing Pit Bulls are.

What? I didnt do it? I playing wif my hedgehog and my sheep and my squirrel and they exploded EVERYWHERE

I wub the beach so much I can’t even keep my eyes open.

Is it fri-yay yet?