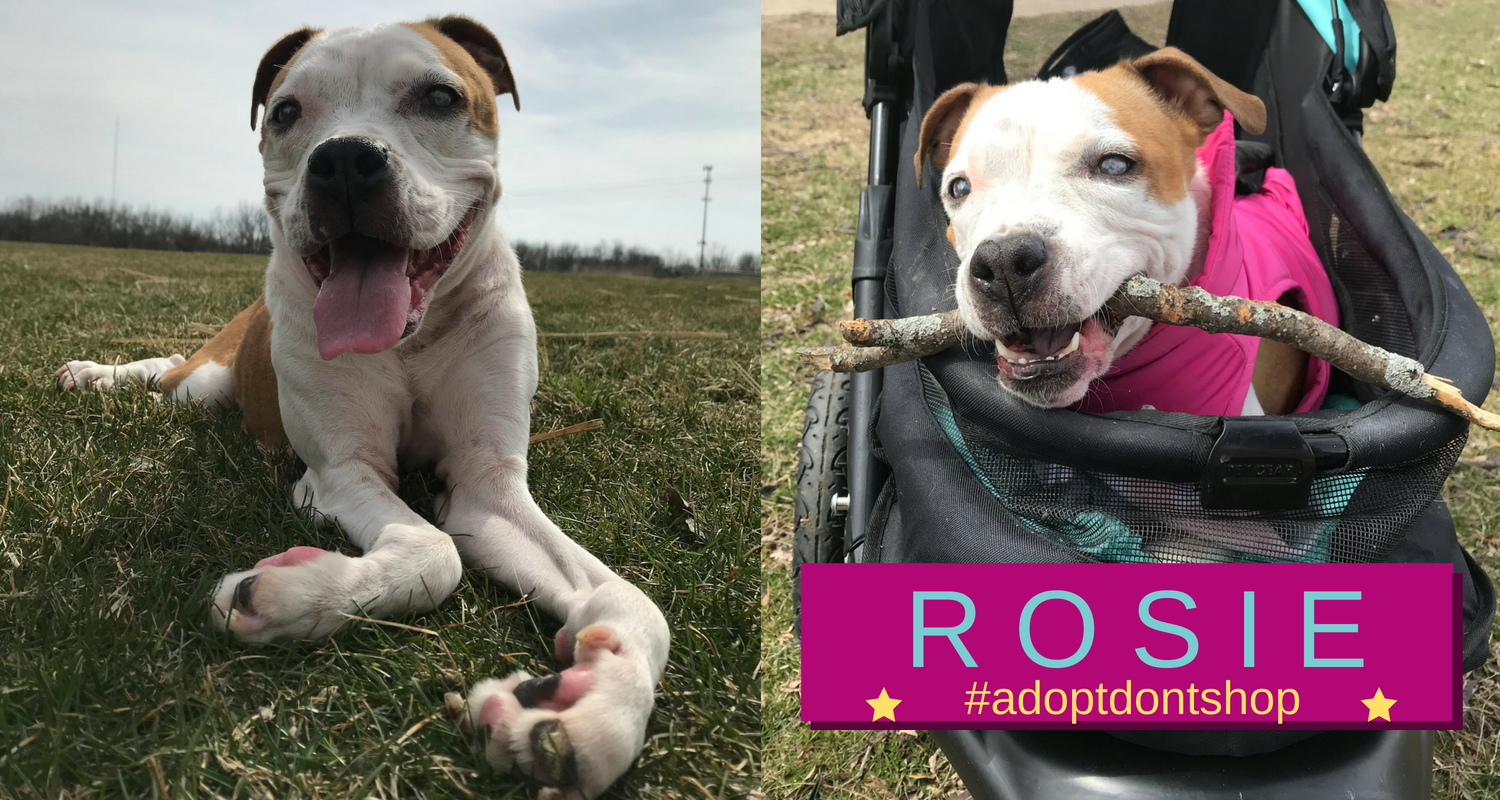 Rosie was abandoned in an alley in Davenport, Iowa. When she was found, she was covered in urine and feces, her nails were curled around and grown into her paw pads, all of her ribs were showing, and it was clear that she could not walk.

She was brought into a local shelter by the couple that found her and that’s where she met Jeremy, one of the shelter workers. Jeremy fell in love instantly and decided to take her home to foster. Over the course of six months, she has been seen by many different vets. Unfortunately, no one can figure out exactly what is wrong with her.

Rosie’s foster parents are currently awaiting blood work results from a genetic specialist at the University of Pennsylvania. They believe Rosie has a lysosomal storage disease but they haven’t been able to pinpoint exactly which one. These diseases are almost always fatal and dogs with them generally don’t have normal lifespans. They can cause bone and joint deformities along with a myriad of other issues, depending on the exact disease.

Rosie doesn’t seem to care about any of that, though! She lives every day with as much spunk and sass as possible! She’s obsessed with her foster family, especially her foster dad, Jeremy. She loves to wrestle, play with toys, scoot around the house, snuggle with her cat friends, go for rides in her stroller, and howl along to Rihanna. She gets along with every dog she meets and doesn’t have a mean bone in her body, despite her rough past.

Her foster family has no idea how long Rosie will be with them, but they plan to spoil her for as long as she lets them! They are forever grateful to BAARK, the rescue that took her on and allowed them to foster her.

Pro tip: make friends with the cat so you can use him as a pillow #idontreallylikehim #buthescomfy #pitbulllover #pitbullsofinstagram #adoptdontshop