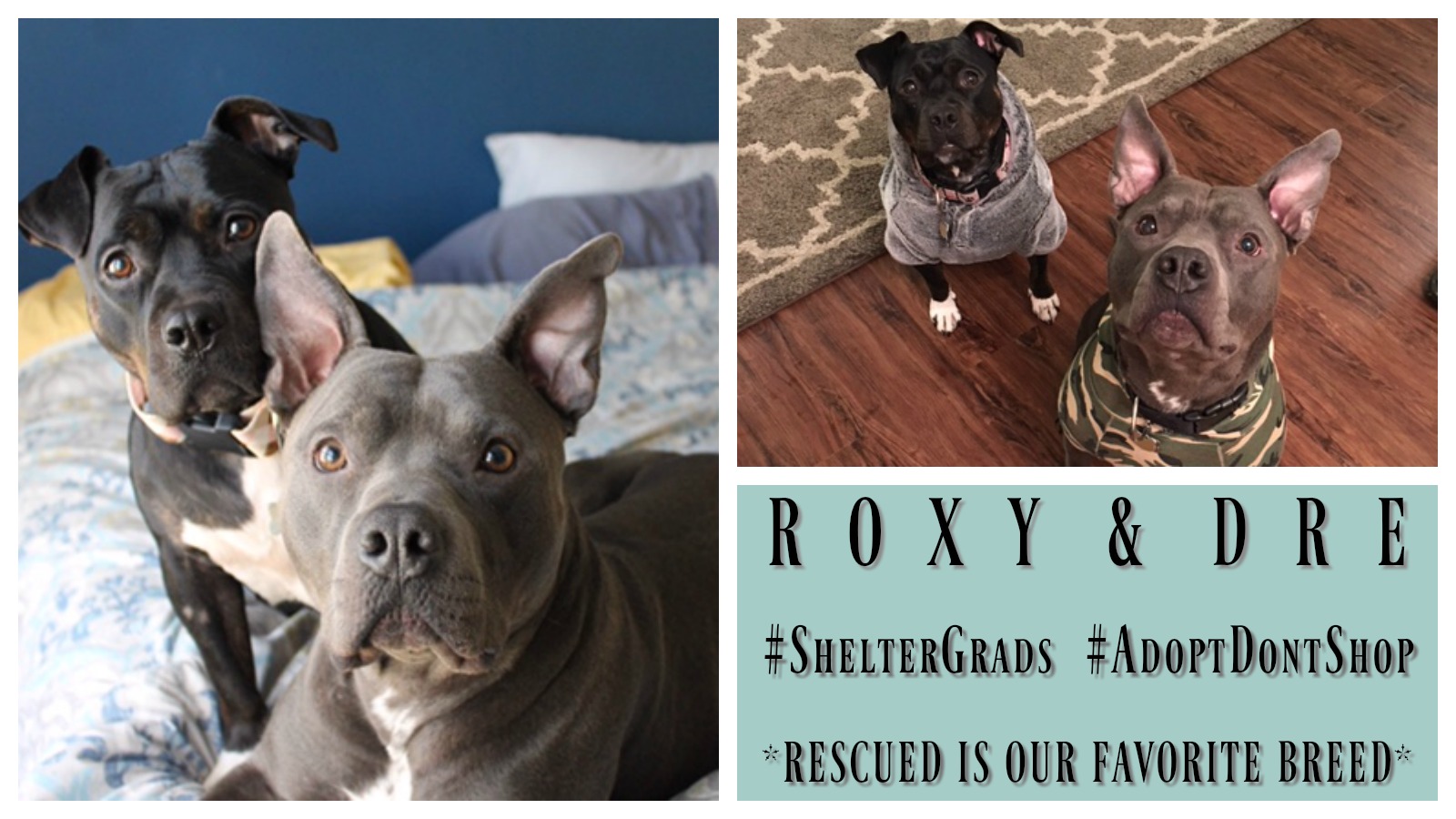 Roxy is a Staffy who was adopted from the Associated Humane in Tinton Falls, NJ. She was in the shelter for a little over a year. Roxy was surrendered with another dog friend and she gave birth to puppies while in the shelter. All her puppies were adopted but sadly, she was left behind. She was adopted out but unfortunately was brought back to the shelter. Roxy finally found her forever family in August of 2015! She is such a spunky, sassy and goofy dog that her parents love with all their hearts!

Dre is a blue nose Pit Bull who was also adopted from Associated Humane in Tinton Falls, NJ in October 2016. Dre was only in the shelter for a few months. He was found as a stray in Howell, NJ. Dre’s forever family believes that he didn’t have a good past and was neglected and/or abused. His teeth were silver, which they believe was caused from being tied up with a chain or left in a cage that he was trying to chew his way out of. Dre is skittish and gets scared easily, but has the most loving personality. Dre’s forever parents have never seen a dog give so much affection before and want so much affection in return. He is a total lovebug and is completely irresistible! 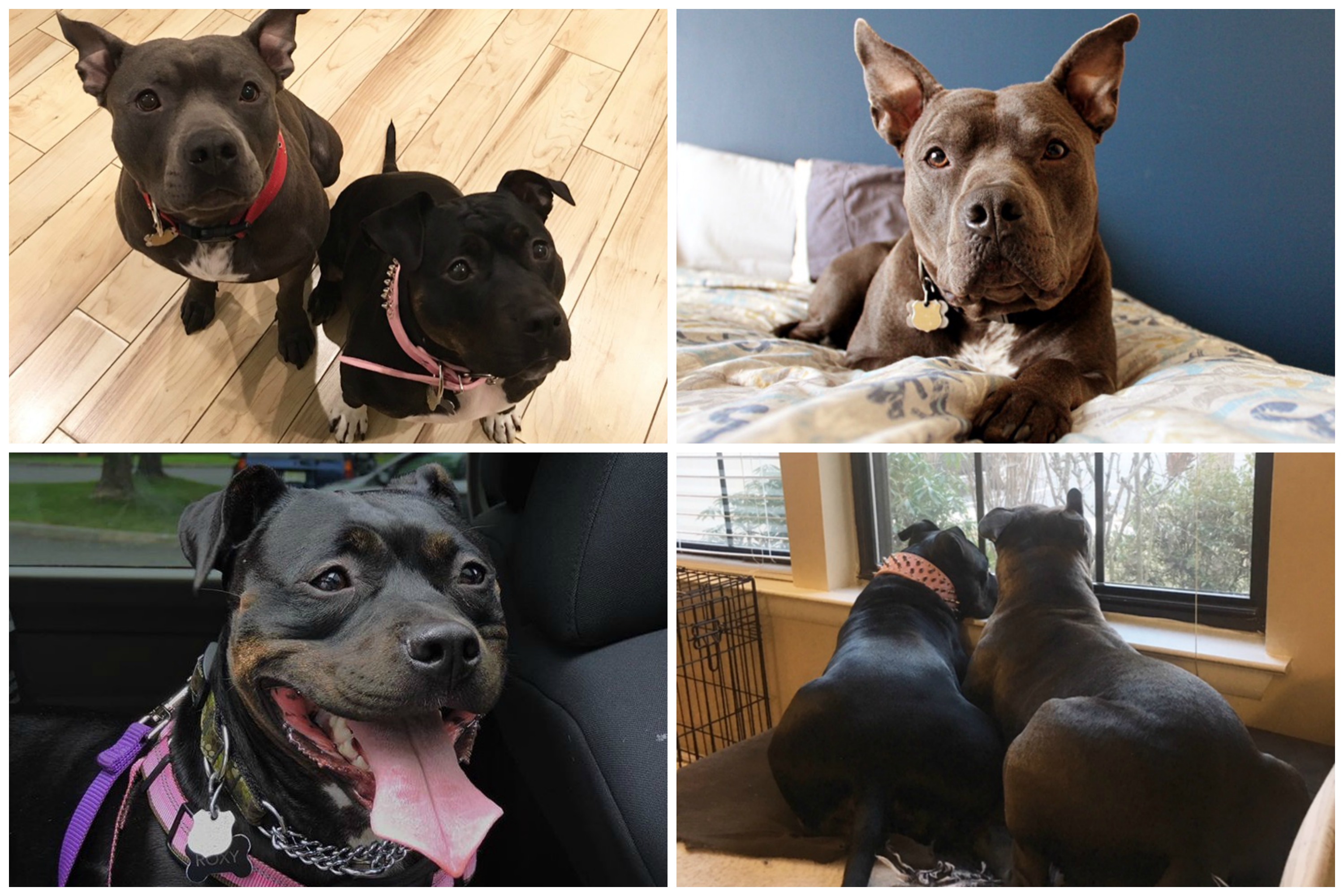 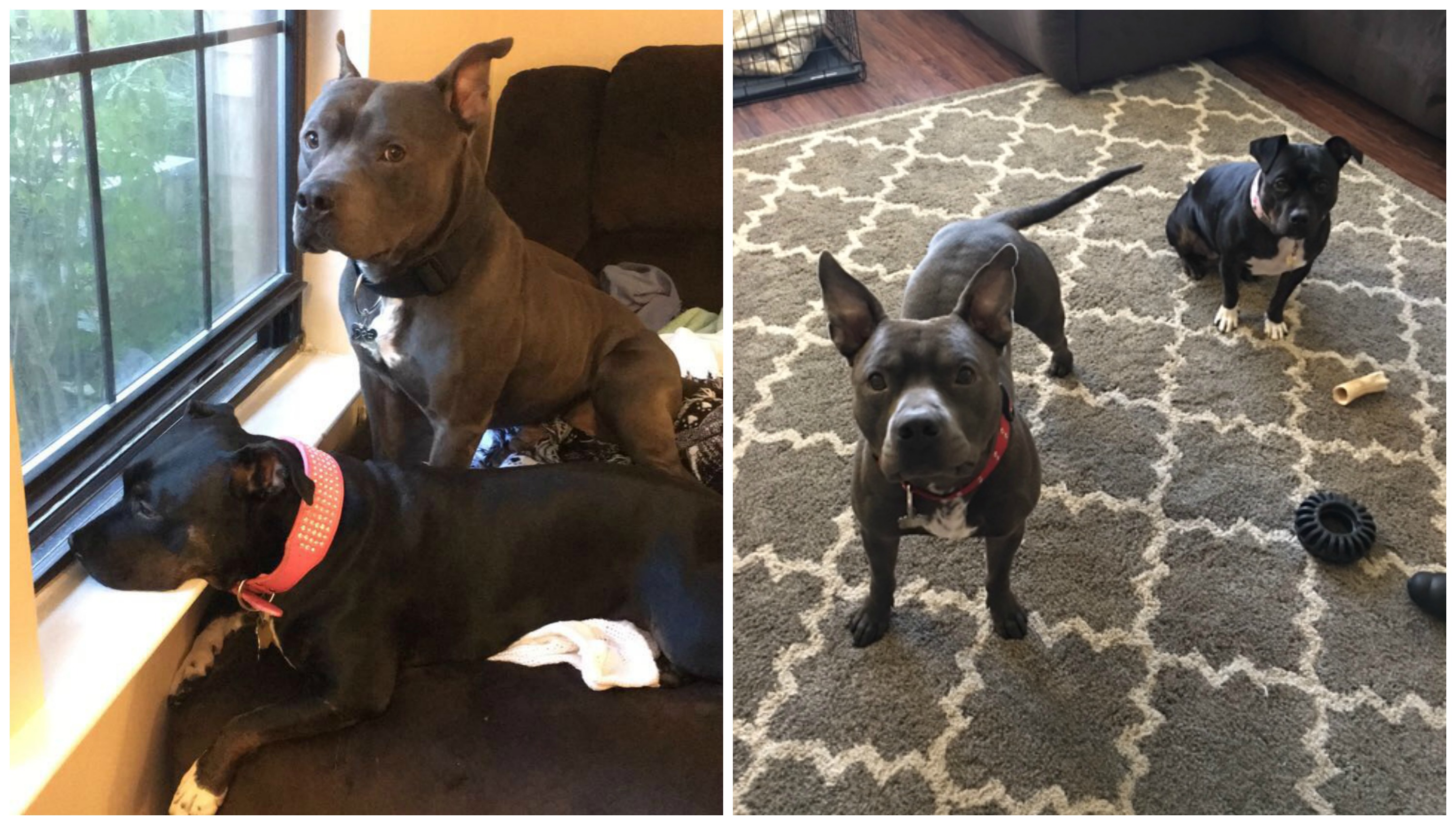