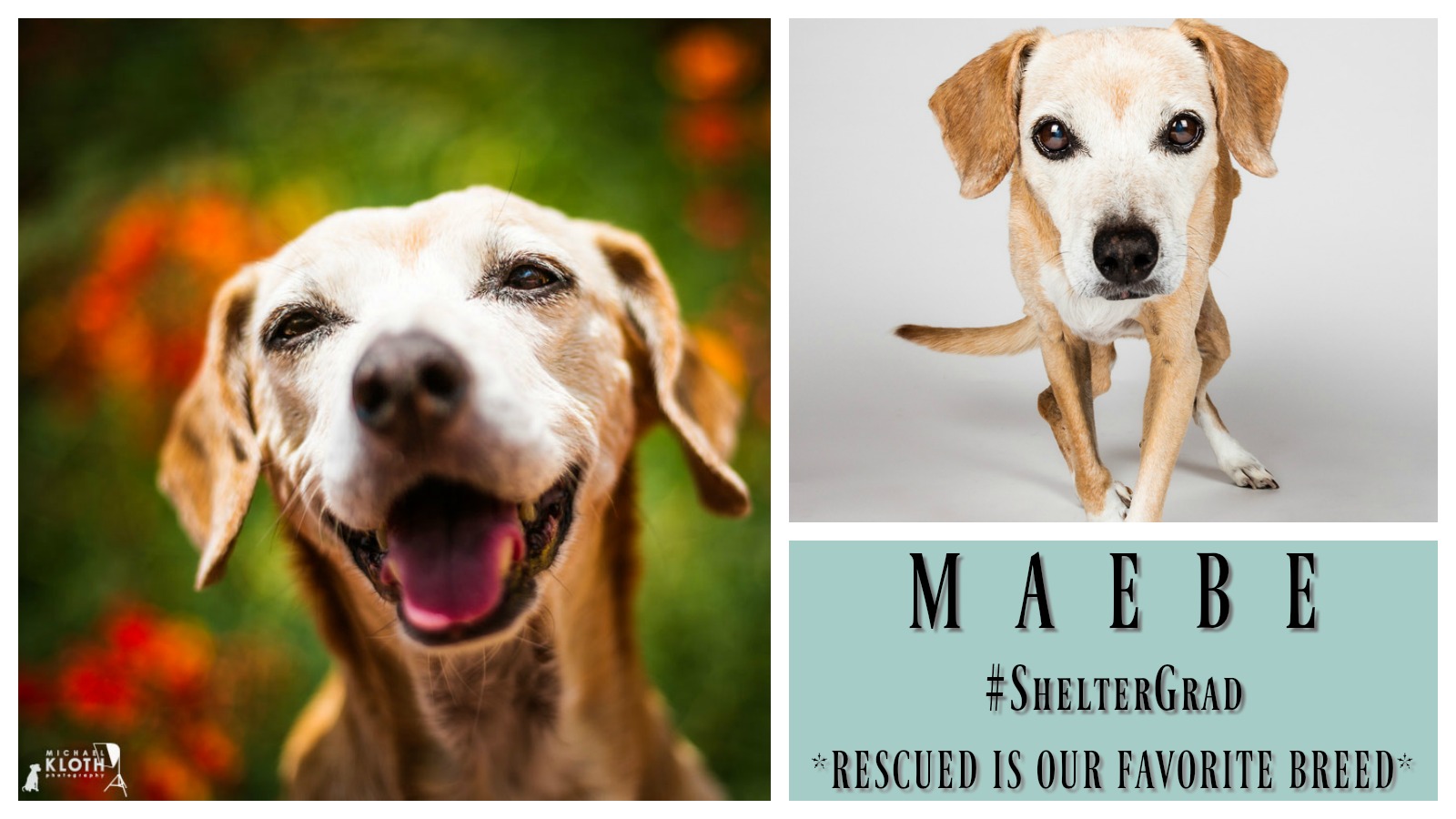 Maebe’s forever family adopted her in 2007 from the Woodford Humane Society in Versailles, KY. Her forever dad, Michael, is a photographer who volunteers his services to shelters and rescues for adoption profiles and other special projects. He met Maebe twice; once for her initial adoption photo and again when she was returned after a failed adoption. He thought Robin, her now forever mom, should meet her and they hit it off right away! 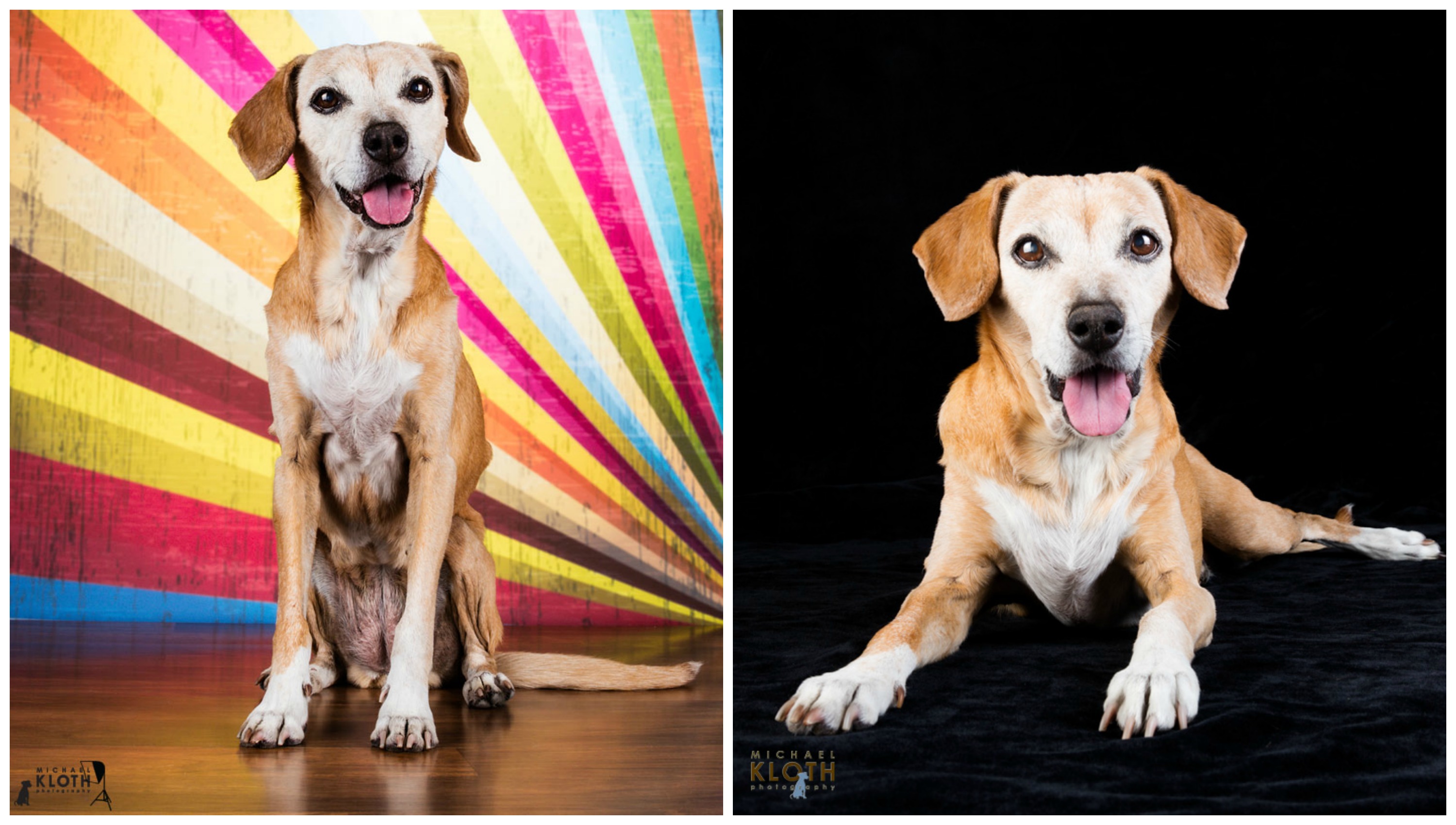 When Robin and Michael discovered that Maebe was six years old, they had a moment of hesitation. They’d just lost their first dog at age nine to lymphoma not long before. How much time would they have with her? Could they bear to fall in love with another dog and possibly lose her so soon? But there was no way those thoughts were really going to change anything…Maebe was always going to be theirs.

Fast forward to 2017, and Maebe is now basking in the sun in Tucson, Arizona! She and her forever family have had ten wonderful years (and counting) with each other. She’s survived treatment for spindle cell carcinoma (four years ago–and was given a three year expected survival after diagnosis…she’s a fighter!) and brings her family love and happiness every single day.

Maebe’s forever mom says, “The gift that senior dogs give us is to appreciate each and every day together. Of course, nobody knows how much time we have but as we watch our dogs’ eyes get cloudy and their faces turn white, we are reminded to appreciate whatever that time may be.” 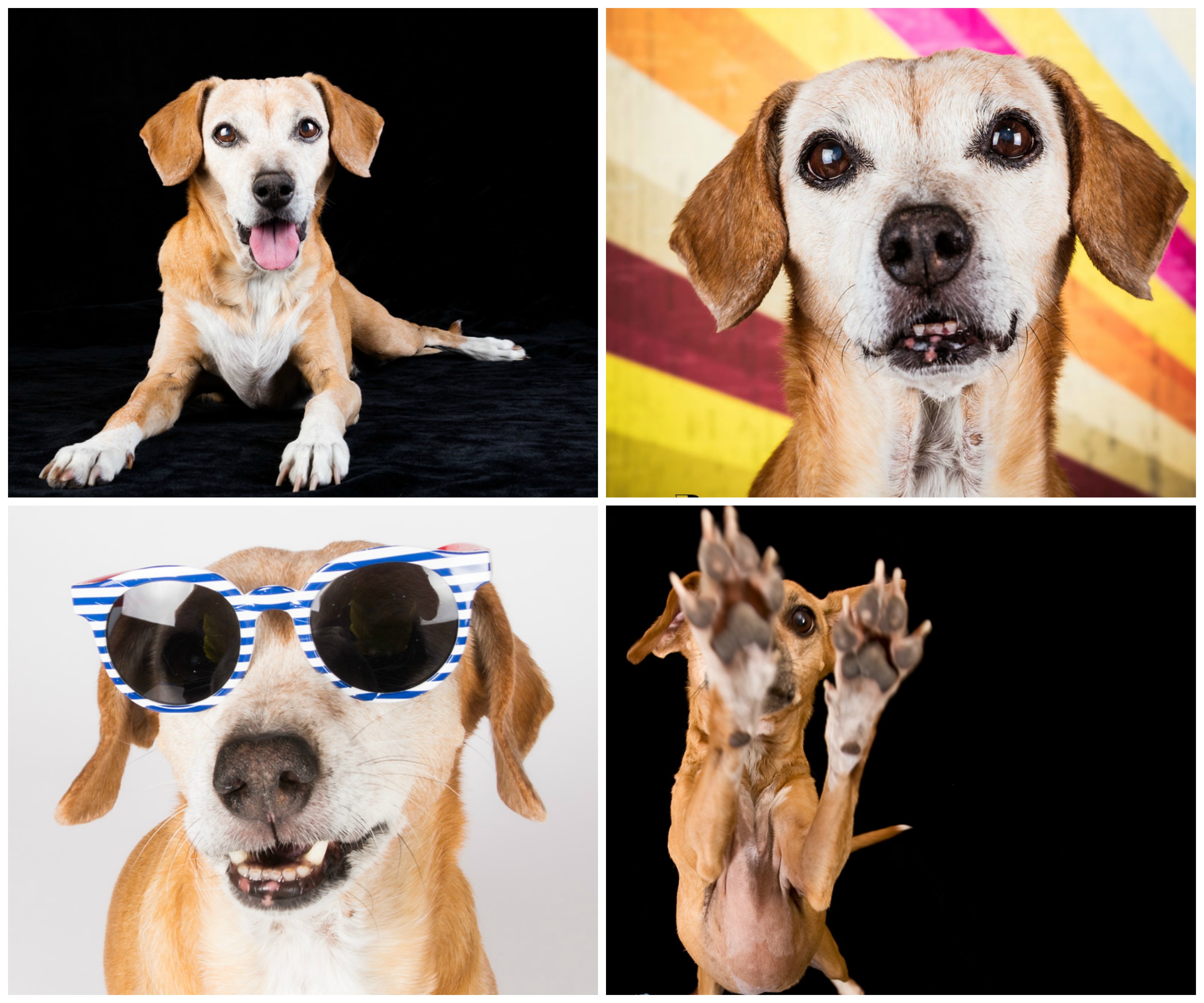 What’s the hold up back there… oh, not again. #puparazzi #muttbuttmonday #seniordog #adoptdontshop #rescuedismyfavoritebreed #muttnation photo by @michaelkloth

This is my “If I pretend not to see him, maybe he will put his camera away” face. #puparazzi #seniordog #adoptdontshop #rescuedismyfavoritebreed #petphotography #bnw #muttnation #badassclub photo by @michaelkloth

I used to be an enthusiastic photo assistant. #ThrowbackThursday #dogs #petphotography #adoptdontshop #rescuedismyfavoritebreed photo by @michaelkloth