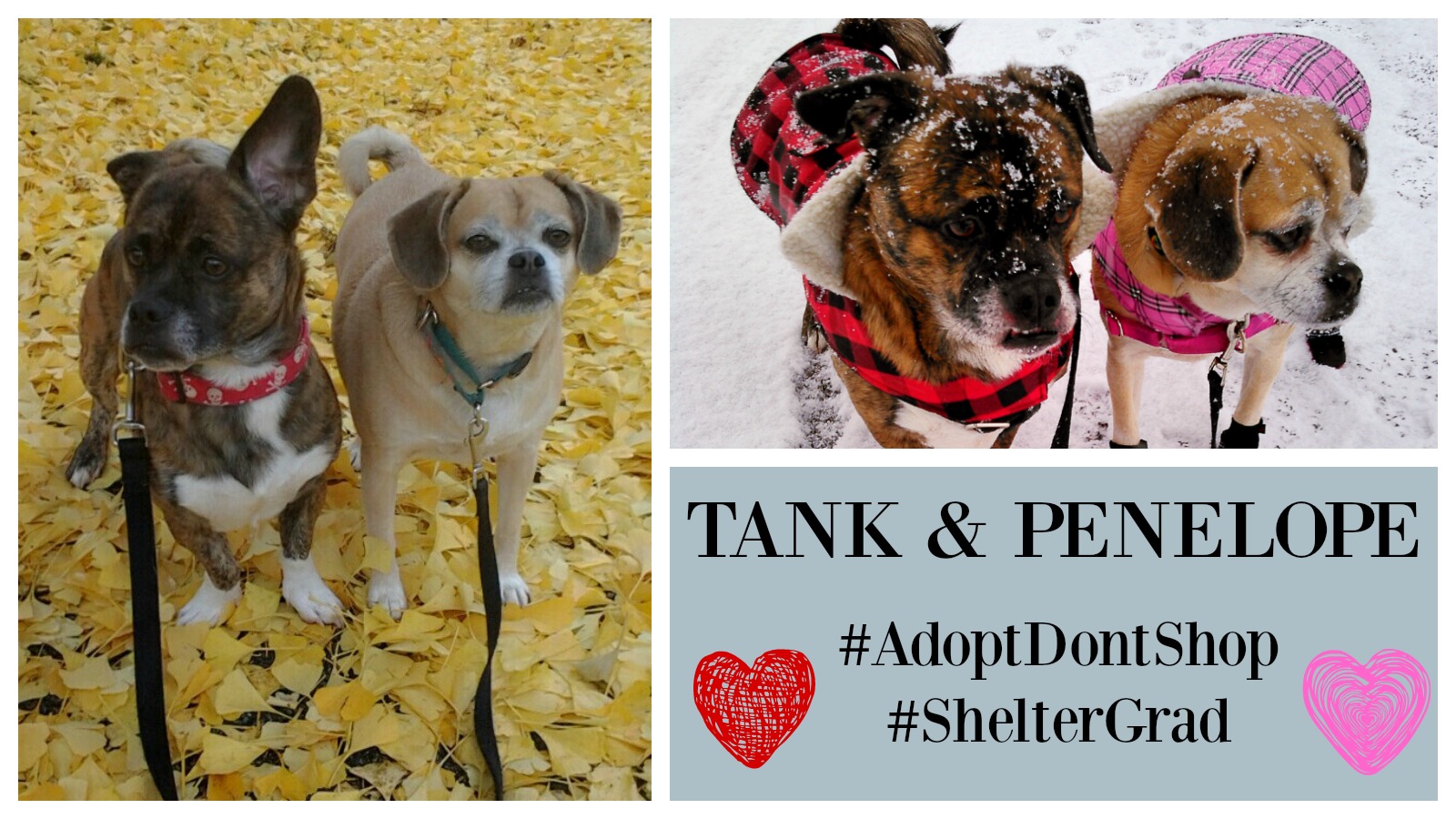 Tank and his forever mom, Ashley, met 6 years ago.  She was 15 and he was, what she likes to call, “an accident puppy”.  Ashley’s mother’s co-worker had a female pit bull and a male Pekingese that had four puppies. Tank’s mother and three brothers and sisters tragically died in an house fire, and his father was put down shortly after for being extremely aggressive.  Even with a heartbreaking past, Ashley fell deeply in love when she saw Tank running straight towards her with his short, chubby legs! Ashley immediately picked him up and she never let go! Tank is her first love and they have grown so much together. 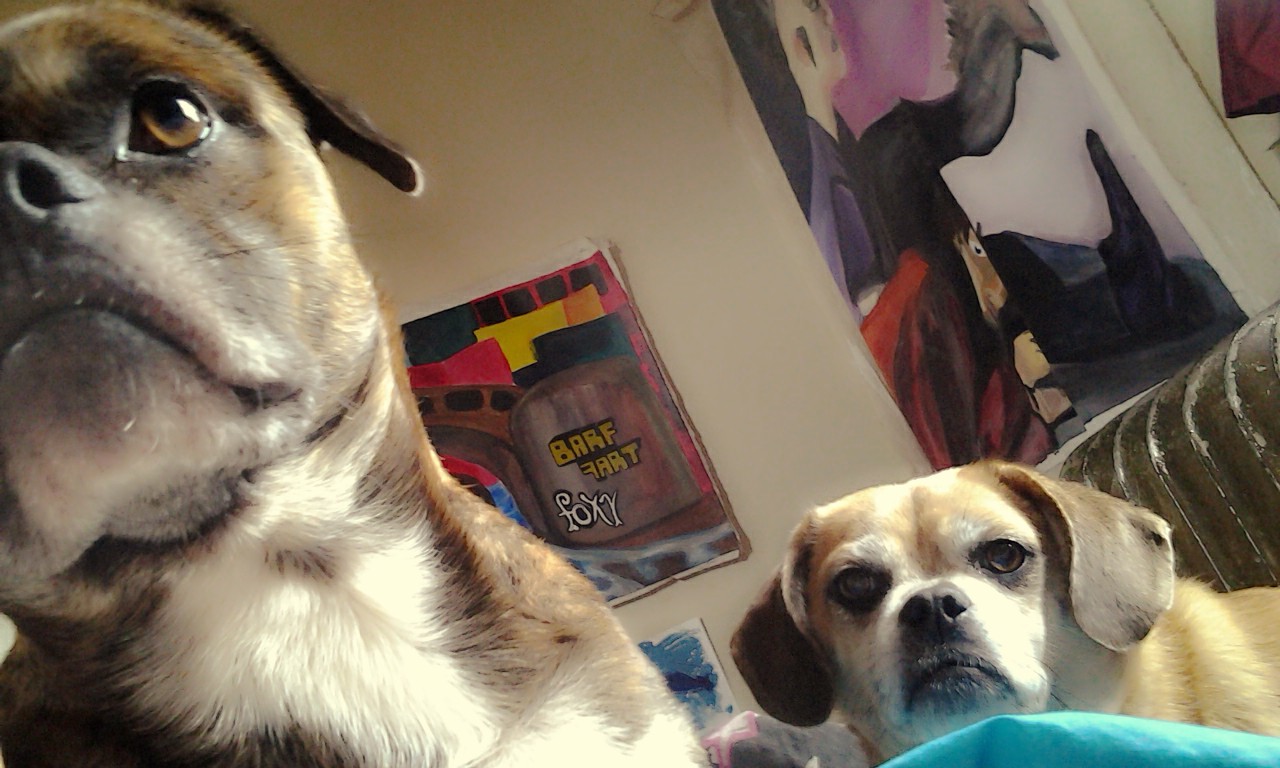 Tank has always been picky when it comes to other dogs and other people.  However, things began to change when they met Penelope three years ago.  In 2013, Ashley started volunteering at the Western PA Humane Society  in Pittsburgh. She walked adoptable dogs daily and helped with fundraisers. Everyday, Ashley came home smelling like other dogs which displeased Tank! 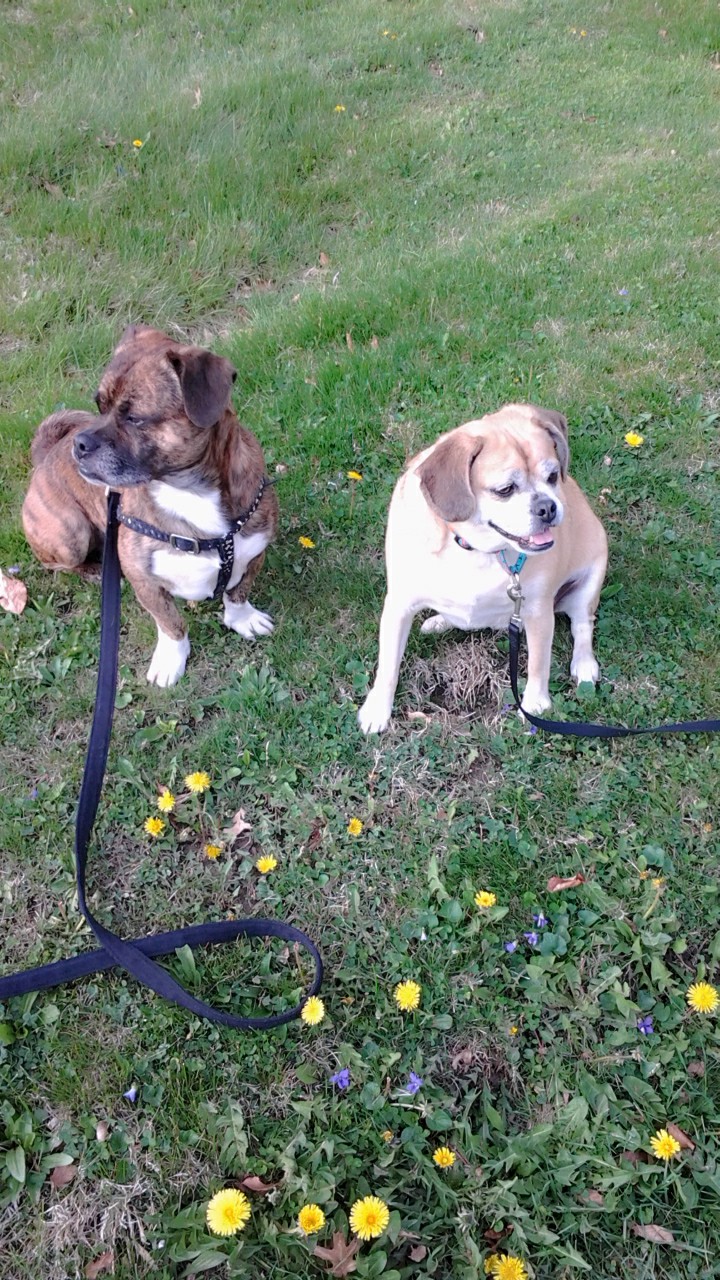 Ashley remembers EXACTLY when she first saw Penelope. Penelope was put in a community kennel with two other senior dogs (Sissy & Winston) and she was the first dog Ashley saw when she walked in to start her day. Ashley’s mouth dropped because she could not believe how cute Penelope was! Penelope was just sitting there, with her tongue hanging out! She was surrendered by her previous family who bought her from a breeder, and the family did not have the time for her. She was 5 years old, heavily over weight and was missing some teeth. Penelope soon got kennel cough and shelter staff asked Ashley to foster her. Ashley secretly thought this was fate but was worried about how Tank would react. Of course, Tank hated her at first, and was not thrilled about sharing his furever mom with another dog. However, after some intense walks and play sessions, Tank and Penelope became inseparable!! They now sleep together and share the car window during rides to the park. Needless to say, Penelope became a “foster fail”!  After Ashley adopted Penelope from the shelter, her home was complete.  Ashley is happiest when she is with Tank and Penelope.  They are a mischievous duo and a huge part of the family! 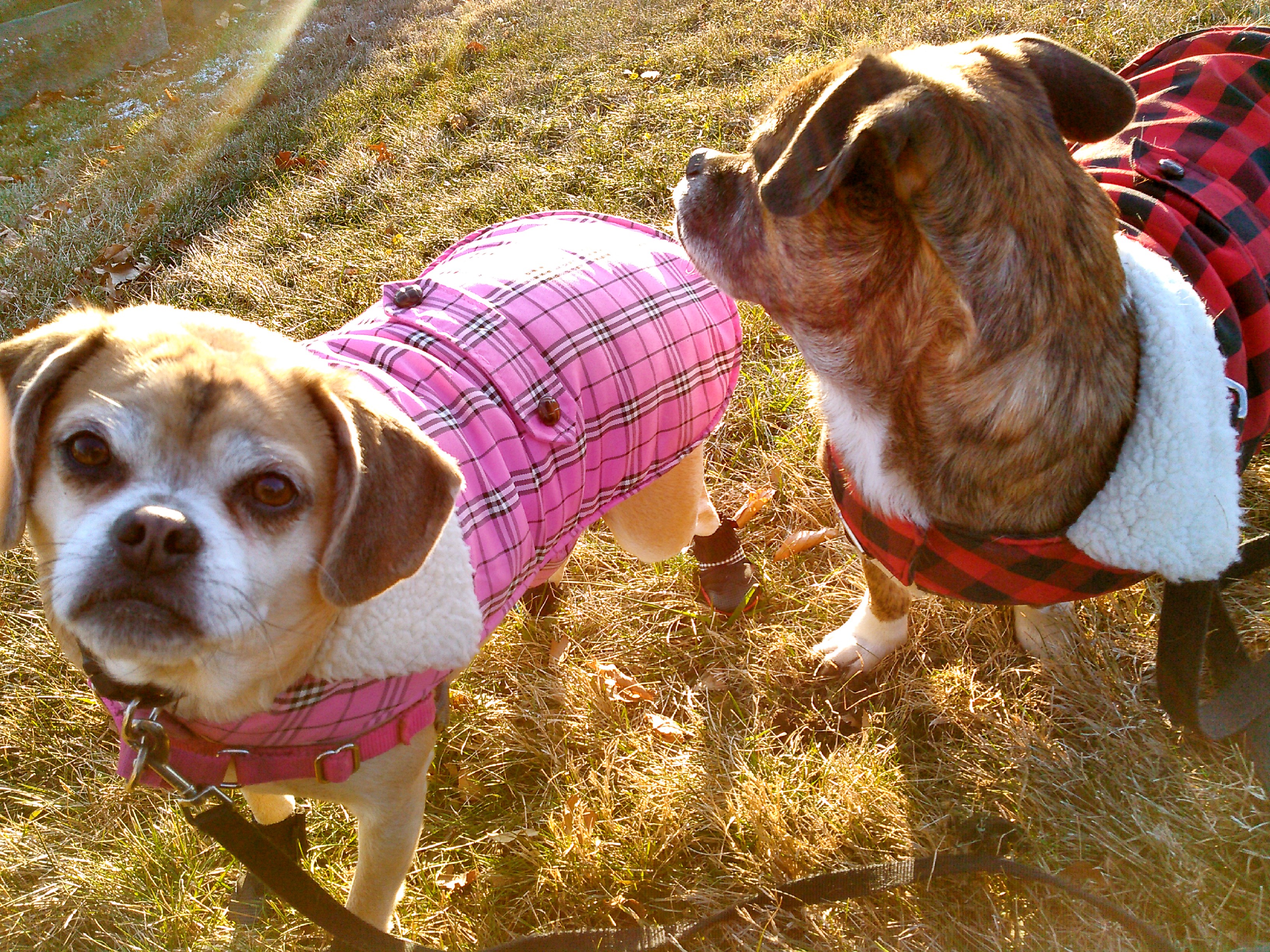 Where do I even begin to explain how tired I am ????… Tank finally tired himself out around 1am but the fire works never stopped & Penelope began to reverse sneeze off and on around 5am ???? . #dog #dogsofinstagram #dogsofinstaworld #dogsofpittsburgh #perro #puppylove #pets #petsagram #petsofinstagram #instadog #love #animallovers #puggle #pugglelove #pugglesofinstagram #pug #puglife #pugdaily #pitbull #pitbulllove #pitbullsofinstagram #adopt #adoptdontshop #adoptrescuefoster