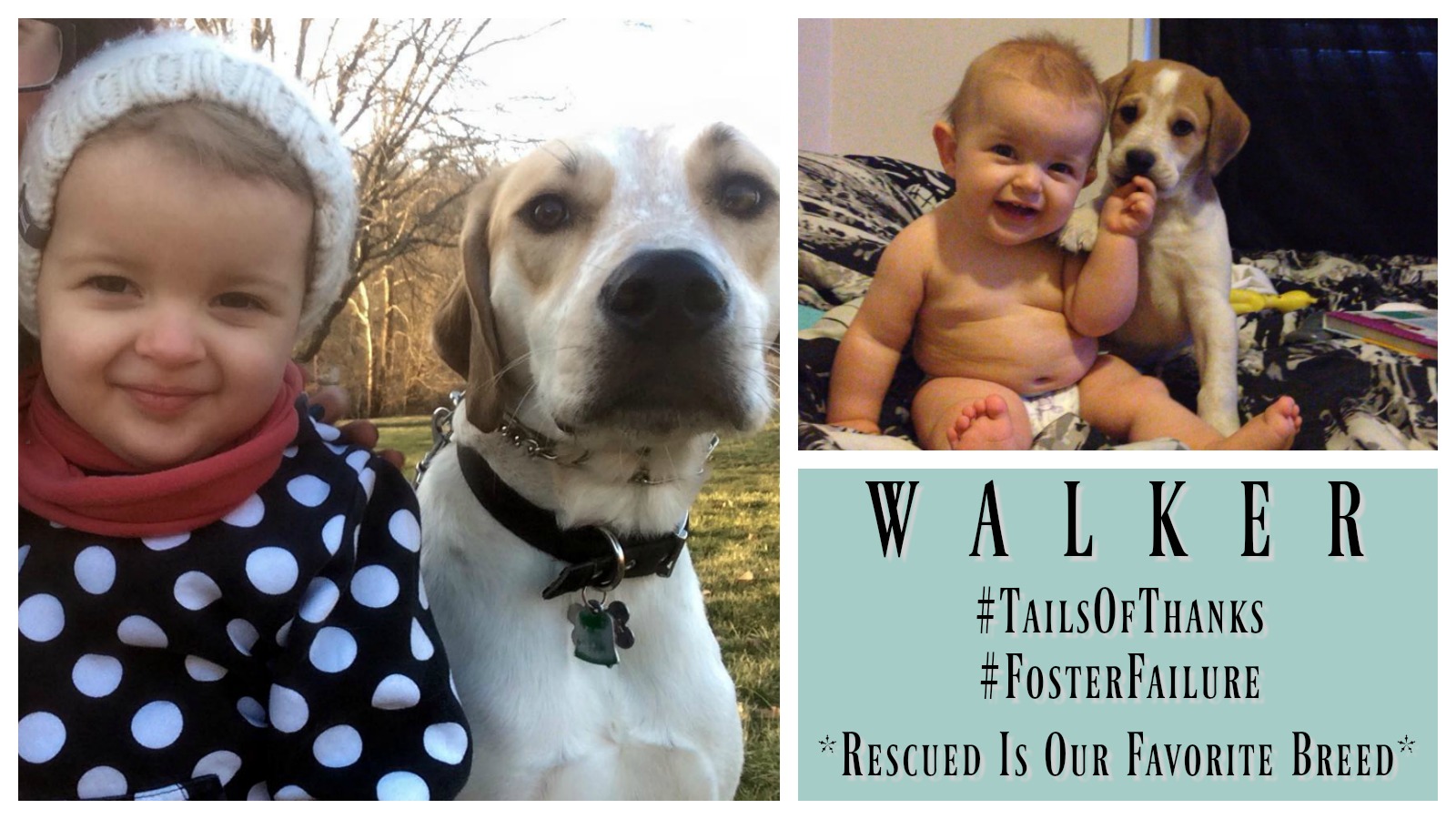 Walker is a two year old hound mix who originally snuck his way into Anna’s heart as a foster. She took in his heartworm positive, pregnant mother in late February of 2014 and on April 1st (which is such a fitting birthday for him), Walker was born. He and Anna’s daughter became immediate friends — before he could even see, he would waddle his way into her lap and fall asleep. By the time he was six weeks old, Anna knew there was no way they could let him go, so she filled out the adoption form and the rest is history!

Since his adoption, Walker has played many roles in his forever home –  from foster-helper to training demonstration dog and now to Anna’s active service dog. For almost a year he “worked” at Petco with her (he even had his own name tag), by his forever mom’s side as a dog to help fearful training students adapt to class, and as a friendly face within the store to lead customers to their needed items. Now, his role is a bit more serious, as he helps Anna deal with her severe vertigo episodes when she’s out on her own or with her three year old daughter. Walker has worked very hard and gone well beyond expectations to perform his duties and surprises his family every single day with the things he picks up on and uses. He and his human sister are still inseparable and can almost always be found on the couch snuggling or cuddling up in bed together.

Anna honestly don’t know where she’d be without him and she’s forever indebted to the Stray Animal Adoption Program for saving his mothers life. 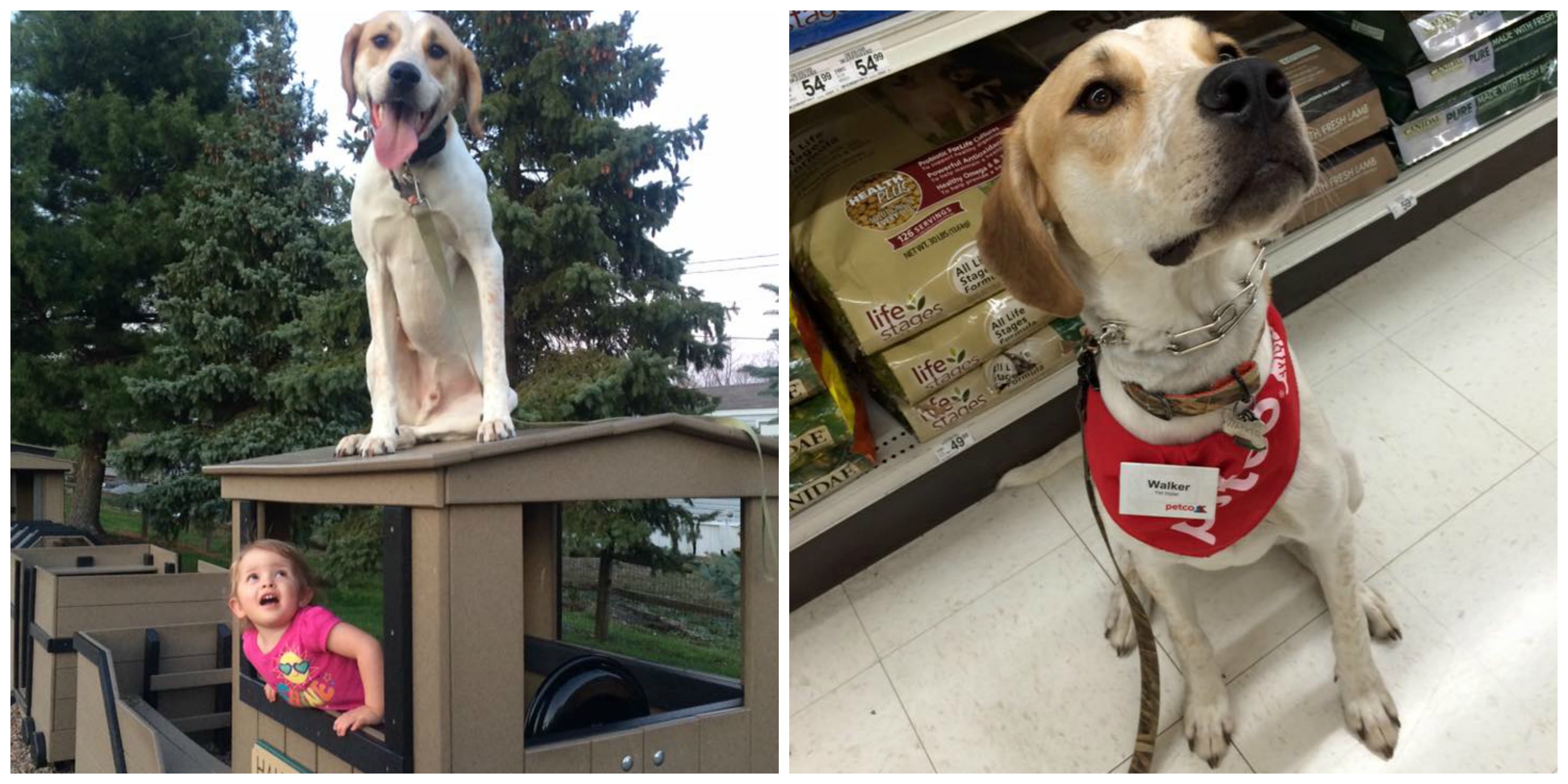