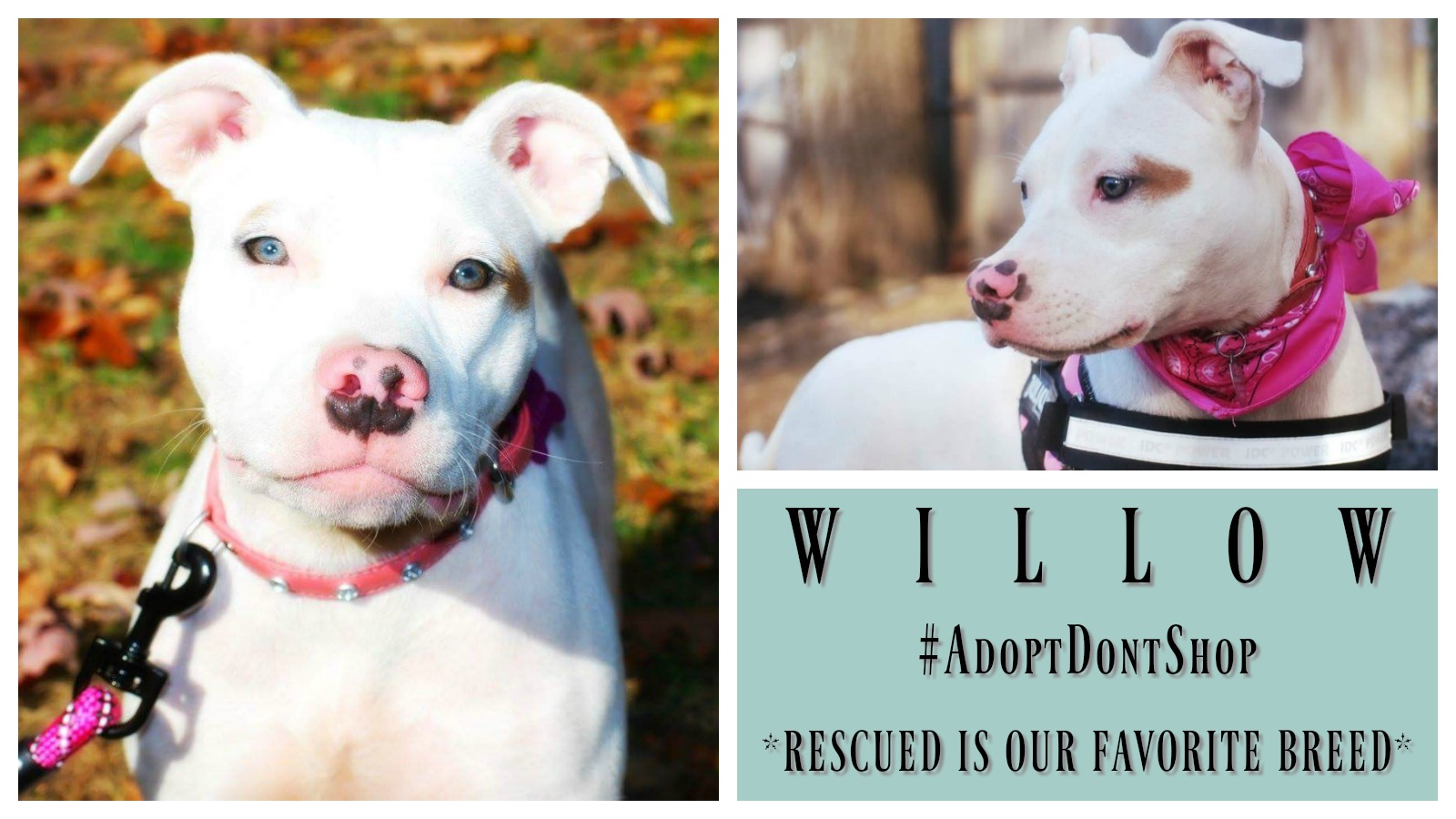 Willow’s story began in Gaston County, Mount Holly, NC. She was the product of a backyard breeder that bred Pit Bulls because “he liked them”. At just two months old, she was tied outside all day and night, and was occasionally given leftover table scraps to eat.  She was also constantly sitting in her own waste. She learned how to be an escape artist at a young age and would break free any chance she could. She would run across a very busy highway to a house where two wonderful women lived. They would feed her, and since she was extremely emaciated, she ate every meal as if it was her last. 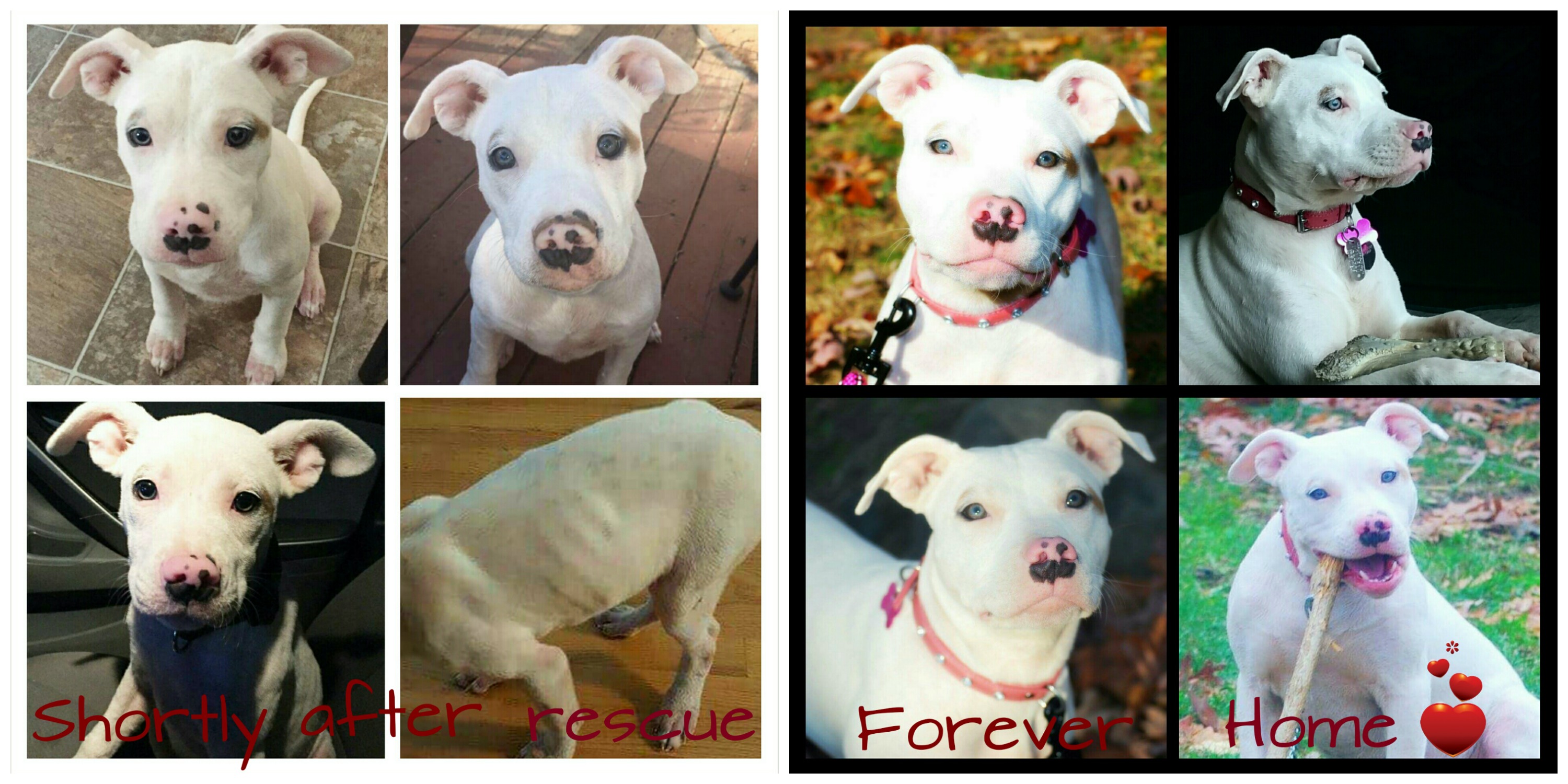 This continued for a couple of months until the women were finally able to convince Willow’s “owner” to relinquish the rights to her. At that point, she was four months old and in terrible shape. She never had any medical attention, was missing fur and had a horrendous rash on her feet due to the extreme North Carolina heat. She was literally starving to death. 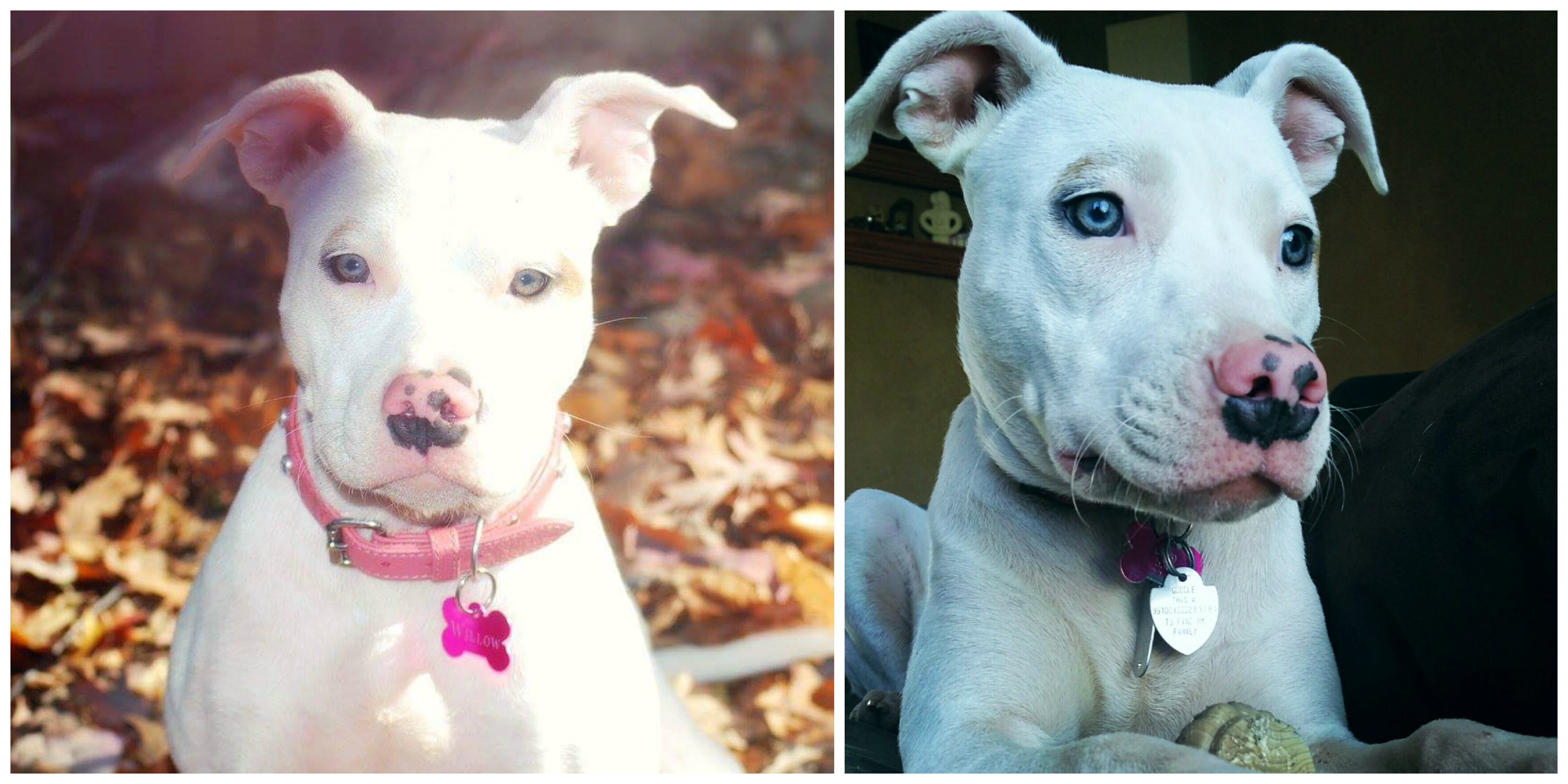 Willow was temporarily put into a foster home for a couple of weeks until Take Me Home Pet Rescue in Milton NY got involved and had her transported to them. Willow’s now forever family had rescued a senior (Joey, 10 yrs old) and a one year old American Pit Bull Terrier (Bo) a little over a year ago and thought their family was complete… until her forever mom saw her! She was small and skinny, with a pink speckled nose and beautiful blue eyes that spoke volumes.

Willow is now eleven months old and she’s stunning and thriving. She completes her forever family and is a perfect example that with love and patience, these once broken babies become the most loyal, devoted, spectacular family members that you will ever have. We heal their bodies and they heal our souls. #WhoRescuedWhom #RescueStrong 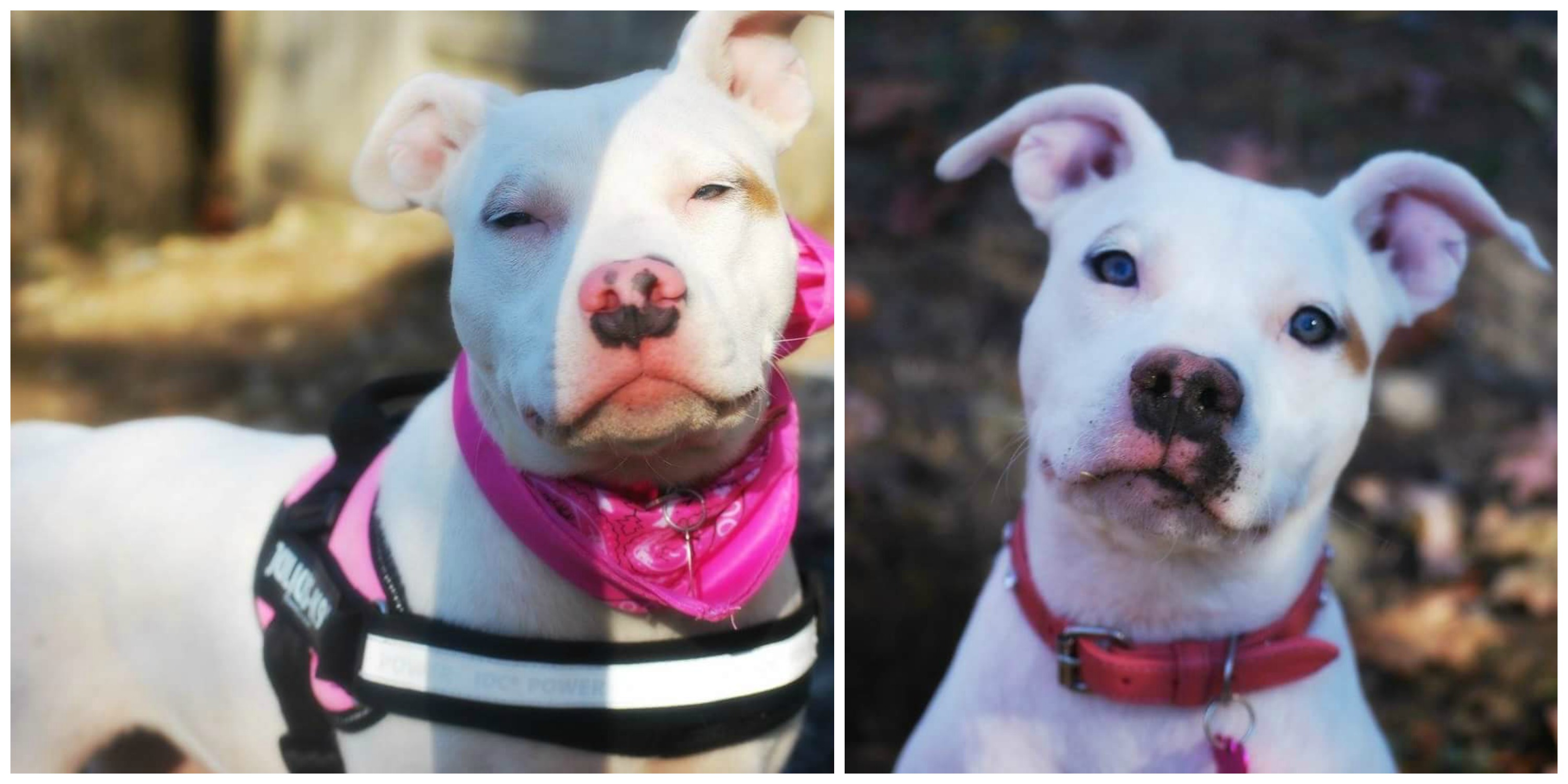