Editor’s Note: This story was heartbreaking — that someone could abandon their dog — but we are so thrilled it had a happy ending.

We’re happy that De H. shared this story with us.

We were fostering a German Shepard female who was not getting along with our little brown not-a-Lab dog, so called because we got him as a chocolate Lab puppy who in his first year topped out at forty pounds and always had one year up and the other ear down. 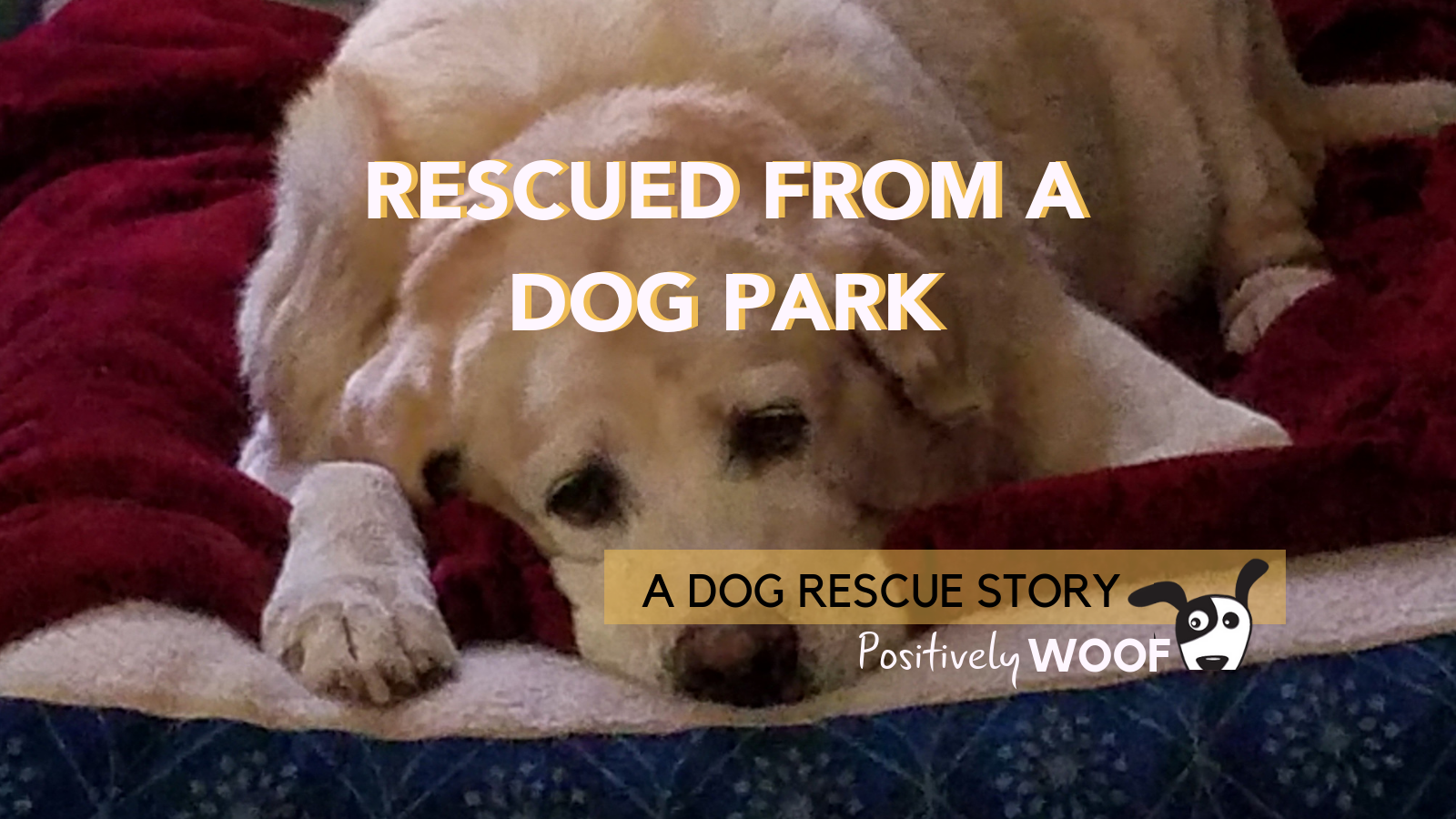 We were giving the foster, Melissa, a trip to the dog park before her new adopter came to pick her up the following day.

In the dog park we saw an overweight white/yellow Lab playing ball. We found out he didn’t belong to anyone. A custodian at the dog park said the dog had been dropped off by a couple in an RV.

We took him to PetSmart and were not surprised to find he had no chip.

He is now our sweet boy who loves his little brown brother…most of the time.

He is our forever dog and his name is Markey.

Editor’s note: Thank you for opening your heart and home to this pup who’d been left behind.