Andrea submitted this wonderful Dog Rescue Story that we know you will find as heart-warming as we did.

Andrea wrote: I was browsing Kijiji in the middle of the night, and I found Teddie in the free section. The picture was blurry, but he looked awful. I made arrangements to pick Teddie up, and the guy I was talking to eventually asked me to give him money for the dog. After seeing what Teddie looked like in person, there was no way I was leaving him behind. Teddie’s old name was Dudu. “Like, poo” his old owner told me.

The day I took him home, this eight-pound Yorkie was full of matted hair. He could barely walk, and his hair was matted over his eyes. His nails were horrifically overgrown. He had an enormous mat covering his butt. I bathed him and cut the hair away from his eyes. When he could finally see me, he seemed so scared.

I realized I needed professional help, and I brought him to two different groomers to get his nails and hair under control. It was the second groomer who noticed his ear infection. I also noticed he could barely walk, even after his nails got cut. 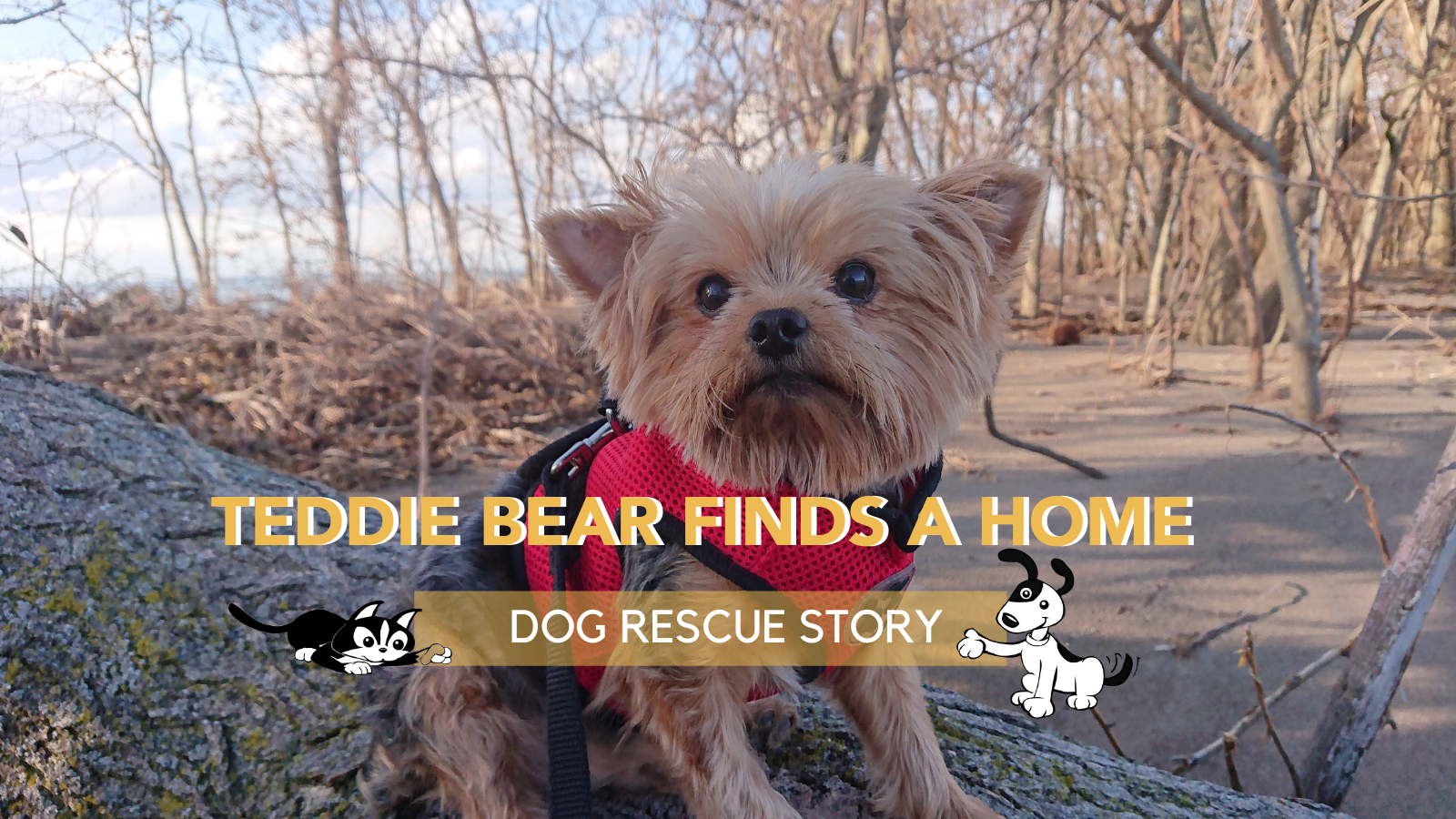 I cried so much that day.

Next, we were off to the vet. We learned Teddie has no feeling in his front paw, and he has hip dysplasia. The vet said Teddie’s paw probably got stepped on, and the injury wasn’t treated properly.

Teddie was also severely overweight and had a mouthful of rotten, loose teeth. We made an appointment to get his teeth extracted and worked on his weight. The vet estimated that he was around six- or seven-years-old.

We realized also that Teddie has bad allergies. It took almost a year to get his diet right. By the time we got his allergies under control, he had lost half of his body weight (through moderate diet and exercise), and he could now walk very far by himself.

I’m still so proud of how far he has come. He is such a sweet and spunky boy.

When we go for walks, I have to wrap his paw because he drags it. Sometimes he gets tired, and I scoop him up and put him in my backpack. We go hiking all the time, and it’s crazy how far this little disabled dog can walk. He goes uphill, hops over fallen trees and gallops through tall grass. It’s crazy looking back at how much he has transformed since we brought him home.

Teddie never leaves my side, and he is going to be spoiled for the rest of his days.

Share your Dog or Cat Rescue Story with us.