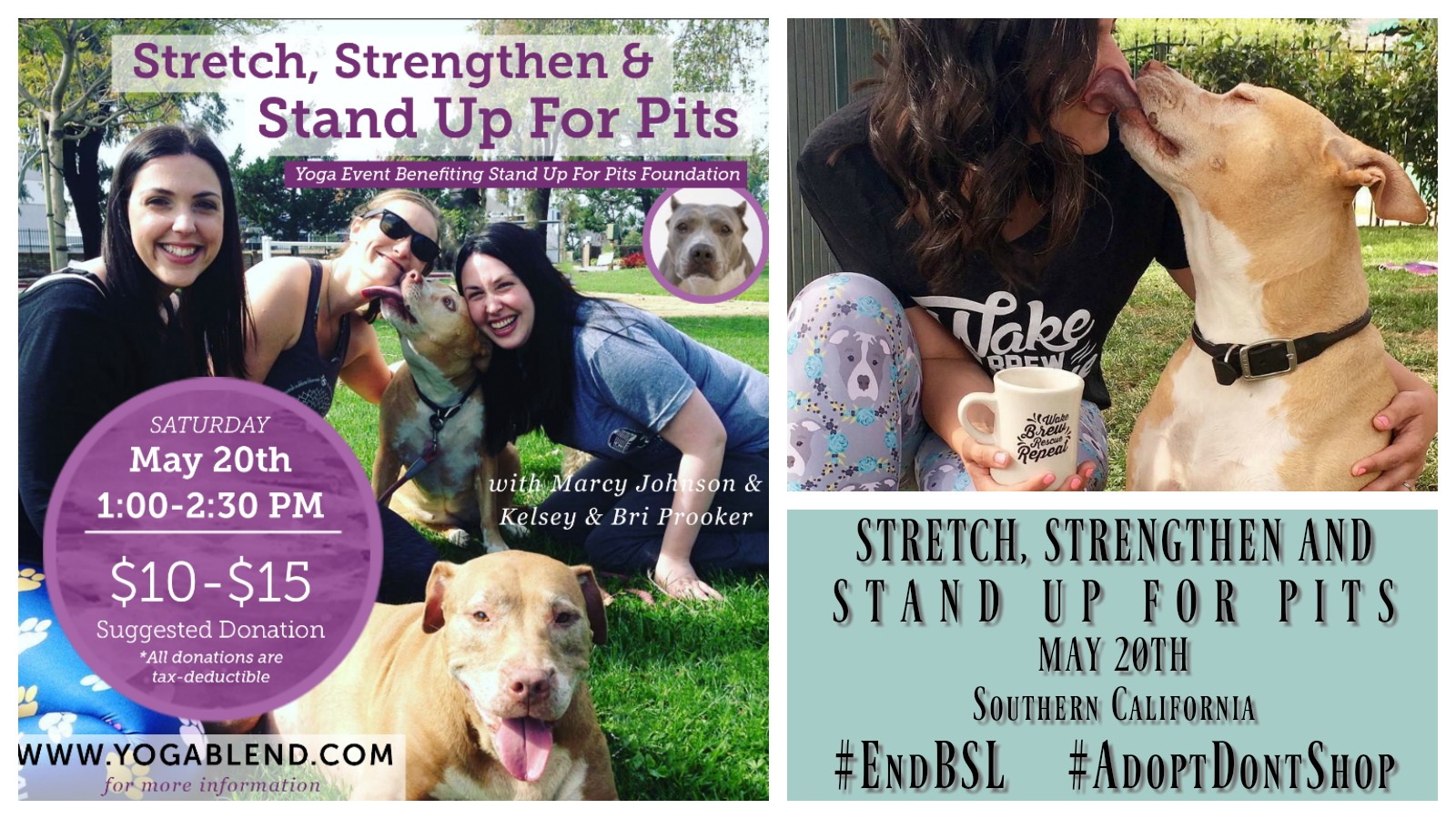 Sisters Brijana and Kelsey Prooker believe it was divine intervention that led them to their current home in Burbank. They were meant to be there when Ivy, a sweet, sassy, lovable Pit Bull wiggled through their gate and took up permanent residence in their hearts — and home. Ivy inspires everything Brijana and Kelsey do, including their current charity yoga event to raise awareness about the gravely misunderstood Pit Bull “type”. 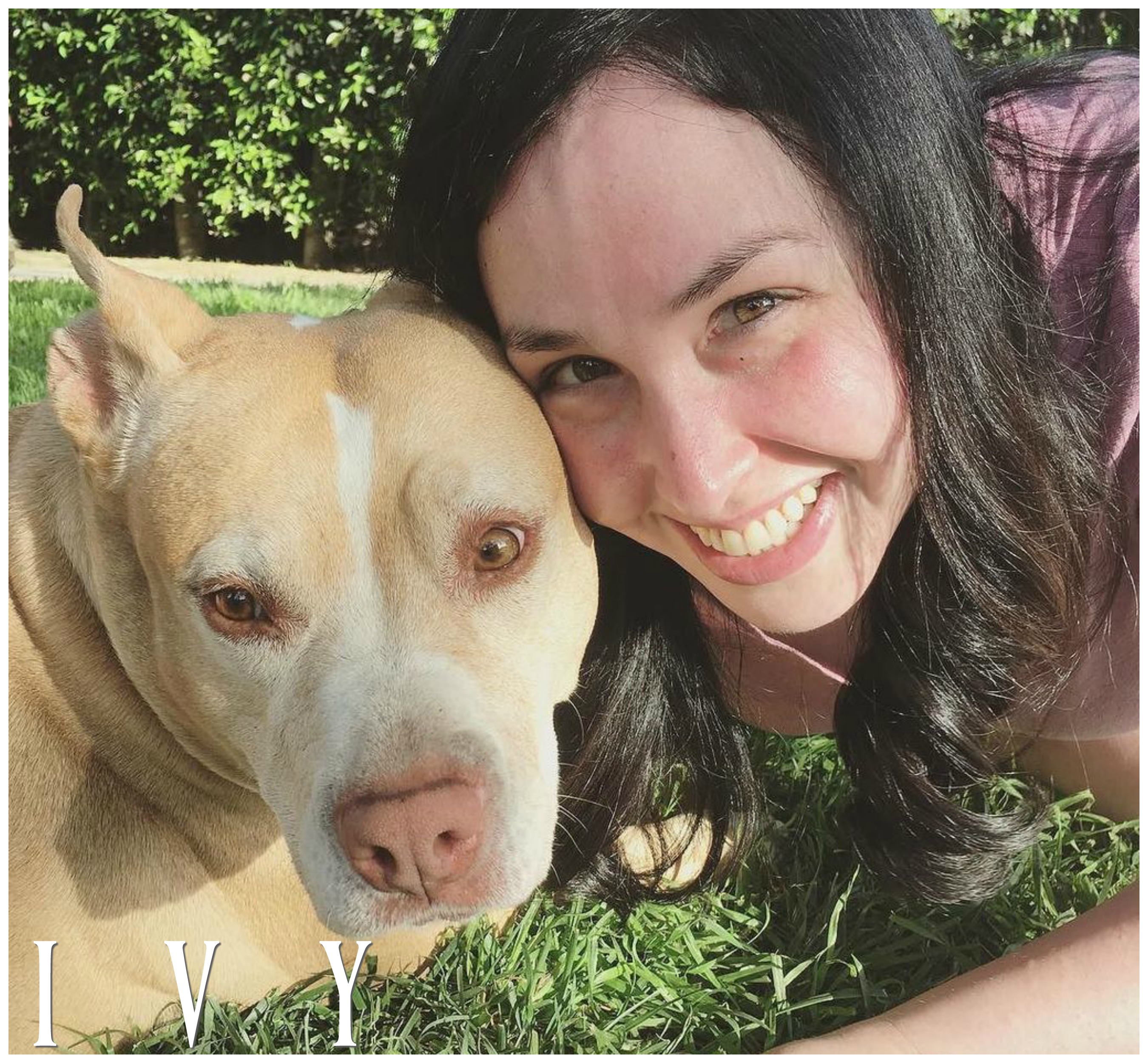 Stretch Strengthen And Stand Up For Pits is happening at Yoga Blend in Burbank on May 20th from 1-2:30pm and features an all-levels gentle Vinyasa flow yoga class taught by Marcy Johnson, a 500 hour Yoga Alliance certified yoga teacher and the proud mom to a three-legged pit bull princess named Marley. All proceeds from Stretch, Strengthen and Stand Up For Pits will benefit the Stand Up For Pits Foundation, a nonprofit organization founded by comedian and animal rights activist Rebecca Corry, dedicated to ending abuse and discrimination of Pit Bull “type” dogs. 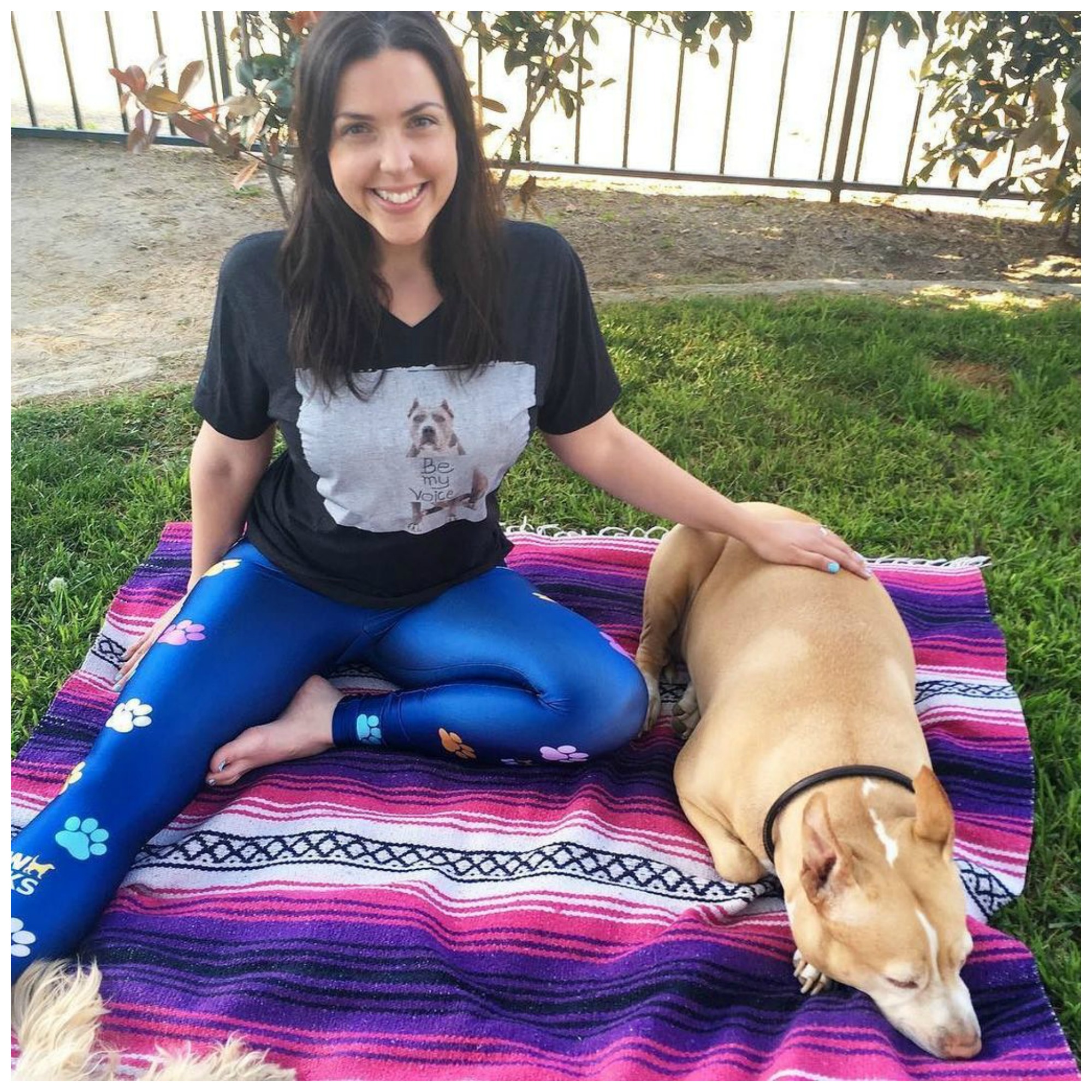 “For those who don’t know, there is no such breed as a Pit Bull. Rather, the term ‘pit bull’ encompasses multiple breeds and is based more on body type than genes,” says Kelsey Prooker. “Ivy is a Staffordshire terrier mix and is deemed a pit bull ‘type’ because of her big head and lean muscles. I say she’s a pit bull ‘type’ because of her velvety fur, her sensitive, kind-hearted nature and the fact that nothing makes her happier than giving squishy kisses. Before adopting Ivy, I had no idea that pit bull ‘type’ dogs are the most neglected, abused and mistreated ‘type’ of dog in America. Shamefully, because of this, they are also the most feared, hated and regulated.” 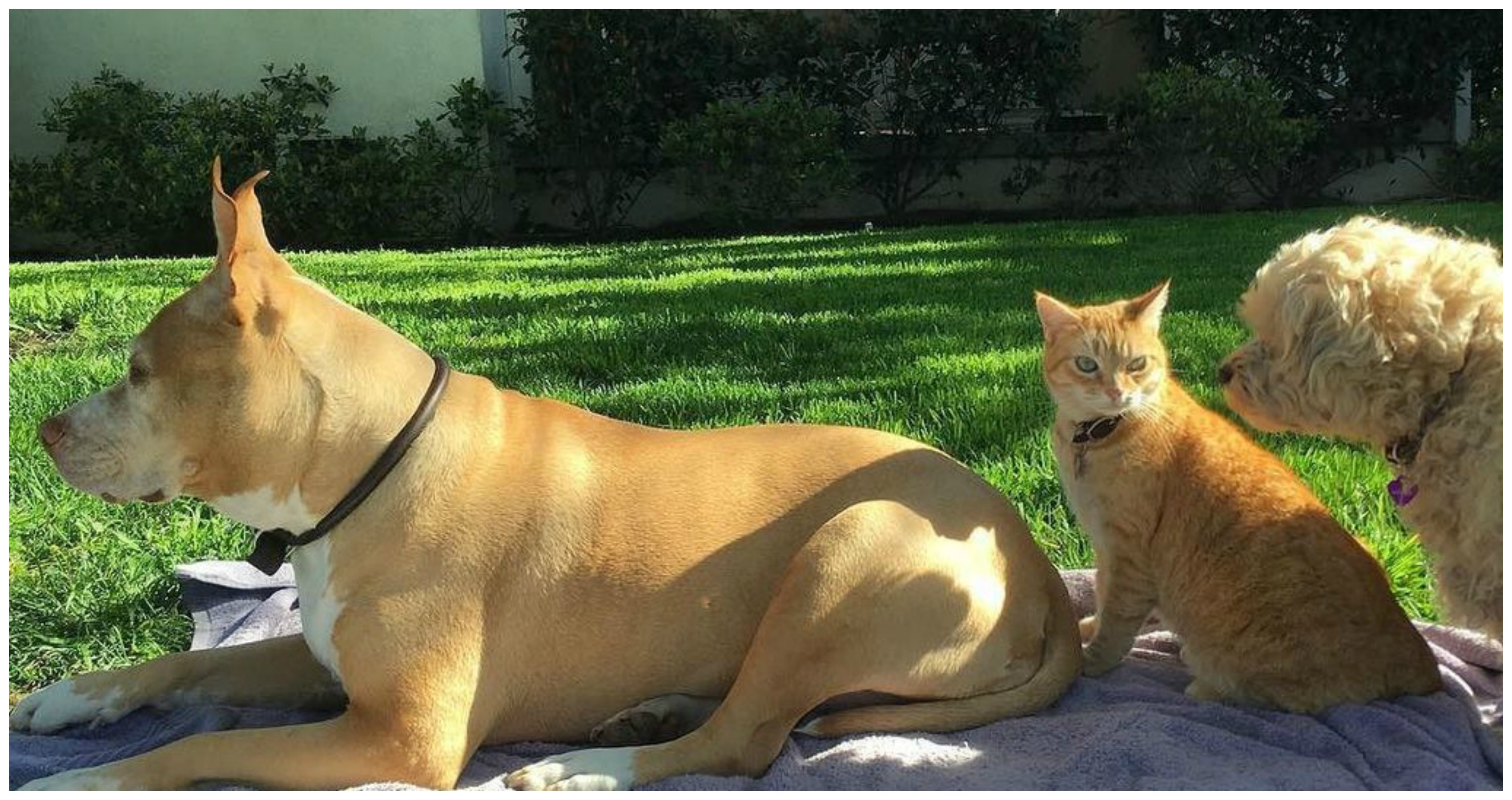 Brijana Prooker says “When we adopted Ivy, people would cross the street when they saw her, parents would shield their children, and hateful words and obscenities would be yelled at us from across the street and come out of nowhere. We’d be walking and laughing, Ivy would be wiggling and smiling, and suddenly we’d be accosted by hate. We quickly did our research and became passionate Pit Bull advocates, determined to do everything we can to make the world a better, kinder place for Ivy and those like her.” 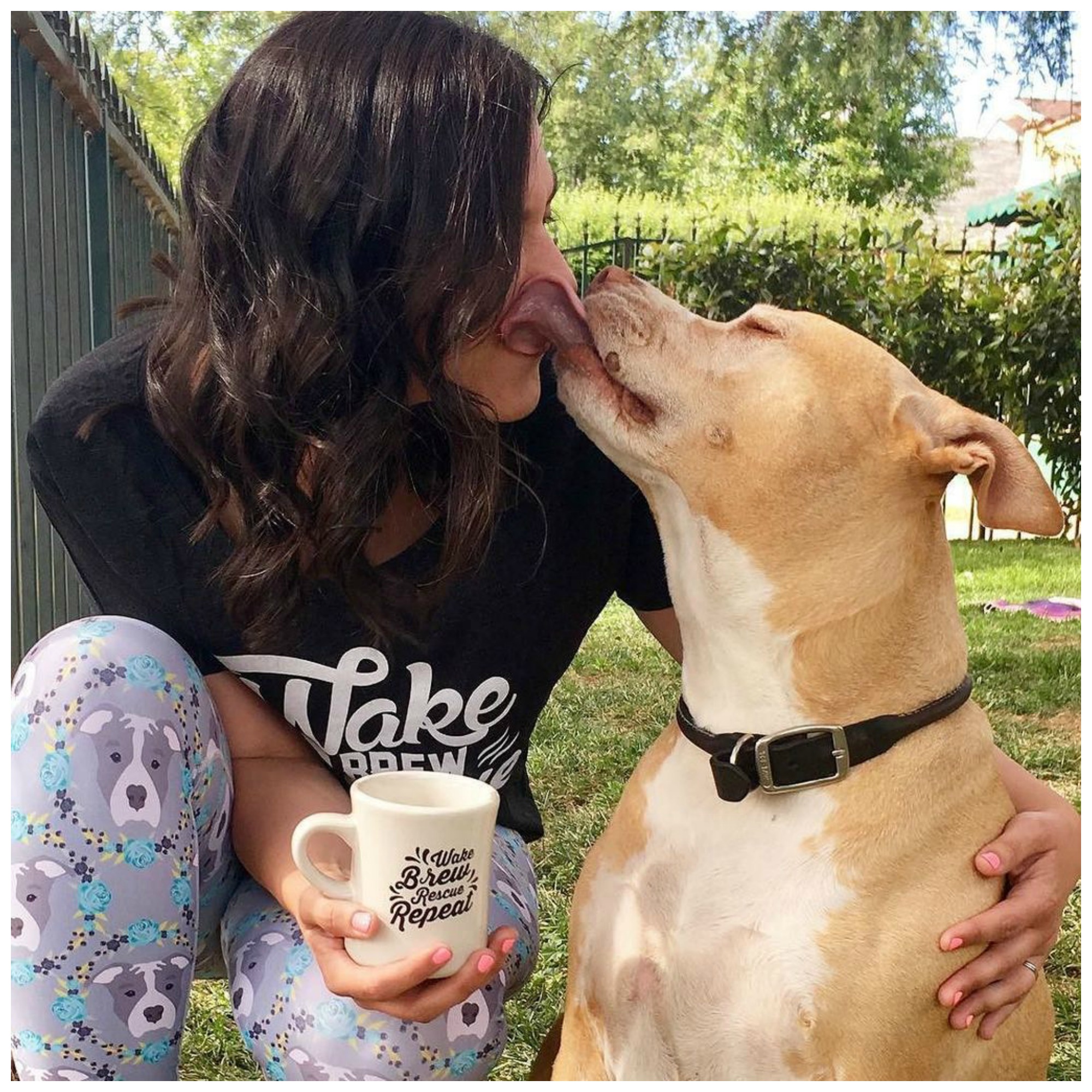 Brijana and Kelsey run a brand storytelling and creative marketing firm with their mom — and CEO — Katherine Kotaw, called KOTAW Content Marketing. The mother-daughter-daughter-pit team is also the creator of “Pit Bulls and Personal Branding,” the philanthropic extension of their business dedicated to spreading Pit Bull love through the magic of storytelling.  They frequently post pictures of Ivy cuddling with their two other adopted animals — a poodle-mix named LuLU and a cat named Doosis — and tell stories about Ivy nursing stray cats and gaining the trust of lost dogs so she can help them reunite with their families. 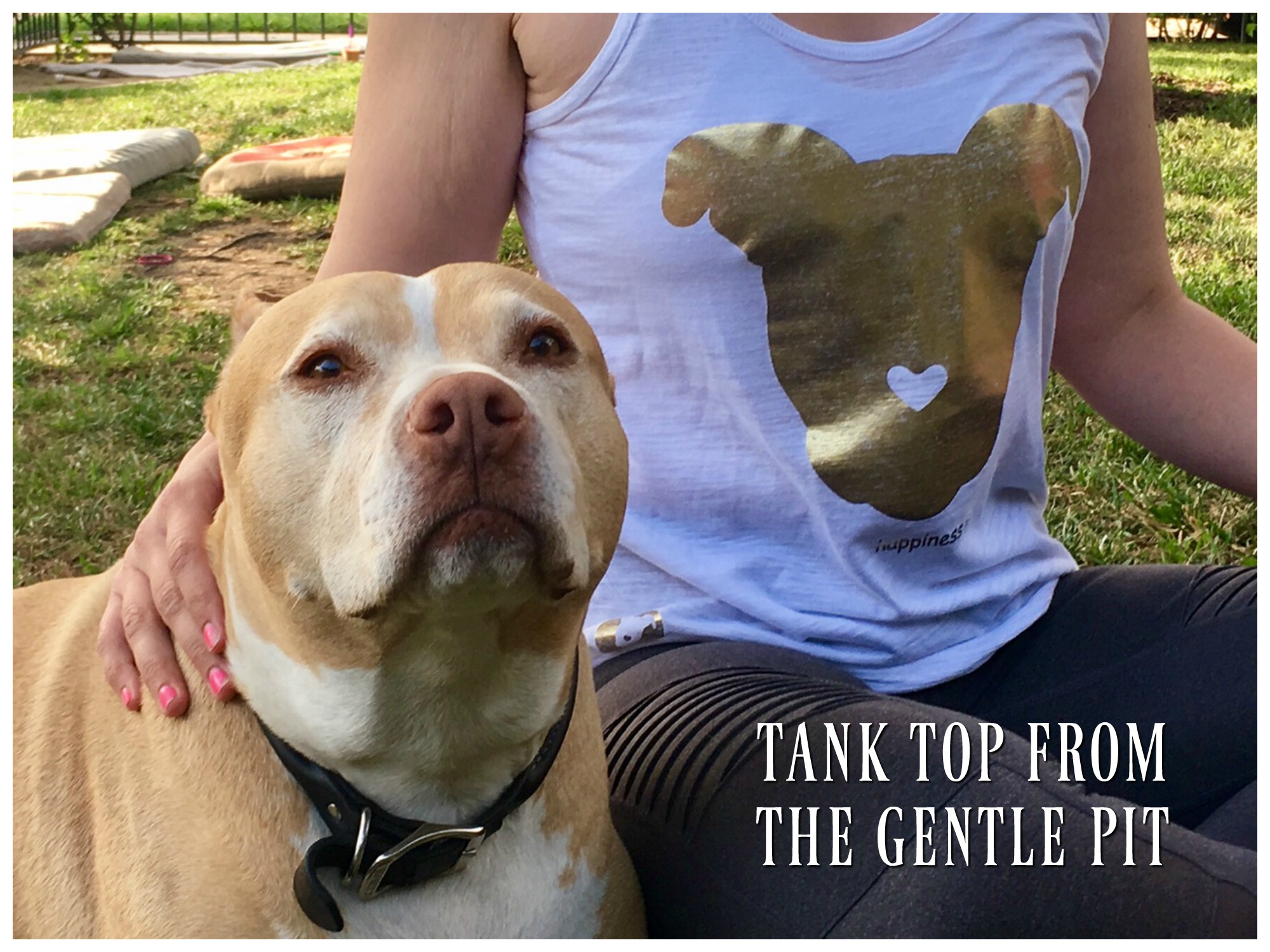 “When Kelsey wrote to me asking for Yoga Blend to host a charity yoga class benefiting Stand Up For Pits, I immediately wanted to volunteer my time to teach the class,” says Marcy Johnson, who is also a manager at Yoga Blend. Marcy obtained permission to host Stretch, Strengthen And Stand Up For Pits from Yoga Blend owner Christy Marsden, who was thrilled to help make it happen. 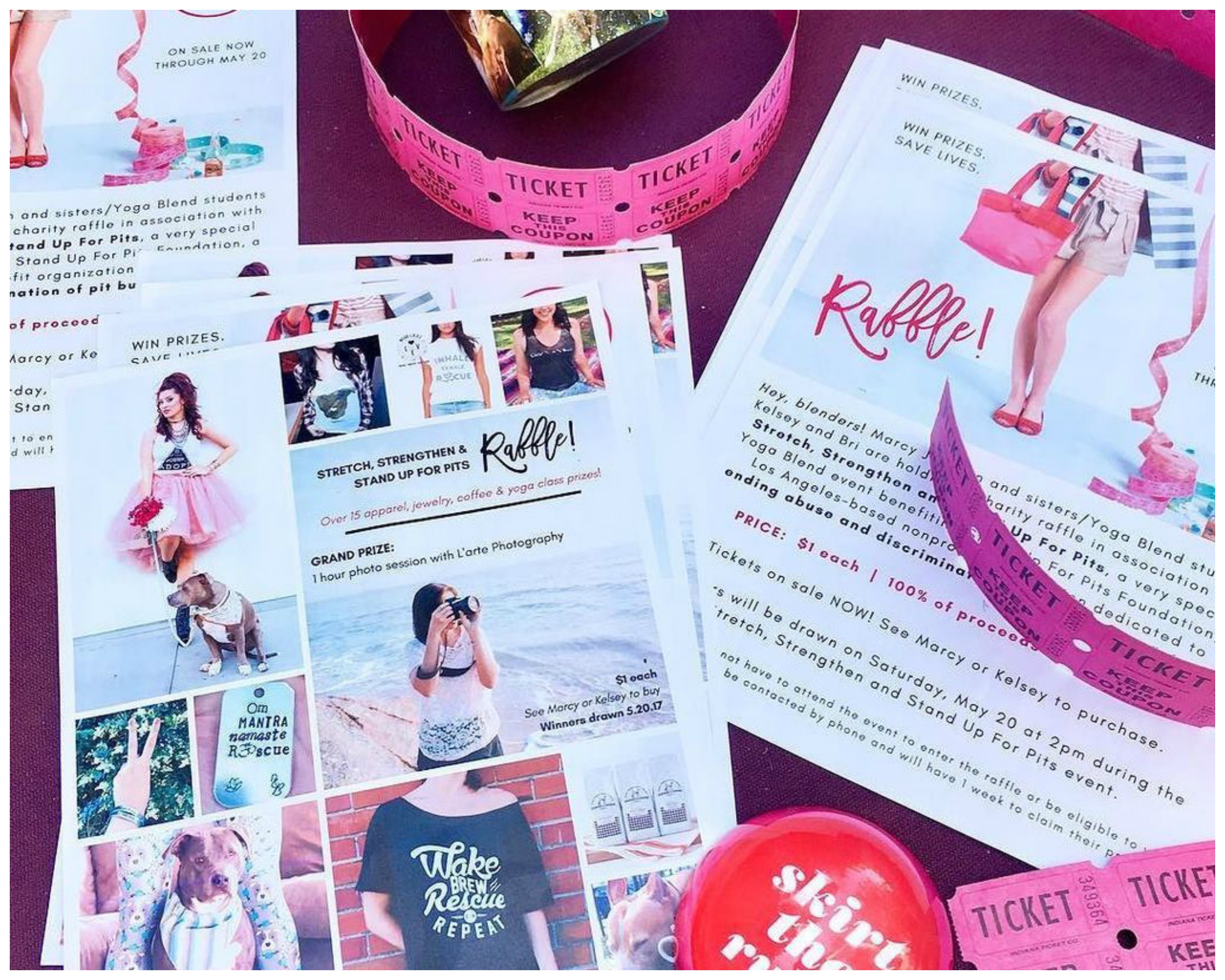 Christy is magnanimously donating a pack of five free yoga classes as part of a raffle being held during the charity yoga event.  Raffle tickets will be sold for $1 each and all money collected will go directly to the Stand Up For Pits Foundation. 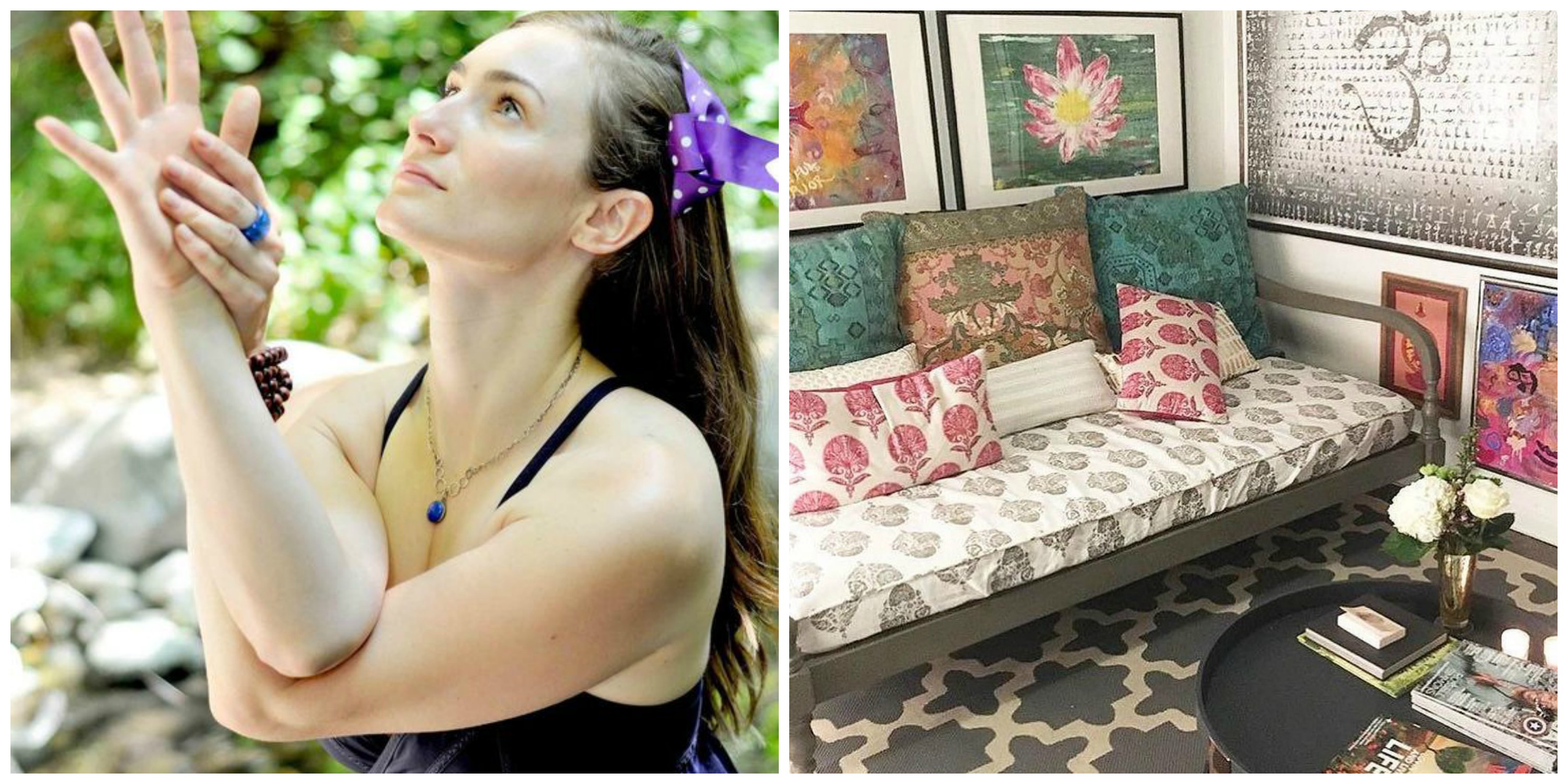 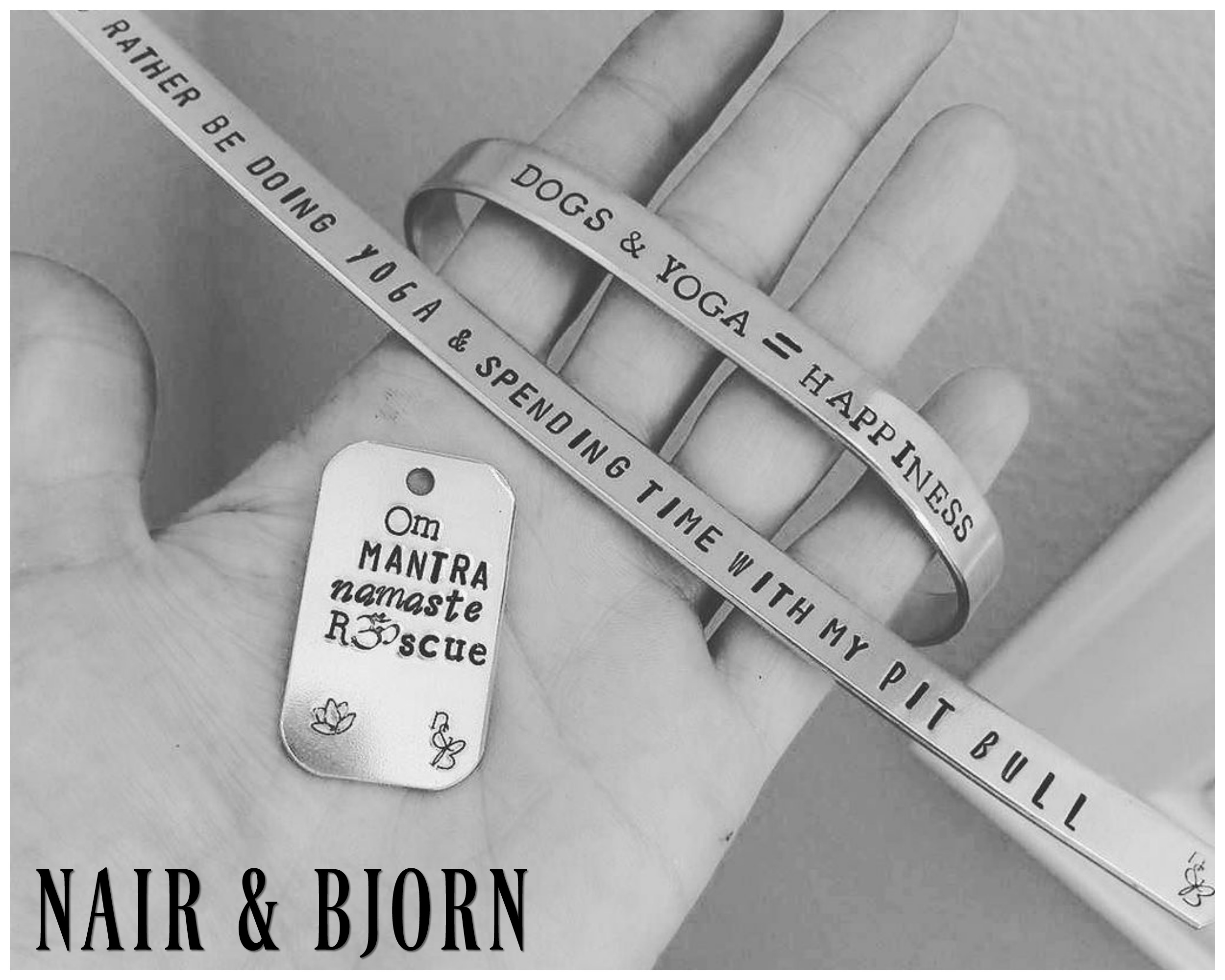 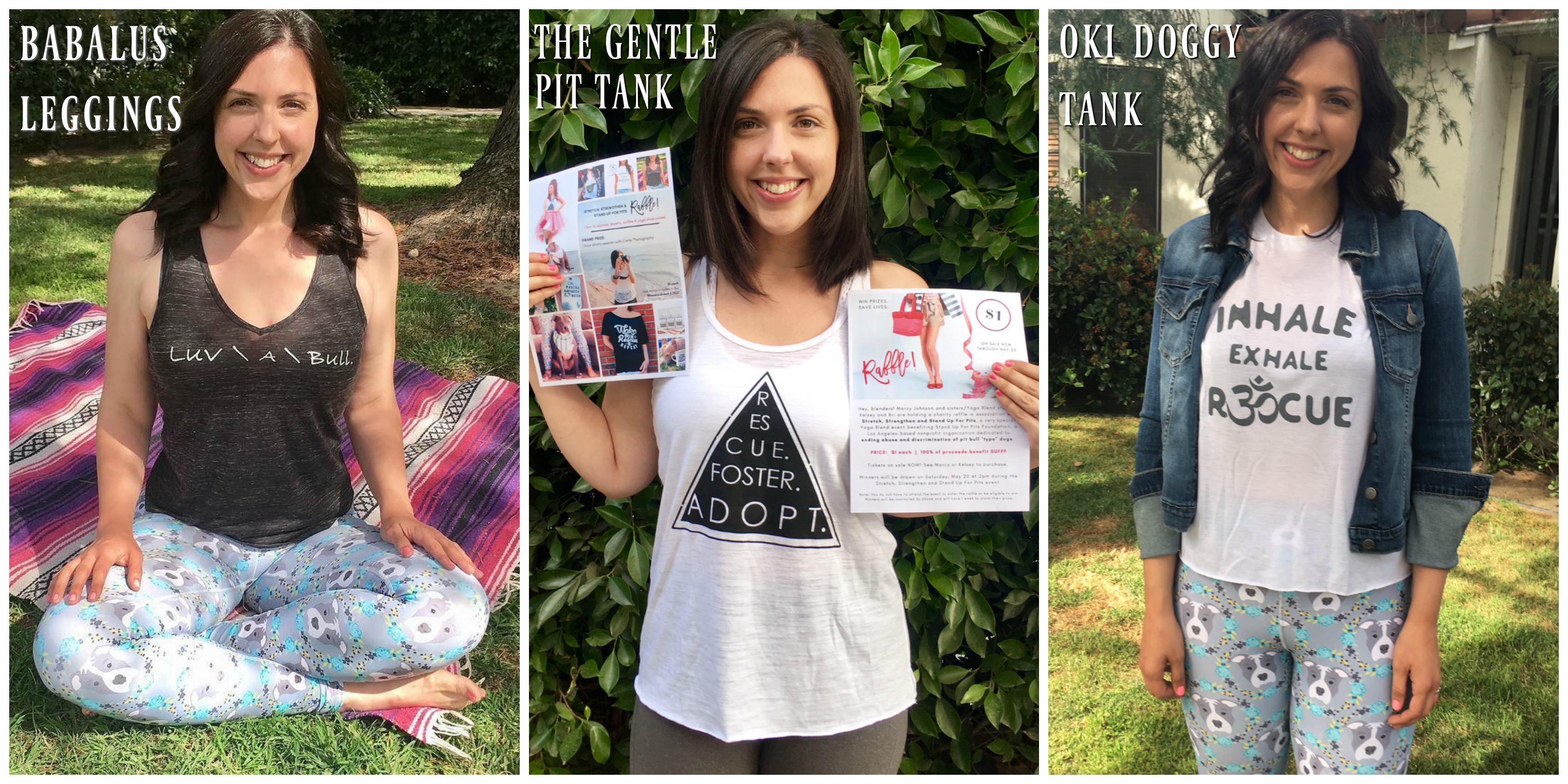 The grand prize is a one-hour private photo session with fine art photographer Laura Zecchin-Guse, owner of L’arte Photography, who regularly donates her time to local animal rescues and shelters, photographing adoptable dogs that are in need of forever homes. Laura is also donating a 16×20 inch print of one of her stunning black and white fine art photographs and will be photographing the Stretch, Strengthen And Stand Up For Pits event. 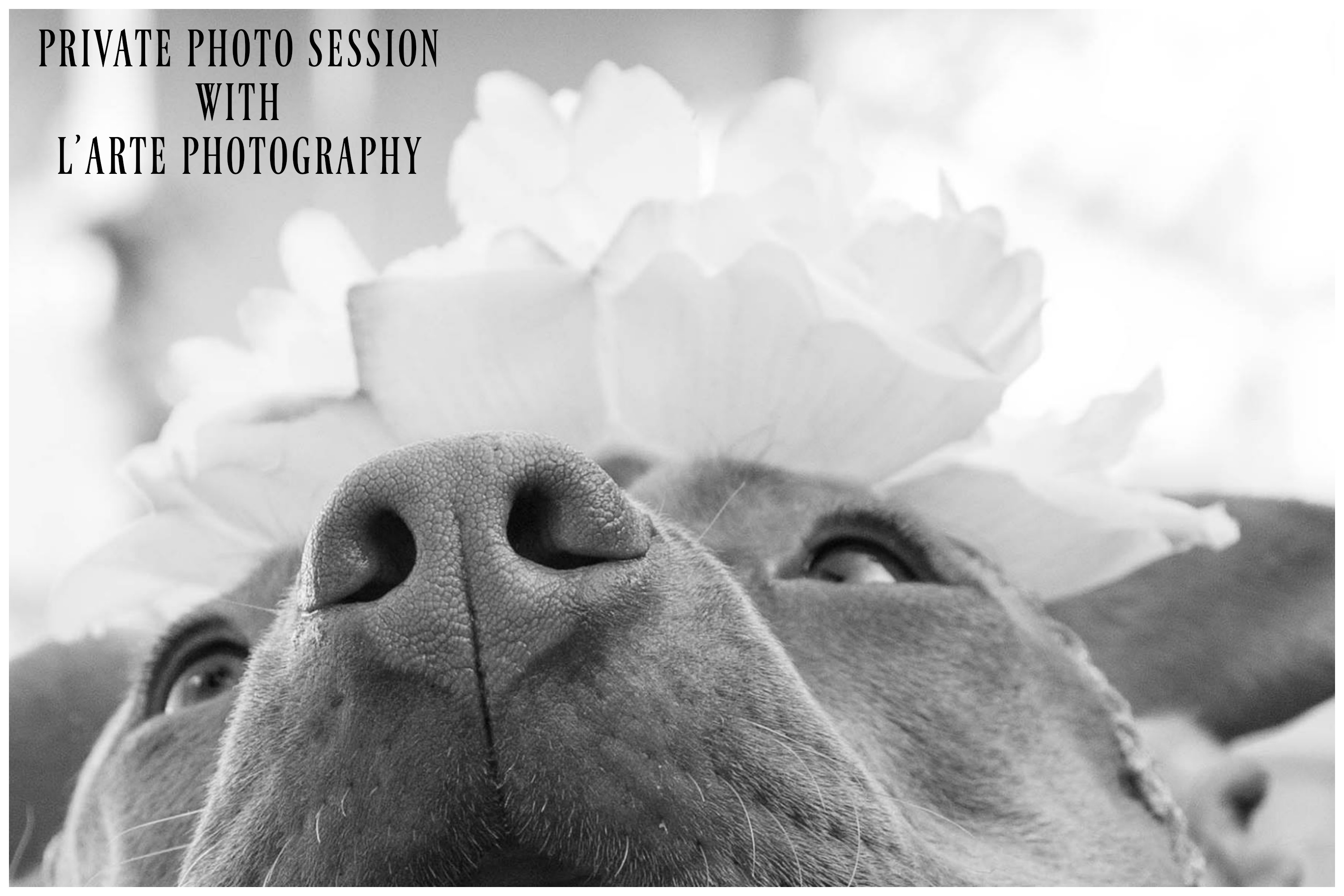 The suggested donation to attend Stretch, Strengthen And Stand Up For Pits (a human-only event) is $10 to $15 per person at the door, but no one will be turned away due to lack of funds.  Sign up to reserve your spot. 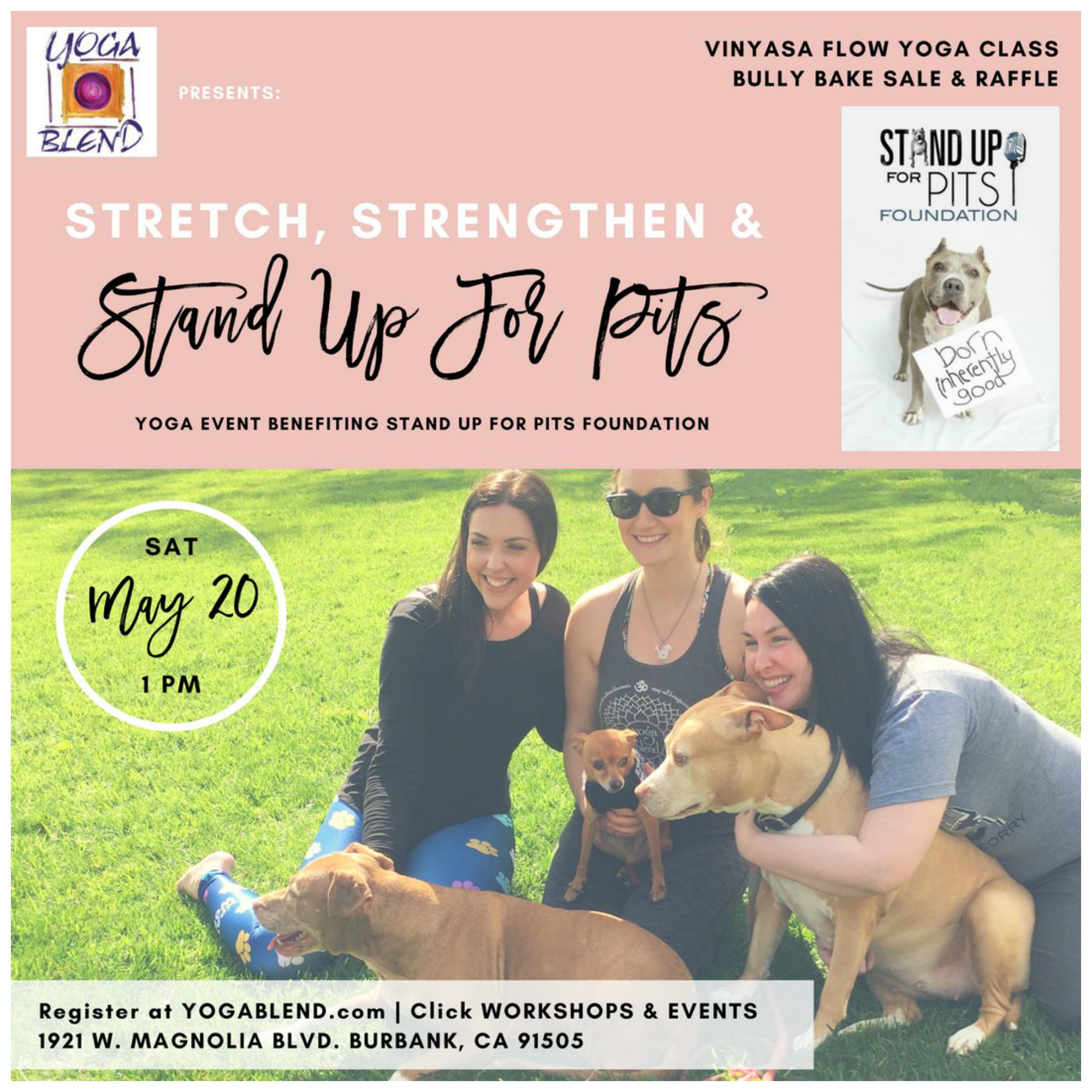 The Stretch, Strengthen And Stand Up For Pits event also includes a Bully Bake Sale.  Sisters Brijana and Kelsey insist that “calories don’t count when consumed for charity.”

Sign up to Stretch, Strengthen, and Stand Up for Pits HERE