We caught up with the creators of BOOP Training Peanut Butter Tube Treats because what better way to celebrate National Peanut Butter Month than by hearing a story about an adorable puppy named Donut and his parents and their tasty treat!

Q: How did you come up with the idea for BOOP?

A: We brought home a mini-Aussie named Donut in 2016. Donut changed our lives from the minute he walked in the door. Coming home to his tail nub wagging furiously was the highlight of our days. He learned so fast and was incredibly sweet with everyone he met. 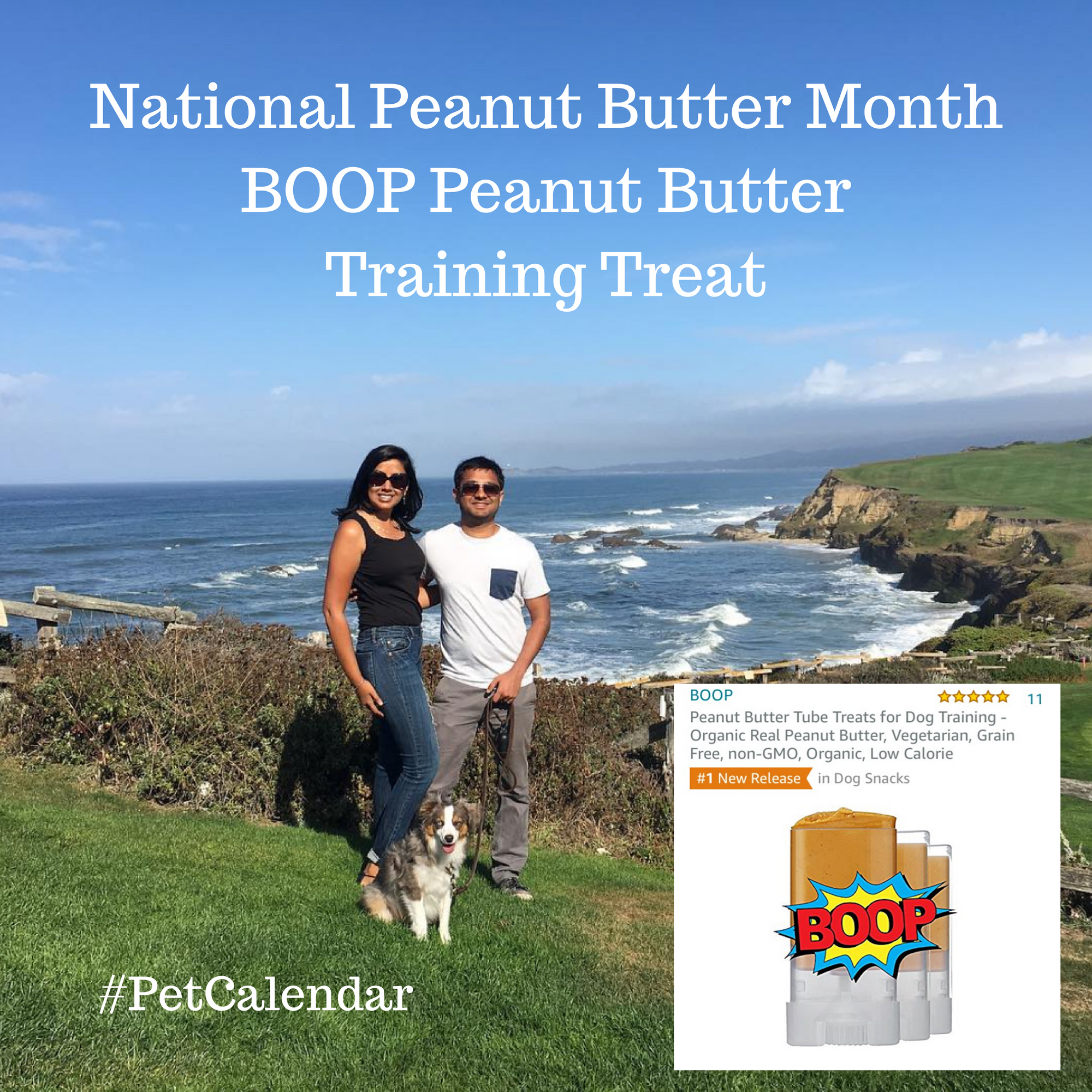 At about ten-months-old Donut started barking at people on walks. He always hated the sound of loud motorcycles, but his barking got so bad that walking him became near impossible. Things escalated when he nipped someone. He was with some friends at the park when he got aggressive and nipped someone standing at the outskirts of the park. We were mortified. The last thing we wanted was for Donut to be a danger to others or himself.

A behaviorist prescribed counter-conditioning. When we walked Donut we were to give him a treat as soon as he saw a trigger. Over time he’d associate treats with triggers and stop reacting negatively to them.

Unfortunately, we live in the middle of a busy city and Donut’s trigger was other humans.

Walks became a flurry of managing the leash, poop bags and fumbling with a bag of treats. We needed a more convenient way to give our dog high value treats rapidly and in quick succession.

We thought about putting biscuits in a fanny pack, treats in a Pez dispenser, or using a can of Cheez-Whiz. None of these options worked or were healthy. Then it dawned on us – what if we could give him a lick of his favorite treat, peanut butter, in a way that was clean and easy to do?

And so BOOP was born, It’s peanut butter dispensed from a tube – the world’s most obvious pet treat.

BOOP peanut butter sticks worked like a charm on Donut. When Donut saw a trigger we’d give him a lick of peanut butter. The sticks are pocket sized but last for well over 100 licks.

After using them for a few days, Donut quickly started associating new people with a “peanut butter yummy” feeling.

A: People saw us using them and over time we had folks from all over asking us if they could buy some for their own dogs. We decided to make a small batch of them to see if they could help other pet parents.

If you’re feeding your dog a treat, make certain he isn’t getting too many calories in a day. You don’t want an obese dog because that could lead to diabetes and other health issues.

Don’t EVER feed your dog sugar-free peanut butter as it may contain xylitol — that is deadly for dogs.

Use peanut butter (such as BOOP) in your positive reinforcement training. BOOP Training Treat is high quality, organic and non-GMO.

Find out more about Donut and his “parents” Neeti and Navin on their website.