September 28, 2018 is World Rabies Day. It’s a day to raise awareness about rabies and the major concern it raises worldwide.

Rabies kills tens of thousands of people annually. In the United States alone, one to two people die annually, and there were close to 5,000 reported cases of rabies in the U.S.

Launched in 2007, World Rabies Day is a day set aside to raise awareness about the impact of rabies in humans and animals.

Rabies remains a major concern worldwide, killing tens of thousands of people every year. In the United States, one to two people die annually, and there were more than 4,900 reported cases of animal rabies in the U.S. in 2016.

World Rabies Day, launched in 2007, aims to raise awareness about the public health impact of human and animal rabies. 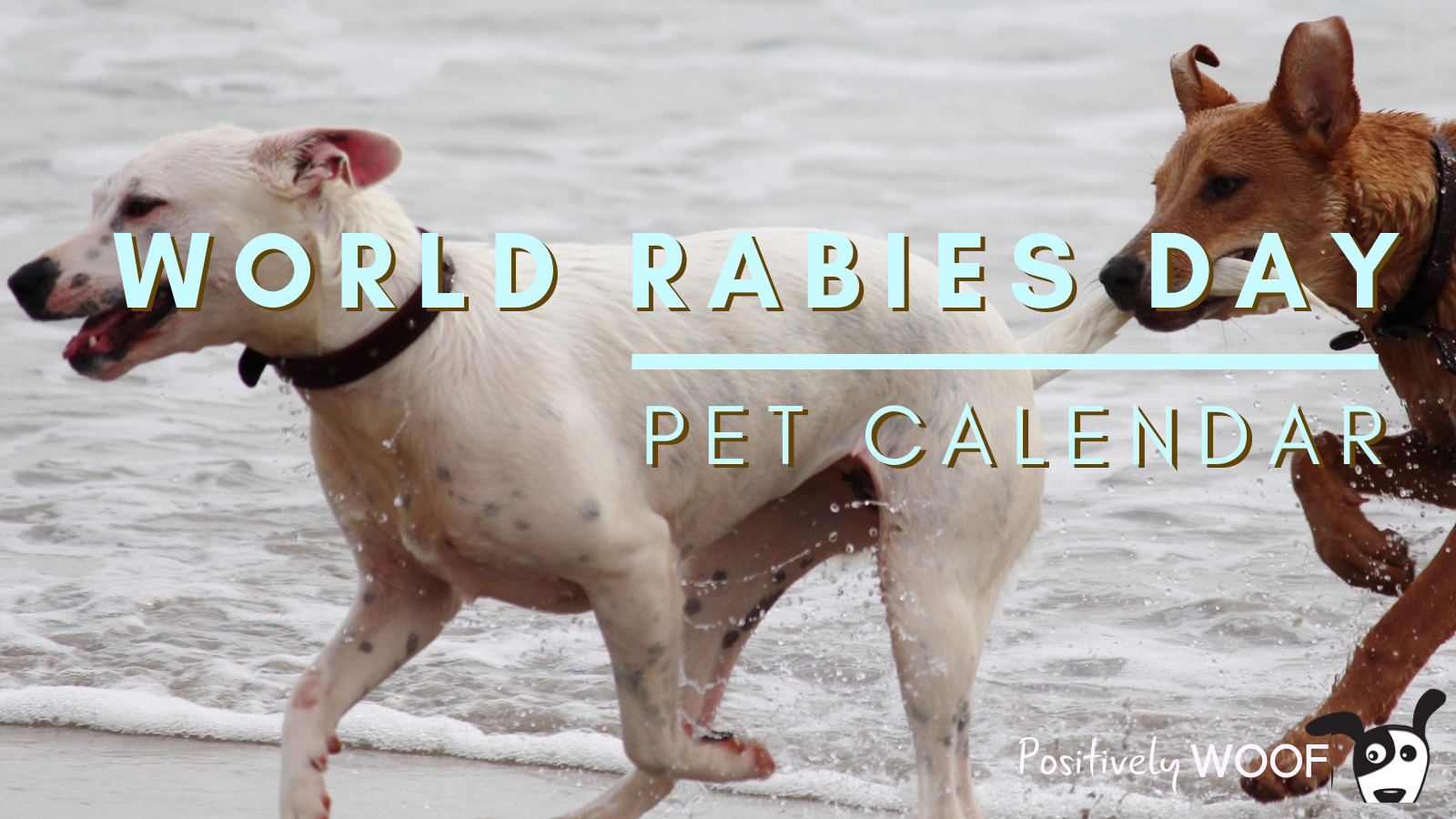 What can a pet parent do?

As a responsible pet parent you should vaccinate your animals and do your best to protect your pets from wildlife that might carry and/or spread the disease.

Consider that rabies is 100% preventable if your pet is vaccinated. Talk with your veterinarian about vaccinating your pet. If you want to eliminate some of the need for vaccines, many pet parents request a titer test to determine if their pet has antibodies in their system that might prevent the need for a vaccine. Vaccinating and titer testing is a personal decision.

Do you vaccinate your pets? Does the area of the country in which you live require vaccination? How did you decide whether to vaccinate or titer test your dogs and/or cats? We’d love to know. Share on our Facebook page.

The theme for World Rabies Day 2018 is “Rabies: Share the message. Save a life.” The theme and the day, highlights “the importance of education and awareness to prevent rabies.”

Read the rest of the September Pet Calendar.