Corinne D’Ambrosio and Barbara Telesmanic volunteered together for Pinups for Pitbulls years ago, and made up their “California street team”. Pinups for Pitbulls was based in Philadelphia, and it was difficult getting merchandise and educational material to and from the East Coast/West Coast. Because of this logistical problem, Barbara and Corinne both decided to start their non-profit organization, SoCal Pitbull TEAM. 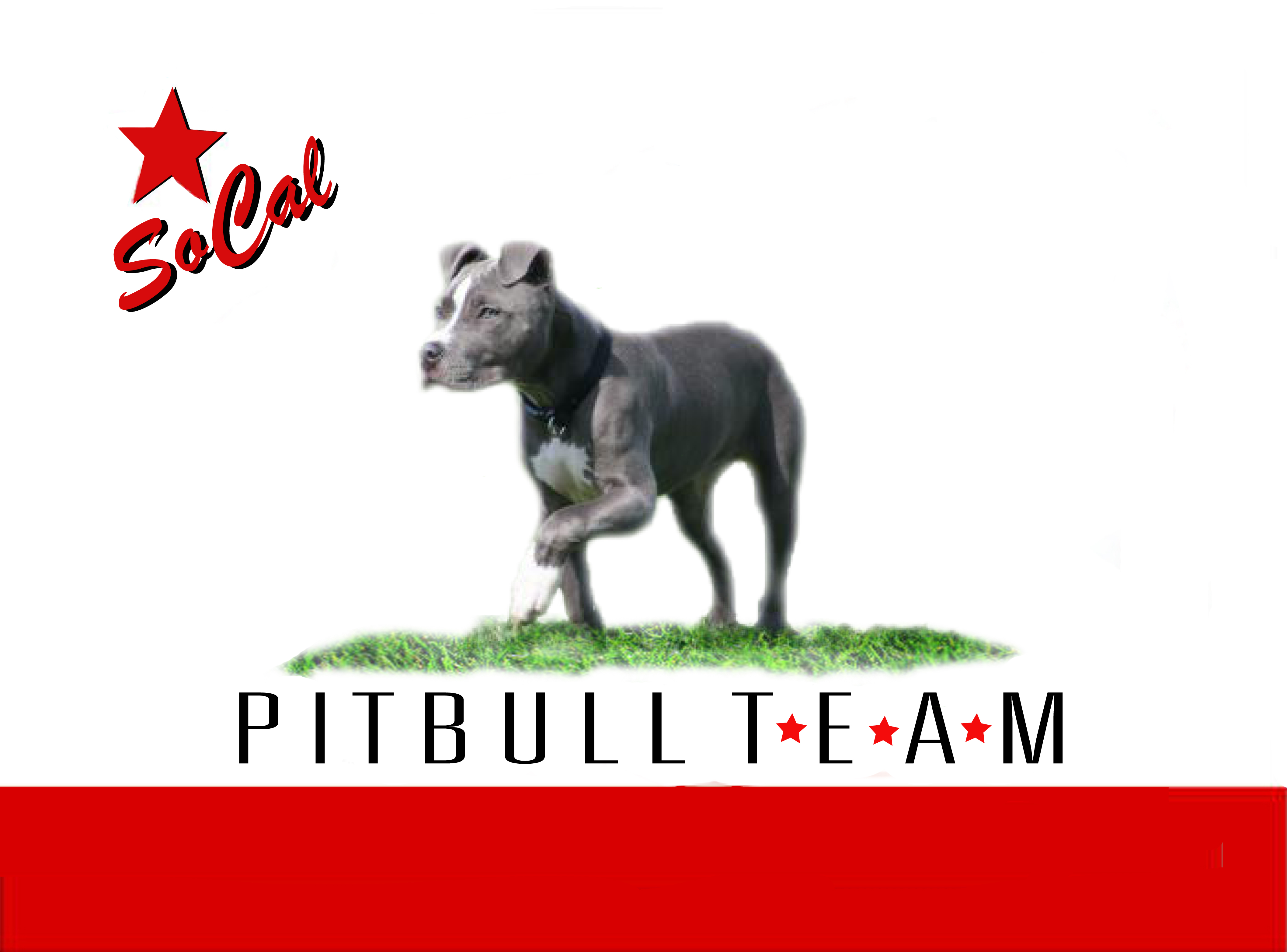 They had a shared vision, a mutual drive, a need to help dogs locally, and a desire to “be their voice”. Corinne and Barbara wanted to see first hand the dogs that needed help, in addition to presenting themselves as a resource for the Southern California community.  SoCal Pitbull TEAM’s vision “…is of a world in which Pitbulls and their guardians are treated fairly and without discrimination, and where bully breed type dogs thrive; taking their rightful place as loving family pets.” 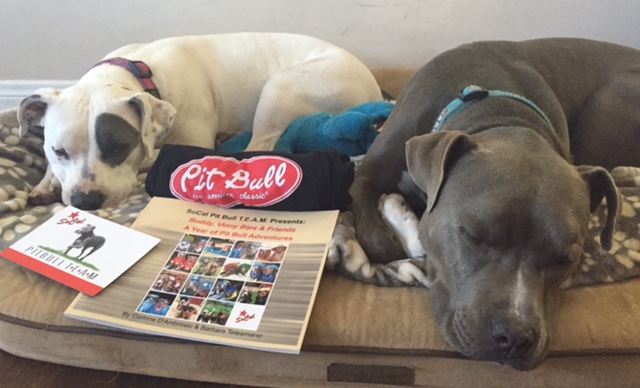 Most of what SoCal Pitbull TEAM does revolves around advocacy and education. They want to inject some truth into the public perception of pit bull type dogs to increase adoptions by everyday people and families. They work to end Breed Discriminatory (Specific) Legislation and dog fighting.  Recently, they put together a thirty-minute documentary for decision makers in Southern California communities, as part of an educational outreach program to change policies at the local and corporate level: 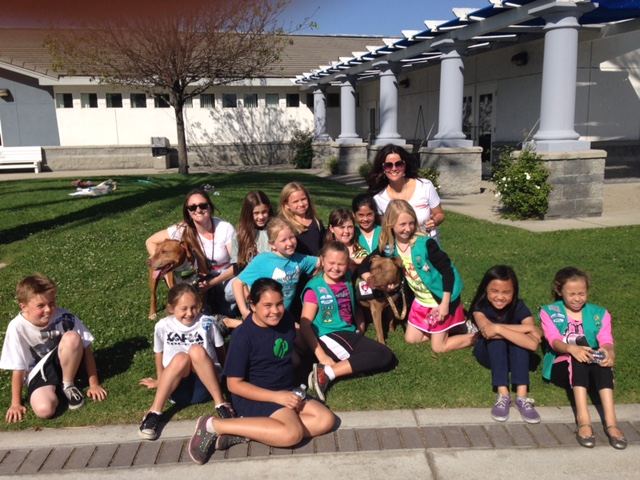 Within the last few months, SoCal Pitbull TEAM has become involved directly with efforts to inject some much needed funds and hands-on assistance to one of the most underfunded, overcrowded shelters they have yet to come across in Southern California. They have launched a fundraising campaign to repair and replace flooring, as well as install new kennels at the El Centro Shelter, part of the Humane Society of Imperial County (just outside of San Diego, close to the Mexican border).  They are almost ¼ of the way to our goal of raising $8500, and they are about to launch a donation matching push to meet their goal. 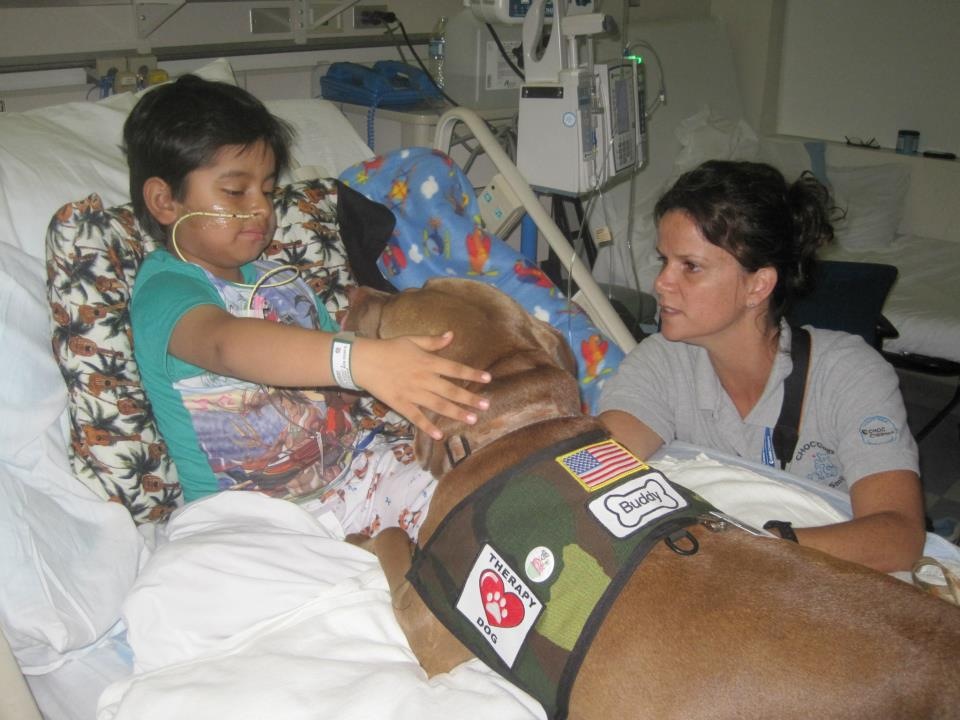 Over the years, SoCal Pitbull Team has had the pleasure of working and collaborating with several fantastic organizations including: Orange County Pitbull Rescue (they have co-sponsored two National Pit Bull Awareness Day events with them, as well as countless fundraisers), San Diego Pittie Parents, Stand Up for Pits Foundation (they co-sponsored The Million Pibble March on Washington, D.C and will have a booth at this year’s SUFP event in Hollywood on November 5th), Pinups for Pitbulls and True Fit Tattoo. 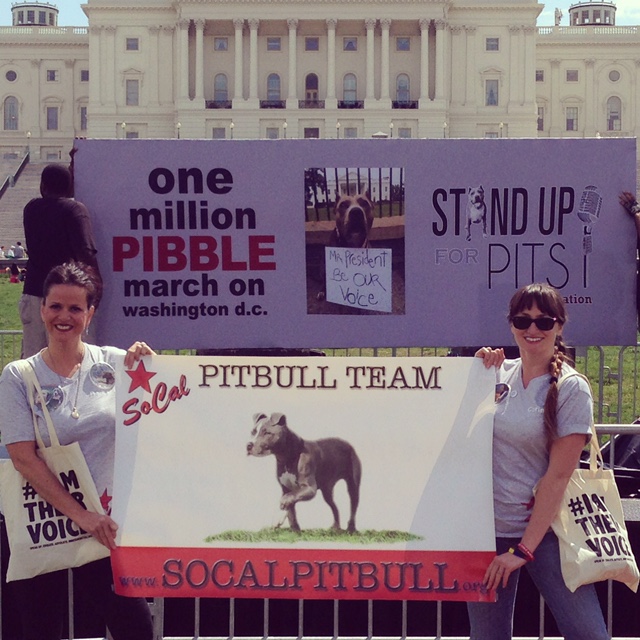 SoCal Pitbull TEAM will be participating in Pit Bull awareness events over the next two months, and would love to see you there!

November 5th:  Stand Up For Pits in Hollywood 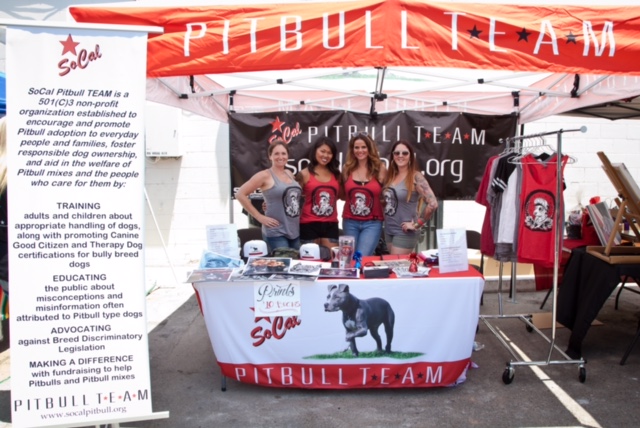 If you can not make the events and would like to get involved with SoCal Pitbull TEAM, go to www.socalpitbull.org and click their “Contact Us” tab!  You can also purchase from their online shop, where proceeds from your purchase benefit Bully breed dogs in need! 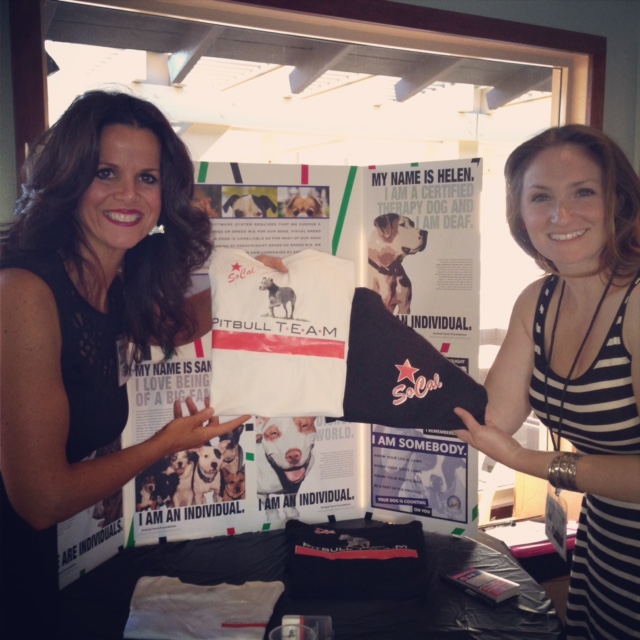 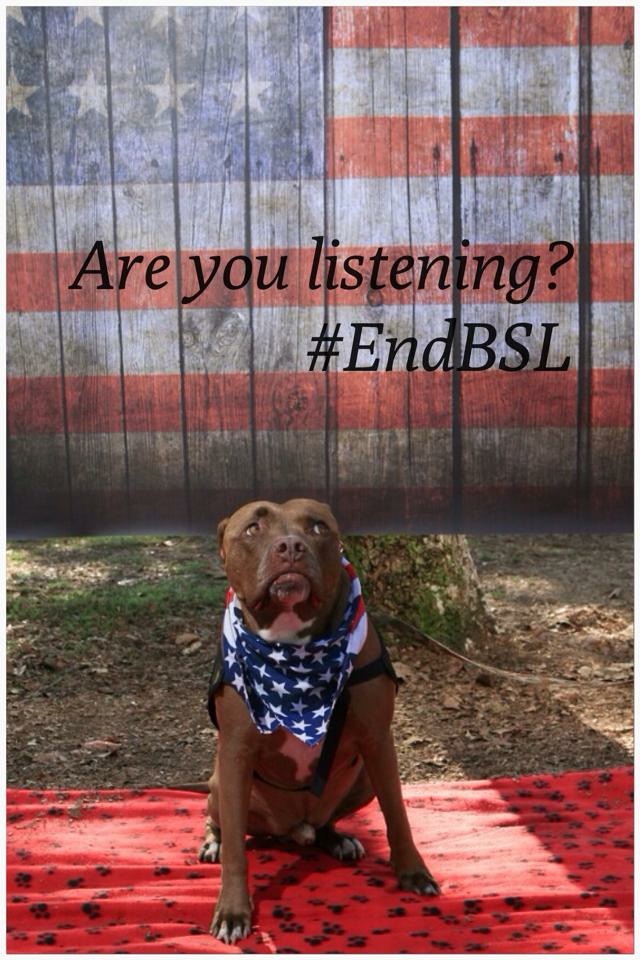 BARBARA, CORINNE AND THEIR HUSBANDS AT A STAND UP FOR PITS EVENT 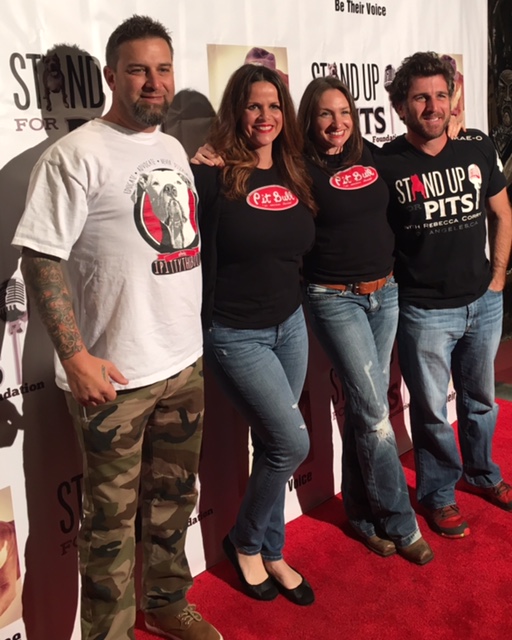 EDUCATING OTHERS ABOUT MISCONCEPTIONS & MISINFORMATION ATTRIBUTED TO PIT BULLS 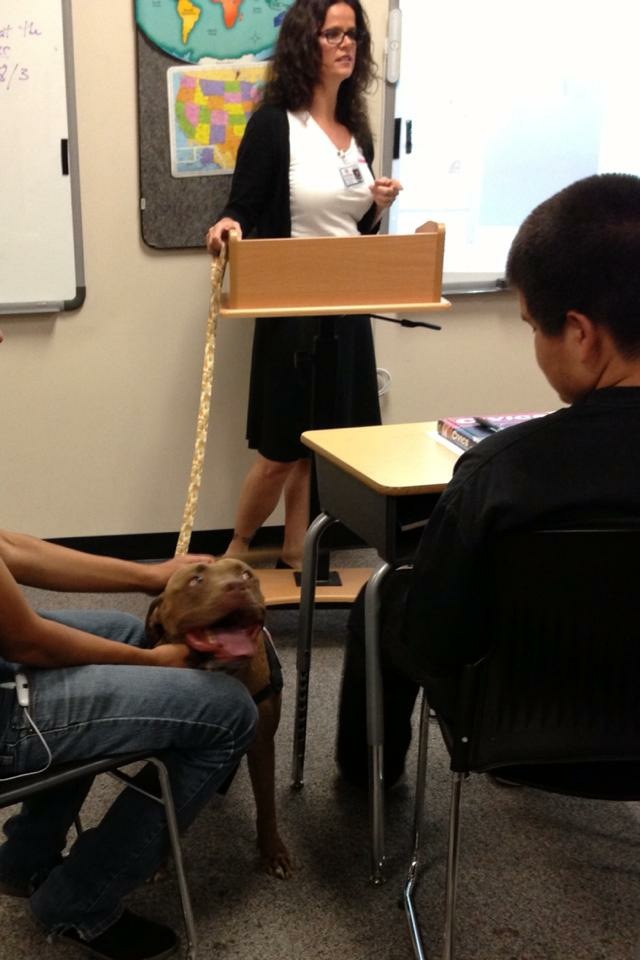 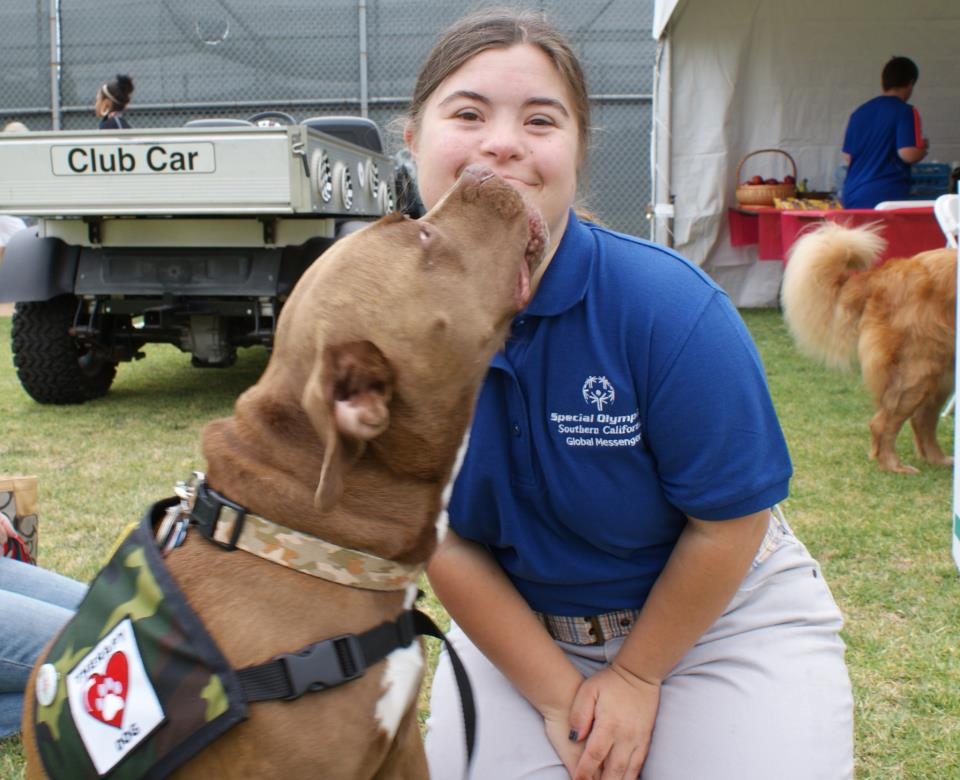 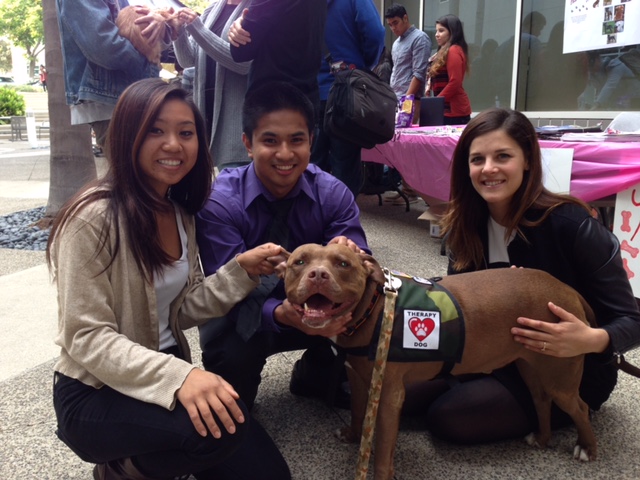 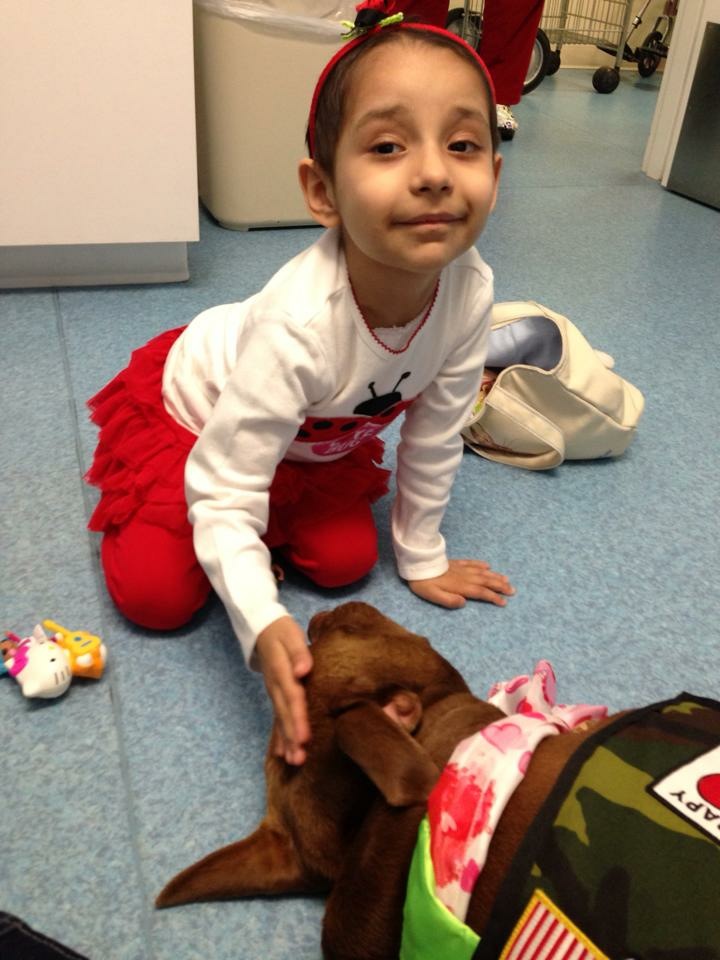 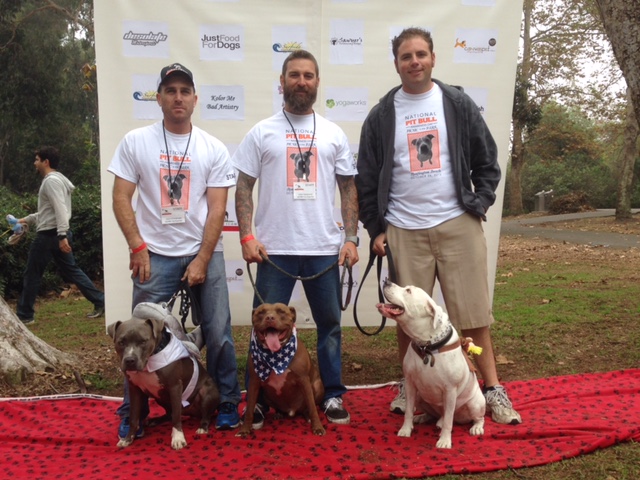 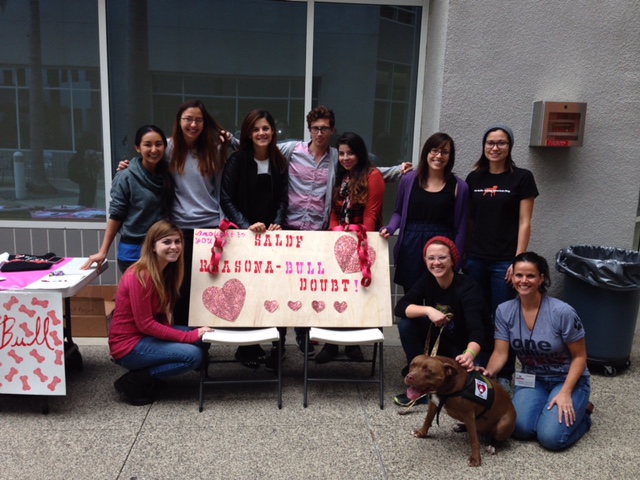 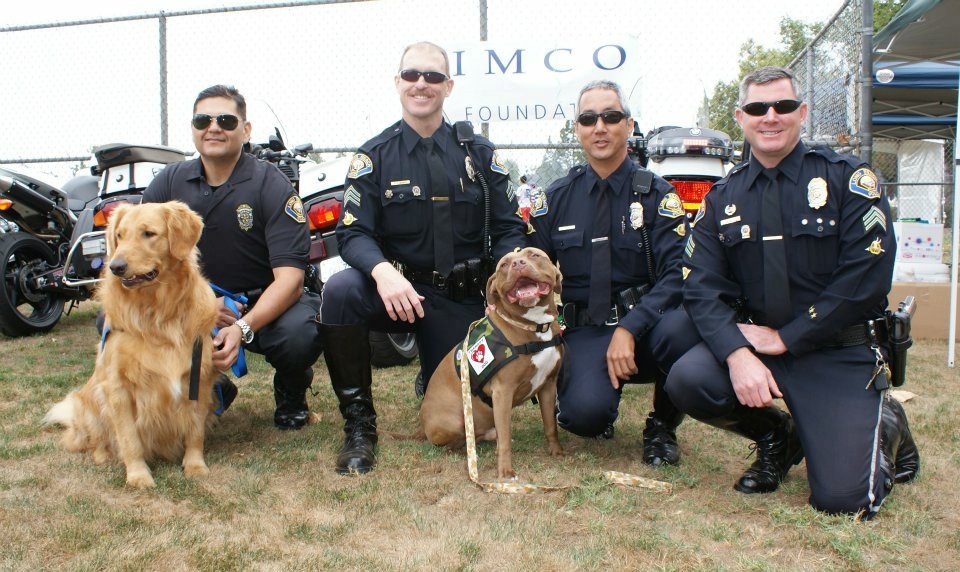 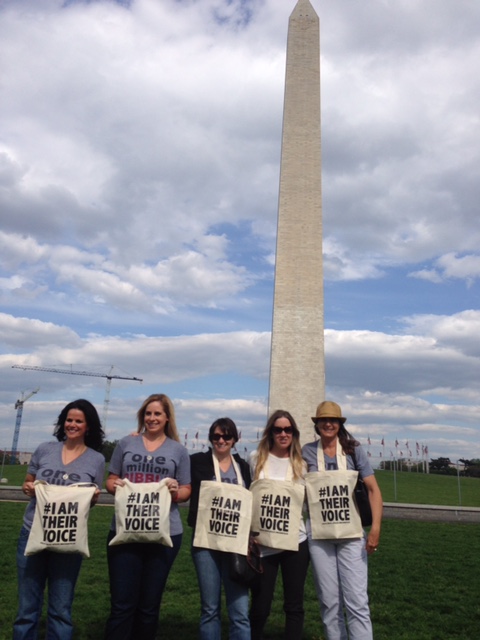 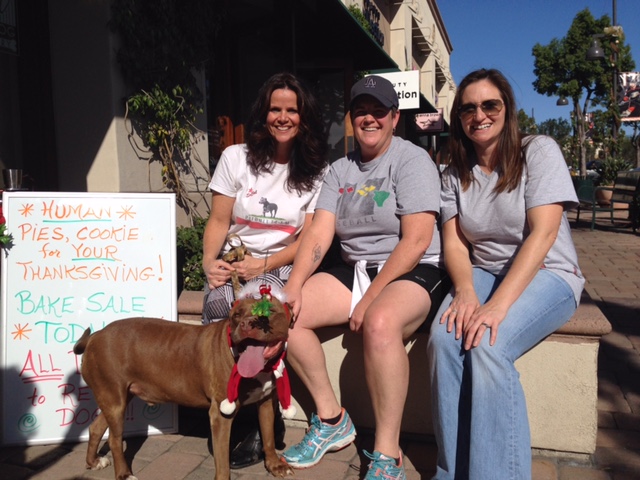 THE TEAM WITH THEIR INSPIRATION….PRECIOUS PIBBLES! 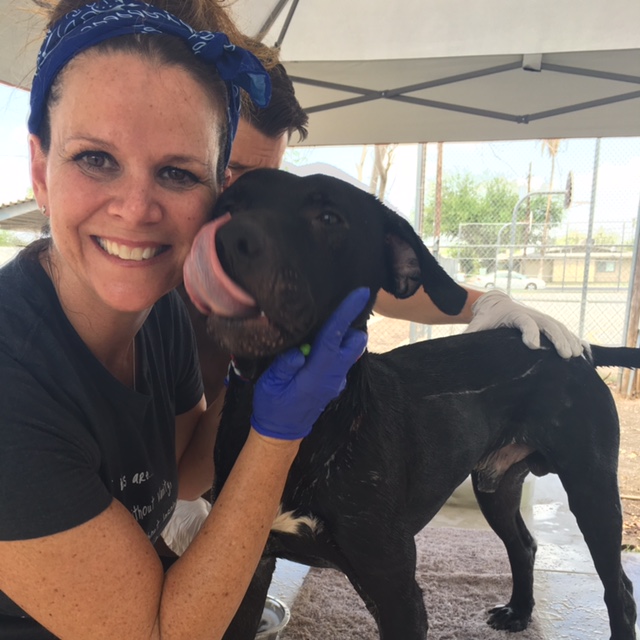 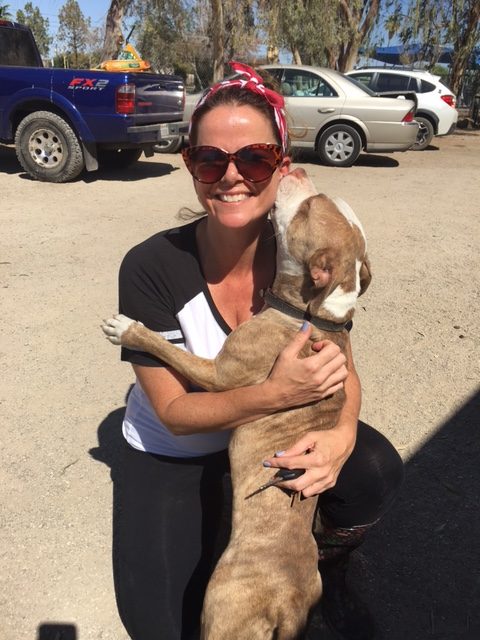 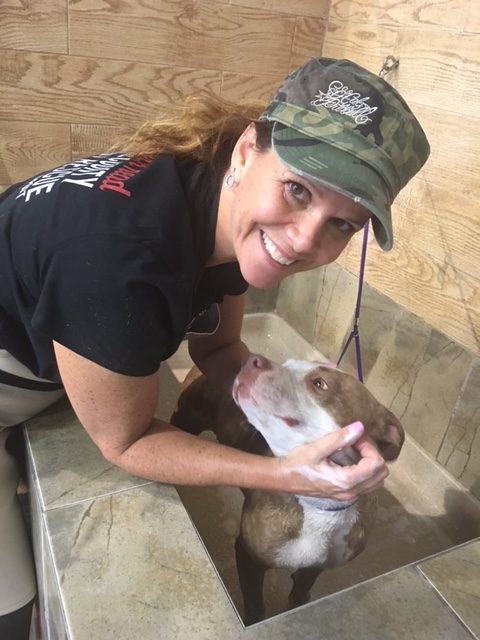 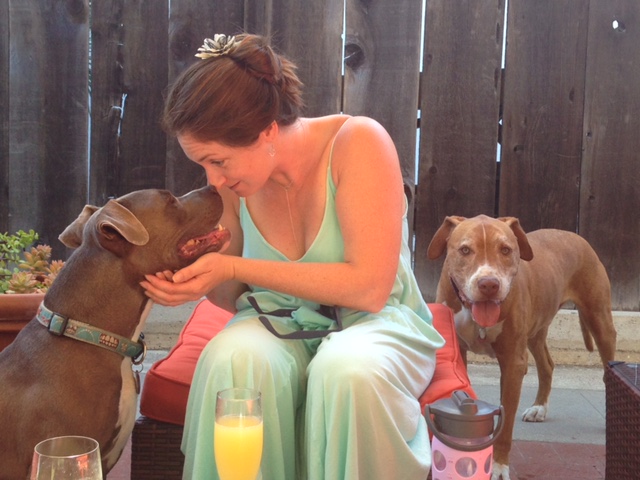 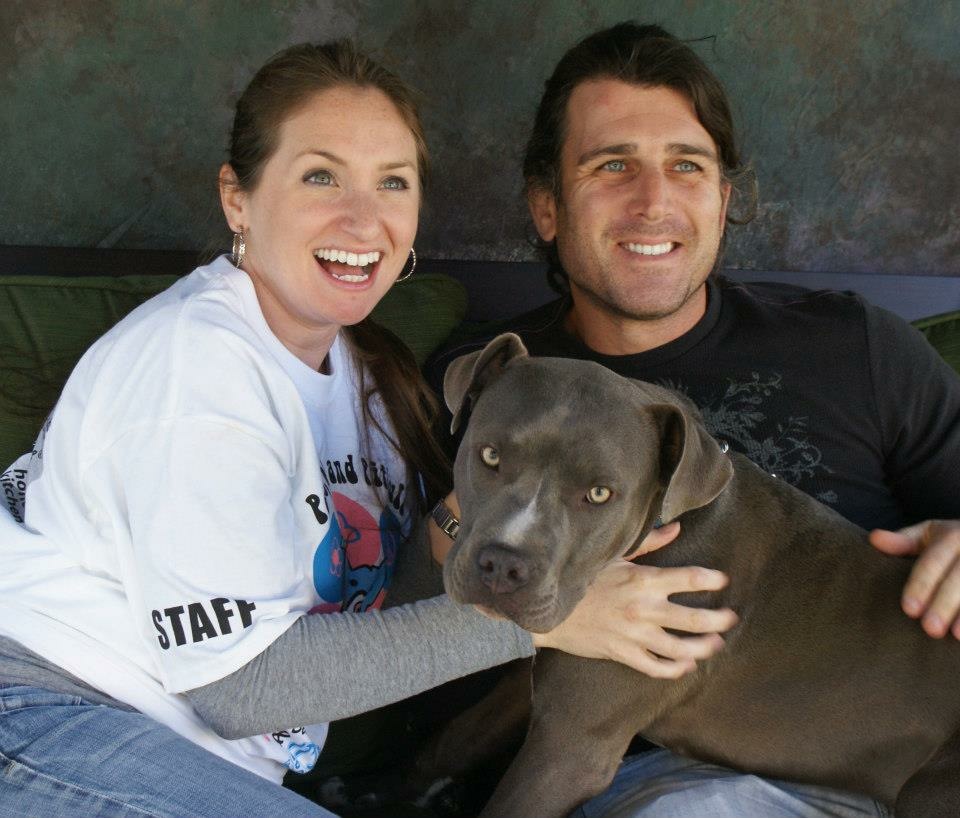 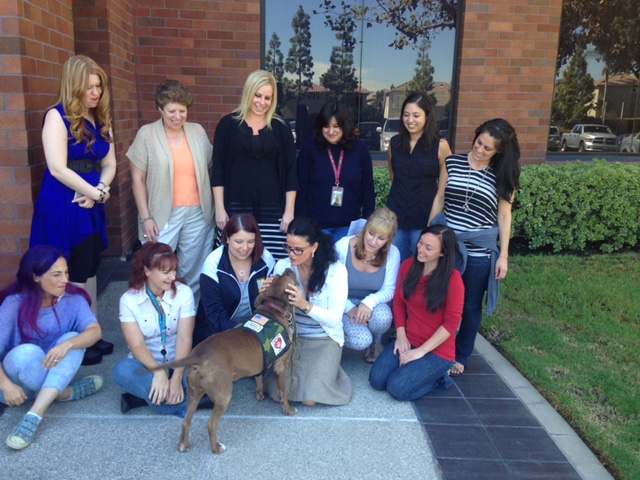 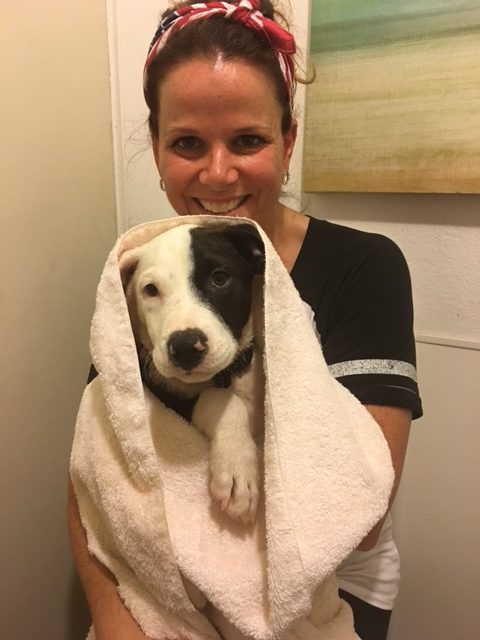 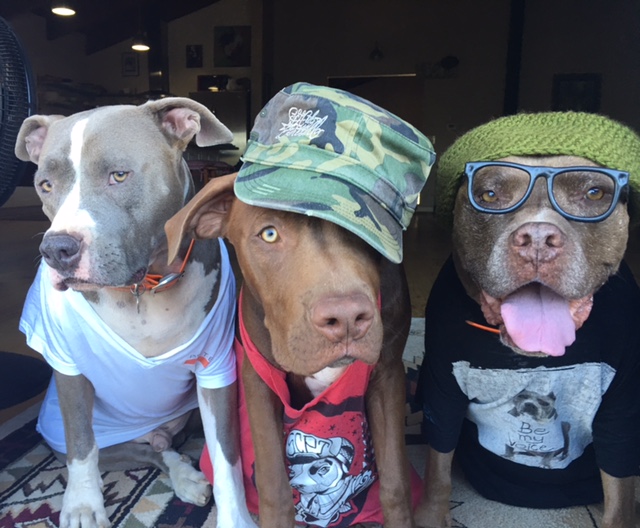