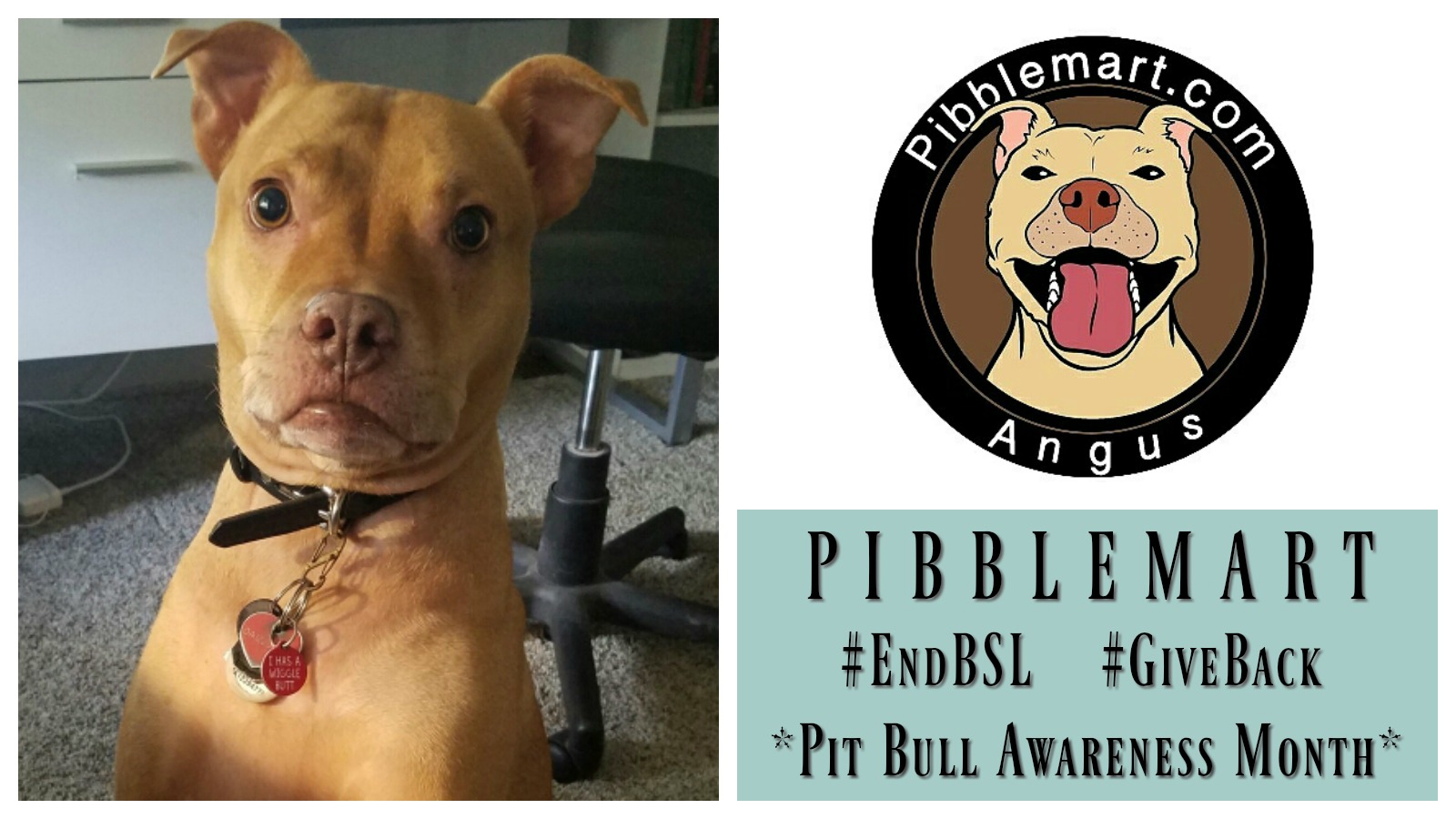 Kim has been a dog lover her entire life, but she never thought about Pit Bulls much. She never knew anyone who had one, until she found herself adopting six month old Angus to keep him from going to an unsafe environment. Kim realized AFTER she fell in love with Angus that she had absorbed a bit of the B.S. stereotyping and unfounded, myth based fear about bully breed dogs that permeates our society. It didn’t take long for her to get over it, but it brought to her attention just how covertly this unfounded fear can get into our subconscious and cloud our perceptions about the truth. 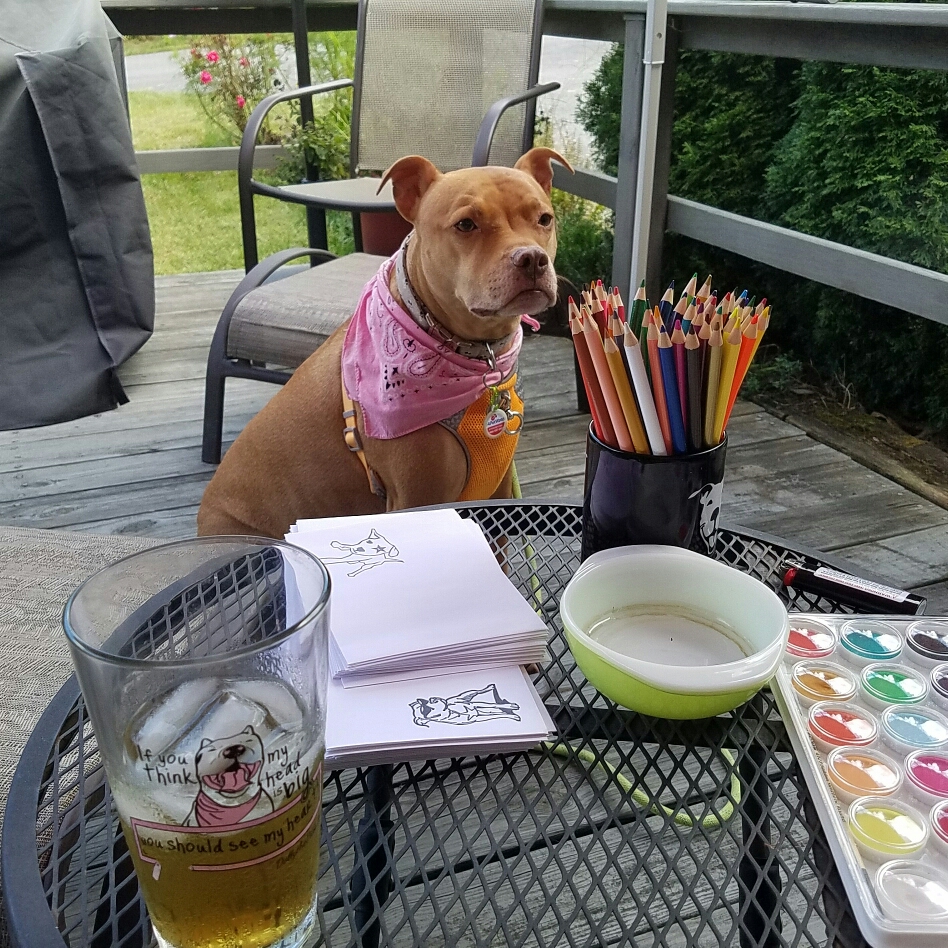 The truth is, Bully breed dogs are far down the list when it comes to aggression. It also became apparent to Kim that not only is the “inherently dangerous” argument complete B.S., but people think Bully breeds have an obvious bias towards affection and loyalty – traits they have that are equal to any other breed. Kim was delighted to find a large and welcoming community on Instagram that already knew this, and that was working to change this horribly wrong perception. To Kim, the situation seems more about people who need an outlet for their own fears, aggression and darkness, than really about a legitimate claim of a “dangerous breed” based on evidence and actual facts. It makes her sad and angry that PEOPLE abuse Bully breeds and yet the only answer society can seem to come up with is to kill the victim, or at the very least, treat them with extreme prejudice.  The real threat are the humans that abuse them. 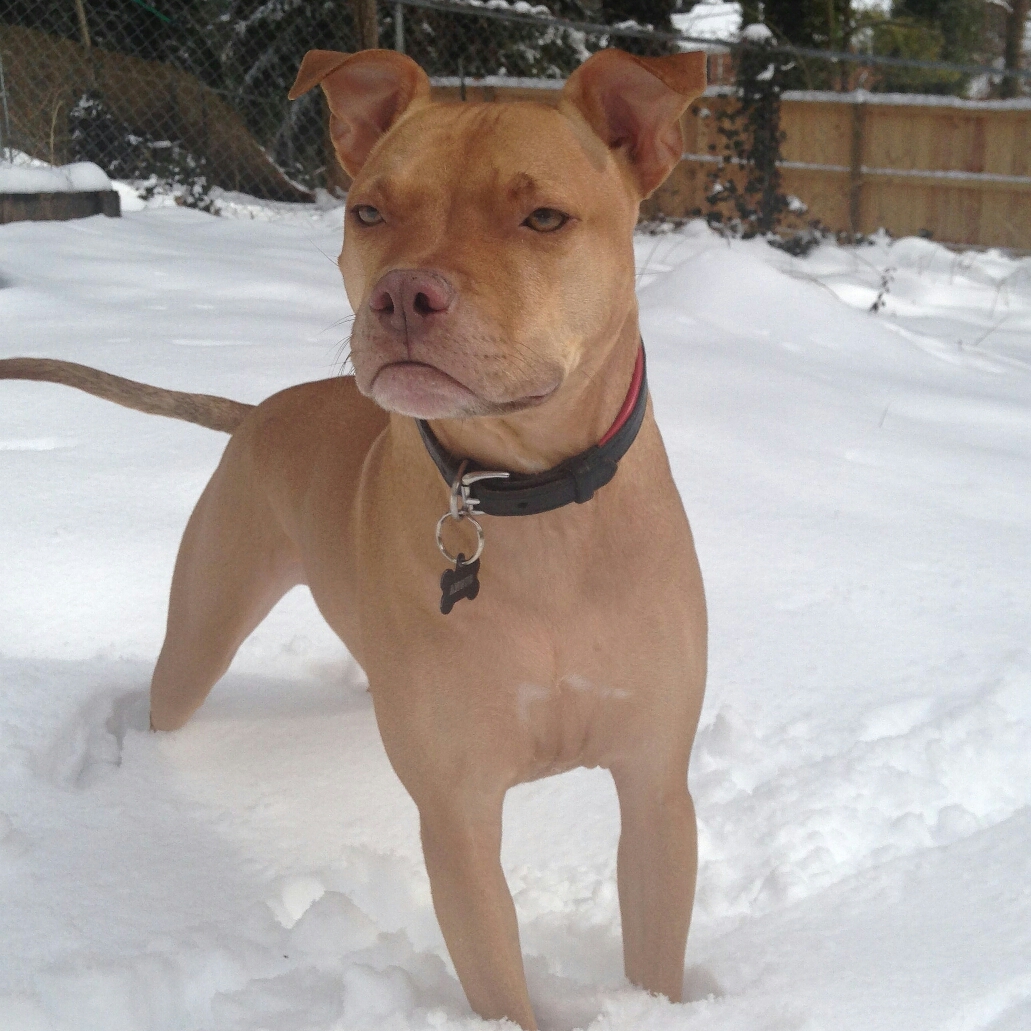 Pibblemart is Kim’s way to the fight the ugliness of blaming innocent dogs for the crimes of man, while at the same time offering items like apparel, handmade goods and stickers that help others to celebrate, educate and advocate to the world the truth about Bully breeds. By creating items that spark opportunities for conversations with folks who may be like Kim was – just simply uninformed and unaware of the misinformation they soak up without even realizing it. Everyone must take the blame off the breed and put it squarely where it belongs – with the humans who abuse and neglect Bully breeds. 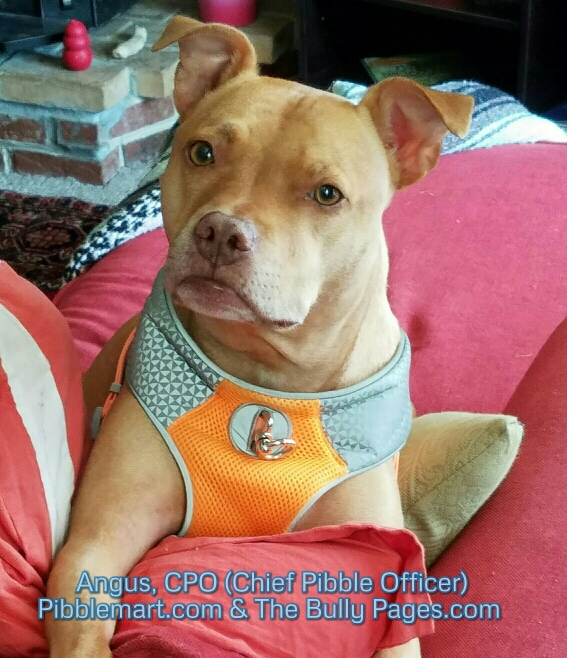 Giving back is the cornerstone of  Pibblemart.com.  Kim started the shop as way to raise awareness for and give back to the Bully community. Pibblemart just wrapped up two fundraisers where they donated over eight hundred dollars to to SNARR Northeast from their #BaconsTag  Orange Paw Army campaign, along with a National Pit Bull Awareness Month Mug and Sticker combo in support of A.D.O.R.E. Houston and Unity for a Solution.  Offering her e-commerce platform and distribution channels in support of the amazing Erin and Logan (@baconandmommy) has been a wonderful experience and brought even more opportunity to do more for the community.

The Orange Paw Army campaign centered around a tag that was inspired by Erin. Her blind pup, Bacon (read our feature here), was found in a trash can after being thrown away by a back yard breeder because he was blind. Kim showed Erin a paw print tag she was making out of reclaimed English bridle leather and Erin suggested that if she painted the paw orange, it would make a great symbol for animal abuse awareness.  Erin’s son, Logan, is seven years old and already deeply touched by animals in need, so they decided that with Erin’s guidance, Logan would decide decide who would receive their donations. The animal loving Instagram community embraced the idea and now, they even have a special Instagram account (@orangepawarmy) where people can meet each other and the special pups that are themselves, survivors of abuse. Kim sees a lot of other companies saying they are giving back from their sales, but she believes in posting the actual screenshots on their @pibblemart Instagram account, so that their supporters know exactly how much they donated and to whom. Kim loves this model of fundraising because it allows anyone to rally their Instagram community in support for those in need, without having to build the infrastructure to do so, or worry about the logistics of sales and distribution. 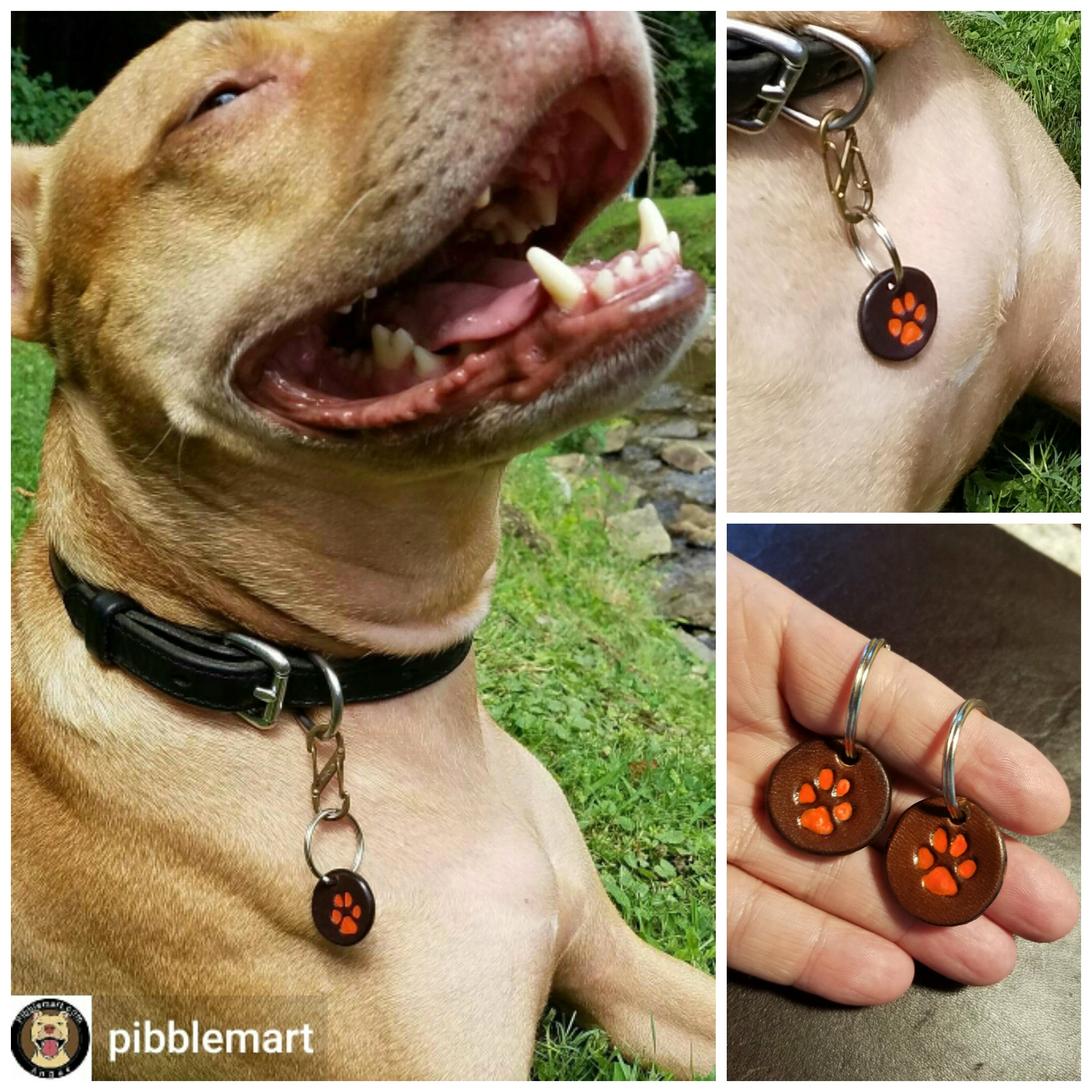 It’s been wonderful for Kim to find so many people among her internet community working to change the hearts and minds on behalf of Bully breeds.  She hopes they will feel at home at Pibblemart and support their mission. They are committed to the fight against Breed Specific Legislation (BSL). In addition to their cooperative fundraisers (learn how to become a fundraising partner here), Pibblemart is proud to donate 20% of all their profits to advocacy and rescue. 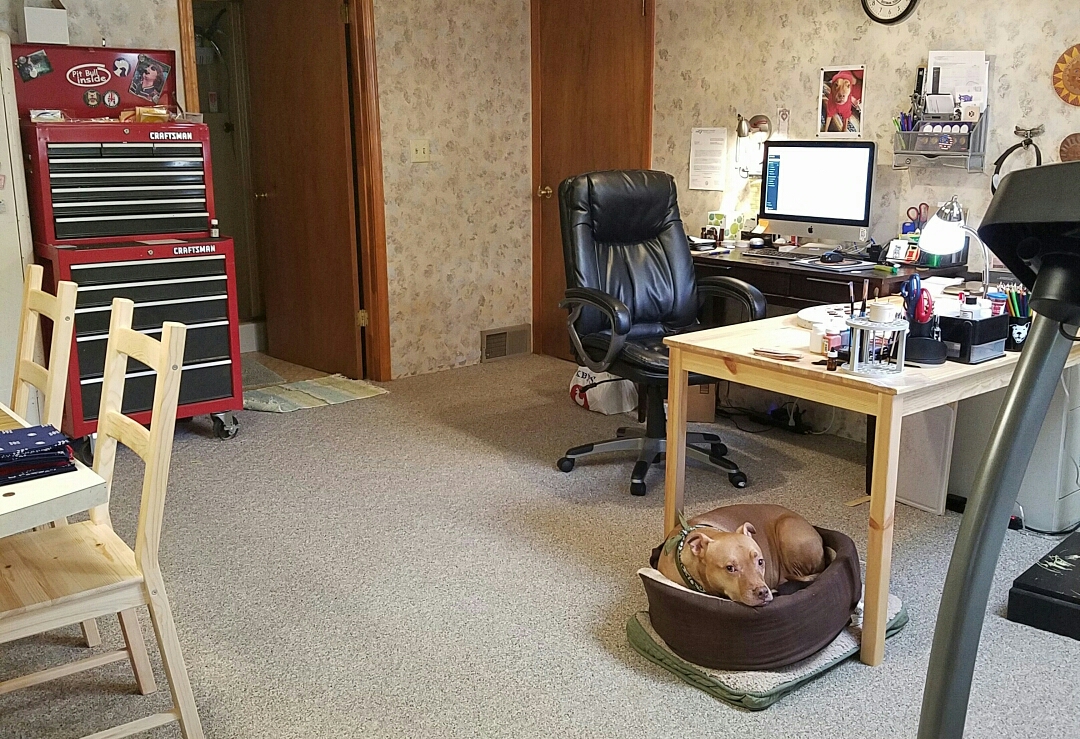 Learn how you can become a fundraising partner with Pibblemart HERE
Shop the Pibblemart website and give back to the Bully community:  Pibblemart.com
Follow Pibblemart on Instagram @pibblemart 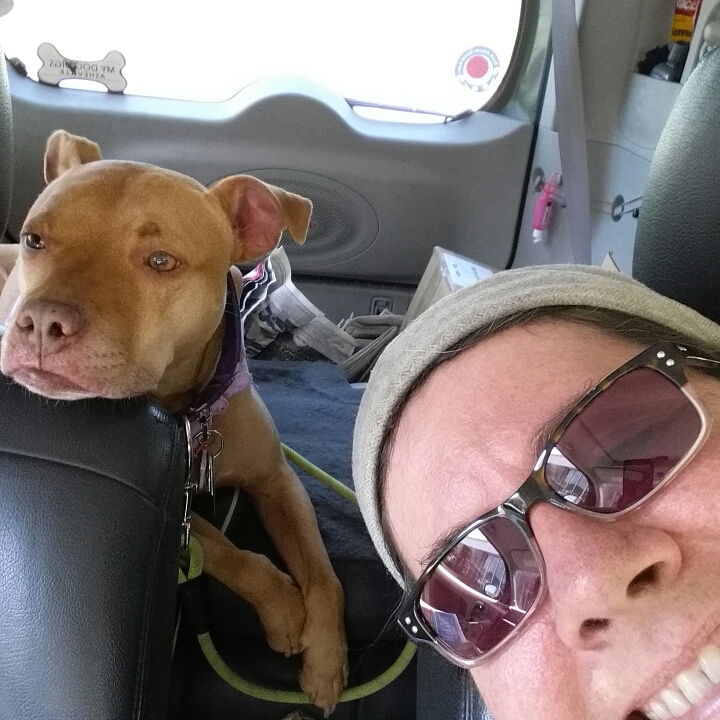 Thank you so much @theadventuresoflillythepitbull for recommending us. We love you Miss Lilly Bug ???????????????????????? #Repost @theadventuresoflillythepitbull ・・・ Would you like a super cute pibble sticker for your pibble to nap by? You can get your very own at @pibblemart ???????????? Pibble Mart is run by Kim and Chief Pibble Officer Angus! Together they are working hard to spread bully breed awareness and #endBSL You can follow them at @angusthepittie There is also a sticker available (my personal favorite) of a pibble peeing on the letters BSL! I have that one on my back truck window. I think any bully parent needs something like that in their life ???? #pitbull #puppy #dogsofinstagram #WeArePetsNotThreats #AllBreedsAgainstBSL Follow our pawtners! ???? @kenzingtonthepittie @coco_n_pals @pitbullcutie @matty_lous_world @_x_tommy_the_gsd_x_ @atailofteller @ploxer_pup @_lani_girl

We’re with you gals and lion pup in spirit! Then our spirit would grab some tex mex and a Shiner! Thanks for sport’n our pibblemart.com gear!! ❤❤✊✊#Repost @dog_love_atx ・・・ Twinning with a Pittie lion @dogtoberfestaustin #dogdorks #pittie @pibblemart