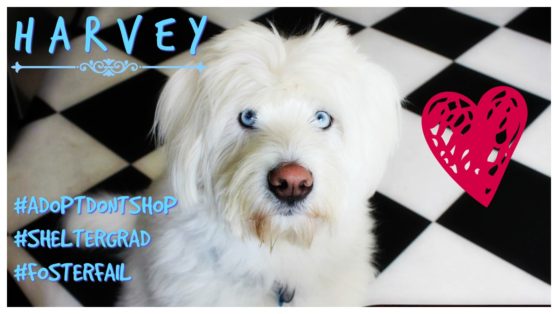 The moment that Claire saw the dog’s photo, she had a feeling that life would change. The dog in the photo, brown from dirt, had been found homeless and was now held in a kill shelter. Claire knew that this dog had only limited time to live in the kill shelter until… well, Claire didn’t want to think about that.

Claire was already well-regarded for providing foster homes to many dogs. In the past 3 months, Claire had fostered 7 dogs in her home. Bonding with these dogs before they got adopted was weighing on her heart, so Claire announced to the good folks at Spark Rescue, a small Santa Barbara, California rescue, that she was taking a month off from fostering. But she still continued her volunteer work, creating Spark’s Instagram account (@sparkrescue), assisting with events, and helping with transporting.

Claire hoped the next dog she met would possibly be hers to keep. She was always told there would be a spark, an intense connection, unlike with any other dog. “When you meet the right one, you’ll just know,” she was told. Claire held out for that feeling. She wanted to make sure not only that she chose her pup, but that the pup chose her. 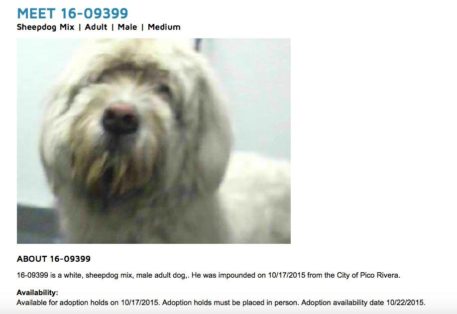 When she saw the dog’s photo (dirty brown, tan and white) and description (“sheepdog mix, adult, male, medium”) on the kill shelter’s website, she asked Spark Rescue to pick up the dog for her to foster. Claire’s month-long vacation from fostering was over on October 22, 2015.

Next, Claire did what she had typically done so many times when Spark Rescue had pulled a group of dogs from the kill shelter: She met up with the dogs and Spark Rescue’s founder at the groomers.

But this time something was different. A white fluffy dog immediately sat in Claire’s lap when she met him. This was the same dog she had seen in the photo, but he had just been bathed. As the dog was dried and brushed, he tried to lick Claire’s face the whole time. As Claire brought him home to foster, he didn’t leave her side. Claire had never felt a more immediate bond with a foster, and knew she would be a foster fail for this fluff ball: Harvey!

Harvey took time to really trust his new human, Claire. He grew to know he could safely eat from her hand, comfortably sleep at the foot of her bed, and run around off leash at the beach, but always return to her. His DNA results came back as quite a surprise: 1/2 Husky, 1/4 mini poodle, and 1/4 chihuahua! It took Harvey a few months to find his voice, but now he howls every time he is excited for a walk, gives a bark to warn when strangers come to the door, and will whine with excitement when he sees a new toy. He loves playing keep away with his ball, swimming in the ocean and pools, and cuddling with everyone he meets! Harvey could not be a more perfect pup.

And Claire could not feel more lucky to be his Good Human.