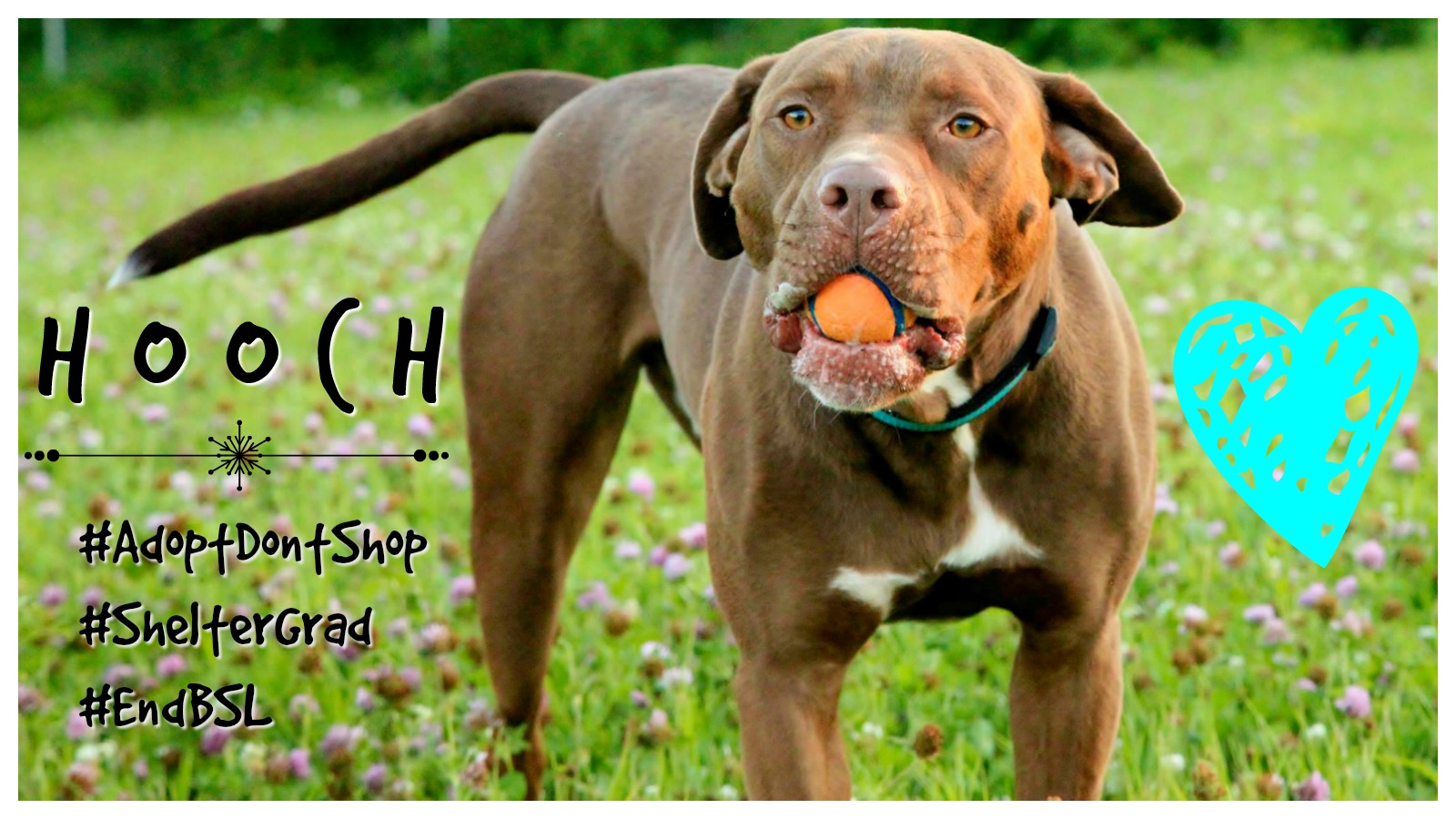 Hooch was found running around on a Minnesota highway by a good human. The woman saw Hooch, opened her car door, and Hooch jumped right in and ate her ice cream! She took him to animal control, and the officer working at the time decided that Hooch was too sweet to bring to just any shelter, as he would probably be put down, simply because he was a pit bull. Thankfully, the kind hearted officer brought Hooch to Adopt-A-Pet Inc (after waiting for an opening for 3 months)!  Adopt-A-Pet Inc was being run by an elderly lady, and due to her age, the organization was set to close their doors, so there was not a lot of time to find Hooch a home. 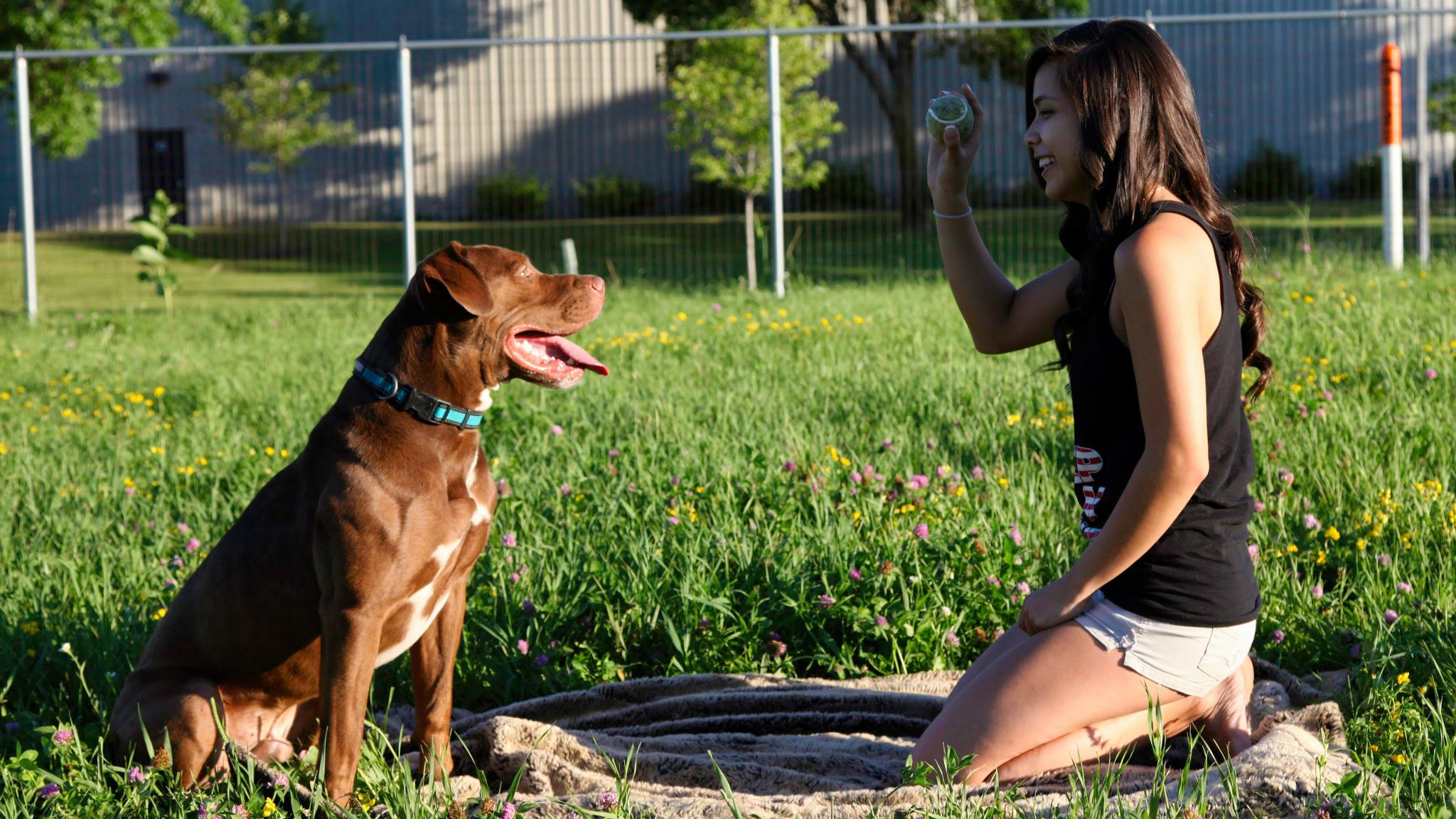 Lizz happened to be volunteering at Adopt-A-Pet Inc. the day that Hooch was brought in, and she immediately named him. After 3 months at the shelter, Lizz decided to foster him until he found his forever home.  Because of his size and energy level, people immediately labeled Hooch as a “dangerous” dog, so there was very little interest in him. Lizz knew that Hooch was NOT dangerous, but was sweet and lovable, so after fostering him for a month, she decided to give him his forever home!
After plenty of exercise and training, Hooch started to steal the hearts of everyone he met!  He can often be found on the campus of the University of Nebraska-Lincoln with Lizz, bringing smiles and stress relief to the other students.  He helps educate people about his breed, and has inspired a number of peo 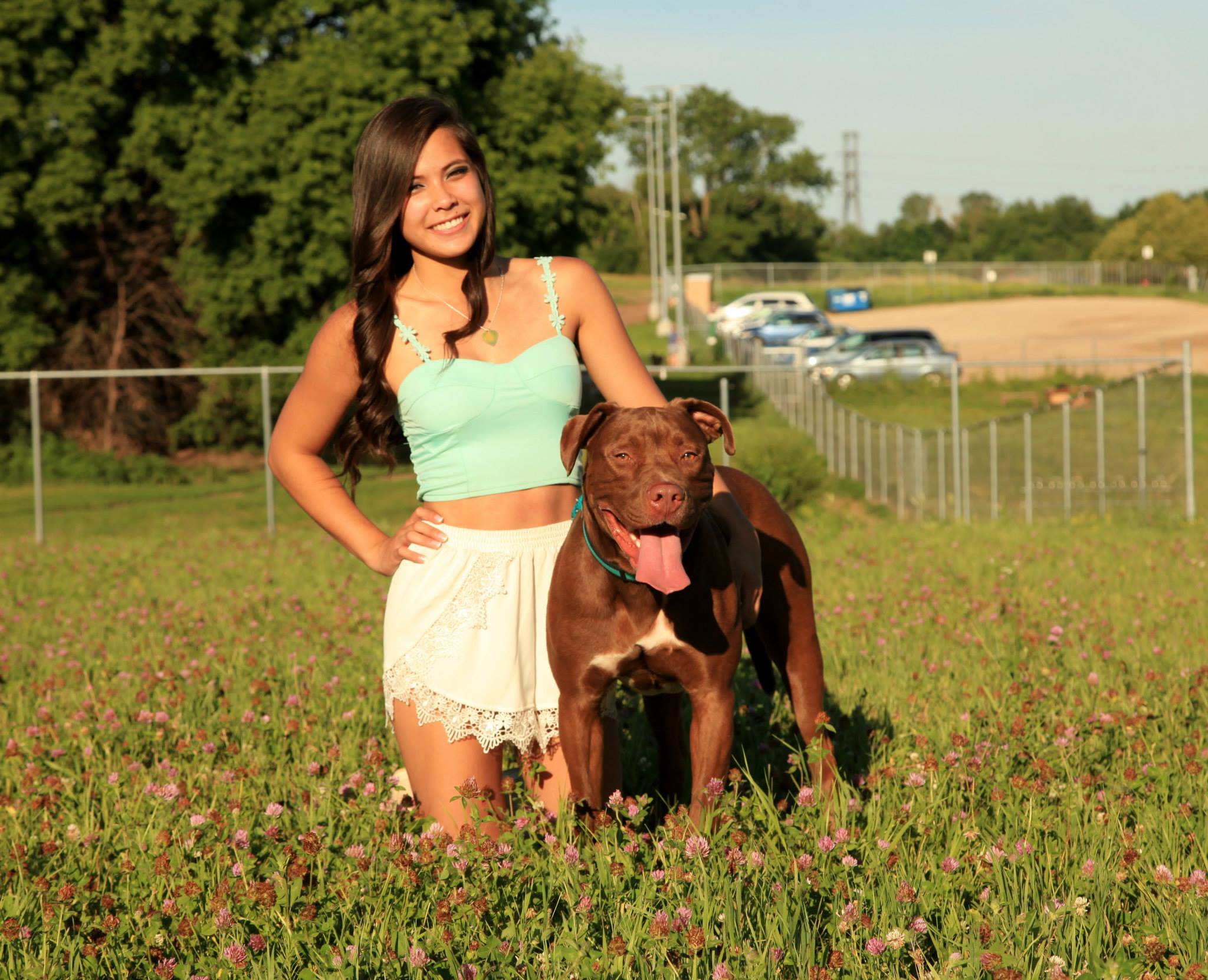 ple to adopt pit bulls!  He and Lizz also help money for local Lincoln, Nebraska rescues.
Hooch lives with his forever mom, and many fur siblings, including dogs, cats, and ferrets…and he loves them all!

All I want to do on this Monday….

Nothing like being carried like the baby I am around campus. ????????❤️???? #andfriends #pitbullsofinstagram #dogsofinstagram #pibble #baby #gbr #husker #lnk #nebraska #gobigred #unl

We had a fun weekend in Minnesota! Hooch is less than enthused to make the 7 hour ride back to Nebraska. ???????????? #Hoochthepitbull #dogsofinstagram #pitbullsofinstagram