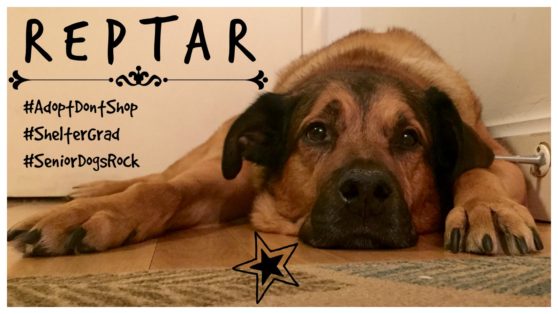 Connie and Aaron adopted Reptar (or Johann, as he was known at Brooklyn Animal Resource Coalition, or BARC) back in November 2014, around Thanksgiving. They had been volunteering at BARC by walking adoptable dogs on the weekend, and that’s when they met first met him. They were so surprised to learn that he had been at the shelter since 2011, and even more surprised when they were told that he was adopted and then returned after only a short period of time. It seemed like no one wanted a senior (9-10 years at the time) and large dog (Mastiff/German Shepherd mix) in New York City. Connie and Aaron instantly fell in love with Reptar, as he was very well trained and such a good boy. 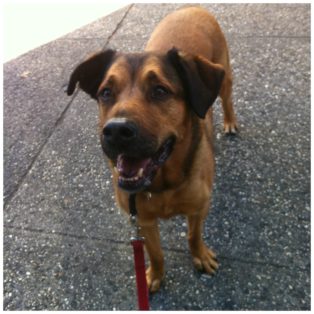 Homeless in Winter. Reptar was homeless and roaming the streets in the Bronx, New York, when he was originally picked up by Animal Control. It was  in the middle of winter, so he had a severe case of pneumonia and was very underweight. He was actually due to be put down but was saved when BARC took him in. While at BARC, he had a non-cancerous tumor removed from his thigh.
Six months or so after Connie and Aaron adopted him, they learned that he had a soft-tissue sarcoma in his chest and without even thinking about it, they had it removed so that the quality of his life would be improved. Reptar improved the quality of THEIR life and they wanted to return the favor to their not-so-little, little guy. 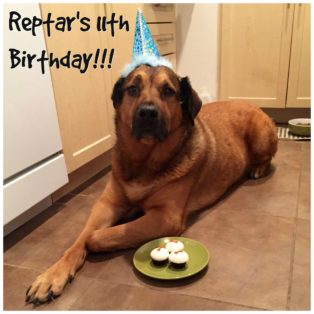 Connie and Aaron love to cook, so they make Reptar fresh meals everyday! Some of his favorites are sweet potatoes, venison steaks, short ribs and dog-friendly pot roasts. Sometimes, he eats a lot better than his parents!
Reptar’s favorite hobbies include watching TV (his favorite show on Netflix is Gilmore Girls), hanging out with their pet hamster, sniffing things and exploring the city with his good humans. He is really smart and has also been learning lots of new tricks when he has free time! 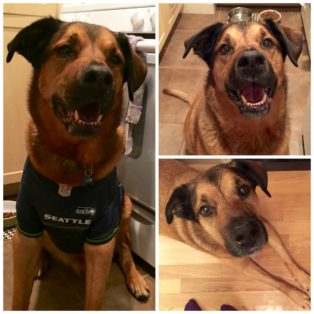 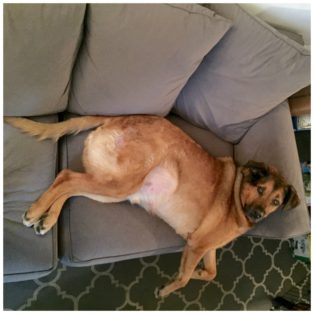